PLEASE TAKE A MOMENT TO REVIEW THE THREAD RULES ON SPOILERS (SEE BELOW)​
The Walking Dead returns with the highly anticipated final eight episodes of the show's fourth season beginning Sunday, February 9th at 9/8c. Following the devastating events of the mid-season finale, Rick Grimes (Andrew Lincoln) and the group are still reeling from the loss of their home, family and friends. With the destruction of the prison, the group of survivors is broken apart and sent on divergent paths, unsure of everyone elses fate. What was a challenging life behind fences and walls grows that much more perilous and precious as they are exposed to new dangers, new enemies and heartbreaking choices. They will have their faith thoroughly tested  a faith that breaks some of them and redeems others.


AMC said:
About the Show

The Walking Dead tells the story of the weeks and months that follow after the apocalypse. Based on Robert Kirkman's hugely successful and popular comic book series, AMC's The Walking Dead is an epic, edge-of-your-seat drama where personal struggles are magnified against a backdrop of moment-to-moment survival. A survivalist story at its core, the series explores how the living are changed by the overwhelming realization that those who survive can be far more dangerous than the mindless walkers roaming the earth. They themselves have become the walking dead.

In this highly anticipated new season, we see Rick and the group of survivors fostering a thriving community in the safe haven of the prison. Sadly, in this brutal world, happiness is short-lived and walkers and outside threats are no match for danger brewing inside the fences. The group's home and new way of life will be thoroughly tested, and their struggle to survive has never been so perilous. Season 4 also introduces several new characters including Bob Stookey (Lawrence Gilliard Jr., The Wire).

Standard rules apply: after the 9PM ET/6PM PT airing of a new episode, the details of that episode may be discussed openly without the use of spoiler tags. Please remember to spoiler tag any preview and/or promo discussion for episodes that have not aired.

Leaks: The posting and/or discussing of leaked material is strictly prohibited in this thread. All discussion regarding unofficially distributed media belongs in The Walking Dead Spoiler Discussion Thread.

David Morrissey as The Governor​

Thanks for the new thread! Great work, as always. Cornballer said:
Thanks for the new thread! Great work, as always.
Click to expand...

Thanks for locking the old one!

It's so convenient that you're a mod now!
F

Couldn't you drop that third row of characters? One was exiled and the other two are dead. Not trying to nitpick, but it caught me off guard seeing them listed.
I

Thanks for the OP.

Mufasa-Hershel gets me every time.
S

Excited for Michael Cudlitz to be joining the show.


This GIF lol, so good

Couldn't you drop that third row of characters? One was exiled and the other two are dead. Not trying to nitpick, but it caught me off guard seeing them listed.
Click to expand...

That was actually something I struggled coming to a decision on. lol

I wanted to drop The Governor and Hershel of course but I still wanted Carol up there... but then my OCD would end me seeing three even rows and a fourth row with just one portrait. hahaha

But now I actually just got another idea! Gimme a sec and check that section again in a little bit.
D

Subscribed, let's do this. The Zombie Train is leaving the station.
S

Couldn't you drop that third row of characters? One was exiled and the other two are dead. Not trying to nitpick, but it caught me off guard seeing them listed.
Click to expand...

What if Carol comes back though?
R

Whoo! Can't wait to see what the final half of the season brings. Should be some really good stuff.


Scalemail Ted said:
What if Carol comes back though?
Click to expand...

What do you mean 'what if'? Of course she'll be back!
T

Those red xs, man. All them Herschfeels.
L

CorvoSol said:
Those red xs, man. All them Herschfeels.
Click to expand...

It could have been prevented! Damn your stubbornness Rick!
J

I must say I am pretty hyped, I especially cannot wait to see
Abraham
. Based off the pictures I have seen they have his appearance almost perfectly. I just hope they can give him enough air time considering we already have a lot "badass" characters alive still.

One thing I am still curious is anybody have any idea who the hell
Gareth
is going to be loosely based on from the comics? The only new characters they should from the comic relatively soon are those
bandits, the Hunters, and Gabriel
. It should be interesting to see what they do with him.
R

I'm not sure I like how series these days tend to divide season into 2 parts. It makes the season feels less cohesive. The governor arc should have ended in S3 instead of halfway through S4.
S 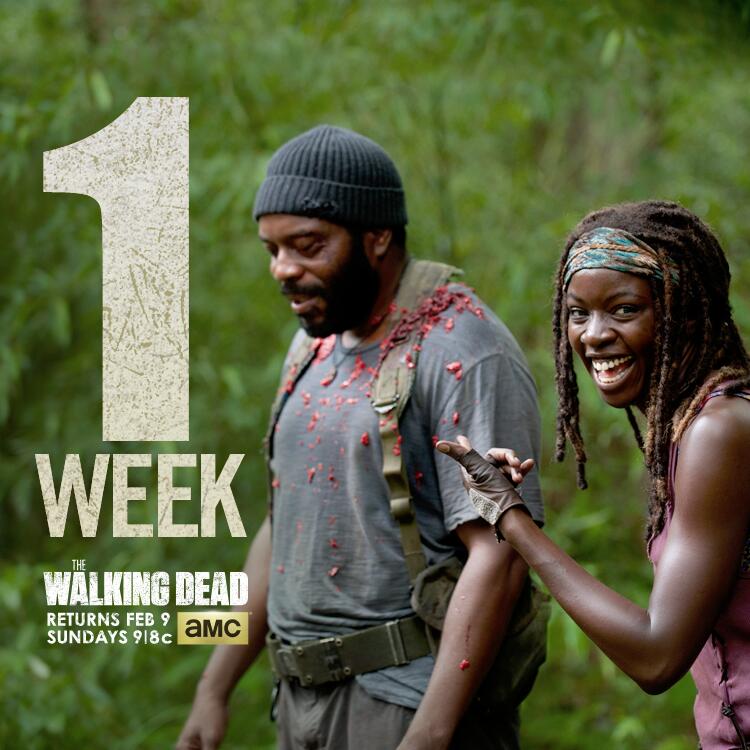 joseph1594 said:
One thing I am still curious is anybody have any idea who the hell
Gareth
is going to be loosely based on from the comics?
Click to expand...

Considering the fact that he's going to be a
regular in season 5, I imagine that he'll be a remix of Jesus.

Replicant said:
I'm not sure I like how series these days tend to divide season into 2 parts. It makes the season feels less cohesive. The governor arc should have ended in S3 instead of halfway through S4.
Click to expand...

I prefer to think of each half as it's own mini season, ala season one. The whole thing is basically AMC's way of getting more bang for their buck, but I think it ends up working in the show's favor because the writers only have to write 8 episode arcs instead of one long 13 episode arc.
F

Walking Dead coming back on my birthday, there's probably a depressingly appropriate analogy I can make here. :lol
S

Thanks for the new OP. I'm ready for this.

Yeah, despite being a fairly useless character, I can't say I don't enjoy seeing her on TV.
X

dcdobson said:
Yeah, despite being a fairly useless character, I can't say I don't enjoy seeing her on TV.
Click to expand...

Love these OPs, especially for the gifs at the end. Subscribing, can't wait.
1

I want someone to edit together clips from part one of S4 and make a mock cold & flu medicine ad out of it.
X

Carl has that locked down.
O

Steelyuhas said:
Excited for Michael Cudlitz to be joining the show.
Click to expand...

Haven't read the comics, so no idea, although I understand he's a significant character from them.
O

Steelyuhas said:
Haven't read the comics, so no idea, although I understand he's a significant character from them.
Click to expand...

I vaguely recall reading them sometime last year? But wouldn't want to spoil myself in the chance I remember the character he's playing

lol at the basketball gif. Thank god they're out of the damn prison. Hopefully the show keeps them moving now. Things always get incredibly boring when they settle down someplace.
C

Will be interesting to see what each group will do to ensure their survival. Also how many episodes until they reunite? I'm saying 4 at the most.
T

Xion385 said:
Carl has that locked down.
Click to expand...

Apparently not, last time I checked. Besides, he's like what? 14 or something? I've got 5 more years on him.
M

Can't wait. So glad the prison shit is done with. Can't wait to see where everyone has ended up.
C

I'm so ready. Looking forward to the introduction of the new characters.
K

can't wait to watch this on itunes
after everyone else
L

lazybones18 said:
It could have been prevented! Damn your stubbornness Rick!
Click to expand...

I mean, Herschel wasn't going to last forever anyway, so I suppose going down as a Martyr is better than being eaten alive.


I never wanted Herschel to die ever.
F

Wow. Clicking on Tyreese and Sasha's bios is sad. They get 2-3 sentence bios while the others have like 8 paragraphs to them. Not even the AMC website knows what to write about them!
F

This thread needs some Maggie

- EW Interview: Danai Gurira on what's to come for Michonne *some spoilers*
F

Pugchionne is there. All is well with the world.
T 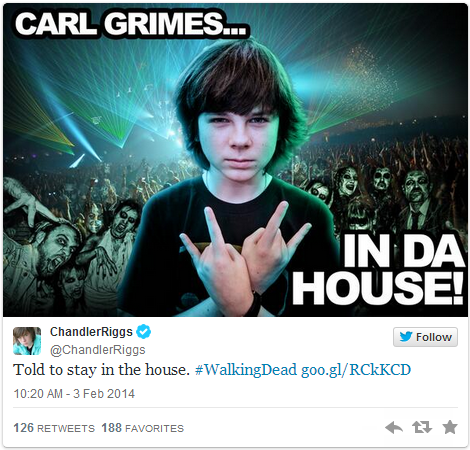 and all of a sudden I don't feel like a giant creep anymore. That's a huge weight off my shoulders.