Total shipments and digital sales for 13 Sentinels: Aegis Rim have exceeded 130,000 units in Japan, publisher Atlus announced. The Vanillaware-developed dramatic adventure game was last reported to be at 100,000 total shipments and digital sales back in January. 13 Sentinels: Aegis Rim launched for PlayStation 4 in November 2019 in Japan, followed by other Asian territories in March 2020. A western release is also planned, but a date has yet to be announced.
Click to expand...

Considering the small size of the studio, 130,000 probably is too bad. I wonder if this will ever get localised for western audiences? 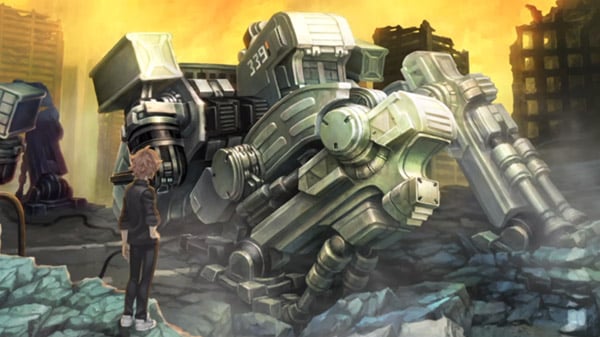 130,000 is reasonably good, to draw comparison Dragon's Crown (PS3) LTD was around 150,000 in Japan if I recall correctly. I hope they don't take too long localizing this.

I heart Vanillaware. Dragon’s Crown was a double-D sized mashup of awesome.

Not a big production. Numbers are decent for a new ip, plus is more like a VN, no?

Way better than Persona 5 Scramble on switch, for example.

Atlus confirmed localization, but who knows..

Even watching a stream of this game was difficult for me. It looks gorgeous, but seems to have almost no gameplay.

I'll probably still get it if it comes over but it seems like an incredibly divisive game. Surprised its selling well, but good for them.

This game was supposed to be awesome, right? I seem to recall that, despite it not being what people expected, it ended up being really good.

Either way, I'm excited for the US launch. Vanillaware is one of my faves.

Can ya boy get a white people release?
You must log in or register to reply here.