15 years ago today, the greatest wrestling show of all time took place

DoctorWho said:
You want to catch up? Remember who left X7 as champ?


Yeah, he's champ. You wouldn't have to catch up on much. At most you just need to learn the new wrestlers.
Click to expand...

Yeah, but the thing is, before I lapsed and let the years add up, I really was a HUGE WWF/WWE fan. I still am, but I blocked out everything the past 4 years in hopes of catching up without knowing things out of order. That dedication is what makes me want to watch everything.
C

Rock and Austin were always good for laughs on the mic. I think Angle was very good in this regard too. Those guys always had me laughing along with Vince and his strut/antics.
A

This thread makes me hate that I'm 31 years old now.

I wish I could turn back the clock and just go back to Stone Cold Stunning everyone and doing the People's Elbow on my friends. Hahaha.

That was without question the best WM of all time. I also have an urge to listen to Limp Bizkit now.
H

Acorn said:
The eras as defined by wwe are always a little off. Attitude era officially started with austin winning the title, in reality Shawn Michaels going full dick mode kicked off the change in tone.
Click to expand...

Here is my timeline for the eras

Golden Age/Hogan
- When Hogan pins Shiek - till 92 when Bret wins titles.
At this point most of the big 80s stars are gone and there is a passing of the guard with Savage and Flair getting phased out

New Generation
- Bret's title win in 92 - KotR 96 Austin 3:16 speach. That kicked things off into high gear. 96 was when shit started getting real. Remember Brian Pillmans gun? That ain't no New Generation era. That's Attitude and it was 96. Late 95-96 you can see the transitional change.

Attitude
-96-2002. Though some will say it ended with the Invasion and others say when it turned WWE. Both are good arguments. The format never really changed much between 2001/2002

Ruthless Aggression
2002- whenever PG kicked in. Still had somewhat edgy content with a stacked roster in the early years.
A

Who remembers the struggle of WWF Raw is War games on the PS1 and N64 and complaining endlessly there were no entrance videos playing on the screen before matches began?
D

Heel Austin gave us one of the best tag matches of all time. Seriously, go watch 2 Man Power Trip vs Benoit and Jericho.
D

Got serious feels reading all of this.

Fuck i want wrestling to be this good again! 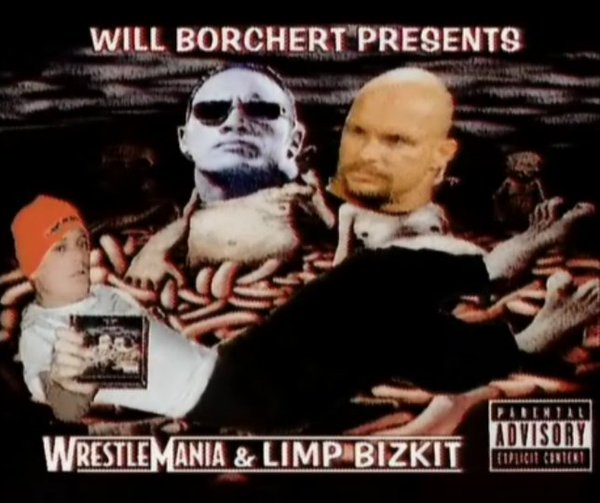 I remember the TLC match vividly. Everything else was secondary. They stole the show.
M

X-7 is like the Ocarina of Time of WMs - overall great package with a bummer ending (like the rest of you guys, wrestling just wasnt the same afterwards.)

Still, the ending was better than Wrestlemania 2000's (the beginning of Triple H having to win every friggin thing...)
M

I was actually there for it. It was strange to not hear the commentary like i'm use to, and well, I never followed wrestling after it.

Fun as heck show though, last time to see all the greats from my jr high/high school era.
D

Invasion was more like a weak finale to the Attitude era. The brand split of Smackdown and Raw was the beginning of the downfall.
B

Yep, the brand split was the beginning of the end. It was never the same afterwards.
R

Damn I remember this all so well, I have fond memories of wrestling back then, I was really lucky to have been able to watch and enjoy it at such an amazing time. And the build-up video for the Austin - Rock fight really was just perfect.

WCW was sold 20 years ago today.