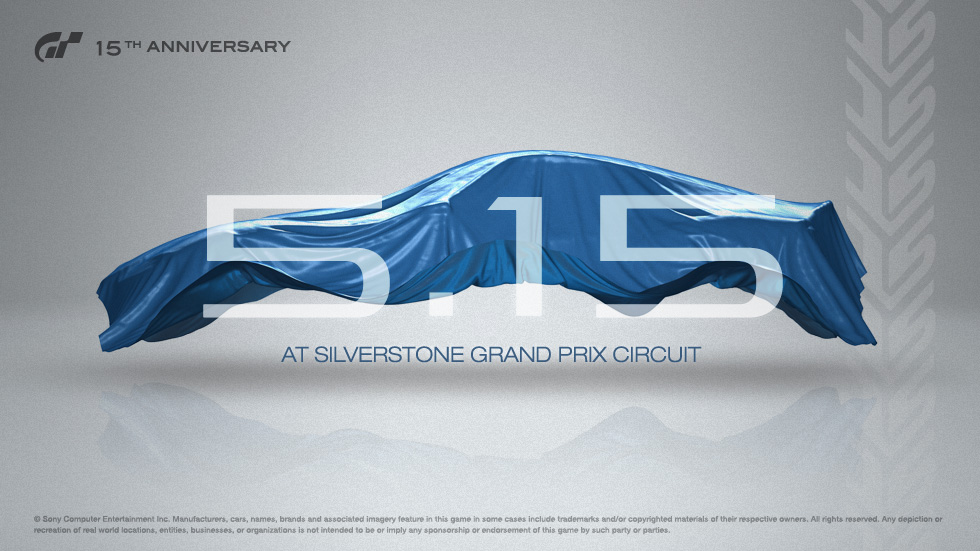 Join Us
to Celebrate 15 Years of Gran Turismo, and discover the exciting announcements about its future
Click to expand...

Sony Computer Entertainment Europe (SCEE) will host a celebration of the 15th anniversary of &#8216;the real driving simulator&#8217; at the world-famous Silverstone Circuit (UK) on 15th May, 2013. The original Gran Turismo® game was first seen in Japan in December, 1997, after five years of development by legendary designer Kazunori Yamauchi, and then released around the world during 1998. The franchise went on to become multi award winning and the biggest-selling PlayStation® title ever.

Yamauchi-san is set to provide an update on the future of the Gran Turismo game at Silverstone. His passion for all things automotive is evident in the ever-increasing levels of realism and attention to detail in Gran Turismo, and the huge range of cars for which it is famous. Strong relationships with the many manufacturers that have featured in the franchise have led to some fascinating co-operations with the automotive world; such as the Red Bull X2010 ultimate race car, GTbyCitroën concept, a design co-operation for a display featuring on the real Nissan GT-R and an innovative new app developed for the Toyota GT86.

In a close partnership with Nissan, PlayStation has taken the virtual-to-reality overlap, inspired by Gran Turismo, to a new level in the form of the Nissan PlayStation GT Academy. The now-famous racing driver development program selects the fastest GT gamers from around the world and transfers their talent to real-world racing. The competition began in 2008 and has gone from strength to strength. Over three million people have entered since its inception, and graduates of the Academy have recorded some impressive results, including a second-place finish in the 2011 Le Mans 24 Hours LMP2 class. Five Gran Turismo gamers turned GT Academy champions will be on hand at Silverstone. The &#8216;Nismo Athletes&#8217; will be showing off their real-world racing skills with some high-speed passenger laps around the famous circuit, a track that has, so far, never featured in Gran Turismo.

This mutual respect and increasing blurring of the lines between the virtual and real, has led to the Silverstone event being well supported by a host of other manufacturers as well, such as Audi, BMW, Ford, Honda, Jaguar, KTM, Mercedes Benz, Tesla and Toyota. Real-life versions of their cars, old and new, familiar to the legions of passionate Gran Turismo fans will be on display and on-track as part of the event.

&#8220;The Gran Turismo franchise continues to be extremely important to PlayStation,&#8221; explained Jim Ryan, president of Sony Computer Entertainment Europe. &#8220;We felt that 15 years of GT was an event worth celebrating along with our colleagues from the Americas, Asia and Japan. We are very grateful to our manufacturer partners for helping us to bring together a fantastic event. As well as experiencing the development of the game and comparing the virtual and real, it will be a pleasure to see Yamauchi-san and hear what&#8217;s next for Gran Turismo.&#8221;

And a little memento to last year GTPlanet who made a review over Gran Turismo who turn 15.

Celebrating 15 Years of Gran Turismo.
"On Sunday, December 23, 2012, Gran Turismo celebrates its 15th anniversary. First released on the PlayStation Console in Japan on December 23, 1997, the series has revolutionized the gaming industry, the automotive industry, and changed quite a few lives along the way..."

"...Thank you for everything in the past 15 years Polyphony Digital team. Thank you for your sleepless nights under the tables of the offices at Tobu Toyosu Building. Thank you for your love of cars, photography, history, French wines, Italian sceneries, American muscle cars, beauty of the nature and philosophy of human civilization. Thank you for the passion that drove you even in the hardest personal and professional moments during past 5500 days. Thank you for your unexplained commitment to stand against all criticism and always newfound strength that make all your efforts even greater.

All of us together made one love alive.

Thank you for the 15th anniversary of the Gran Turismo."
Click to expand...

can anyone go, or invite only?

Pretty sure this is invite only. Happy to see PD focusing on Europe where people actually love Gran Turismo.

Excited about this!
C

My invite appears to have got lost in the post.
S

Looks like the C7 Corvette outline under the cover, so I guess it's going to be the cover car.

If the staff would like to erase the Europe from the title. Amar said is about their entire career not just Europe and May 15, 2013 instead of just numbers, if everything can still fit into the title.
G

Hosting it at Silverstone is a nice touch.

Looking forward to the announcements.
C

There is no way that GT6 will not come out on PS4.
S

Silverstone? At least now I know that Gt academy 2013 will be announced there. Cant wait for GT6. Please be PS4, please! Im still hopefull.
B

SolidSnakex said:
Looks like the C7 Corvette outline under the cover, so I guess it's going to be the cover car.
Click to expand...

You think so? I think the silhouette doesn't quite match the C7. Anyone with photoshop skills and private eye aspirations?
A

Can I print this invite out and just pop along?
T

Angst said:
You think so? I think the silhouette doesn't quite match the C7. Anyone with photoshop skills and private eye aspirations?
Click to expand...

Got forbid people should actually get invited to these events.
M

Interesting that they're announcing it in the UK.
P

Lol no, they've already had a GTR on the cover. And it's not a GTR under the cover (I think not, at least)

Nope, nose is too long and low in the invite compared to:

Prologue PS3, real deal in all of its glory on PS4...in the name of The Stig I pray
R

Distance from my house to Silverstone Circuit = 53.9 miles. Worth taking the day off and trying to blag my way in?
S

engine sounds of the future
S

Angst said:
You think so? I think the silhouette doesn't quite match the C7. Anyone with photoshop skills and private eye aspirations?
Click to expand... 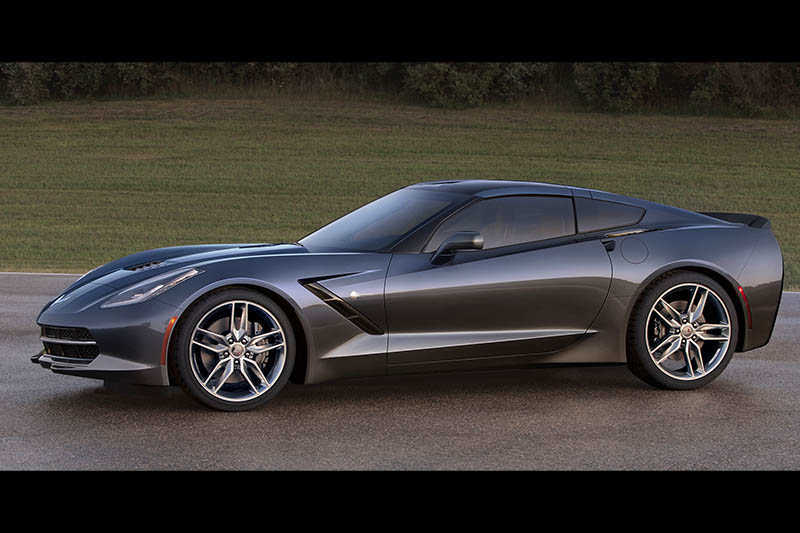 The king is back.
J

Will this be livestreamed?
B

Also hope this "anniversary" thing doesn't mean we're getting some sort of recycled version of the game this year, with a true sequel coming next year.
K

I absolutely played the hell out of GT3 and 4. I tried to like GT5 the as much but the lack of car damage and the absolutely atrocious load times killed it for me. I don't think there is anything else they could achieve on current hardware.
S

Monty Mole said:
Interesting that they're announcing it in the UK.
Click to expand...

Going to the root of fandom.
C

At least next week should be detailed.

wasn´t this the NA cover for the first game..? 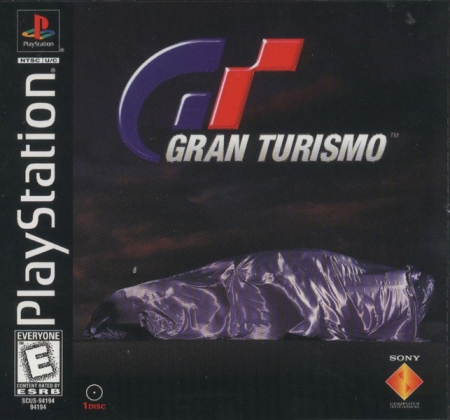 Awesome news, hope its ready to ship this year, dont care if its PS3 or PS4. Just do not announce the thing and make people wait 2 years
D

this is on the PS4 right?

I hope PD announce they are going to hire a community manager and use outsourcing.
L 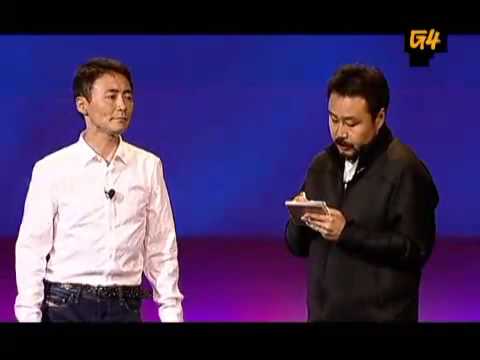 Should have been on the 21st. lol
P

My money's on GT6 Prologue being a launch title for the PS4 as well as a PS3 game.
P

Next gen Nurburgring here I come!

Jotamide said:
My money's on GT6 Prologue being a launch title for the PS4 as well as a PS3 game.
Click to expand...

They won't release anything Gran Turismo on PS4 with DriveClub releasing at launch.

Just tell me one damn thing...

Will Translator-san be there?
A

Yamauchi: I intend to continue with Gran Turismo, but also want to make something else