6 Nintendo Promo tapes not seen since 1990's on YouTube 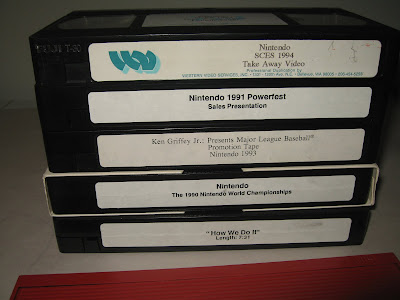 I recently purchased 6 rare Nintendo promo VHS tapes from the 1990's. To my knowledge most of the videos have not been seen publicly since they were made. They are now on youtube for all to enjoy.

The videos are a fun trip down memory lane and make it pretty obvious that there have been big changes in promotional video style in the last 20 years.

"How We Do It" - Marketing video for prospective retailers and business partners
http://youtu.be/GMEskzqVoyw


Edit: Actually, I saw the Ken Griffey Jr. one as a kid. Now we're in maaaad nostalgia territory.
K

It's funny listening to the old promos and how much Nintendo used to stress the amount of "memory and bits" that went into making a game great. Loved Ken Griffey Baseball.
E

I felt so special after I got in the mail.
J


Edit: Actually, I saw the Ken Griffey Jr. one as a kid. Now we're in maaaad nostalgia territory.
Click to expand...

I love the "100% cool" comments in Ken Griffey video. So many great lines in these videos.
U

Heh, I was about to say the same thing. I remember getting it when I was young, and thought I was so cool for being subscribed to Nintendo Power because of that tape.
D

Nintendo Powerfest? Oh man, I remember going to this at the Kingdome in Seattle when I was a kid.
X

The description of the SNES as "all-American action" is amazing.

PowerFest 2013 is the only thing that can save Wii U.
D

Props for sharing these.
T

The Power Of Snap

Darkangel said:
PowerFest 2013 is the only thing that can save Wii U.
Click to expand...

Awesome, thanks for sharing.
T

I remember that Super GB commercial so vividly. Advertisers know what they're doing.
L

Ken Griffey Baseball has got the most boss gameplay theme.

I've only watched the first one so far, but the sound mixing is really awful in it at times. xD

Great uploads though, thanks for sharing! Much appreciated.

OP, is this recorded off the screen, or is it a VHS to digital converter?
R

Will have to check these out tomorrow, thanks for posting and sharing!
D

i want a modern nintendo world championship.
A

This is still the best thing ever. Love the Sony and SEGA goons. This type of thing would never be made nowadays.
S

Flashing slogans like "Hock a loogie at life" while showing quick cuts of grungy kids skateboarding and messing with adults, while a song by the Butthole Surfers plays in the background....

That Wizard documentary lied to me. These people didn't win shit.

Picked a random video. It starts describing Super Gameboy as "Wild jungle magic". Yeah, I can't,... the cheesiness.
B

"It's The Legend of Zelda and it's really rad, those creatures from Ganon are pretty bad. Octoroks, tektites and leevers too, but with your help, our hero pulls through. Yeah, go Link, yeah, get Zelda... wikki, wikki, wick!"
@

Beermeister said:
"It's The Legend of Zelda and it's really rad, those creatures from Ganon are pretty bad. Octoroks, tektites and leevers too, but with your help, our hero pulls through. Yeah, go Link, yeah, get Zelda... wikki, wikki, wick!"
Click to expand...

I think they took this rap directly from some kid's Nintendo Power letter, if memory serves correct.
S

Truely awesome stuff. Thanks for posting this! In the first clip at 1:15 - 1:17, is that James Rolfe (Nintendo Nerd)? Sure looks like it if you've watched the episodes with clips from when he was a kid.
J

Alo81 said:
OP, is this recorded off the screen, or is it a VHS to digital converter?
Click to expand...

There were recorded directly from the TV. I do plan on getting them digitally converted at some point so I have permanent copies instead of fickle VHS tapes.
M

jjgames said:
There were recorded directly from the TV. I do plan on getting them digitally converted at some point so I have permanent copies instead of fickle VHS tapes.
Click to expand...

Would be cool if you could upload them as well.
S

Thanks for loading for all to view OP.
J

So how many gaffers actually were on the Nintendo championship?
C

OMG, I remember that Campus Challenge Convinced me to get a SNES.
A

was there ever a network broadcast for the championship finals for 91?
S

Student in Manchester/Home in Gloucester UK

I remember gamegrumps talking about this lol
H


The early 90's were like the late 70's- the culture is completely forgettable, only gonna be cool for nostalgia purposes- but I love the first vid, encapsualtes everything 90's.

That Uncle Joey haircut is awesome! 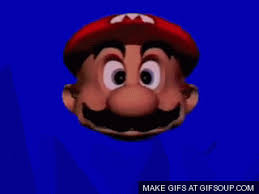 That summer '94 promo video was aired on tv, at least part of it; the whole part with Mortal Kombat 2 footage, which was THE MOST AMAZING THING WE HAD EVER SEEN.

My friend had recorded it off tv, and we would watch it again and again just to see those 0.5secs cuts of MK2 on the snes. We were incredibly blown away about the bizarre alt colors for Lui Kang and others (Lui Kang is sporting some blue pants at some point), Shao Khan attacking you before the Fight! text, and so on.

Of course, it was all footage taken from an unfinished dev version; but it did fuel hours and hours of speculation about 'street fighter-like color picking' and whatsnot!

It's very cheezy now, but that summer ad was incredibly effective for teenagers back then. It hyped the fuck out of us!
L

It doesn't get much more 90's than those videos.
T

andymcc said:
was there ever a network broadcast for the championship finals for 91?
Click to expand...

The 1991 event ending up being completely different than what Nintendo described in this video. It was called Nintendo Campus Challenge and only toured university campuses and some spring break spots. It didn't have semi-finals. AND the final was never broadcast live.

I'm guessing Nintendo had a hard time getting enough promotional support to make the bigger event happen. It would be interesting to know what happened for sure, but the event they describe never took place.


Conciliator said:
I have some bad news OP...

There are five shown in that picture and then 1 red one that you can barely see the top of. You can see the other pictures here if you want
S

Lol at star fox VHS, I remember receiving a Donkey Kong one in the mail as a kid. Lent it around and I think someone's VCR ate it or so they said.
You must log in or register to reply here.