A lot has happened since last E3...

I don't think many people realize just how much stuff has happened since last E3, so why not dedicate a thread to it? Looking back at the months that have passed, an large amount of pretty crazy things happened, things that possibly will influence the future of the gaming industry and certainly will change this years' E3. I don't really think there has been this much of stuff happening since a very long time. 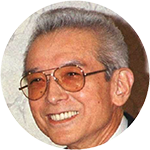 Hiroshi Yamauchi, former president of Nintendo, passed away on September 19 2013 at the age of 85. Though he had not served an active role within Nintendo since passing the torch to Iwata in 2002 and leaving the companys board of directors in 2005 due to his age, Yamauchi was at the helm of Nintendo when it first entered the videogame-industry and was thus instrumental in its success.

Both Jack Tretton and Don Mattrick left their companies. Tretton and Mattrick served as primary spokespersons and representatives for their respective brands at past E3s, and this years E3 will definitely be different without them. Mattrick left Microsoft for Zynga in July. Though this was a planned move, many have speculated that his departure from Microsoft was accelerated due to his involvement in the disastrous run-up to the launch of the Xbox One. Phil Spencer has taken his place as the head of Xbox. Chief Product Officer of Xbox Marc Whitten also left Microsoft in the aftermath of an executive shuffle following the stepping down of Microsoft CEO Steve Ballmer.

Tretton left Sony after 19 years of working at the company. Little is known outside of that he left after a mutual agreement with Sony not to renew his contract. Shawn Layden, formerly COO and VP of Sony Network Entertainment International, succeeded him as CEO of SCEA.

In January, Microsoft acquired the right to the Gears of War franchise from Epic. It was later announced that Black Tusk was handed the IP and that their current project (which is presumably what we saw at E3 2013) had been indefinitely shelved. Now Black Tusk is set to redefine the Gears franchise. This new Gears will likely be a 2016 title, though it might get a teaser or a mention at this E3.

Irrational Games, the creators of the Bioshock franchise, shut down. Ken Levine announced the closing of the entire studio on 18 February 2014. Levine since has taken 15 former Irrational employees to form a team focused on creating new, smaller games focusing on a replayable narrative for the core gamers. These games will be funded and published by Take-Two/2K Games. Other former members of Irrational are now for the most part working at various other studios. 2K has taken over the Bioshock franchise.

After massive backlash and poorer than expected sales performance, pretty much all of the original Xbox One policies have been reversed. Last E3, the Xbox One was an online-only console that couldnt play second-hand games, required Kinect to be plugged in and on to even function and required paying for Gold to access entertainment apps. And there was no chance of us getting a cheaper SKU without Kinect since Kinect was this integral part to the ecosystem. Flash forward to now, and we have an Xbox One that doesnt need to be connected to the internet, that can play second-hand games, that doesnt require Kinect at all and doesnt need Gold for entertainment apps. And were also getting a cheaper SKU without Kinect. And Gold is catching up to PS+ in value with the introduction of Games for Gold for Xbox One. Now isnt that quite the reversal

On November 15, a teaser was released for an Uncharted game for PS4, along with the announcement that it would be helmed by Amy Hennig and Justin Richmond, and that Todd Stashwick, who performed the voice-over in the teaser, would be playing a character in the game. On March the third, word got out that Hennig had left Naughty Dog. IGN at first reported that she had been forced out by The Last of Us leads Neil Druckmann and Bruce Straley, but this was later denied by Naughty Dog. Little is known on why exactly Hennig left, but it is presumed that she left due to creative differences within the studio. Justin Richmond left Naughty Dog later that month. Though no specific reason was given, there has been speculation that his departure was linked to Amys. Todd Stashwick also left the project after his role was recast. Hennig joined Visceral Games this April to work on their Star Wars game. Richmond now works for Riot Games.

Sony is entering Virtual Reality with Project Morpheus, a VR headset made for PS4. Though its probably a 2015 product at best, it certainly is exciting to see one of the big three entering the field of VR and taking it seriously. The guys working on it seem genuinely excited by the technology and its possibilities and a big company like Sony entering the space could make VR a more viable business decision for a lot of companies. All around exciting stuff.

Not long after the unveiling of Morpheus, Oculus, the company behind the Oculus Rift, was acquired by Facebook for 2 billion USD. For now, the company still operates as if independent, and we might not see the true benefits and drawbacks of the Facebook acquisition for another year. However, Facebook will certainly be more capable in bringing VR to the masses than Oculus was on its own and this again just makes it more viable for other companies to get in on VR.​
And to add to all this, there's even more stuff that I just didn't take the time to type out; the cancellation of Sony Santa Monica's new IP, the Driveclub troubles, the announcement of the massively ambitious No Man's Sky, Amazon sorta kinda getting into gaming with the FireTV, the leaking of Project Beast, Knack outselling Mario, the ntkrnl leaks, Persona 5 being announced, etc. So much stuff just happened since last E3, it's crazy. Sure, some big games have been announced after E3 before, but this to me is just on another level. Executives leaving during console launches, one of the big three entering VR and then having Facebook stepping in and buying Oculus, a AAA exclusive title getting announced and then seeing its leads leave the project before even seeing a sliver of gameplay, seeing a visionary that led Nintendo into gaming pass away, a single game smashing all records for anything despite having to compete with the upcoming new consoles, a new console having all its policies reversed within a year of its announcement due to consumer backlash, a studio that created one of the most critically acclaimed new IPs of the last generation closing down out of nowhere, etc.

So yeah, a lot has happened since last E3. Has there ever been a more crazy in-between-E3s?

I have the feeling this E3 is going to be epic in both the great and awful sense of the word...
S

I would love to see all of this in a Timeline view.
K

If the Xbox One they revealed last year was the console it is today and now, I can't even begin to think on how different everything would be now.

You forgot the Leaker wars. Cboat is probably still dead, even if his account isn't. RIP
P

I want a Pogs set with all those designs on them.
T

for me the biggest news was the xbone 180, that was a nutty escapade. but yamauchi dying was also pretty huge, the dude oversaw gaming's renaissance. and Facebook buying oculus? also damn big news. it's been an action-packed e3 interval.

nice summation. it's been an interesting year. can't wait for E3 to see what the industry has in store.
H

Yep its been an interesting year.
P

Nice summary, keep up the good work.
Interesting year ahead too it seems...
(Oculus Rift launch, 2nd wave of current-gen games, see if Nintendo can turn things around....)
D


Phediuk said:
I want a Pogs set with all those designs on them.
Click to expand...

Thanks for the avatar fodder, OP. Keep up the good work.
Z

It's pretty crazy all this happened in a year. Really makes you think. Great thread.
V

Really great op, though one of these things is not like the others.

I have no doubt this E3 is gonna be really entertaining thanks to all this.
L

That's one hell of a first thread, congrats op.
B

Every E3 they should do one of those "In Memoriam" bits like they do on the Academy Awards.
1

This E3 is really anyone's game, year of the wildcard.

I hope the new Sony and Microsoft spokespersons are just as dorky as the last two, their charms will always be remembered in my heart.
S

Also Tidux but not as good

that was a hell of a year. Call me crazy but I am proud to be part of all this craziness happened within a year. Long live Microsoft, Long live Sony, Long live gaming.
D

Good first thread. I like your summaries and formatting - concise and to the point.

A lot really did happen between these E3s. It will be interesting to see how the events of the last 12 or so months affect this year's E3, particularly with how companies like Microsoft present themselves.
K

SwiftDeath said:
And Famous mortimers somewhat meteoric rise to fame as a leaker of note into a simply amazing fall from grace

Also Tidux but not as good
Click to expand...

The rise and fall of Voldemortimer will definitely be a sticking point in NeoGAF legend for a long time.
S

Cboat can never die, only the MS employees who post as him.
K

Great OP, I cannot WAIT for this E3. I expect it to be crazy, the four months leading up to it have already dropped some bombs
T

It is interesting to see all of that in one post. Crazy year it has been.
K

Very nice. This is the type of stuff that builds the pre-E3 hype.
S

Sectorseven said:
Cboat can never die, only the MS employees Gaf mods who post as him.
Click to expand...


I'm being somewhat sarcastic
A

I still want to know how the pre-180 XB1 was going to handle owners being able to sell their unwanted games back to Microsoft's cosy cartel of approved retailers as there's been nothing leaked about that at all.
I assume that's because nothing was in place but that seems crazy given the short amount of time they'd have to get such a system ready.
F

Amazing OP. So much in over a year and the hits will keep on coming too.
M

Awesome post OP. Really interesting to look at major events that occurred in such a short time.
You must log in or register to reply here.

Feb 17, 2021 started cormack12
Feb 20, 2021
D.Final
2 3
Opinion Sony's VR commitment must be about software, not hardware; will Sony's interest go far enough for them to commit its most treasured IPs to the medium?