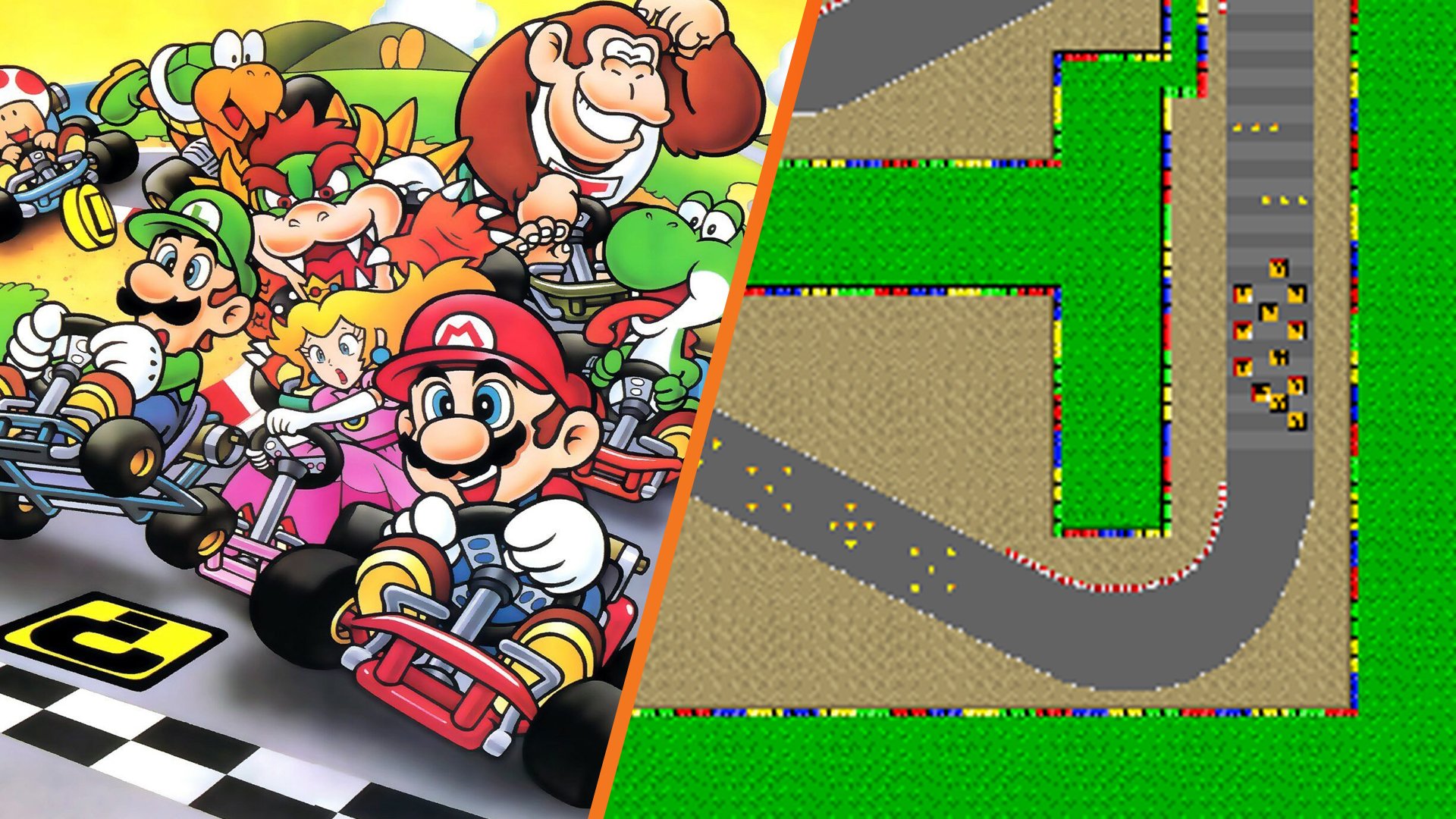 Modder ‘MrL314’ first discovered references to the track editor within the code for an early Super Mario Kart 1991 prototype, which was leaked online last year as part of the so-called Nintendo ‘Gigaleak’.

The leaked prototype revealed the code for Super Mario Kart’s SFX-DOS functionality. SFX-DOS (or Super Famicom DOS) was Nintendo’s in-house operating system used for SNES game development, and allowed developers to read and write data directly to the console and use PC peripherals such as a keyboard and external floppy disk.

Over several months, MrL314 was able to restore the SFX-DOS functionality and create his own custom repair for some features missing from the leak. The modder told VGC he plans to release the repaired 1991 prototype publicly in the coming weeks.

As seen in the video below, the restored editor allows users to place items on a track such as speed boosts and blocks. While fan-made track editors have existed in the past, this is the first time players have been able to edit tracks just like Mario Kart’s creators did to build the game.


“There are a few level editors in the game itself,” the modder told VGC. “The one I showed [on Twitter] was for laying down overlay tiles like item panels, speed boost arrows, walls, and in later instalments oil, coins, and jump bars.

“There are two other editors though: one of them is designed for the AI control checkpoint data, and the other is for placing down those “3D” objects like Pipes, Monty Moles, Cheep Cheep, etc. For more in-depth info on that, I and others documented a lot of the debugging mode data on this TCRF page.”

MrL314 said there are some limitations to the emulated version of the editor: “You can’t directly edit the track itself, since that would have been done in a tile editing program, and the objects you place down (in the later editors) can only be the objects that fit with the theme of the level.”

The Super Mario Kart editors allowed Nintendo to work directly on the SNES console and place data precisely, the modder explained. Once the data was in the editor, it could be tested out directly in-game by saving to the SRAM chip within the game cartridge.

“Normally, accessing data from inside a cartridge is a hard process,” he said. “Usually, persistent data would be stored in the SRAM chip, but it is a battery-powered chip and is hard to read and write data directly to and from it. This is where the SFX-DOS comes in.

“The SFX-DOS was an in-house operating system by Nintendo, created for developer use on special development hardware. It basically turned the SNES into a personal computer, and allowed it to interface with things like a keyboard, an RS232C port, a parallel port, a printer, and a Floppy Disk controller.”


Unfortunately, the SFX-DOS code uncovered in the Gigaleak was missing some elements, which the modder had to restore himself to get it working as seen in the video on this page.

“A lot of the base functionality was in the game already, but a lot of the finer details of the code flow like managing software interrupts, where the game reads and writes data, and how to let the game still run normally alongside the SFX-DOS functionality, were broken,” he said.

“I was able to repair the functions in the game itself, and get the game to process all of the data in the way it was expected to be processed. As this patch is a part of the Nov’91 prototype (which at the moment I am still repairing), I will be releasing that fix once I release the Nov’91 repair.”

Eventually, MrL314 said he plans to fix the editor functionality in other leaked (and more complete) Mario Kart builds too, so fans can get creating like Nintendo’s original developers did.

“Nowadays, this feature isn’t as important for the SMK hacking community, as most of the functionality from the editor modes is handled in software like Epic Edit by stifu,” he said.

“However, it does give a good glimpse into how the original developers made the game! I’ve also personally challenged the SMK Workshop community to make a Super Mario Kart hack without using modern hacking tools, and develop like Nintendo would have in the 90s.”
Click to expand...

this should be an update for mario maker 2

Time for the good shit.

My goodness, this is amazing
D

Nintendo take down incoming. If he lived in Japan this would be considered criminal activity so I'm sure they won't let this fly.

It's amazing that stuff like this is still being found

That's neat!
You must log in or register to reply here.

Jun 22, 2021 started Grand Theft Scratchy
Jul 14, 2021
IKSTUGA
2
Data corruption and lost save data is the cancer of video games that has never been solved.