There's this tumbler called Amazingly Bad Fan Art, where this guy rehosts fan art he considers awful. To be fair, some it is actually pretty good, but others are poorly drawn, completely baffling, or both. 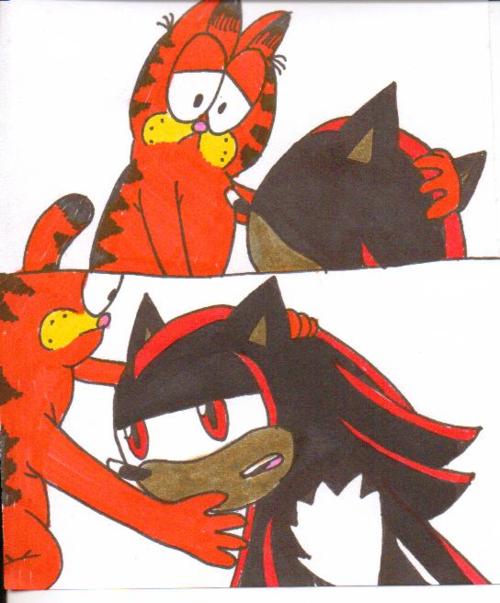 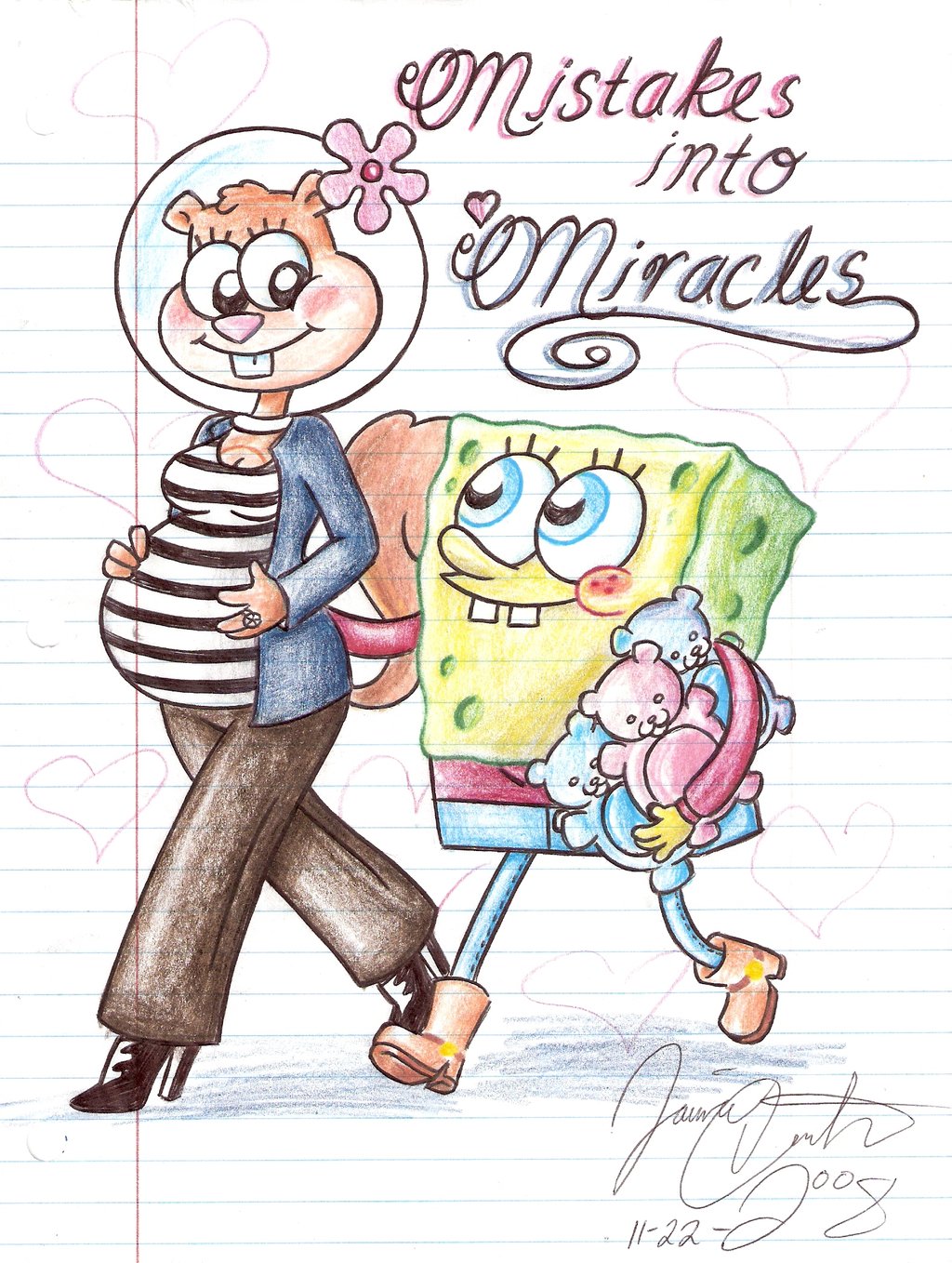 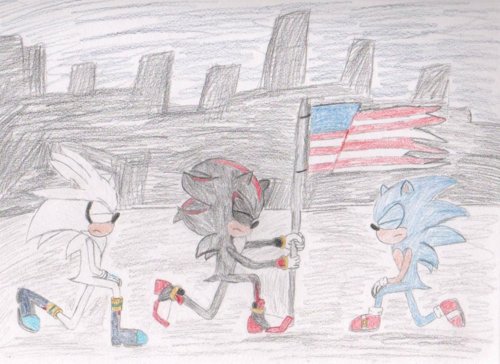 Site here. BE WARNED-- Some of the images are pushing the NWS boundaries... There is an amazingly unhealthy amount of Megamind/Metroman stuff.

I love this crap. The problem is, the owner of the tumbler often gets sidetracked, such as arguing the offensiveness of homophobic slurs or posting old '67 Spider-Man captions. So I figured we could post whatever awful or weird fan art we find here. We had an awesome fan art thread, so how about something for the garbage?

Alright, there have been about a lot of people coming in and complaining that they want actually GOOD fan art. In my opinion, the art we have here is the BEST fan art, but to each his own. For those of you who want to see more... traditionally good fan art, the other thread is here. Now let us wallow in the depravity in peace.
M

Should've been in the OP.

Haha, the Batman one is fantastic.
A

Edit: this is loud
D

You just broke my speakers you asshole.
C 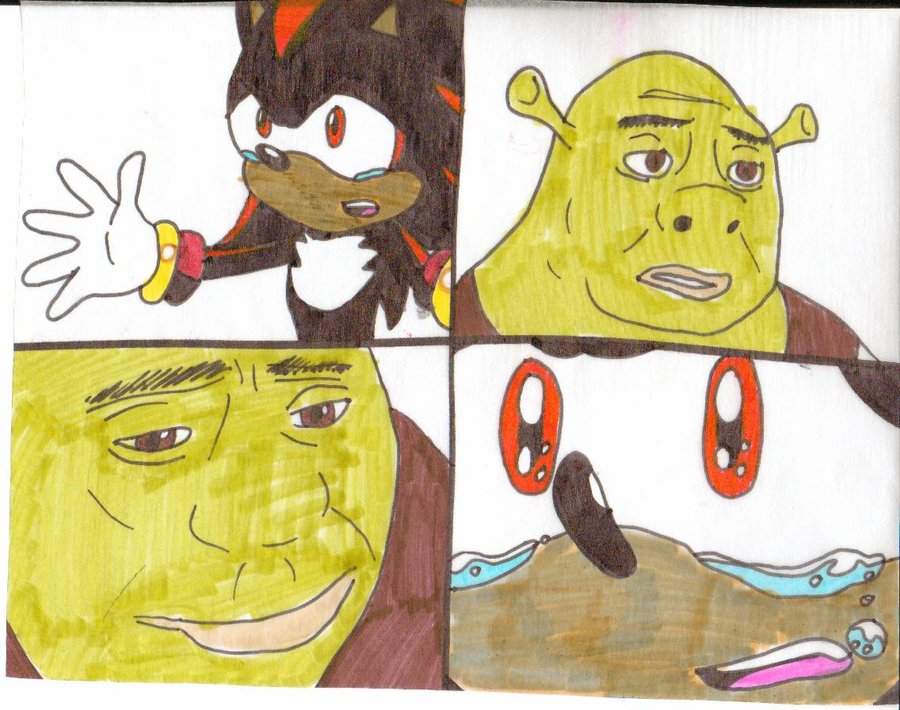 I CANNOT WAT ENOUGH
A

Misanthropy said:
You just broke my speakers you asshole.
Click to expand...

Sorry, I forgot how loud it was.
J 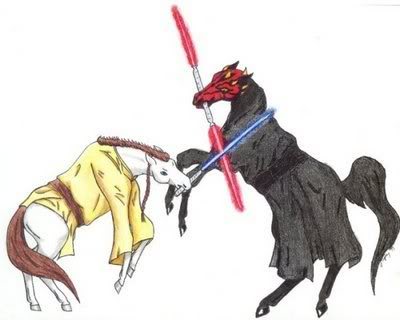 Misanthropy said:
This is gold.

My brother uses this as his Steam avatar, and he's considering renaming/describing one of his Scout weapons in TF2 as "Gotta Go Fast"
F i think i lost it at this

You don't know the backstory. It will all be clear soon.

One day, Shadow the Hedgehog was sitting under a tree petting Donkey who was taking a nap. Then, he saw someone on the path. It was Shrek the Ogre. Shadow then saw that he was holding a bundle. Shadow softly said, Shrek He stood up and watched him walk away. He then ran towards him and said to himself, You cant leave this place! He ran after him along the path. Shrek stopped and looked up at the sky. He then heard someone say, Shrek! He turned around and saw Shadow panting for breath. He said, Shadow? Shadow yelled out, Idiot! Shrek jumped. Shadow said, What were you thinking about leaving?! You cant leave us! His eyes began to fill with tears as he said, Please Shrek, dont leave. I wouldnt know what to do without you. Shrek, I didnt mean to lie to you. I was only saying those things to protect Fiona and all of the others from dire peril. Shrek looked at Shadow with a sad look on his face as Shadow talked. Shadow continued, You know I would never lie to you. Youre one of my best friends ever since we first met. You cant stay angry at me. I dont want to lose you like I lost Maria. Shrek then began to smile. Tears ran down on Shadows cheeks as he said, I dont want to lose you because youre my friend. Because youre always by my side and becausebecause 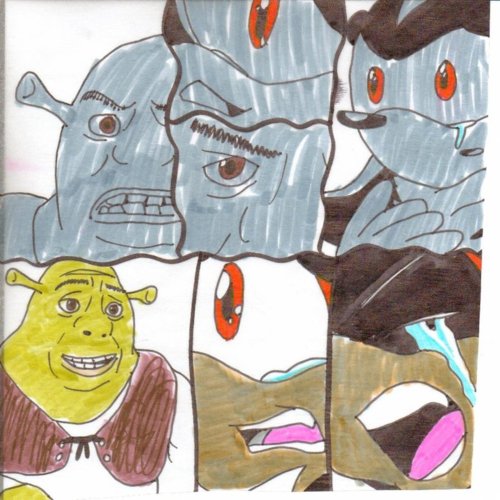 Shadow said, Because you mean alot to me! Youre my best buddy ever! But when you went mad and tried to hurt me, it broke my heart. Its like a side of you that Ive never seen before. I thought that Im never going to see the old sweet-hearted Shrek again. But, throughout the years of my life, I never did anything to make you angry. I never lied, Shrek. He fell on his knees as he screamed, I NEVER LIED!!! YOU GOTTA BELIEVE ME THAT I NEVER LIED!!! He cried his eyes out. He yelled out, Please forgive me, Shrek the Ogre! 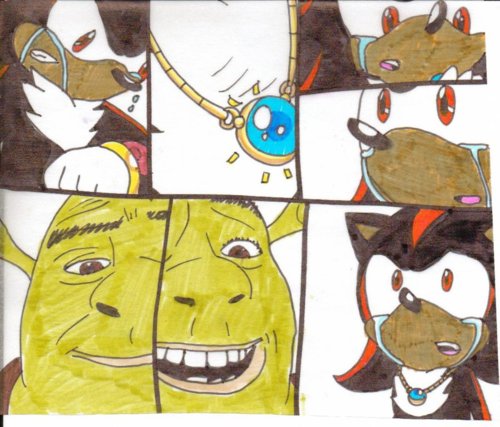 Shadow kept on crying softly. He then felt something wrap around his neck. He looked down and saw a necklace with a medium-sized blue gem in the middle. He stared at the necklace and turned around to see Shrek kneeling on the ground and smiling. Shrek said, I forgive you, ladI always have. Shadow gasped and said softly, Shrek He then jumped on Shrek and hugged him, crying his eyes out. Shrek hugged him back and patted the back of his head. Shadow said between sobs, Shrek, I knew you would always forgive me. Shrek chuckled.
W

You'll never recognize this unless you closely follow the events (or if you cheat). this thread has potential
N AppleMIX said:
Edit: this is loud
Click to expand...

Remove the link man. That video doesn't deserve attention if you're going to scare GAF like that.

As for this thread, what the fuck.
T

Wolf Akela said:
You'll never recognize this unless you closely follow the events (or if you cheat).
Click to expand...

Haha, I remember it from the
WAR Update Propaganda Contest
I didn't have to cheat!
N

And I always thought Tails was feminine.
N

Lionel Mandrake said:
You don't know the backstory. It will all be clear soon.
Click to expand...

That can't be real.
K

This reminds me of sweet jeff and hella bro (or whatever the hell it's called...) Double lol "the bitch side of Lois Lane" claviertekky said:
Remove the link man. That video doesn't deserve attention if you're going to scare GAF like that.

As for this thread, what the fuck.
Click to expand...

i dunno. IF he hadn't planted that video, I'd have never discovered this.
T

This is actually pretty fucking funny, and not in a "this is so bad" way
L

Lionel Mandrake said:
You don't know the backstory. It will all be clear soon.
Click to expand... The Doug/Evangelion hybrid is amazing.
S

I feel sorry for your mother... 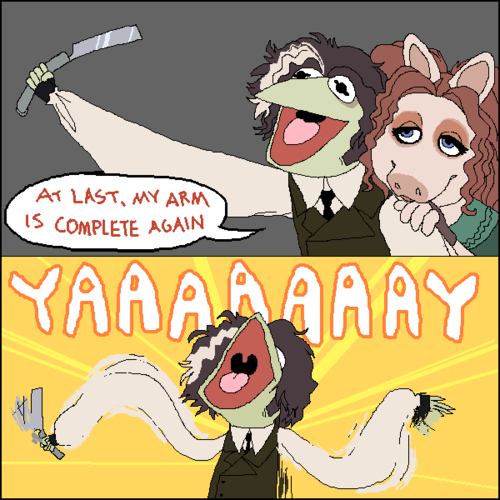 i havent laughed so hard in a while lol

This is my favorite subject 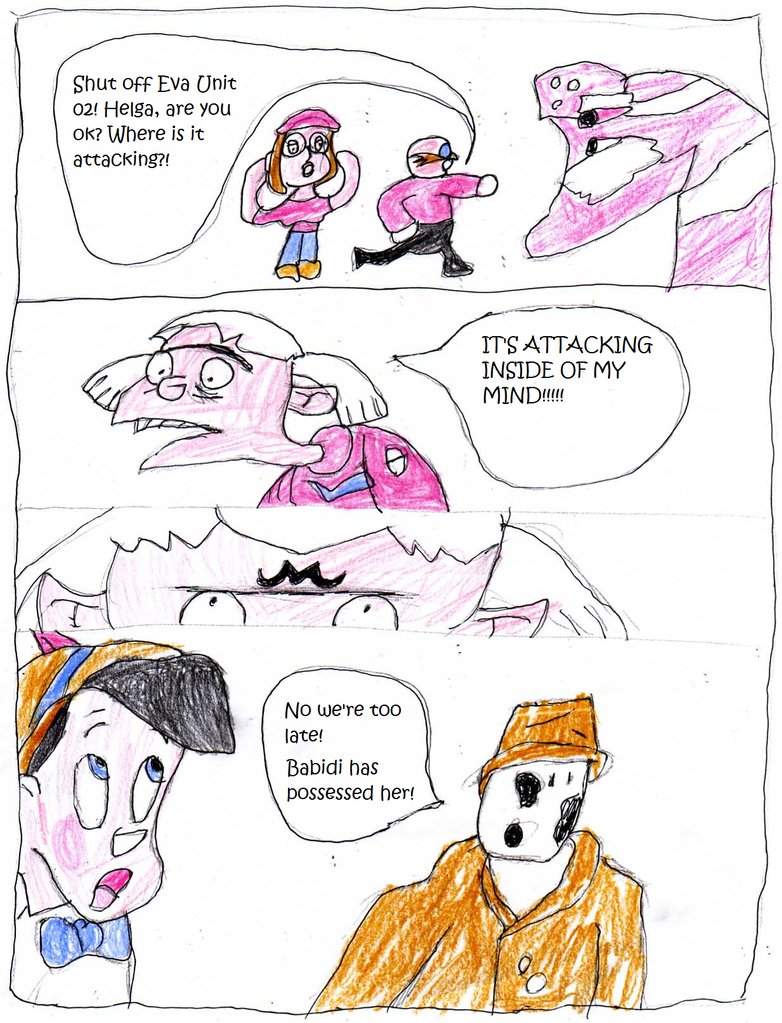 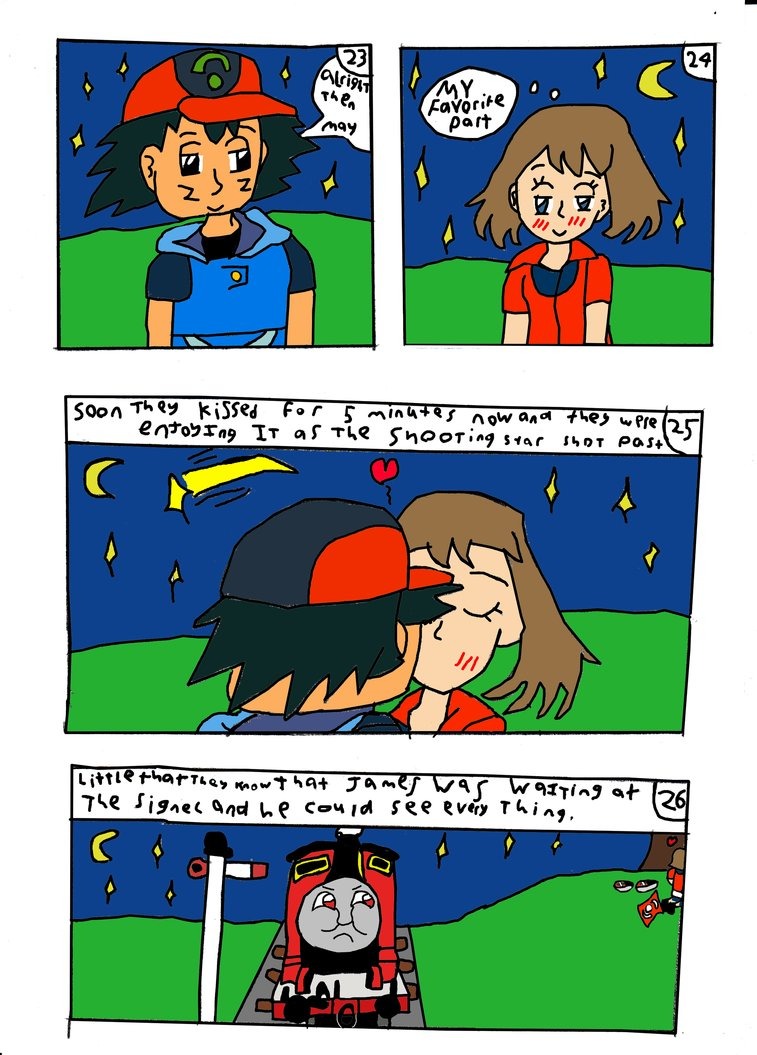 This one made me laugh hard.
X