- Each year, Amazon holds an annual meeting to discuss whether it should break into the pharmacy market, said a source familiar.
- This year, it is getting more serious and is looking to hire a general manager.
- Industry experts say this could be a multibillion market opportunity for the e-commerce company.
Click to expand...

Amazon is hiring a business lead to figure out how the company can break into the multibillion-dollar pharmacy market.
For the last few years, Amazon has held at least one annual meeting at its Seattle, WA headquarters to discuss whether it should enter the pharmacy business, says two people familiar with the company's plans.

But this year, with the rise of high-deductible plans and the trend towards consumers paying for health care, it is ready to get more serious.

Two people said that it's not a done deal that Amazon will move into this space, given the complex web of established players. But it is bringing on a new general manager to lead the team and formulate a strategy, and is deep in discussions with industry experts. That hire would sit under the consumables business, the source said.
Click to expand...

In the United States alone, more than 4 billion prescriptions are ordered every year. In 2015, patients, insurance companies and other payers spent an estimated $300 billion on prescription drugs.
For Amazon, it's a lucrative market that would require navigating a variety of existing players. For consumers with a high dollar deductible, Amazon could someday be a go-to destination to shop for drugs.

"I think Amazon would introduce a lot of transparency to what drugs really cost," said Stephen Buck, a health entrepreneur and co-founder of GoodRx, a service that promises to save consumers on the price of prescription meds. Buck sees a slew of potential opportunities for Amazon, including a product that competes with pharmacy benefits management or PBM giants, like Express Scripts and CVS Health.
Buck estimates that it's a $25 to $50 billion market opportunity for Amazon, if executed well. But the company would also face challenges entering a regulated market it. "Prescription transfer laws and e-prescribing make a little bit more difficult than putting something in a cart and checking out," he said.
Click to expand...

Time to get that affordable health care
S

I'm a big proponent of corporate diversity but drugs is up there with telcos in terms of industries who can die in a fire and I'll take my chances doing business with the raging inferno.

wouldn't it be mad if the corporations are the ones that save us?
W

Buy cheaper Canadian drugs and sell them in the US?
T

It's 2017 and soon a drone might fly pills to my house for a fraction of what Walgreens charges my ass to drive there and pick them up.
J

Monster hdmi cables wasn't that many years ago!
S

Tech companies are scary powerful, I'm just glad that for the time being they're mostly benevolent and inclined to enrich our lives with trivial convenience bullshit. But when capitalism falls apart because the 4 or 5 superpowers own everything, it's going to be bad.
J

damn, the libertarians were right all along

It still blows my mind how much I have to pay to get a basic prescription filled here. The most I had ever paid before was a $5 filling fee.

Like, if Amazon manufactures the old generics and sells them cheap, people would buy a shitload more there.

Yo if I could get meds when I'm sick with same day delivery...

As much as I hate how big the tech giants are getting.... Please blow the market up Amazon. Kill it with fire and prime discount generics.
P

Life is getting more and more like a cyberpunk story by the day with megacorporations that have their hand in damn near every pie.

I am actually all for this. eff the big pharma
P

can't wait for the prime savings on some hydros, finally the world is shaping up the way i wanted!
H

I'm OK with Amazon taking over the world. Do it amazon, start fucking up the big pharmas.
R

Wonder what my Amazon Prime sub will get me with this.
P

Raw64life said:
Wonder what my Amazon Prime sub will get me with this.
Click to expand...

Insulin for Prime members only
H

also maybe do a little light lobbying to get medical marijuana nationwide and, oh, is that my back acting up? funny thing that
L

Drugs could cost as much as 10 times more at one retailer vs. another. We're not talking about regional differences; we found big variations at retailers in the same area. For example, where Debbie Diljak lives in Raleigh, N.C., the cost for a month's worth of the generic Cymbalta she takes ranged from $249 at a Walgreens to $43 at Costco. (At Walgreens, the pharmacist did suggest using the store's discount program to lower the price to $220, but it comes with a $20 annual fee.) See more examples in the map below.

Similar patterns emerged across the U.S. In Dallas, a shopper was quoted a price of $150 for generic Plavix at a centrally located CVS. But Preston Village Pharmacy, an independent just a 20-minute drive away, said it would sell the drug for just $23. In Denver, the grocery store Albertson's Save-On said its price for generic Actos was $330, but nearby Cherry Creek Pharmacy said it would sell it for just $15.
Click to expand...

Also, you do not have to have a Costco membership to use their pharmacy. Just walk in.
V

For those who dont know, its because Obama made it that in 2017 the next president gets more power of drug pricing, and now trumps promises.
http://www.cnbc.com/2015/11/24/obamacare-to-blame-for-soaring-drug-costs-aei.html

Its basically perfect time, Obama's legistation and Trumps drug price "promises". Amazon can claim they are lower, even if its actually because of federal changes.
T

Also, you do not have to have a Costco membership to use their pharmacy. Just walk in.
Click to expand...

The only one that's paying for these high costs are insurance companies. If you are covered, generally all of these drugs are about the same.
O

As someone who regularly calls in meds to various pharmacy and doing price checks, I really hope this happens. It's such a pain in the ass to try to prescribe medication only for it to be extremely expensive and for most clients, unaffordable. Amazon needs to throw their hat into the ring and hopefully drive prices down across the board.

Why aren't we all getting are prescriptions filled by healthwarehouse.com god damn
M

I await the number of lawmakers who are all about the free market turning around to fight this with regulations requested by their corporate donors.

Gonna need to prime now me some single packs

I got a hot date tonight
I

Amazon Basics already killed monoprice for me. Let them do drugs. Alaska be like amazon.weed.com. same day.
G

I'm just here to watch people talk like they know how pharmacies work.
I 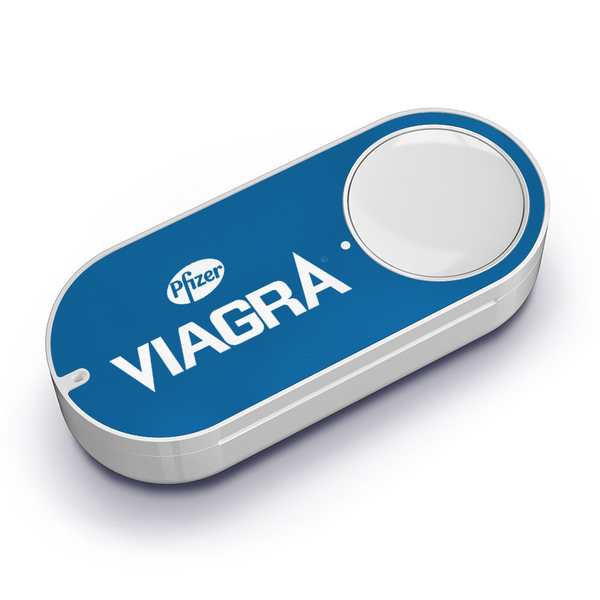 Sounds good. It's an industry that needs more competition nation wide. Despite being a many-billion dollar industry the supply chain to consumers is still remarkably local, expensive, and fraught with waste.


Greatest Ever said:
I'm just here to watch people talk like they know how pharmacies work.
Click to expand...

Enlighten us, but first consider if your (presumed?) Defense of pharmacies/meds as they exist today wouldn't have been similarly used for any other industry that Amazon disrupted.
L

therealist said:
The only one that's paying for these high costs are insurance companies. If you are covered, generally all of these drugs are about the same.
Click to expand...

I pay Costco prices since my copay with Blue Cross-Blue Shield was higher on antibiotics than the cash price.

If you have a standard insurance co-pay, it might not occur to you to shop around. But sometimes the price youd pay out of pocket (what those without insurance are charged) might be less than your co-pay a fact pharmacists may neglect to mention. Case in point: Metforminused to treat type 2 diabetessells for just $4 for a months supply, or $10 for a three-month supply, at stores such as Target and Walmart, while a co-pay for a months worth averages about $11.
Click to expand...

This will actually save lives. Cheap and fast delivery. Brilliant.
W

In all likelihood, they would probably just be a big mail order pharmacy. Comments suggesting that they may break into the PBM or generic drug manufacturing business - it aint happening
T

Wheatly said:
In all likelihood, they would probably just be a big mail order pharmacy. Comments suggesting that they may break into the PBM or generic drug manufacturing business - it aint happening
Click to expand...

Yeah I doubt Amazon would take the government oversight involved with that. They'd likely be like a nationwide CVS delivery service or eRx service. But what separates Amazon from the rest is how they aggressively cut waste to undercut competitors and drive prices down. Rx medicine is an industry that desperately needs that, someone to race to the bottom.
G

The Albatross said:
Yeah I doubt Amazon would take the government oversight involved with that. They'd likely be like a nationwide CVS delivery service or eRx service. But what separates Amazon from the rest is how they aggressively cut waste to undercut competitors and drive prices down. Rx medicine is an industry that desperately needs that, someone to race to the bottom.
Click to expand...

As someone who works for a large pharmaceutical supply chain, we are at a race for the bottom currently, shits cut throat out here. Luckily contracts exist or you would see prices even higher, we run an incredibly lean network right now
A

So glad my company provides free healthcare and free prescriptions for its employees.

My newborn has horrible reflux and had to get a prescription filled at a grocery store so we wouldn't have to wait until tomorrow when my office opened.

The Most Dangerous Yes Man

Um. Time to buy shares.
You must log in or register to reply here.

Is the Chinese stock market about to collapse? Perhaps.