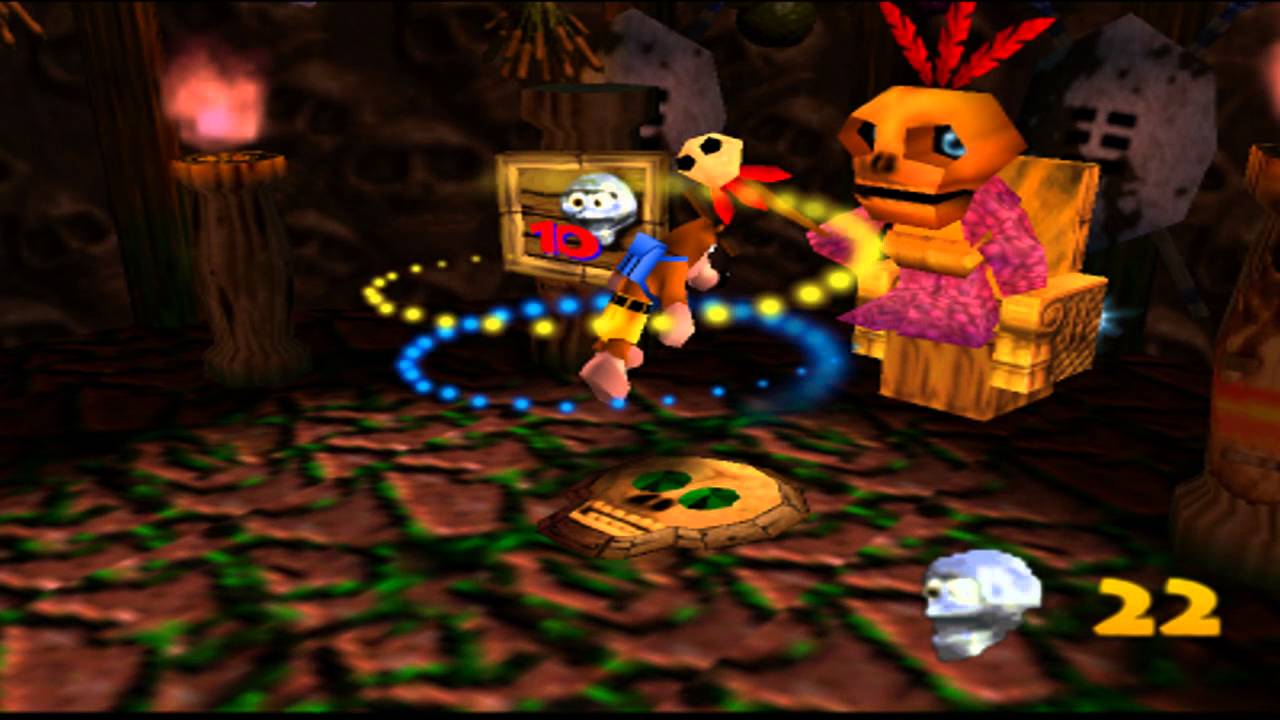 Rare veteran Bryan is the artist behind many characters in the Banjo-Kazooie, Donkey Kong 64, Grabbed by the Ghoulies and Viva Pinata games. He is best known for creating Banjo character Mumbo-Jumbo.

Bryan had previously contributed a concept to Yooka-Laylee for character Dr. Puzz. Since 2011 he has been working on children’s books and apps.

With Bryan on board, Playtonic now employs the full character art team behind the Banjo-Kazooie games.
Reactions: HaveButOneLife and -Arcadia-

Just reading through Twitter and people were having mixed feelings for Playtonic joining Microsoft. Some supporting the idea, some against it. It didn't make a lot of sense seeing as Playtonic formed from staff at Rare who wanted to make games they wanted to instead. I get that Microsoft have changed their gaming form, and now give developers creative freedom to do as they want, but with the financial backing.

But for me, it wouldn't make sense Playtonic joining them. Partnering with them would be the better solution.
Reactions: -Arcadia- and ultrazilla

Good that they got him. I just wished they could also snatch Gregg Mayles, but even if he was interested, Playtonic could probably not afford him, considering his position at Rare.

I'm sure this hire will be a massive boon for playtonic now they've scaled back to making unimpressive 2.5D platformers.

Much rather it go to Playful Studios.
G

I've just started the first Yooka Laylee and it is very reminiscent of the old N64 games. Having a lot of unexpected fun with it

In an ideal world we'd be able to force MS and Sony to sell the rights to Banjo and Sly to Nintendo.

Rare should make it dammit, this world needs those kind of games, Nintendo has a monopoly on that goodness.

Tamy said:
I didn't like YOOKA-LAYLEE tbh.
Click to expand...
It's only for Banjo fans, it did what it was supposed to do, appease that base.

Too bad. I thought MS might have signed them up to make a new Banjo.

Come on MS you need a Banjo Studio. Playtonic makes so much sense. They can do Banjo, Conker and other old Rare games that Rare refuses to do.

Playtonic could rename their company as RareToo and it still wouldnt matter. There is no worth in the franchise "Banjo" or weight In "the spirit of Banjo".

Smash was its swan song games.

Translation: Banjo franshise is dead. One could even say that genre of game (coin collecting 3d platformers) is Dead

All the fandom narrative in "Rare refuses" or "Rare can't" make a Banjo game is dumb. They know there is no mass fanbase in the franchise and they arent in the niche hardcore market. They want Main stream casuals success.
Last edited: Apr 10, 2020
You must log in or register to reply here.
Share:
Facebook Twitter Reddit Email Link
Top Bottom