From the latest Nintendo Power:

Skyward Sword is a title where we took aim at all the conventions of the Zelda series. While that may have been difficult, I think that confronting those challenges resulted in something that has a great deal of value. When it comes to Wii U, we'll obviously want to add new elements that take advantage of the capabilities of the platform. I think using that as a lens through which we once again challenge the conventions of Zelda is more important than just making another Zelda game. With that in mind, please expect big things from the Zelda series to come!
Click to expand...
Skyward Sword was just the beginning of some changes within the series.
A

No wait!
Guns and hookers!
S

I am getting in on the ground floor of the overhype this time.
O

No wait!
Guns and hookers!
Click to expand...
It really is what is missing from the series.
D

Cool, I'm excited for the game that will come out in 6 years
D

No wait!
Guns and hookers!
Click to expand...
ALL FOUR!
W

You say that every Zelda, and it will still get 8/10
T

I am getting in on the ground floor of the overhype this time.
Click to expand...
better than zelda fitzgerald?
S

Don't forget to bundle the WiiMotion+ as well, Aonuma!
D

DeathbyVolcano said:
Cool, I'm excited for the game that will come out in 6 years
Click to expand...
Few! I thought it was out next year.
N

Whatever they do, I hope it uses the MotionPlus instead of the tablet.

DeathbyVolcano said:
Cool, I'm excited for the game that will come out in 6 years
Click to expand...
3. They want it out in 3 years.
C

You'll have to pay £5 to download different tunics.
I

I got hyped for SS, got burned, and still; will get hyped for Zelda U too. Do something to me, Nintendo. Whatever it may be.
A

but seriously though, i would appreciate some difficult puzzles next time. so give it to koizumi, aonuma.
S

They already said this about Skyward Sword.
S

AniHawk said:
better than zelda fitzgerald?
Click to expand...
The only notable thing she's ever done is inspire the Great Gatsby.
K

I can't wait to play Skyward Sword. Finals are almost over.
I

Is it finally time? 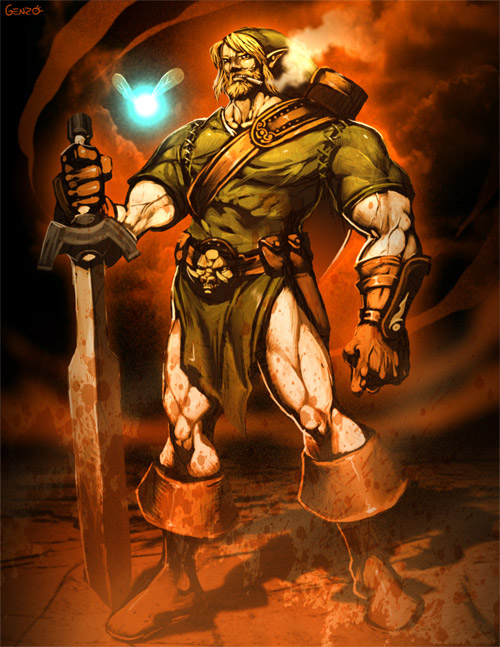 Couldn't we make the gimmick that there is no gimmick? You know, just for once?
M

Not played Skyward Sword yet so can't contribute on that front.

But looking at Nintendo's broader franchises, the idea of using the tablet as an interface for Samus' suit, giving access to the mapping systems, weapons controls, energy distribution levels, radar and even using it to download ancient Chozo archives to sift through at my leisure, is tantalising. It could really add to the tension too, knowing that while we check this information the world does not pause on the big screen, emphasising the need to find somewhere safe.

That would be an exciting change of conventions, hope Retro is already on it.
N

As long as they don't over incorporate any mechanic where you have to hold the controller up to the tv I'm hyped.
S

Haven't played SS yet, but the series needs difficulty levels. Easy mode with all the hand holdy, explain everything bullshit, and another mode with all of that taken out.
S

You might say Nintendo strives to recalibrate everyone's expectations with each Zelda game.
K

No overworld. No towns.
C

does this mean i can skip the fucking text?
R

You use the remote as the sword and the wii u pad as the shield.
A

I really hope they look at trying to do a 3D version of Zelda II: Adventures of Link (at least in difficulty only and numerous towns) but add the most recent dungeons/weapons. I think it would work (and would be similar to Demon's Souls/Dark Souls).
S

ShockingAlberto said:
The only notable thing she's ever done is inspire the Great Gatsby.
Click to expand...
Zelda Fitzgerald wasn't the inspiration for Daisy Buchanan contrary to popular belief.
R

Kazerei said:
No overworld. No towns.
Click to expand...
Just Zelda fishing game, that's all we ever wanted
F

Played skyward, wasn't impressed. It was like playing OOT and encountering the owl at every possible moment. Couldn't take it so I stopped. Seemed a bit uninspired as well. Hopefully the Wii U one will challenge zelda conventions like MM did.

MM to me was perfection. Loved it.
A 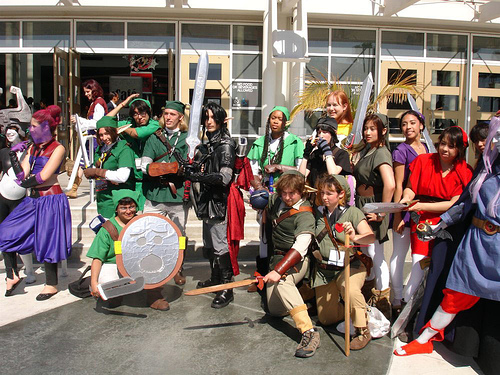 The Matureness we've all been craving. Yes.

With voice acting and all the other horrible things people want in Zelda.

Zelda is this hot ass woman with huge tits, but this time, you get to play as her in Co-Op mode. She ain't take prisoners. Panty shots and stuff. She uses a hand blades as weapons. She's like kinda into other chicks and shit, but she always wants to bone Link - but Link is like too motivated to fuck her all the time.

Gannon looks like a cross between, like, a dude with chainsaws and a Harlery davidson dude. Cigar chomping and shit.

Gannon - or Gan - which is cooler because it has one syl, syllaa, sylabb, um, one word sound - is like taking all the world hostage with aliens and shit.

Link has a gun now though - and he like, shoots Gan, but he deflects the bullets...with his light saver. Yeah, it's kind of like star wars because that was lame what they did to the preekwels(?) so you need Zelda to make it cool again.

The end, instead of beating Gan's magic back and forth, you have to use BULLETS to deflect each other's bullets.

At the end, cue an awesome Guitar remix of the Zelda theme - I think I can find this for you, Nintendo from the internet.
S

As long as I don't get a fucking unskippable message everytime I pick up a bug, item, or rupee and I'll be fine.
J

Foxy Fox 39 said:
Played skyward, wasn't impressed. It was like playing OOT and encountering the owl at every possible moment. Couldn't take it so I stopped. Seemed a bit uninspired as well. Hopefully the Wii U one will challenge zelda conventions like MM did.

MM to me was perfection. Loved it.
Click to expand...
lol I haven't played SS yet so I hope you're exaggerating.
H

Sad that this one probably won't be M+ controlled.

But in glorious HD. Bring it on.
B

how about Link is actually a bullied teen with mental disease and hyrule is the magical world he created to escape, and of course his view of this world is strange and depressing.
M I'm skeptical they'll remove one of the worst trends that its been saddled with..namely the forced hand holding that's leached onto the system and won't let go.
A

Shawn128 said:
As long as I don't get a fucking unskippable message everytime I pick up a bug, item, or rupee and I'll be fine.
Click to expand...
I honestly wouldn't get my hopes up. If they didn't fix that shit between TP and SS, why would they now? >_>
You must log in or register to reply here.
Share:
Facebook Twitter Reddit Email Link
Top Bottom