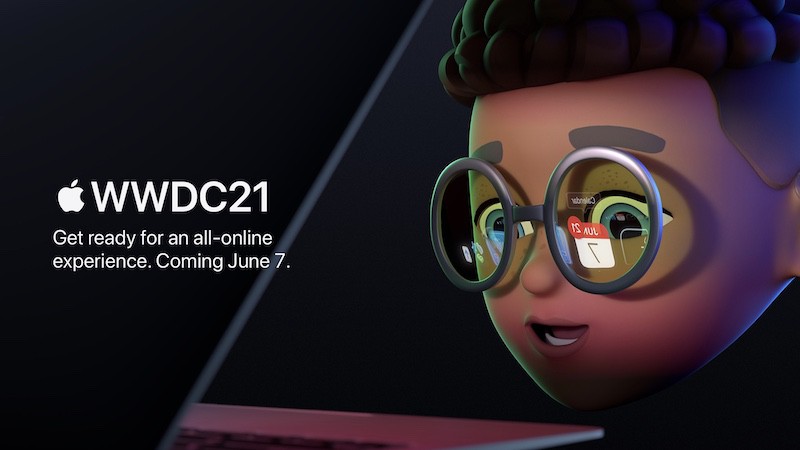 Join the Apple worldwide developer community for an all-online WWDC21. 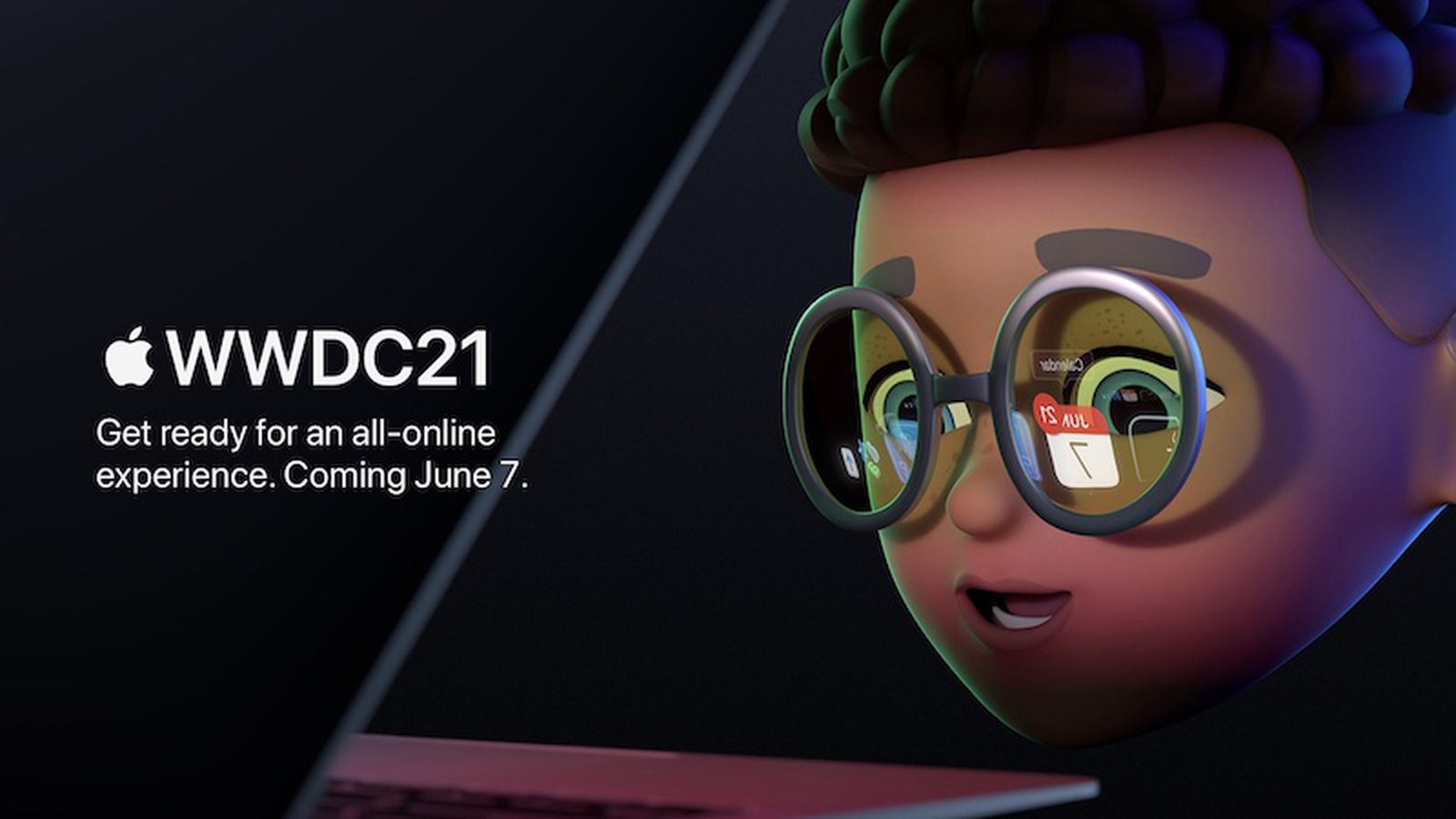 Round-up via the link above @ Mac Rumors:

Apple is working on new versions of iOS 15, iPadOS 15, watchOS 8, tvOS 15, and macOS 12. We don't know a lot about these operating system updates as of right now, but we have heard a few details about iOS 15.
According to Bloomberg's Mark Gurman, iOS 15 will include an updated Lock Screen, plus new privacy and notification features. We've also heard less reliable rumors about iOS 15, and many of the features remain a mystery. What we do know is outlined below.

Users will be able to set different notification preferences based on current status, so if you're awake for example, you may get notifications with sound, while sound might be disabled if you're sleeping.
Users will be able to choose categories like driving, working, or sleeping, plus there will be an option to create custom categories for handling notifications in different ways. The menu options for choosing a mode will be available on the Lock Screen and in the Control Center.
Apple is also adding new options for setting automatic replies to incoming messages based on these statuses. The only currently available auto-reply option works when driving but not in other situations.

There are updates to iMessage in the works, though specifics are not available at this time. Apple is said to be aiming to better compete with WhatsApp.

Apple will add a new menu that shows which apps are silently collecting data from users, with Apple aiming to increase device privacy even further.

An unconfirmed rumor suggests that Apple plans to add a new food tracking feature to the Health app, but it is unclear how expansive this feature might be. It could potentially allow users to log the food items that they consume, providing nutritional details and calorie tracking functionality. It is not known if users will need to manually enter all info or if Apple is working on some kind of food database.

We could see minor user interface changes that were spotted in screenshots of Accessibility features believed to be coming in ‌iOS 15‌, unveiling inset cells and merged navigation bars in the Settings app.

For the iPad, Apple is planning to introduce a new Home Screen for the iPad. Users will be able to place widgets anywhere on the Home Screen, and an entire app grid will be replaceable with widgets.

The Wall Street Journal's Joanna Stern said on the Friday before WWDC that she's heard Apple will introduce improvements to Safari, iMessage, Maps, and Health, but she did not provide additional context.

In the days ahead of WWDC, Apple posted a job listing that mentioned "homeOS," an operating system that does not exist at the current time. The name was later removed from the job listing and Apple updated it to say "HomePod and tvOS" instead, but it is a hint that Apple could perhaps be planning to rename tvOS to homeOS as both the Apple TV and the HomePod run a version of tvOS.
It's also possible that Apple will introduce a new homeOS operating system in addition to tvOS.

Leaker Jon Prosser claims that Apple plans to introduce new 14 and 16-inch MacBook Pro models at the Worldwide Developer's Conference. It's not unheard of for Apple to unveil new hardware at WWDC, but it hasn't happened since 2016.
Analysts from Wedbush and Morgan Stanley have also said that new Apple silicon Macs could debut at WWDC, but a recent DigiTimes report said that redesigned MacBook Pro models won't be shipping to customers until late 2021, so it's unclear what's going to happen. Other reports have also previously pointed toward a launch date later in the year.
Ahead of WWDC, MacRumors did discover evidence of the next-generation 16-inch MacBook Pro in a Chinese regulatory database. Apple supplier Sunwoda Electronic shared details on a battery with the Apple-style model identifier A2327 rated at 8,693 mAh/11.45V, which is similar to the battery of the current MacBook Pro (8,790 mAh/11.36V).
This doesn't necessarily suggest an imminent launch at WWDC, but it confirms that a new MacBook Pro is in development and could potentially be nearing completion.
The new MacBook Pros will feature the most radical redesign to the MacBook Pro lineup since 2016. Apple is planning to reintroduce the MagSafe port, and the 2021 MacBook Pro models will feature an HDMI port and an SD card reader in addition to a trio of Thunderbolt/USB-C ports, and multiple color options are a possibility. 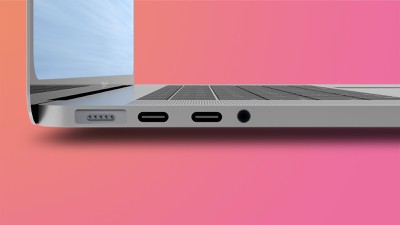 There will be no Touch Bar included, with Apple returning to a traditional row of function keys, and there will be a redesigned thermal system to accommodate the upgraded Apple silicon chips that the machines are expected to include.
The new MacBook Pro models will feature 10-core Apple silicon chips with eight high-performance cores and two energy-efficient cores, along with 16 or 32-core GPU options and support for up to 64GB RAM.
Click to expand... 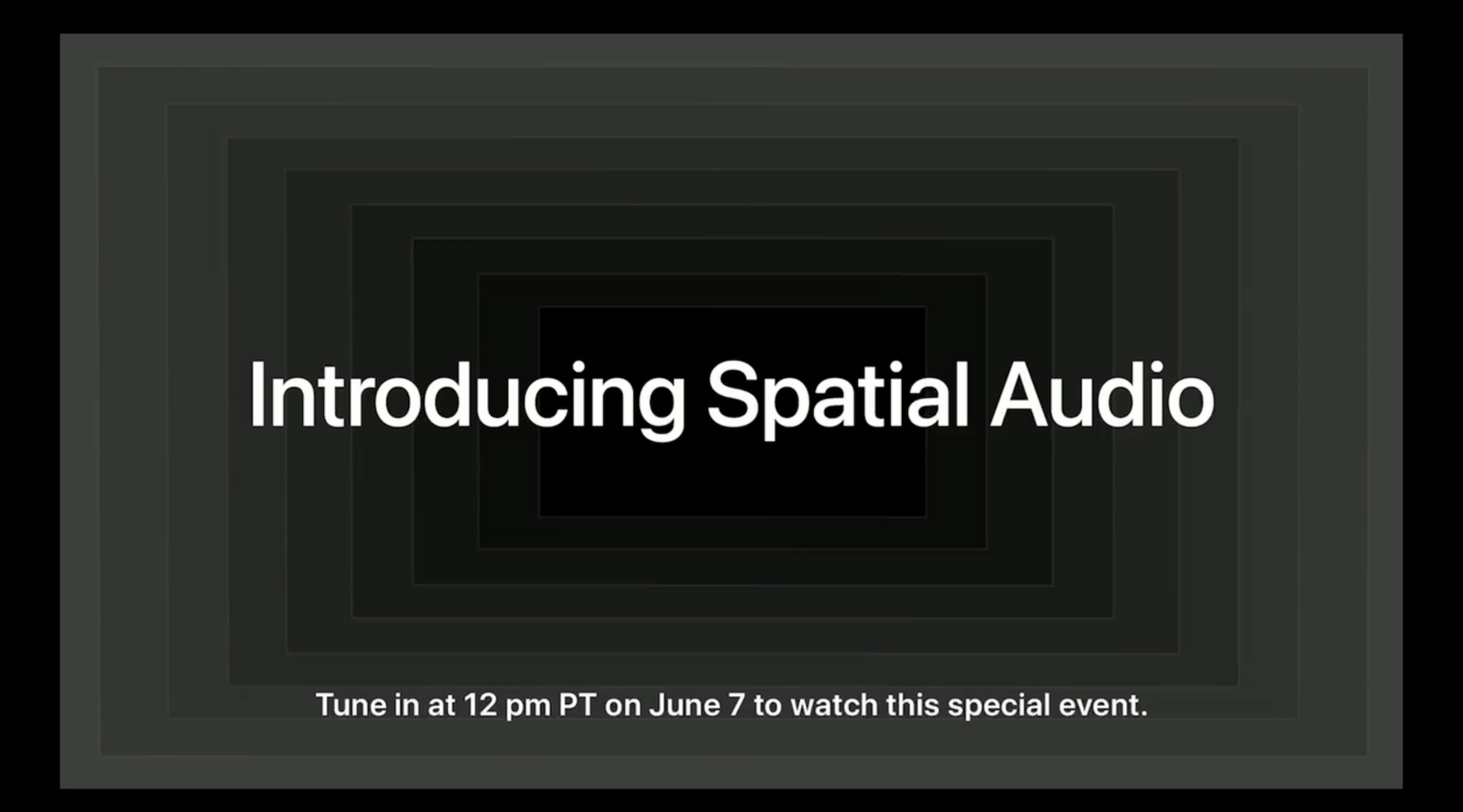 In a video posted on Apple Music, first spotted on Twitter, Apple is teasing a "special event" that will take place on June 7 at 12 p.m PT,...

Apple Updates Leadership Page With Memojis for Execs Ahead of WWDC​ 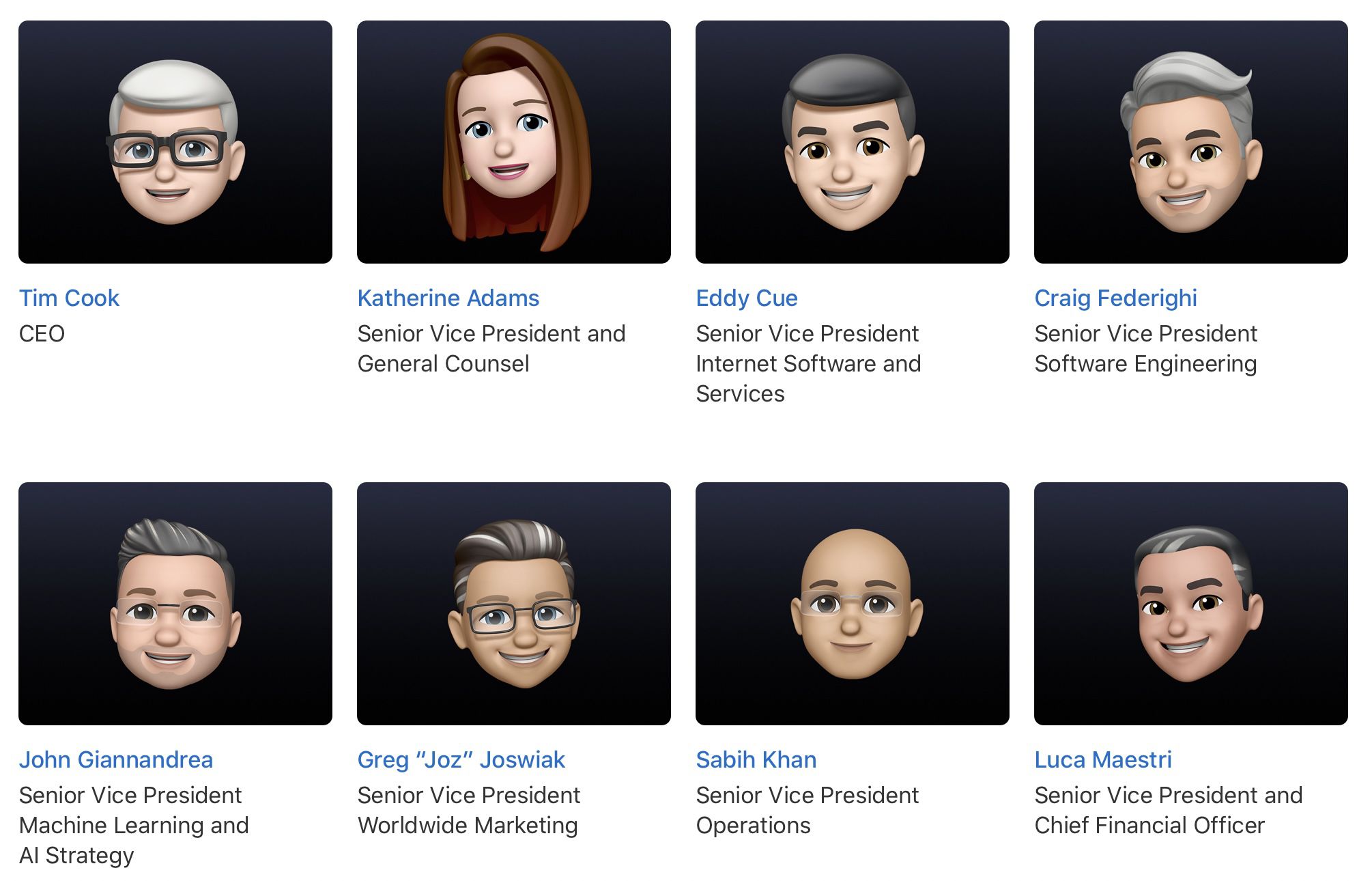 Apple Updates Leadership Page With Memojis for Execs Ahead of WWDC

Ahead of WWDC, Apple has updated its official leadership site to show Memojis for all the key executives listed on the page. Similar avatars also now... 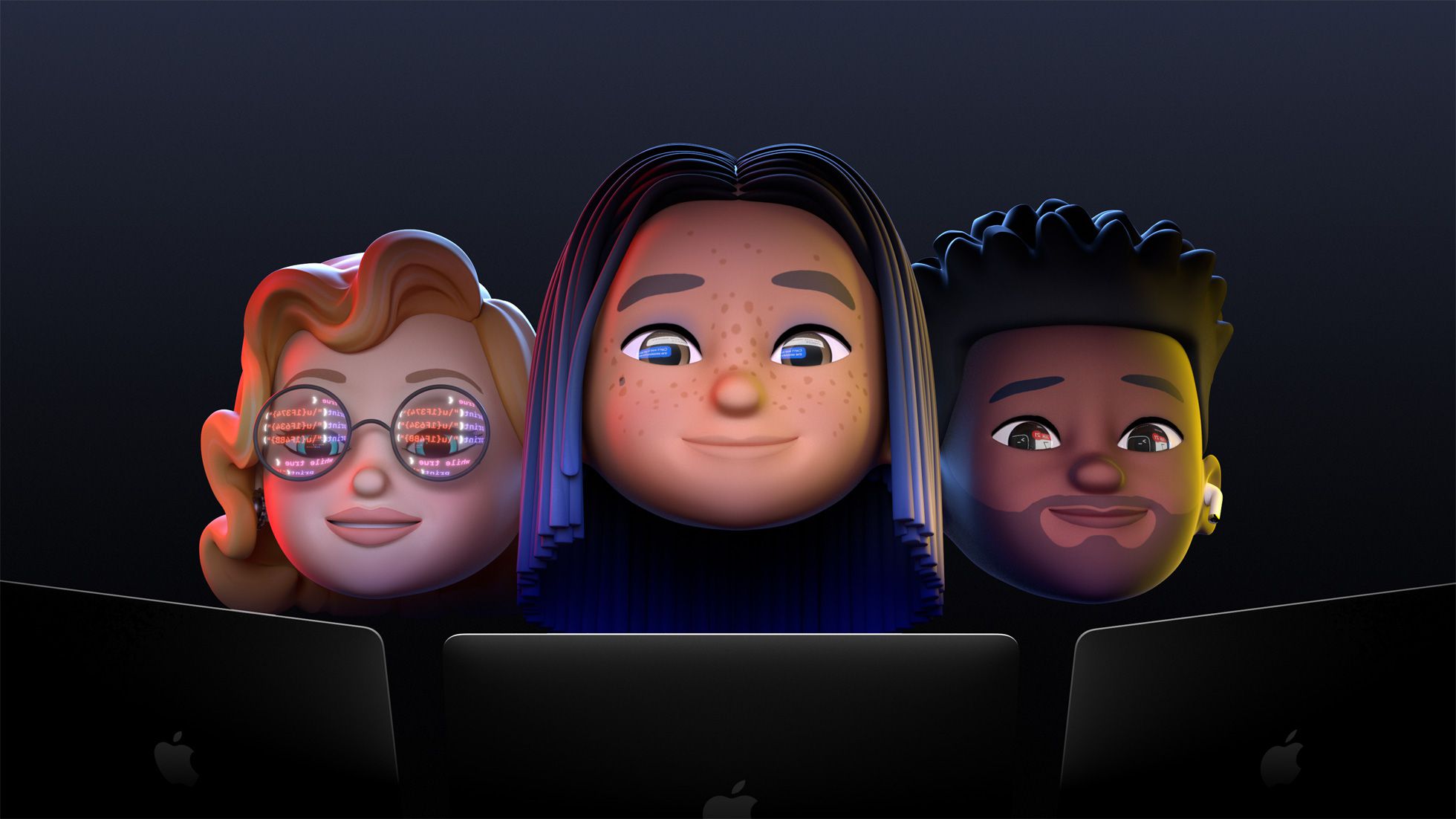 Less than 48 hours away from the start of WWDC, a new App Store leak suggests that Apple plans to announce a brand new "Mind" app across its...


dottme said:
I’ve just seen this on Reddit and tried it on my iPad and it is working. It’s not complete but it give a lot of hope for iPad OS. Hype level is immediately increased to stratospheric level. 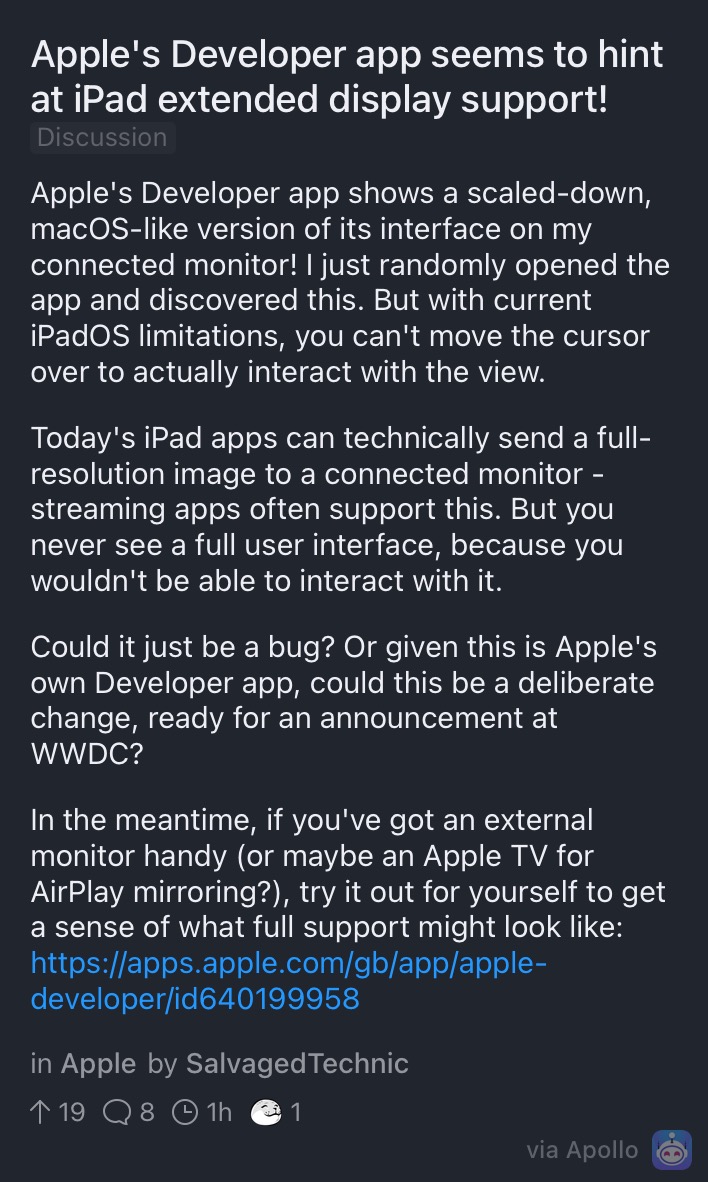 Go go new MBPs. If a delay to later this year means they have MiniLED displays, that's fine. But I would expect them to ship within a month or so given how Apple doesn't tend to do big reveals that far out from release.
Reactions: CloudNull and Maiden Voyage

Are we expecting anything gaming related this year?
Reactions: Maiden Voyage

God I hate these memoji's so fucking much.

Foorbits said:
Are we expecting anything gaming related this year?
Click to expand...

Apple Arcade has been quite silent recently. It might be something for WWDC.
Reactions: Maiden Voyage

Will they address their employees not wanting to come back to the most state of the art building ever built.
Reactions: niveaformen

All this screen-sharing functionality is very cool.
Reactions: Maiden Voyage

Do people really say "Gotta drop" instead of bye these days?

Am I out of touch?

No.... its the children.
Reactions: Boaty McBoatface

wow apple made a slideshow...
Reactions: EviLore and AJUMP23

eddie4 said:
wow apple made a slideshow...
Click to expand...

You mean invented it.
Reactions: AJUMP23

Pagusas said:
You mean invented it.
Click to expand...

Shit my bad, yeah, INVENTED. I've never seen this before.

EviLore said:
Digital IDs, will be accepted at airports. Neat.
Click to expand...

Yeah thats huge. I do look forward to the day I wont need a wallet anymore.
Reactions: Maiden Voyage and EviLore


EviLore said:
Digital IDs, will be accepted at airports. Neat.
Click to expand...

This I can see as being useful. One less thing I have to carry around.
Last edited: Jun 7, 2021
Reactions: EviLore

Everyone is smiling such big smiles it's as if they're getting flogged if they fail to do so.

ohhh head tracking with special audio! I like that.

SJRB said:
Everyone is smiling such big smiles it's as if they're getting flogged if they fail to do so.
Click to expand...

flogged with money.. lots and lots of money.

...did he just chuck a fucking iPad?

There's another thing you can code on...

I mean if you're part of the iOS universe, this is just all built in. I can see people using it just because its there and they don't have to download install and configure software.
Last edited: Jun 7, 2021
Reactions: Maiden Voyage and EviLore

A lot of really cool stuff, even if a lot of it isn’t major. Really, really solid updates coming this fall to iDevices.

Is there a good summary of all the announcements?

CGiRanger said:
Is there a good summary of all the announcements?
Click to expand...

they are still happening. Showing off their new watch OS.
Reactions: Maiden Voyage

Watch movies with your friends....if you HAVE any friends. Thx apple.
Reactions: Maiden Voyage

I gave up on watching the event! Is my impression or they - Apple is becoming soulless?

Zeroing said:
I gave up on watching the event! Is my impression or they - Apple is becoming soulless?

Yep, have to pay for convenience.

not bad, not bad..
Reactions: Maiden Voyage and EviLore

Looks like they used a mockup of an old MacBook Pro when showing off macOS updates. That, coupled with the fact that there's only ~20 mins left in presentation, probably means no new Mac hardware today :/
Reactions: Maiden Voyage and EviLore
D

I was waiting to see what was happening with ipad os, which ipad would y'all recommend for basic use and being able to occasionally hook to a monitor. I will mainly edit photos but every so often a video, other than that it will be web browsing, YouTube etc. Seems like no need for an M1 ipad so not sure which one to get

Glad to see Apple taking privacy seriously, seems to be the only major company these days.
Reactions: HeadsUp7Up and Maiden Voyage

dcll said:
I was waiting to see what was happening with ipad os, which ipad would y'all recommend for basic use and being able to occasionally hook to a monitor. I will mainly edit photos but every so often a video, other than that it will be web browsing, YouTube etc. Seems like no need for an M1 ipad so not sure which one to get
Click to expand...

The iPad Air 4 is a pretty good sweet spot for most use cases if 11” works for you.
D

I had an air 3 and really liked it but never tried hooking to a monitor. I sold it awhile back because I was thinking about buying a pro but maybe a 4 would be all I need

dcll said:
I had an air 3 and really liked it but never tried hooking to a monitor. I sold it awhile back because I was thinking about buying a pro but maybe a 4 would be all I need
Click to expand...

Yeah, unless you need the extra screen size of the Pro 12.9" or something, it sounds like the 11" Air will probably be fine for your use case.

I love my Apple products, but the hipster influencer in LA super clean look at all their presentations and peoples presented is getting on my nerves. It’s too clean.
Reactions: solidsheelop and mango drank

So all the insiders saying new hardware announcements were absolutely full of shit.
Reactions: Maiden Voyage

Well, looks like they chose to delay the new MBPs rather than ship them without MiniLEDs. That works for me.
Reactions: Maiden Voyage
You must log in or register to reply here.