Areajugones: The Metal Gear Solid remake for PS5 is real and will be announced soon 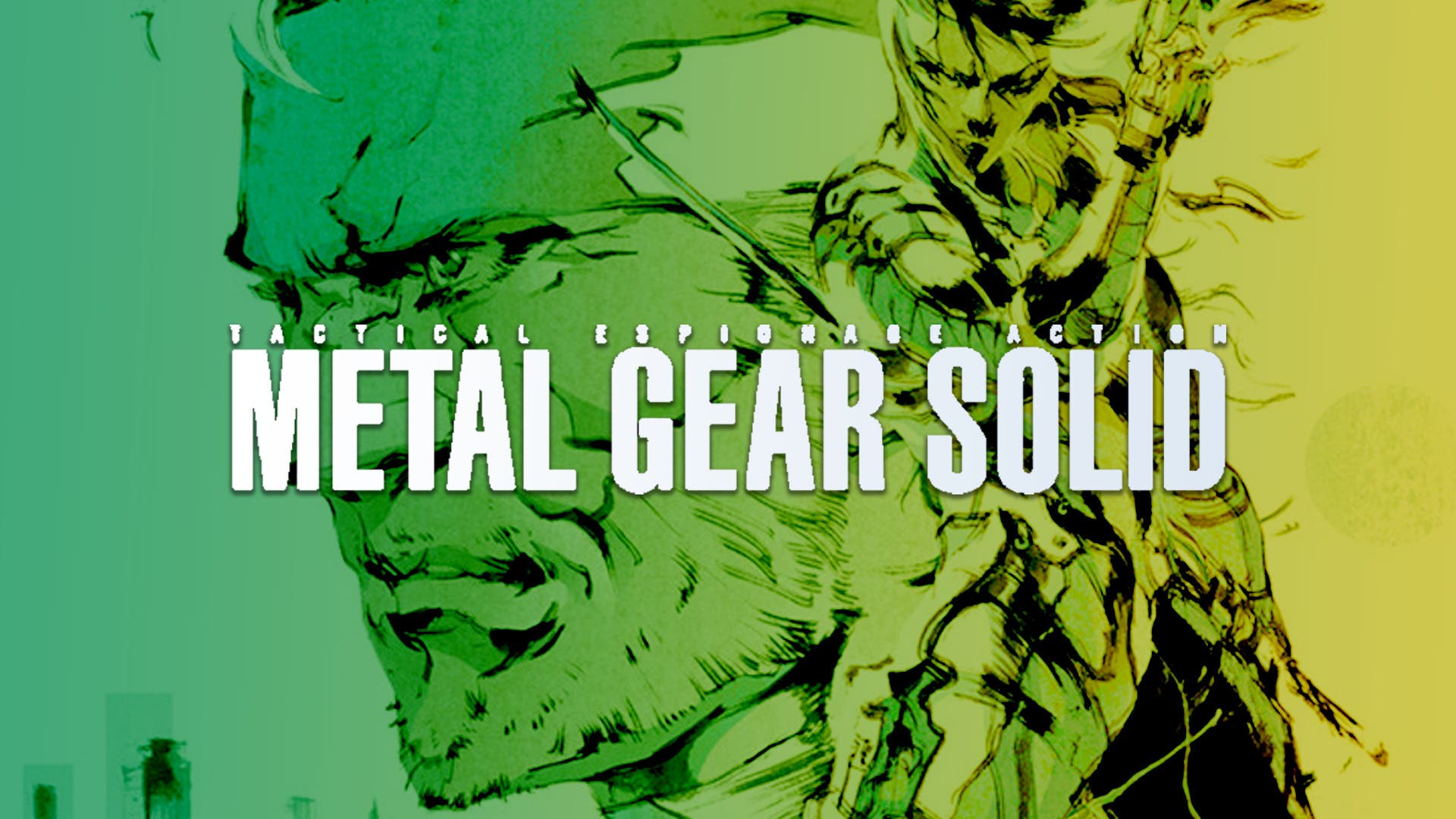 Metal Gear Solid Remake would be real. At least this is the information we have received from anonymous sources and they tell us that this project has been cooking for years exclusively for PS5. Of course, we can not confirm 100% this information that reaches my ears, but if you remember, we have already successfully anticipated in the past the arrival of color DualSense and also some months of PS Plus. However this information is much more shocking and important than previous leaks, so it is important to note that this is a rumor/leak and NOT official or contrasted information.

According to the information we have, which is not much, this Metal Gear Solid Remake would be a PS5 exclusive, thus avoiding its release on PS4. The official announcement of the game would come quite soon according to this information and although The Game Awards gala is just around the corner, perhaps it will not be announced at this event. This, honestly, is already something I am completely unaware of despite the information provided. Neither if the release of the game would come in 2023 or 2024, so the leak only tells us that the project is real and would not take long to be shown.

If you want to know my personal opinion, I do NOT have all with me that the leak is as truthful as those we have had access to on previous occasions, basically because on other occasions the information has been much more detailed than now, which makes me wonder if it really will be true this time. Nevertheless I have decided to share this information with you because if the announcement takes place at The Game Awards and we decide to "keep quiet" this information, it will be a shame not to have shared it and a lost opportunity to give a level exclusive.

Here is the information we have about this possible Metal Gear Solid Remake:

The game has been in development for several years.
Metal Gear Solid Remake would be a game that would be released only on PS5, so like Demon's Souls, it would not come to PS4.
There are no details about the studio working on it or its release date.
The announcement would be "soon", which covers weeks or months.

As I was telling you above we have flipped a coin when publishing this information about the supposed Metal Gear Solid Remake. The future will tell if this is truthful information or a fake that we have fallen for. Personally I hope this is very real, not only because I have shared the information, but also because I am excited that this announcement could be official sooner or later.

Hmm. Love MGS but no interest in a remake personally

Is this "Metal Gear Solid remake" with us in the room right now?

If it is legit and it's PS5 exclusive, that's a system seller for me. Day 1.

The future will tell if this is truthful information or a fake that we have fallen for.
Click to expand...

All you need to know about how reliable this is.

Yoboman said:
Hmm. Love MGS but no interest in a remake personally
Click to expand...

Specially if Kojima is not involved.


I would be extremely hyped for a reboot/sequel with Kojima in charge, otherwise....

How could one not believe in Areajugones.es?

Without Kojima hand and charm?
no
Just release ps1 port

“We couldn’t wait to spoil a potential announcement”.
Twats.
E

The source isn't the most trustful but there have been many rumors about Konami remaking MGS (or MGS3). And after what they have done with Silent Hill why not doing it for a series that was way more popular?
It might be a matter of time.
Last edited: Dec 4, 2022

Not really. If needed, Konami can just announce the game on their own, coming to PS5.

That will have 0 effect on the ABK case and won't weaken Sony's claims. It's the developer's prerogative on which platforms to release their games. They announced the Silent Hill game exactly the same way.

Without Kojima, its not metal gear solid franchice.

I would just wait for the reviews.

Please gaming gods give it to me
R

Every 6 months or so, this rumour comes up again, for the past 10 years or so...
What's that saying with the blind squirell and shit...

Of course it will eventually get a remake, but these fucking idiots that come up with these rumours, have zero info on it.

Also, to those that think that a MGS1 remake (or MG remake) would as easy as a Dark Souls or Shadow of the Colossus remake, you have no idea what you're talking about.
The cutscenes in MGS alone would cost 10 time more to be re-made, than those other remakes combined. Not to mention that they need to build everything from zero, as the source code is useless here.

We'll see in four days if this never-ending rumor is true.
It will never happen, but it would be cool to see a series like MGS remade and then have its storyline/timeline forked. Leading to an alternate set of sequels where New MGS4 isn't 80% cut-scenes. Take the story in another MGS-verse direction without Kojima's verbal diarrhea.

Well, no studio name and it's probably not Bluepoint so it might be Konami's attempt to revive MGS franchise just like Silent Hill with timed exclusivity for PS5
Last edited: Dec 4, 2022

So its ok for any third party game to be exclusive unless its COD? Sony can fuck off with this logic

Please, read the text. They're just quoting "anonymous sources" and say they just don't know if it's true.

Okay, but who is saying this and why should i believe them?

Wow, they predicted that controllers would release in different colors. I'm convinced.

Sad to say this but i would rather play old shit than new shit at this point.
Last edited: Dec 4, 2022

I also want to be a game journalist and create news from rumors. Seems so fun and with no repercussions if they don't become true. You simply write some shit and drive traffic to the site or YouTube channel. Eventually, some of those rumors become true and the journalists seem validated even if they pointed other ten rumors that never will see the light.

We already have the remake on GameCube. If it uses the MGSV: PP template, I'm happy with that.

Same story but with a fresh lick of paint...meh!

I'm sure that Konami will do an excellent job turning one of the tightest and best paced action games ever created into a bloated and meandering modern game split into two or more installments.

This is the sort of remake I can get behind. Gotta have the original voice actors though, I don’t want to hear anyone other than David Hayter playing Snake.

I stopt reading after anonymous sources...God i hate does rumors.....

I Master l said:
So its ok for any third party game to be exclusive unless its COD? Sony can fuck off with this logic
Click to expand...

What has Sony to do with it? Do you have any sources that Sony is behind this "deal", it is a rumour for Gods sake. Stop with this bad Sony bullshit, you are showing your true colours....
Last edited: Dec 4, 2022

I really hope it's not based off Twin Snakes.

I dont think I need it day 1 for $70 but would probably get this one if it looks even close to MGSV in terms of gameplay depth. Really will be interesting to see who makes it. MGS AI and physics options were pretty in depth.

I remember RTG leaked this about two years ago, that an MGS remake was in the works and Mark Cerny was involved as well. However his "leaks" are hit and miss, but now that other leakers are corroborating something similar it does make things interesting.
P

Hopefully not 5 cos its not that old

Likely to be released as a double feature with Silent HIlls 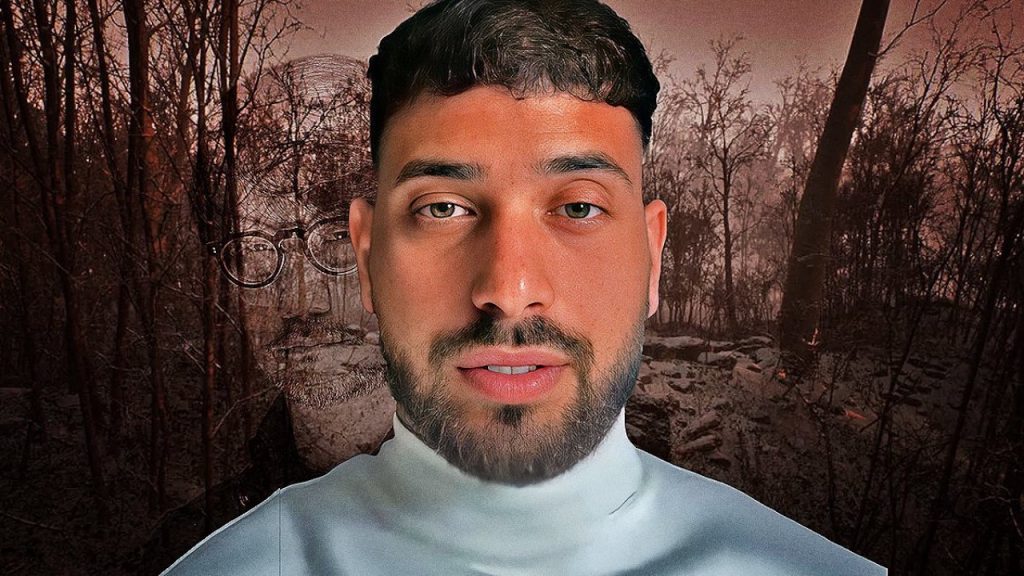 I Master l said:
So its ok for any third party game to be exclusive unless its COD? Sony can fuck off with this logic
Click to expand...

Buying the exclusivity of the remake of one game, its not the same as buying Konami and all Konami IPs

Applying the same logic, buying the exclusivity of Titanfall or dead rising it was fucked up for for everyone who only had a PlayStation like me, but it's the way things work in the business, it's competition,
it is not the same as buying EA or Capcom and all their IPs. It's your logic that can go f off.
Last edited: Dec 5, 2022
You must log in or register to reply here.

Rumours and Leaks [OT] We have a rumour for that

Cyborg replied
Tuesday at 1:01 PM
Information on Prince of Persia: the Sands of Time Remake