Maiden Voyage said:
Did you read the article? It seems you missed the point.
Click to expand...

I hate to be the bearer of bad news, but no one read all that
Reactions: Animagic, Maiden Voyage and Ikutachi

Soodanim said:
I hate to be the bearer of bad news, but no one read all that
Click to expand...

- Have a growing microbrewery culture, to the point where the country has more breweries than it’s ever had

- Lock down cities, force everyone to stay at home for essentially a year

- If you’re lucky, work from home; if not go on unemployment

I’ve lost the taste for alcohol. I used to savor scotch in the winter, beer in the summer... I don’t miss it. I don’t even think about alcohol until someone offers me a drink. It just isn’t appealing anymore.

Idk I have better stuff to do.
Reactions: Maiden Voyage
S

Until I get round to reading the whole thing (it’s a long one), I’ll leave you some second hand information. For an idea of England’s pubs (and the building trade) as they’re mentioned in the article.

Pubs in England in the 70s/80s used to open at a certain time in the early afternoon. You could tell the time by certain people in the building trade, because you would get people who finished work to go to the pub like clockwork. Half 2 when it opened? There was at least one person walking in on time, never late. Then as the day went on, people finished their shifts and turned up at the pub. You even had the extra crafty ones that timed the end of their day to include travel time, so they got back home to the pub at 4. Even the boss would sometimes say “Come on lads, pub time” and that would be it. Especially on a Friday, because people got paid cash. Straight down the pub.

When my uncle died recently, because of Covid funerals were limited in numbers. As an alternative, the hearse drove by his local, where he was always known from. We went up this main road expecting to see a few people outside the pub, but along this whole street there were hundreds of people. Maybe 300 lined up. That’s because of how important pubs used to be to communities back then.

The pub culture is dying now, and pubs in the daytime are more for the die hard old school blokes who remember it or the pissheads that are always in there. For various reasons. The government made it more expensive to drink, and when they let alcohol serving establishments stay open longer they messed with everything. Add in the changing society of not wanting pubs to be the Wild West without the guns, and big chain businesses opening up branches that are nothing like local pubs, and you get a decline. Pubs in danger of closing are always in the news, and unfortunately there isn’t always a local community that thinks to band together to buy it.

Football still brings people down the pub though, and the ones that didn’t get unlucky (or just smart enough to have some TVs) are packed on a Saturday. Big chain bars (sometimes) have more TVs, though.
Last edited: Jun 5, 2021

I don't think so

TonyK said:
I'm not American and from outside I have the feeling north Europeans and Russians drink more than Americans. But again, it's only a perception from outside.
Click to expand...

Yeah I guess that having alcohol to buy absolutely everywhere helps. Not only liquor store.

America Has a Drinking Problem

I'm guessing some people are just more predisposed to alcohol addiction than others. Before I began drinking, I used to worry about falling into the clutches of addiction. Nowadays I'm no stranger to alcohol, and it can be fun for sure, but I have no desire to feel even mildly intoxicated all the time, or a significant minority of the time for that matter.

One or two beers a week is plenty for me, and I genuinely enjoy them for the taste. Only a couple times a year I might aim to get drunk for the fun novelty of it (with good company of course). And I make a point of never drinking if I'm in a bad mood.

alchohol is the greatest drug ever invented. 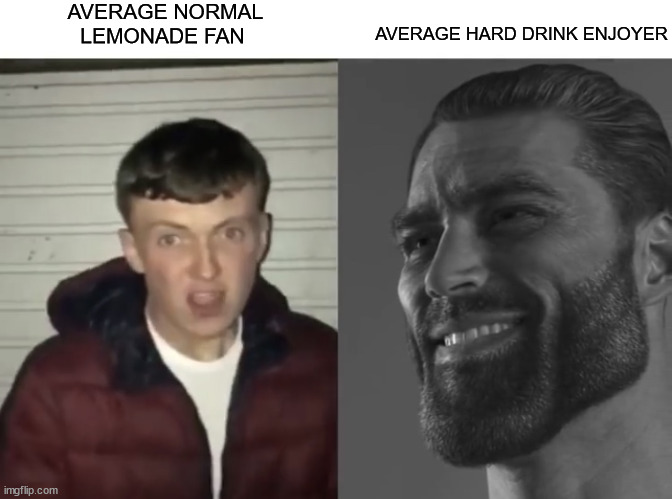 A long standing goal of mine has been to be confident, happy and social without resorting to the liquid bread. The older I get the more confident I am to be not fazed by jabs such as this.


Soodanim said:
I hate to be the bearer of bad news, but no one read all that
Click to expand...

Social ***The Official What Are You Drinking Thread***

Jul 16, 2020 started Bluntman
Jul 17, 2020
Slings and Arrows
2
The heaviest drinking 10% of Australians consume over half of the alcohol in Australia

Jul 24, 2020 started nightfly
Jul 25, 2020
KormaChameleon
2
News Drama US corrections officer has been jailed after having sex with inmate