Attention Original Xbox owners - Remove the Time Capacitor before it's too late!

Hey, owners of this "little" beauty.

I have watched this yesterday that was telling of the dangers of leaving Xbox's time capacitor unattended for too long.


* If you have Xbox version below 1.6, you can safely remove the capacitor, however if your Xbox is 1.6 or higher the Xbox will not function without the capacitor, so you would need to replace it instead. An easy way to see if your Xbox is 1.6 or not is to check the manufacturing date on the sticking underneath the Xbox. If it's before 2004 then it's OK, if not, it's probably 1.6.
* Xbox time capacitor, as in the thing that keeps your time rolling while Xbox is off, is prone to leaking
* The leakage can cause corrosion and ultimately motherboard failure of the Xbox
* The capacitor can be safely removed from the motherboard without affecting any functionality aside from internal clock resetting every time you power the thing off
* It doesn't matter whether the Xbox is unplugged or turned off

So, I went and dug out my old Xbox from the closet, phew it was dusty. I opened it up, checked the capacitor in question and lo and behold the little munchkin was all puffed up and going sort of browny in places (I should have taken a picture). I took it out and there was a little bit of leakage just below it which I cleaned up afterwards. I turned it on again and it seemed to be working fine.

The moral of the story is, if you want to keep your Xbox in working order, you better remove or replace the time capacitor as those particular ones tend to blow up!

Hopefully someone will find this info useful.

What's the revision number of my Xbox!?

You can use one final check to verify the Xbox revision that you own (or are considering buying): Look at the BIOS kernel version and dashboard version numbers. To view these numbers, boot the Xbox in dashboard mode (by powering up without a disc in the DVD-ROM drive). Go to Settings and then System Info. A disclaimer will scroll down and will eventually show you two version numbers: a K: value for the kernel and a D: value for the dashboard. You can perform an unscientific check of the revision using Table 3.5.
Click to expand...

I'll have to keep this in mind whenever I repurchase an original Xbox again.

I kept seeing this video in my suggestions (I'm a subscriber of lukemorse1), but never bothered to watch the video to see what he was talking about. Glad you posted this thread!
S

What the hell is a jiggawatt?!?
H

What's the size, voltage and capacitance of the cap?
S

I wonder if this is why my Xbox died late last year
Poor thing.

MS CEO: "Execute Order Make All Time Capacitors in OG Xboxes Leak and Destroy Them All."

I've got a couple of xboxes. I need to look into this.
D

Huw_Dawson said:
What's the size, voltage and capacitance of the cap?
Click to expand...

from the description in the video the OP listed:

. It is a capacitor marked 2.5v 1uf and is the root of the lack of the clock time working in your xbox
Click to expand...

Mine died already...
I should look at this though
P

I know just the guy for this job 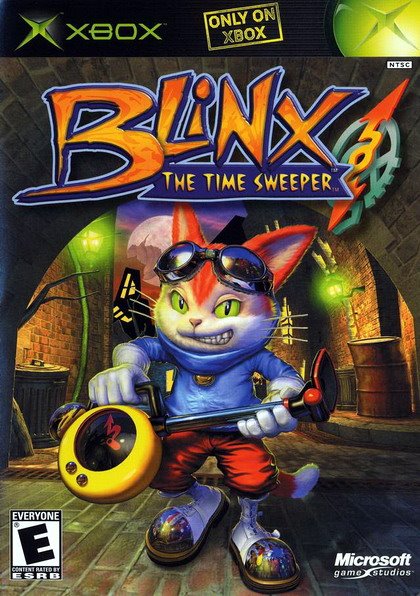 I guess that's what i'll be doing this weekend.
C

Any other console which needs something replaced over time? I now know of the Gameboy save batteries and Xbox time capacitor.

They could've just crashed one on earth 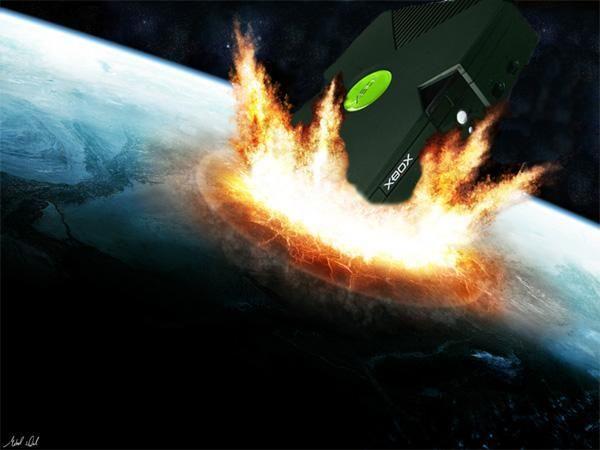 I own far too many Xbox games to have my Xbox breaking down on me now. Looks like I'll have to crack mine open. This is heavy.
J

There's that word again, is there something wrong with the Earth's gravitational pull on the xbox?
K

The engineers of the OG XBox just were not thinking fourth dimensionally.

Welp, it's always something.
S

"Wipe them out, all of them." ^ Avatar matches my post somehow
S

Crap I gotta do this.


Jackbooted said:
There's that word again, is there something wrong with the Earth's gravitational pull on the xbox?
Click to expand...

"Timed" capacitor, well that's a good one. Glad to see that this info is being useful.

Taking your Xbox apart is surprisingly easy, as long as you got those torx screwdrivers. You can just break the capacitor legs off, no need to unsolder it.
S

Wow, this sucks. I'll need to check mine. Thanks OP
S

Well, good to know, my Xbox has been sitting covered with a cloth for so many years, definitely ever since the original Xbox came out.

This is Firestone tires all over again.
Z

Huw_Dawson said:
What's the size, voltage and capacitance of the cap?
Click to expand...

Yeah, did Microsoft just use poor quality capacitors? Can it be safely replaced?

looking back at the OG Xbox, the One is really not so different in design. Not joking about the size but just referring to the general aesthetic. The 360 is the weirdo of the 3.

Interesting, I'll have to look into this.
My launch XBOX stopped working a while back but I'm not sure if this was the cause (it was getting a red ring at startup, IIRC).

I have 3 other OG XBOXes lying around (bought a replacement for mine at Goodwill a while back and a friend randomly gave me 2 more) so I'll check them out at well.

Your Local Buddy With Safe Hands And A Soldering Iron will almost certainly be able to repair this if you can source a suitable capacitor.
A

cheers will have to dig the big fella out, while i'm there I might pop in Jet Set Radio...just to check the box is ok...

Huw_Dawson said:
Your Local Buddy With Safe Hands And A Soldering Iron will almost certainly be able to repair this if you can source a suitable capacitor.
Click to expand...

This. Changing a cap is dirt simple.
V

Are there any other consoles with leaky bits like that? That cause major issues and such.
L

This makes me doubly disappointed in all the great games that don't have BC with 360. Ugh

Village said:
Are there any other consoles with leaky bits like that? That cause major issues and such.
Click to expand...

Huw_Dawson said:
Your Local Buddy With Safe Hands And A Soldering Iron will almost certainly be able to repair this if you can source a suitable capacitor.
Click to expand...

Uh such local buddies are not in abundance I assure you.
B

Too many people in this thread thinking of Flux Capacitors.


I'm sorry. I see myself out.
Anyway, thanks for the heads up. Need to remove that thing before shit's going down!
R

valkillmore said:
What the hell is a jiggawatt?!?
Click to expand...

It's like a ".jif" image. How did you think it was pronounced you terrorist ?

SpasilliumX11 said:
I did this to my Xbox a while ago, which looked like it was beginning to leak, and everything still works fine.

A friend of mine that still has one since release already leaked pretty far, and was the cause of his power/eject buttons not responding, and randomly turning on/off his system, because of it somehow spreading to the powerboard in the faceplate.

I did a thorough cleaning on his. Those buttons work perfectly again, and his system doesn't turn on and off at random. DEFINITELY do this if you still have one, especially with the older models.
Click to expand...

This is exactly what my OG Xbox does. I hope I can save mine too.
K

Unsolder it and replace it, no need to put up with the hassle of having to set the time over and over. I replaced one of the capacitors on my motherboard when my PC randomly shut off while i was using it.
T

Kysen said:
Unsolder it and replace it, no need to put up with the hassle of having to set the time over and over. I replaced one of the capacitors on my motherboard when my PC randomly shut off while i was using it.
Click to expand...

Obviously, it's the proper solution but you don't need to set the time over and over again. It'll be automatically set to whatever the default is.
U

Damn. i need to give mine a look whenever i can.

Wow, thanks. I need to fix mine today.
W

The description says don't do it if you have a 1.6 Xbox. I wonder if that's my version, I bought it pretty late
You must log in or register to reply here.

Xbox Smart Delivery Turned Out To Be A Pretty Big Deal