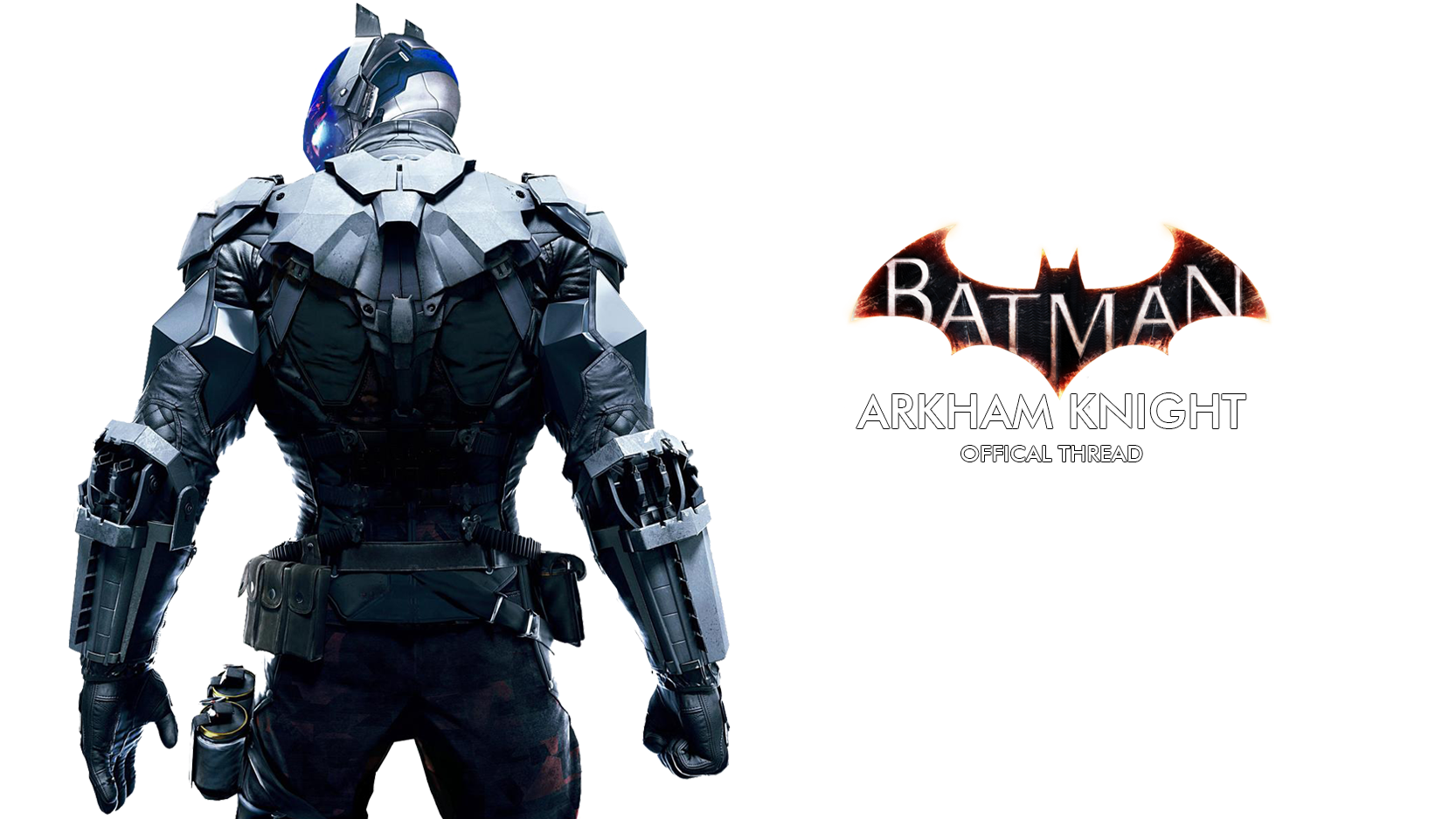 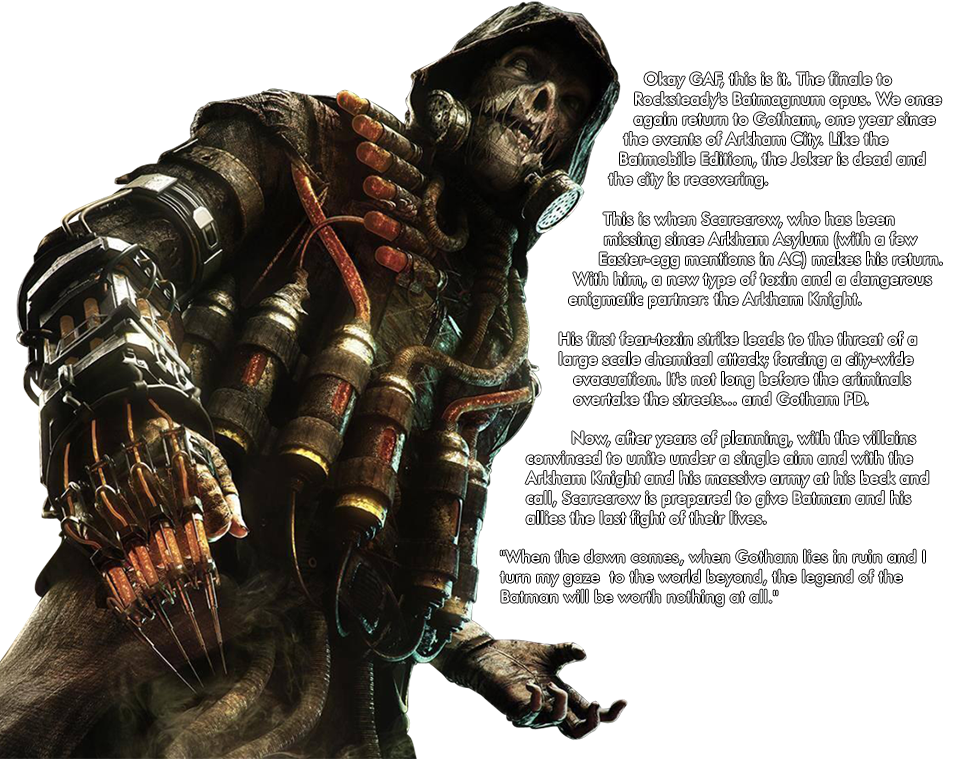 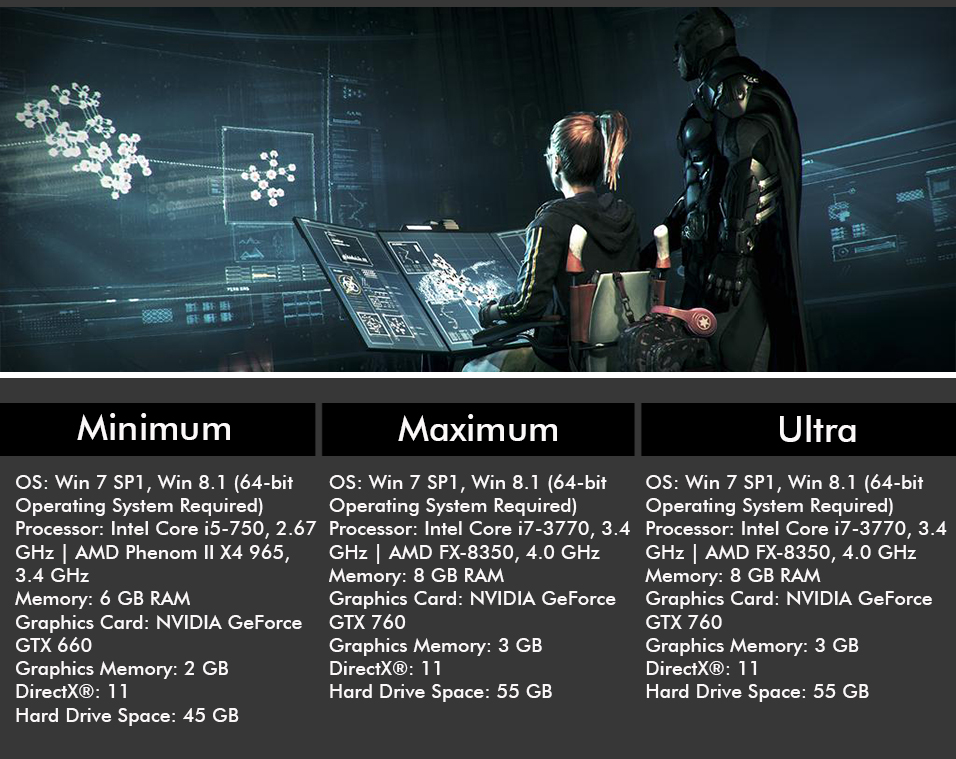 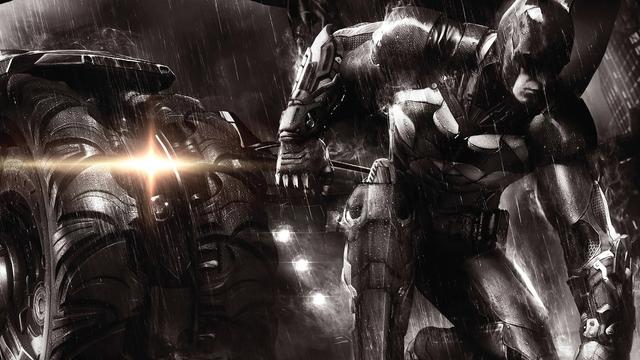 In Arkham Knight, you are playing as Batman in his Prime. Many of the gadgets and the gameplay elements from the previous Arkham games return, but as the most dangerous man on the earth, youve picked up a few new things since your last outing.

The "Disruptor" rifle can be used to disable or detonate enemy weapons and drone turrets, booby-trap weapon crates to shock enemies who attempt to arm themselves, and tag vehicles for Batman to track.

Batman can use some gadgets while gliding, such as batarangs or the line-launcher. Gliding has also been upgraded allowing for faster, longer sustained flights, steeper dives and higher climbs. The grapnel gun can now be used to instantly switch directions during a glide, as well as being fired twice while in the air to chain grapnel moves together. 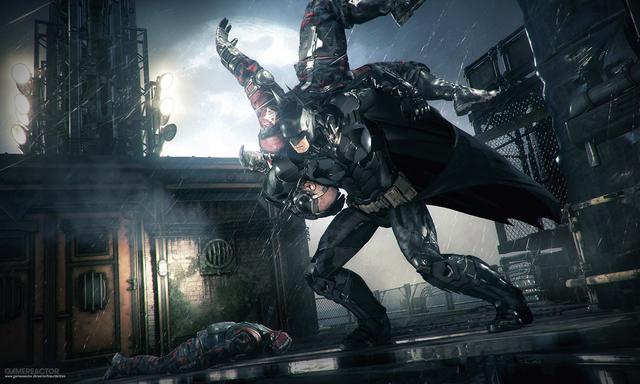 Changes to the combat system include the ability to combine attacks on prone enemies without interrupting the streak. Batman can counter enemy attacks and throw them into other enemies for increased damage. Arkham Knight introduces the "Fear Takedown", where Batman can subdue up to three enemies simultaneously as long as he remains undetected; time is slowed after each take down, allowing the player to target the next enemy. Hazardous items within the area such as power generators can be integrated into combat for environmental attacks. The Goddamn Batman is also capable of disarming enemies wielding items like baseball bats and using the acquired weapon on several foes before it breaks. 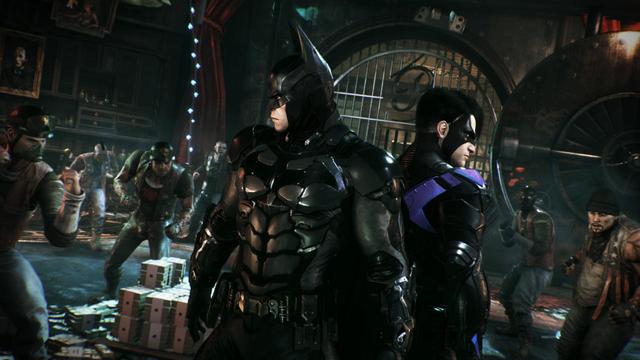 Arkham Knight introduces "Dual Play", in which players can seamlessly switch control of Batman to one of his allies: Robin, Nightwing, or Catwoman while in Free Flow Combat. Each successful, uninterrupted attack adds to the players' combat score, which carries over between each controlled character, and unlocks double-team takedowns on opponents at higher scores. 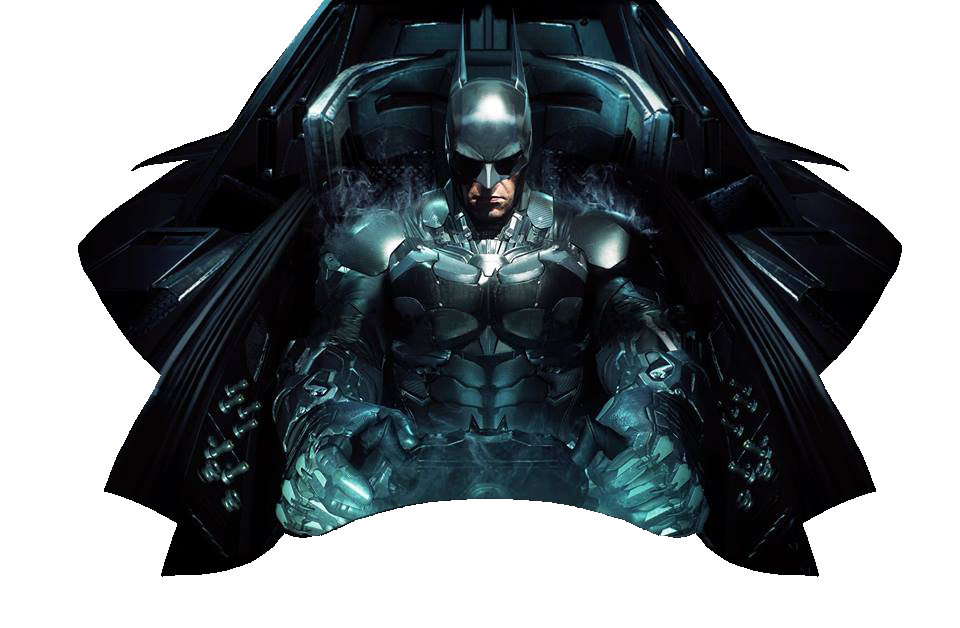 For the first time in the Arkham series, we finally have access to the Batmobile. Batman has his 1 rule. His car doesn't.

This German-engineered, 1-billion dollar bulletproof TANK be summoned to the player's location at will while on foot, or airborne. While in the car, Batman can eject for a glide boost. Like Batman, the Batmobile can be upgraded with new abilities.
Also, some Riddler Trophies also feature objectives requiring the car. The vehicle features the ability to perform jumps, speed boosts, rotate on the spot, smash through obstacles and fire missiles that can immobilize enemy vehicles. The Car can also be controlled and driven remotely. 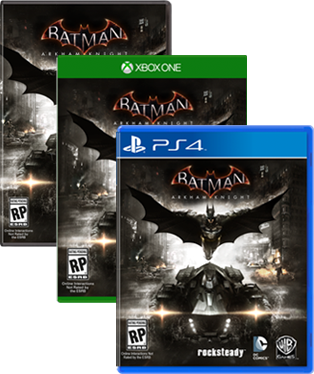 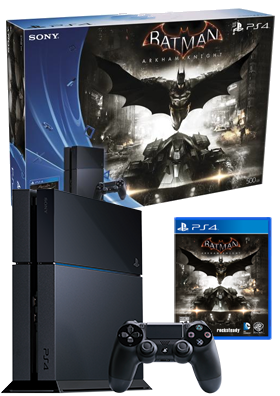 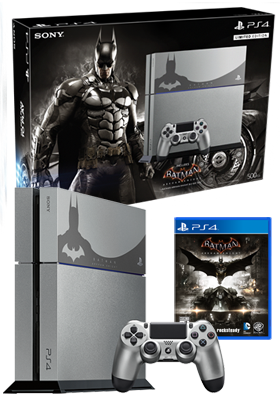 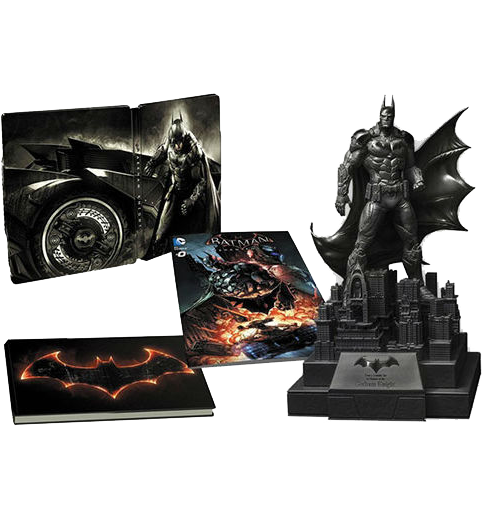 We regret to inform you that we are not able to release the Batmobile Collector's Edition of Batman: Arkham Knight due to unforeseen circumstances that greatly compromised the quality of this extremely limited run of product.
We are deeply apologetic for this unfortunate outcome. If you did pre-order the Batmobile Collector's Edition, please go to the retail location where you pre-ordered the product and you will receive a full refund of your deposit or it can be rolled over to another Batman: Arkham Knight edition or another product of your choice.
We will be providing everyone who purchases Batman: Arkham Knight with the New 52 skin pack, including Batman, Robin and Nightwing, free of charge.
Click to expand... 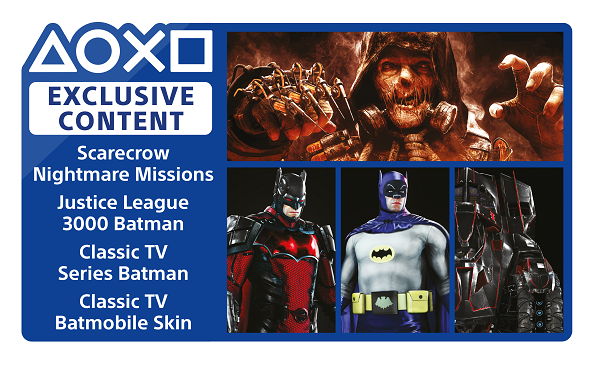 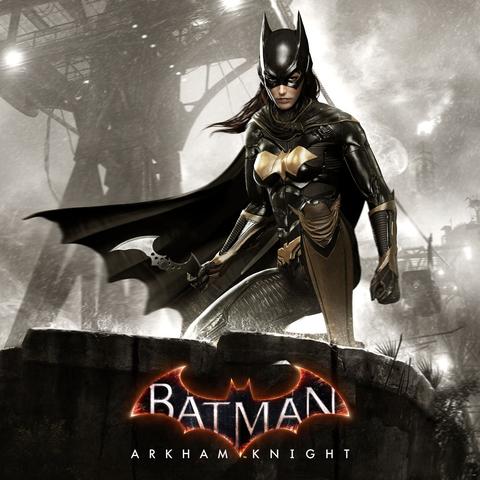 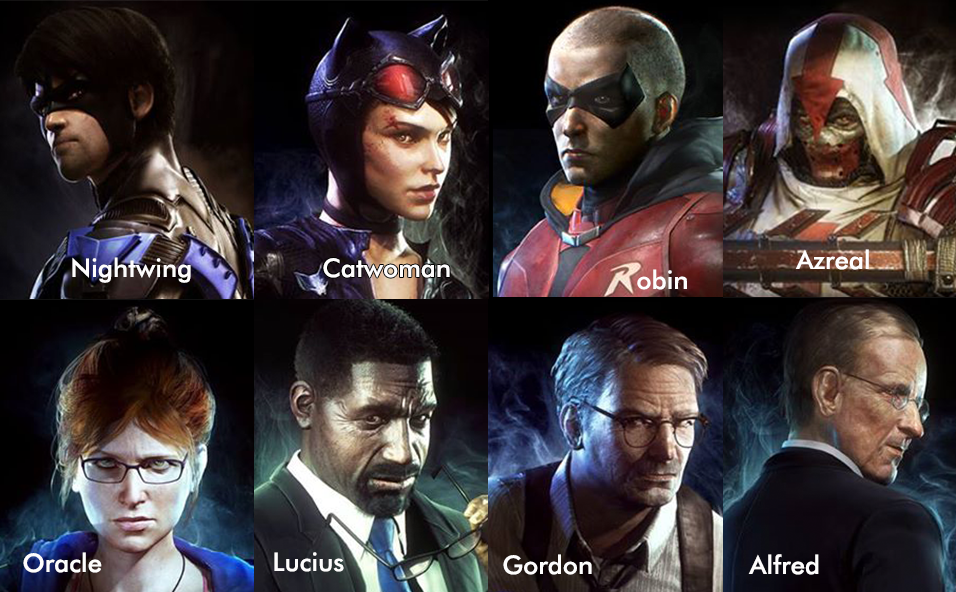 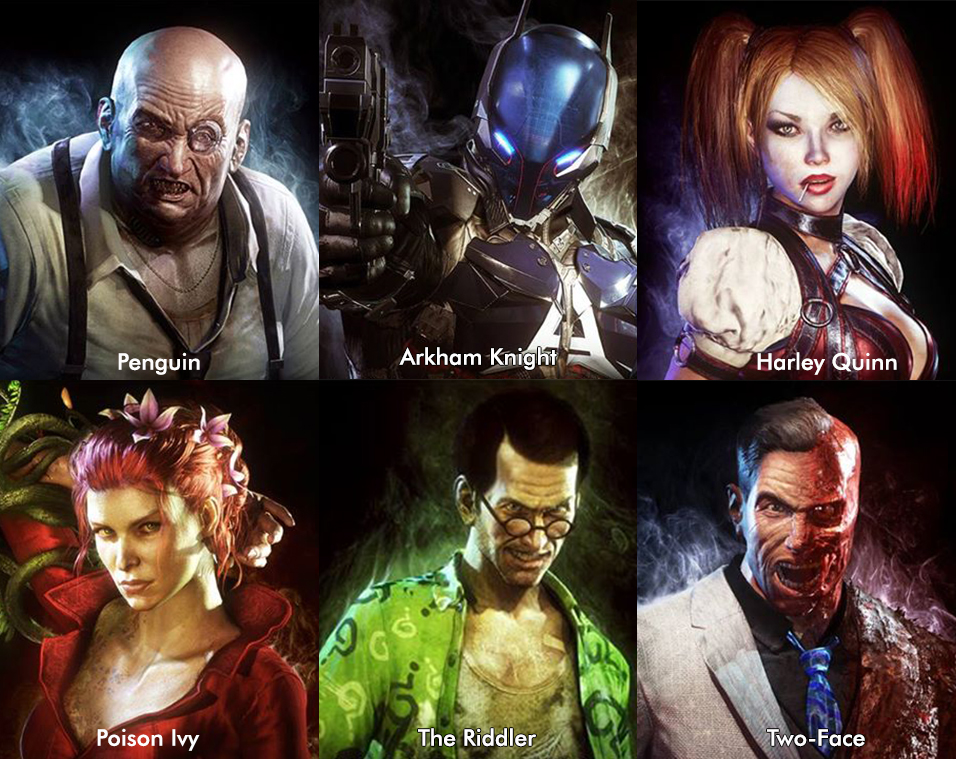 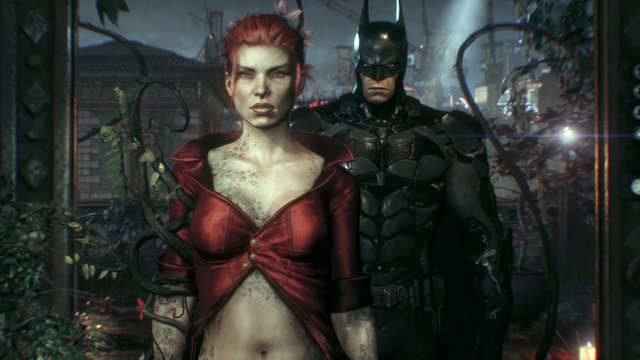 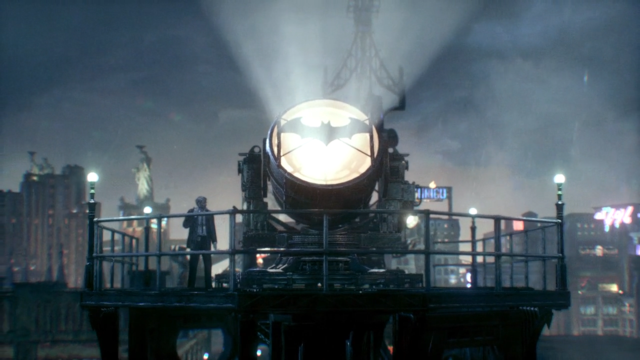 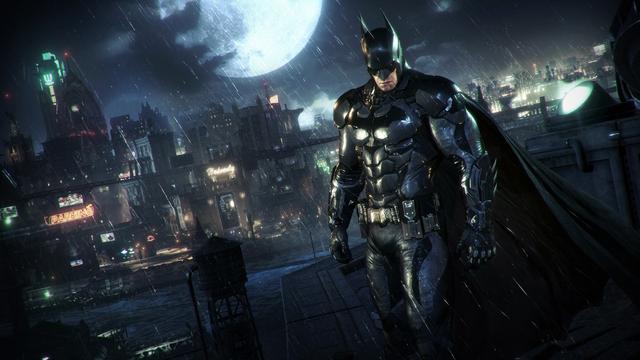 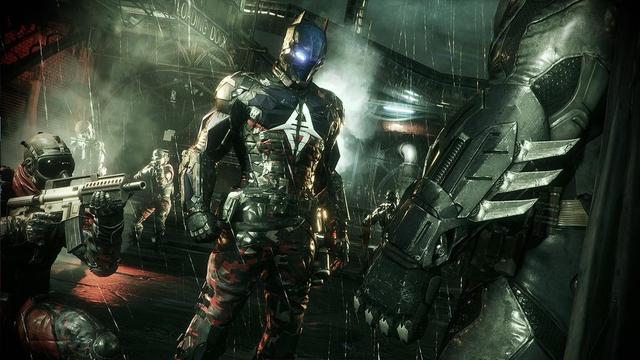 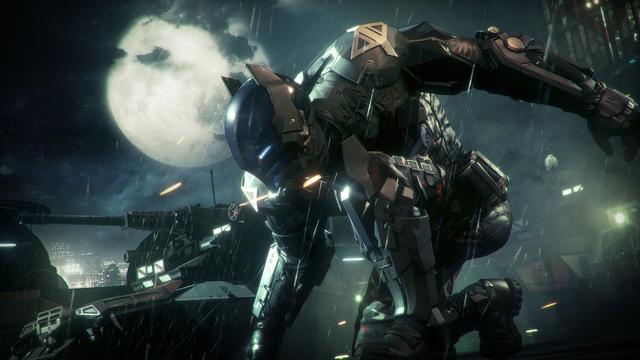 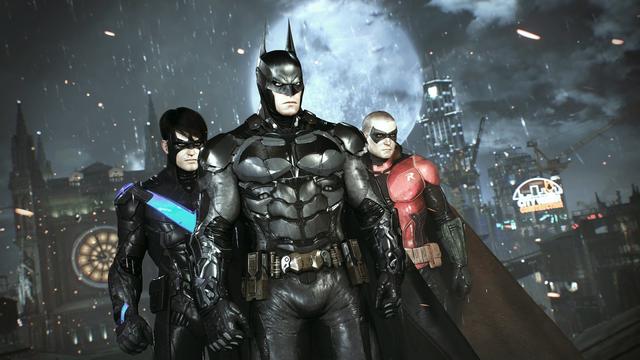 Bill Finger for making The Batman we know and love.
DC for 75 years of Batman goodness. Rocksteady for an awesome series.
Neogaffer1 for the DLC Spreadsheet
BATGAF for keeping the hype going.
Moss, JoJo UK and Zakalwe for the OT Title
Thomas and Martha Wayne for exiting the theater through the back-alley in Park Row.

I'm so ready for this, been waiting and waiting for Batman to come back, can't wait to play!

Glad you picked the superior subtitle.

Tomorrow afternoon baby! (For me anyway)
I

Really looking forward to playing this tonight. The Arkham games are some of the best I've played.
S

Can someone put a Batman cowl on Ilana

I hope dis is good!

Did anyone else pre-order from Nuuvem?

My account page is now showing my key, or more keys. For some reason I've got two keys listed on my account under Arkham Knight. I thought one was for the game and the other might be for something like the Red Hood DLC. However when I try to register the second code, I get a message that the product is already registered to my account (thought it doesn't tell me what that product is).

Trained in a remote, harsh environment in elite survival and fighting methods: Check
Return a Rich playboy getting your vigilante on: Check
Trying not to fail your city: Check.
Refusing Ra's al Ghul as his heir: Check.
Donning green and using arrows to fight crime: Nope.

Lagamorph said:
Did anyone else pre-order from Nuuvem?

My account page is now showing my key, or more keys. For some reason I've got two keys listed on my account under Arkham Knight. I thought one was for the game and the other might be for something like the Red Hood DLC. However when I try to register the second code, I get a message that the product is already registered to my account (thought it doesn't tell me what that product is).
Click to expand...

I think I read that the preorder stuff has to be registered after the main game. I also bought from Nuuvem but haven't tried registering yet.
A

My cape is ready!!
P

I sold out and broke my one rule and pulled the trigger on buying the season pass for $24. I figure since the game came with my 970 I might as well for that price, I'm sure it'll get a 50% discount at some point before all the content is released (and it better not suck) but meh, it's only four bucks. Got it immediately and added it to Steam without issue. WB better not pull the "this isn't part of the season pass" bullshit with some content.

Again, this is the correct code: 40OFFB-ATAKVC-GMGRB9


Since the Harley pre-order DLC required a code I'm guessing that no, us NVIDIA promo people won't be getting it. Oh well, see it in a couple months.

Ephemeris said:
I think I read that the preorder stuff has to be registered after the main game. I also bought from Nuuvem but haven't tried registering yet.
Click to expand...

The first key I registered as for the main game. The second key I tried just says "This product is already registered on this account". I'm wondering if they've given me two keys for the game....

There's some great png's out there.
J

Nice OT, I love it when people decide to keep it real simp-


Lagamorph said:
I'm wondering if they've given me two keys for the game....
Click to expand...

That's not it, I tried to redeem the second key first and got a you must own the base game message

so it is dlc

This is not the OT we deserve, or the one we need.

And why the hell is it in Community?
X

Posting to stay in the loop. leggo

Lukas Japonicus said:
This is not the OT we deserve, or the one we need.

And why the hell is it in Community?
Click to expand... 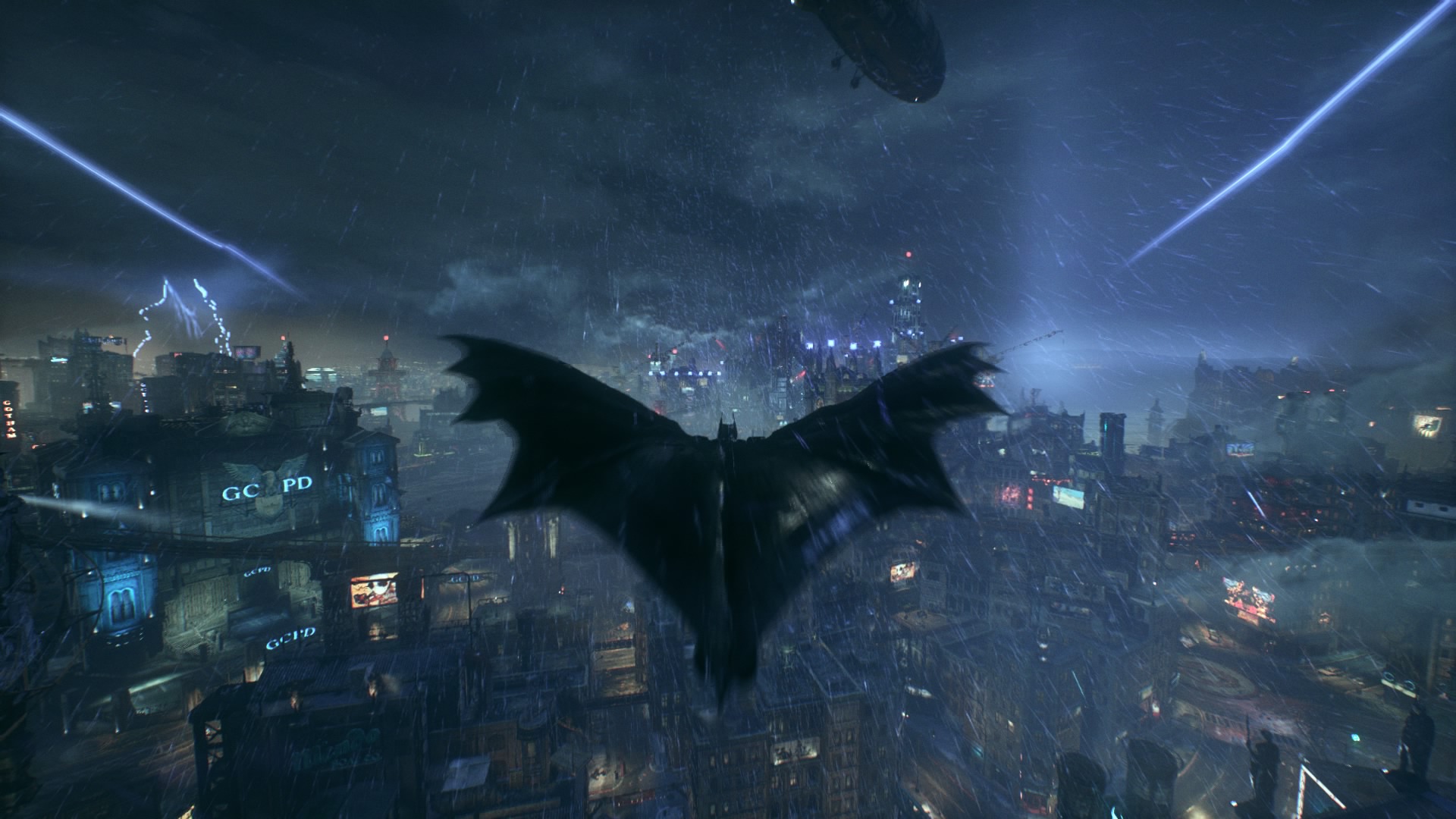 OP you misspelled Azrael. And where is Scarecrow?

SargerusBR said:
OP you misspelled Azrael. And where is Scarecrow?
Click to expand...

god dammit OP, you had one job. Oh and Crane is in the 1st post

Hate to be that guy but I hope this OT is still work in progress.

edit: after refreshing I see that it is.

edit 2: haha, most of those gifs are mine.
S

That is a gorgeous OT, nicely done.

Season pass for this game is $45 though, which is ridiculous -__-

I am disappointed we didn't go with this

Especially when Jiraya from Naruto said those exact phrases. 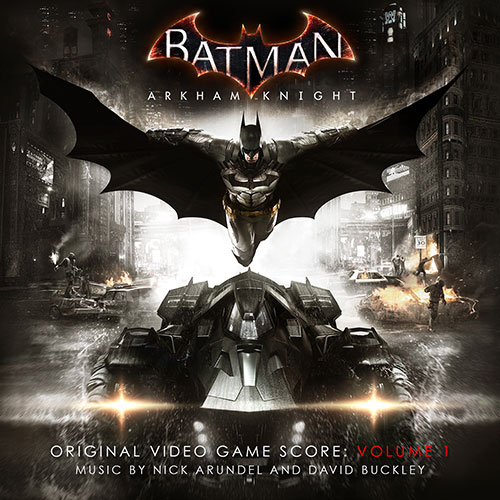 OT looks great. Now. Thanks for the work OP!
M

OP, I think your spec requirements chart might be a tad off. I don't think a 760 is going to run it at ultra.

Edit: Just realized that you might just have that as a placholder while you wait for benchmarks.
J

I told myself I wouldn't pick this one up until I finished Invisible Inc/Axiom Verge.
But it just looks so damn fun

Oh shit, mine does too! I'd better call first to make sure, but that would be HUGE.

E: Just called, it's sitting there and they sent out the email, but they can't release it until tomorrow. Drag.
M

Wait, this is going to be in community and not in the gaming section?
S

Cool. I guess since thats Volume 1 then the more spoiler filled OST will follow after the game's release? Good thinking.
O

OT is glorious... and I don't think it's finished lol
T

Anyone have experience working with Nuuvem customer service? They sent me only one code but when I try to activate it on Steam it says it is not entered in correctly. I tried copy and paste and entering it manually but nothing seems to work.
B

I love the OT title.
P

mgs2master2 said:
Wait, this is going to be in community and not in the gaming section?
Click to expand...

Nah OP is just working on the OT while it's in the Community. It'll be moved to Gaming when it's done.

Actually it's a pretty good setup because that way you can get it ready and see how it lays out, and reserve more posts, without posting it in Gaming and getting jumped on. lol

I'm excited! I've been waiting on this one since last fall and played the previous games again in the spring to get ready.

Just got to get my driver updated tonight and get the pre-load ready and then I'm good to go. I will be watching the thread but otherwise I'm on lock-down to avoid spoilers.

Great thread title too. Although now I'm sad about PGR ending on the 4th game
P

I thought they cracked down on super long ots
You must log in or register to reply here.