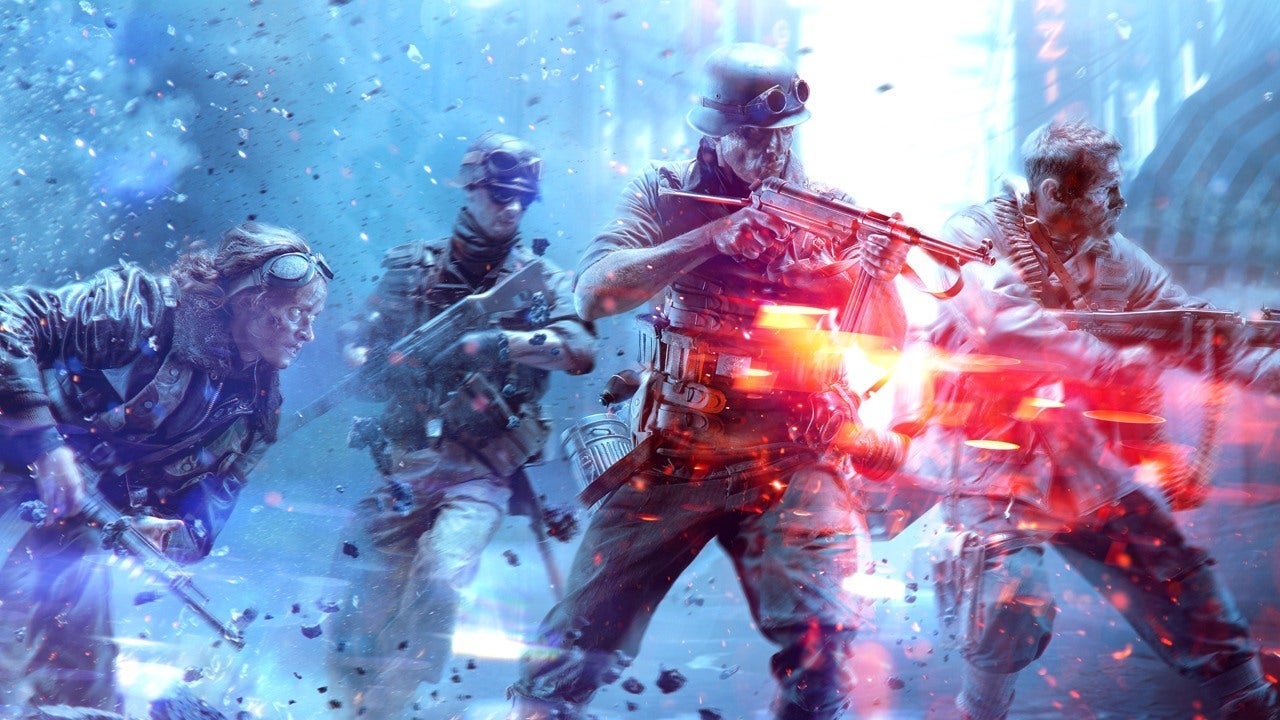 EA has appointed a new general manager for the Battlefield franchise to help grow the series – and he's previously served the same role for Call of Duty.

EA has appointed a new general manager for the Battlefield franchise to help grow the series – and he's previously served the same role for Call of Duty and Destiny.

EA announced today that Byron Beede has joined Battlefield as SVP and GM, and "signals a strategic, long-term commitment to the growth of the franchise". Beede previously worked as GM on both the Call of Duty and Destiny franchises and, with CoD, was a part of launching the series' live-service aspects, including Call of Duty: Warzone and Call of Duty Mobile.

With 2021's mainline Battlefield game, as well as a mobile spin-off, now being developed by five studios, it appears that EA is putting huge resources behind the franchise, presumably to counteract Call of Duty's recent huge success. Beede's appointment, direct from the Call of Duty series' leadership, seems to signal another step in that direction.

IGN understands that, while Beede will be a part of getting this year's game and next year's mobile game over the line, his focus is on the future of Battlefield beyond them. Beede will report directly to Respawn founder Vince Zampella, who took over as head of DICE LA last year. DICE Stockholm GM, Oskar Gabrielson and EA European studios GGM David Rutter will see no changes to their positions.

If the rumors are true about CoD this year, then Battlefield has the advantage.
E

Also, come to EA Play on Day 1 like Knockout City thanks.

First point of order: Don't tell people not to buy your game.
Reactions: ZywyPL, GnomeChimpsky, RNG and 2 others

Yeah, the whole 'go fuck yourself' angle they took with their fans may have been a strategic mistep.
M

ManaByte said:
If the rumors are true about CoD this year, then Battlefield has the advantage.
Click to expand...

Recently played Battlefield 5 after it was free on PS Plus. Its a really good game, marred by exceptionally bad PR before the game released. This time around, I hope there's less douchebaggery to their potential customers.Hoping BF6 is something along the lines of BF 2142.

Every new copy of CoD comes with crack. With the option to receive more crack as you play to keep people addicted.
Reactions: Shivvy24

Sledgehammer's CoD is a mess and not ready for release. So instead Acivision is just doing Modern Warfare 2 Remastered MP this year with updates to Warzone as well.

A games insider has heard that Modern Warfare 2 multiplayer remastered will be the only multiplayer Call of Duty game released in 2021.

COD supporter here, though I dont play as much as older games (COD burnout I guess).

BF is a good series with awesome visuals and scope. But here's my big issues preventing me from being a BF supporter, and I don't even care about the woke SP campaigns as I dont play SP mode in shooters since the 360 days:

- The UI is too cluttered

- Partying up often doesn't work well and lobbies freeze. The number of times I've been playing with friends and some of would have to log in and log out to get it working was more than COD and that was from barely playing BF. Theres some shitty code in there that makes it sketchy compared to COD which works smooth

- Gunplay has an empty feeling to it. But people have said (I guess I never really noticed it) COD feels more meaty because of hit marker feel, whereas BF games dont have that

- Delay in getting killed. COD deaths are swift. BF you get killed, see your limp body.

- Always seemed harder to identify enemies in BF to me. In COD, it just pops out if you see a character that is an enemy.
Last edited: Jun 3, 2021
Reactions: ZywyPL
M

They can tell people whatever they want because they know no one cares in the long term. The gaming community is all talk until the next shiny thing comes along.

Battlefield creator tells fans not to buy the game. That's fine; they'll purchase the next one as it includes all the things they hated from the previous. But who cares? It's new and shiny, lol.

Another example, No Mans Sky. The developer intentionally lied to gamers and the media about the capabilities of the game. Millions of copies sold regardless. The developer releases a shiny new update, and right away, they are forgiven, and misdeeds are forgotten.

With all of that said, gamers should no longer complain when developers do them wrong.
You must log in or register to reply here.

Battlefield 6 vs. Call of Duty 2021: How The Competition is Already Heating Up

Jun 10, 2021 started IbizaPocholo
Jun 10, 2021
Jibran#one
News EA says Battlefield 6 is "way ahead" of schedule, supports "more players than ever before", will ensure this is exactly the game fans want to play