Cringe Being 'muted' in a game does not violate your civil rights, US federal court declares

Sometime during March and April 2019, Amro Elansari found himself muted in an online game run by Jagex—specifically, according to Pennlive, the MMO Runescape. His appeal of the muting was denied, and so he took the next natural, perfectly reasonable step and filed a DIY lawsuit, available via VICE, alleging that Jagex had engaged in discrimination against him, and violated his rights to free speech and "due process."

In a not-exactly-shocking development, the lawsuit was quickly dismissed. In a ruling posted to brian.carnell.com, District Judge Mark Kearney declared that his federal constitutional claims over being muted in a videogame "are implausible."

Kerney's restraint is audible as he educates the plaintiff on the basics of constitutional law. "The First Amendment and its constitutional free speech guarantees restrict government actors, not private entities. Defendants, who are not alleged to be state actors, are not subject to constitutional free speech guarantees," Kearney wrote. Likewise, "The Fifth Amendment's Due Process Clause 'appl[ies] to and restrict only the Federal Government and not private persons,' and does not act against a private company."

That seems pretty straightforward to me—the First Amendment literally begins with the words "Congress shall make no law"—but Elansari quickly appealed anyway, and the non-shocking outcomes continued: Earlier this month, the US Court of Appeals for the Third Circuit shot him down again. His first claim, based on the 14th Amendment, was invalid, the court ruled, because, again, "state action is a prerequisite for bringing a 14th Amendment claim, and Elansari has made no allegations indication that any named defendant is a state actor."

The second claim is even more interesting. "Next, citing Title II of the Civil Rights Act of 1964, Elansari maintains that the District Court should have identified and considered a claim of public accommodations discrimination in Elansari's complaint. Elansari insists that defendant Jagex should be liable for 'unequal treatment' because Elansari's account was 'muted … compared to all other players who were not muted,'" the ruling, available on Justia, states.

"Title II prohibits 'discrimination … on the ground of race, color, religion, or national origin.' Even generously construing Elansari's complaint to raise a claim of public accommodations discrimination and assuming that Elansari can bring such a claim in this context, at no point either in the District Court or on appeal has Elansari alleged losing access to Jagex's online game to due discrimination based on any grounds protected by Title II."

With no error shown in the decision to dismiss the complaint, the appeals court upheld the original ruling: Getting muted in a videogame does not constitute a violation of your constitutional rights.

The Pennlive report says that Ansari has filed ten lawsuits in the US Eastern District Court over the last year and a half, including four in July 2019, including the Jagex suit. In November 2019, a federal appeals court rejected his effort to bring a class action suit against Tinder, noting that he was ineligible to represent other plaintiffs because he's not a lawyer, and that the damages he could reasonably seek were nowhere near the $75,000 minimum required.

Being 'muted' in a game does not violate your civil rights, US federal court declares

What a fucking asshole
Reactions: Team Andromeda, BurstZyn, Greedings and 12 others

Some people in USA takes constitution deeply seriously as it seems. Or not, when it comes to guns...

It would be funny, if ti would be The Onion article...
Reactions: Hendrick's

Mista said:
a federal appeals court rejected his effort to bring a class action suit against Tinder
Click to expand...
Checked out that because it sounded funny, but he was actually right.

Back on the subject of the topic, he sounds like a gigantic drama queen, but I'm not 100% convinced he's in the wrong.
Reactions: stickkidsam

What a miserable, petty hollow shell of a person you have to be to do something like that.
Reactions: Phase and MightySquirrel
K

Just because you feel the need to be heard, doesn't mean others should have to be subjected to having to hear you. Obviously this person was muted for a reason.
Reactions: BurstZyn, draliko, Helios and 6 others

We see gamers get muted all the time.

Yeah, no fucking shit. This conclusion could’ve been arrived at in a single drunken google search about how the most basic building block of our constitution works.

“People must listen to my shit-talking, else they violate my right of free speech.”
Sounds like the type of bullshit we would otherwise only find on Reee.
Reactions: draliko and Saberyoko

I love the R3 mute in CoD online.

In the literal sense... muting a player only stops others from hearing them.

This makes for an interesting dilemma between the letter of the law, and its intended meaning.
Last edited: Jan 25, 2020

I can picture this fuck clearly, basically the karen "i want to see the manager" but a guy. A guy that can't comprehend that something might be his fault, that he isn't owed shit

Edit: but hilarious to read about

No freaking way one is muted just "because". If he is muted is for a goddamn reason.

Instead of wasting people time with stupid lawsuit, he should try to be a better person. Just remember that Free speech doesn't mean others are obligated to hear shit from you.
Last edited: Jan 25, 2020
Reactions: MightySquirrel

Even someone who practices bird law could tell you that was stupid.
Reactions: NAI1210 and MightySquirrel
S

Hard not to laugh at this.

I can understand the argument of "public" spaces like Twitter or YouTube silencing someone being an issue of free speech, but getting muted in a video game? That's essentially the same as someone putting their fingers in their ears; you can still talk but that person doesn't need to hear you.

lol
When I jump in an online game, if someone is speaking the very first thing I do is mute them
Reactions: Shifty1897, struggler_guts, mcjmetroid and 1 other person
R

The second argument is much more interesting indeed.

the case you are looking for is heart of Atlanta motel.

Your civil rights weren’t violated when you were muted out of a video game, U.S. court tells angry player

https://www.pennlive.com/news/2020/01/your-civil-rights-werent-violated-when-you-were-muted-out-of-a-video-game-us-court-tells-angry-gamer.html A federal court has pulled the plug on a Pennsylvania man’s claim that his civil rights were violated when he was muted out of an online video game...

Mista said:
The Pennlive report says that Ansari has filed ten lawsuits in the US Eastern District Court over the last year and a half, including four in July 2019, including the Jagex suit.
Click to expand...

D3SCHA1N said:
Maybe OP had you muted.
Click to expand...
He doesn't

My friend's wife is a court reporter for smalls claim and I remember her telling me that some of the sh*t people try to sue for makes her have to bite her tongue so she doesn't laugh out loud.
Last edited: Jan 26, 2020

Ahjumbie said:
My friend's wife is a court reporter for smalls claim and I remember her telling me that some of the sh*t people try to sue for makes her have to bite her tongue so she doesn't laugh out loud.
Click to expand...
Well, thats the system America built for itself.
Last edited: Jan 26, 2020

I can't read the article on pennlive, what did he try to sue Tinder for? 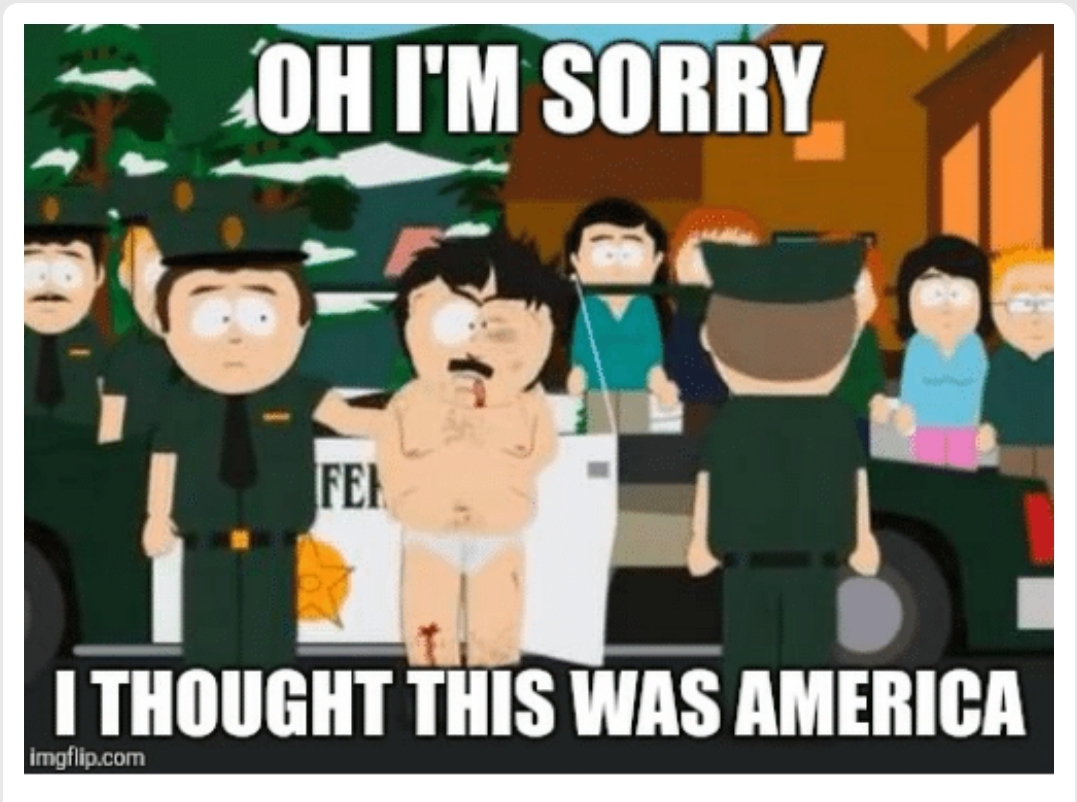 This guy's Twitter is a never-ending roller coaster of stupidity, I don't even know where to start.

He is from the Middle East. What do you guys expect?

Heinrich said:
He is from the Middle East. What do you guys expect?
Click to expand...

Kamina said:
Well, thats the system America built for itself.
Click to expand...
Indubitably. Small claims generally dont include lawyers so you can sue someone till rapture as this guy has done 10 TIMES IN THE LAST YEAR AND A HALF! She's worked with the same judge for many years and she did say when he sees the same person time and time again a bias forms against them and believe me that ain't good
Last edited: Jan 26, 2020

Amendment 1 said:
Congress shall make no law respecting an establishment of religion, or prohibiting the free exercise thereof; or abridging the freedom of speech, or of the press; or the right of the people peaceably to assemble, and to petition the Government for a redress of grievances.
Click to expand...
Video game companies can suppress your speech all they want. Congress on the other hand may not.