Wanted to make a thread for this as I think a lot of people would miss it, buried in the UE4 thread.

You might remember Epic's fancy "Elemental" demo for Unreal Engine 4, as shown here. You also might remember the PlayStation 4 build of the demo, seen here, stripped of global illumination (boo!). Well, now that Unreal Engine 4 is available for license holders to play with, the latter demo is too accessible for engine tinkerers to demo.

And for the rest of us, folk have compiled the "Elemental" demo into a standalone package for everybody to crunch on their PC hardware.

Download here: http://www.mediafire.com/download/rb4iqf555iakxbt/Elemental.rar
Note: This isn't an official benchmark release by Epic. This is the Elemental demo included with the UE4 engine package, compiled by users. Ergo, optimisation issues may exist.

How to run: Extract the folder to wherever you desire. Browse to WindowsNoEditor/Elemental/Binaries. Select your operating system folder: Win32 or Win64. Then simply run Elemental.exe
Note: There are no menus to tweak settings. To change resolution, turn off/on vsync, and other stuff, browse to WindowsNoEditor/Elemental/Saved/Config/WindowsNoEditor. Open up GameUserSettings.ini and tweak bUseVSync=False, ResolutionSizeX=1920, and ResolutionSizeY=1080 to whatever settings you desire. The latter two being your horizontal/vertical resolution, the former vsync.

Awesome! Gonna give this a run when I get home from work.

Here are the runtime DLLs if anyone else is missing MSVCRT120.dll etc: http://www.microsoft.com/en-us/download/details.aspx?id=40784

Can we look around in it or camera's tied to fixed path?
N

I've been waiting for this. Time to test my PC.
C

Amey said:
Can we look around in it or camera's tied to fixed path?
Click to expand...

General, benchmarks offer no interactivity as allowing for variables makes the actual benchmarking useless, seeing as the final figures will not be comparable due to user changes during benchmarking. You'd want everyone's experience to be equal for the results to have any meaning.

That said, since this isn't technically a benchmark it might be possible.
T

CyclopsRock said:
I'll try it on my work PC when it's downloads - I have a dual 6-core Xeon workstation with a GTX780 (which puts my home PC to shame )
Click to expand...

Blud, how much does a DUAL 6-core Xeon cost these days? I'd love to have that for my 3D rendering.
O

Is Elements the same demo they've been running on Oculus units at several events? I got to try the UE4 Oculus demo at the Osaka event some weeks back, and was really impressed.
P

Cool and thanks for the link !! i will be doing my test
H

Not even going to attempt on my work computer. Tagged for when I get home.
N

I wish UE4 worked using SLI. I tried forcing Alternate Frame Rendering 2 in the Nvidia Control panel and the Demo wigged out when I tried to run it. It ran really slow with no sound lol.

Anyways, I was wondering how you guys got frame rate numbers since their was no benchmarking functionality or FPS counter in the Elemental demo.

Even though it was only using 1 GTX 670, the demo ran fairly well at 3800x1800 downsampled to 1920x1080. That's just from eyeballing it though. Don't have an exact frame counter, but it didn't appear to drop below 30fps until around the ice monster portion.
E

Amey said:
Can we look around in it or camera's tied to fixed path?
Click to expand...

In the cave/effects and realistic rendering demos you control the camera/player. The elemental demo it's a scripted sequence. 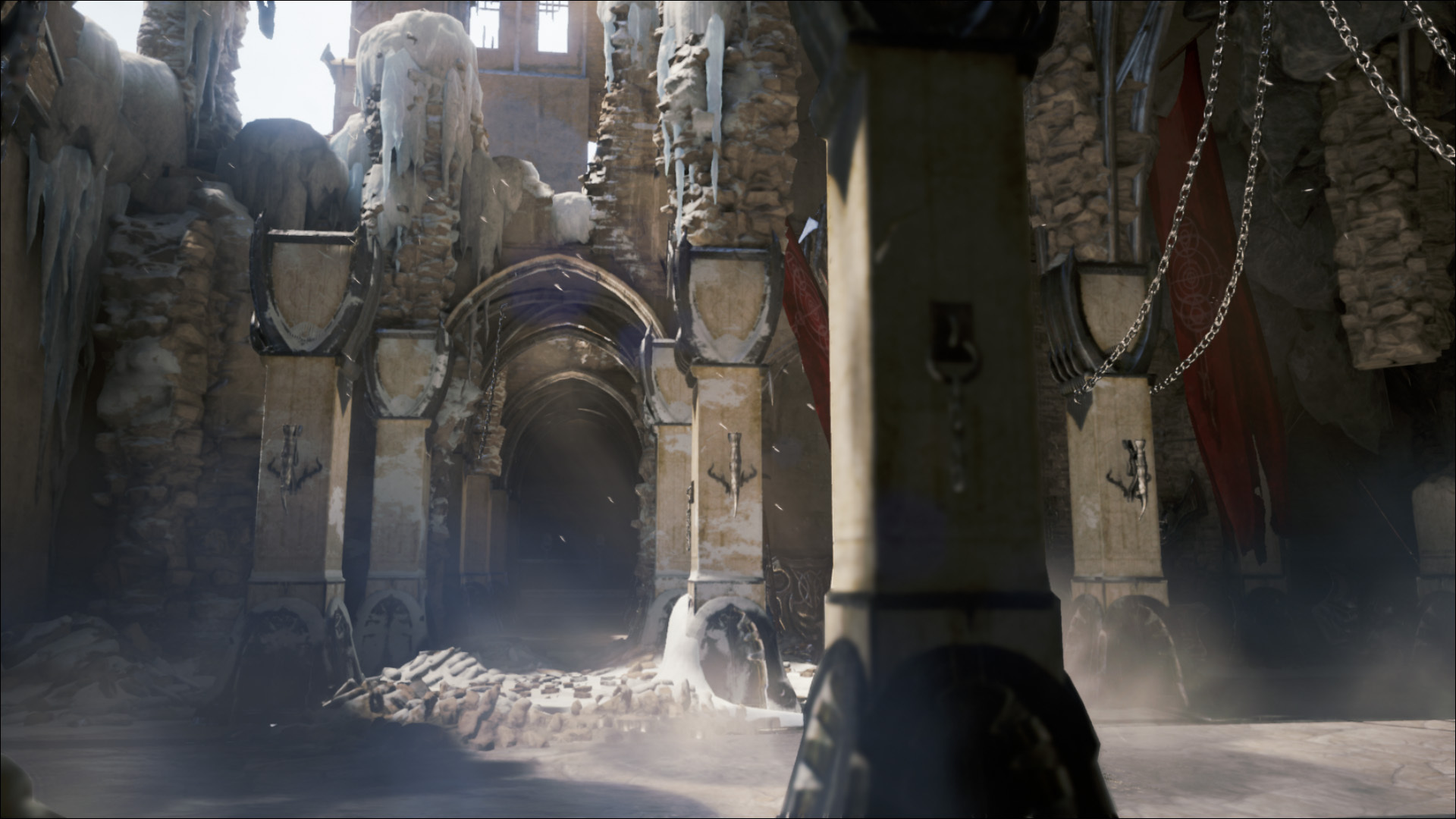 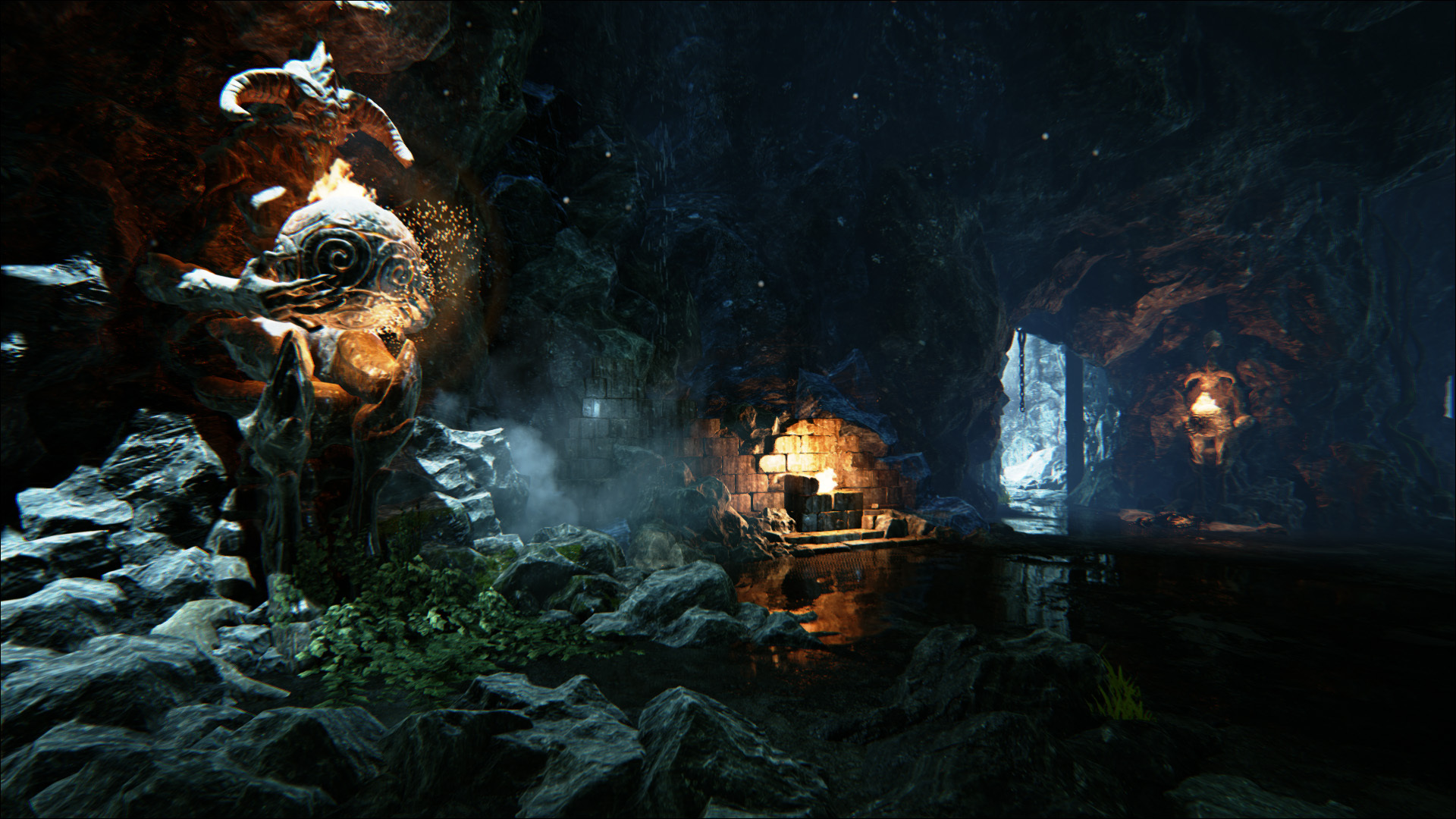 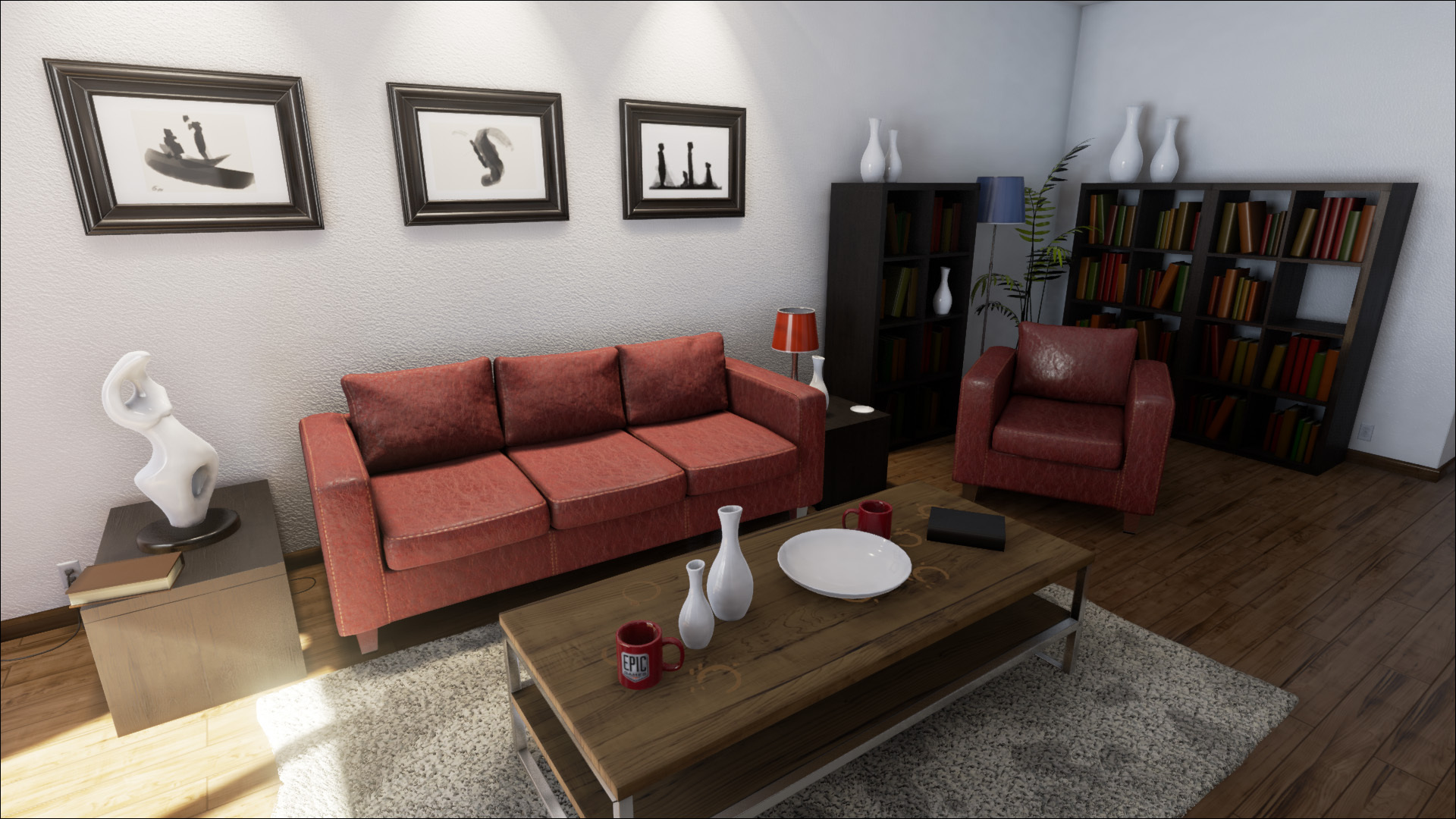 can we turn VR rendering on with the console for these?
T

EatChildren said:
In the cave/effects and realistic rendering demos you control the camera/player. The elemental demo it's a scripted sequence.

Ah yeah, the first screen is from the Oculus demo I tried. Was really cool.
R

Ohhh nice, I'll have a play about when I get home. Might not be best to nuke one of the bootcamp Macs here trying this.
G

EatChildren said:
In the cave/effects and realistic rendering demos you control the camera/player. The elemental demo it's a scripted sequence.

is the complex GI in the original demo available to run in this one?
R

GameAddict411 said:
is the complex GI in the original demo available to run in this one?
Click to expand...

It will be in 4.2 engine update. Actually the older GI is too old, the one in 4.2 is new newer code
K

They are bringing SVOGI back?
C

Demon dude has some grody textures but that was pretty crazy. Few moments where I almost couldn't believe it was a engine that my graphics card was powering. Looking forward to seeing some big games made using UE4
Daylight doesn't count
N

Can anyone else confirm?
K

KOCMOHABT said:
They are bringing SVOGI back?
Click to expand...

They dont. He is talking about LPV based GI from Lionhead Studio.
D

Thanks, will check out after work.
R

Nzyme32 said:
Can anyone else confirm?
Click to expand...

BTW, CymaticBruce was veeery impressed with the Oculus Rift implementation in the Cave demo.
T

Edit: forgot the res
B

Still, i love tech demos, and ill have a new PC built in a few weeks, so looking forward to trying it out
P

There also should be coming a version of the demo with the Lionhead GI solution when that arrives in the next update.
D

EatChildren, can you dig up instalation for Roman temple UE4 tech demo?
https://www.youtube.com/watch?v=sQy1ryw6kcg&hd=1

I get a system error every time I try to run it... "The program can't start because MSVCR120.dll is missing from your computer."
C

bumpkin said:
I get a system error every time I try to run it... "The program can't start because MSVCR120.dll is missing from your computer."
Click to expand...

Here are the runtime DLLs if anyone else is missing MSVCRT120.dll etc: http://www.microsoft.com/en-us/download/details.aspx?id=40784
Click to expand...

Yeah, it barely runs. I'll see something for a sec., then it goes black, then something else, then black again. lol.
K

Can't wait to get home and try this.


Then cry that no videogame will look this good for a long time.
L

that' the mobile version, it runs on high end mobile devices and withou any problem on old pcs
A

looks really nice... would love to try a free cam demo of that abandoned subway entrance scene, had some very nice lighting and effects.
C

The min framerate was actually above 30 until the ice mountain broke at the very end.
P

Here, I think you mean this one, I uploaded it myself, it is safe:

Also a few other ones that haven't been posted yet:

The multiplayer demo that was released at the beginning:

The realistic rendering showcase that shows a living room. You can walk around in that one.


Arcipello said:
looks really nice... would love to try a free cam demo of that abandoned subway entrance scene, had some very nice lighting and effects.
Click to expand...

EDIT: I made one, but I think I turned off it being a development build, and so I think console commands to run it on a higher resolution/full screen are not available. Packaging and uploading takes too long for me to iterate on that.

If anyone wants to try this on an Oculus Rift you can find the details for both demos (one that runs with a fixed camera & one with free roaming) here:


(I recorded 120 seconds of footage, framerate probably went lower than that at some point but I didn't know how to set it up to continuously bench)
R

Wished sli worked for this so I can do higher res with better fps'.

Tried Elemental. Managed to remove the 62 fps limit, but there seems to be a bottleneck elsewhere as half the time my fps stays at/below 70 with the cpu cores/gpu nowhere near 100%.

Also got to walk around at the end somehow


Will try out the others
S

Tried it at 1080p. Runs better than I expected, not great by any means of course.
I guess it would be fine capped at 30 fps with some of the settings toned down.
T

Redmoon said:
Also got to walk around at the end somehow
Click to expand...

Me too.
I don't know how.
The demo was stuck with the logo, I was killing it through Task Manager while I noticed that it returned 'in-game' and I was able to free look around me.
A

Gonna test out some of the others, see exactly what is giving my setup a hard time.
R

Man, talk about diminishing returns... I mean, I'm a total graphics whore and I'm really geeky when it comes to this kinda stuff, love reading up about it and always used to follow the demo scene etc... But even though I do see and understand that there's so much new and advanced tech in these demos, it just doesn't end up impressing much more than say Battlefield 4 or even 'standard' UE3 games that don't do anything super crazy like Hawken.

We've really entered an era where it's so much more about art than before, similar to how the first Toy Story movie was a technical marvel but by the time we were at Finding Nemo, technical advancements had become so much more unnoticeable compared to artistic distinction.

Either way still cool shit and I still love this kind of stuff, especially when it comes to advances in lighting, global illumination and new AA methods being applied and such.
D

Hmm, what kind of AA is being used in these demos? I love it.

Very soft and clean.
You must log in or register to reply here.

OsirisBlack replied
May 11, 2022
Someone is remaking Need for Speed Underground 2 in Unreal Engine 4

DevilMayFlyForAWhiteGuy replied
May 7, 2022
[DF Article] Is Unreal Engine 5 really the best choice for the next Witcher game?
2