Usually when a shiny new console is released to stores, a batch of 20 or so games are available to play on it from Day One. Usually, these lineups range from great, to average, to anemic. Which consoles in your opinion, had the best launch lineup, which ones had an average or meh lineup, and which ones had the worst launch lineup?

For me, the best console launches in North America were the Game Boy Advance, Dreamcast, Wii, and Xbox. Each of these systems launched with a large variety of games, and had one AAA killer app to go with them. Castlevania: Circle of the Moon for the GBA, Soul Calibur for the Dreamcast, Twilight Princess for the Wii, and Halo: Combat Evolved for the Xbox.

The ones I felt were the most average were... Most console launch lineups actually. Xbox 360, Wii U, PS4, Xbox One. These all launched with a ton of solid titles, but no real killer app. These aren't bad launch lineups, but you can definitely tell most of these are merely decent filler until the really good shit arrives.

The Worst launch lineups IMO, were for system's like the Nintendo 64, Sega Saturn, DS, 3DS, and PS3. Not only were there a very limited number of games for these systems, but in some cases, there wasn't even a great title. N64 only launched with 2 Games! Granted, one of them was Super Mario 64, but still... 2 whole games!
Reactions: LordBlodgett and Faenrir

So virtua fighter and Daytona USA aren't great now? What are you, 12?

Faenrir said:
So virtua fighter and Daytona USA aren't great now? What are you, 12?

My buddy and I had actually gotten into a literal argument about this like a month ago. His stupid ass was trying to tell me Switch had the best lineup simply because it had Breath of the Wild which he pompously acclaimed as, "the greatest game of all time" through his Cheeto stained lips.

I told his fat sweaty ass to go milk a cow.

Personally, I'd go with PS2, GCN, and Xbox... but what do I know.
Reactions: CloudNull, Bladed Thesis, R6Rider and 1 other person

Mario 64 being a launch game automatically excludes it from this conversation. I don't care if it had been the only game.

The strongest launch line-up I can remember was probably the PS Vita.
Reactions: Raonak, BlackTron, Celcius and 3 others

TeezzyD said:
My buddy and I had actually gotten into a literal argument about this like a month ago. His stupid ass was trying to tell me Switch had the best lineup simply because it had Breath of the Wild which he pompously acclaimed as, "the greatest game of all time" through his Cheeto stained lips.

I told his fat sweaty ass to go milk a cow.

Yes you have to change your friends now

The Dreamcast is a textbook example of how to launch a system.
Reactions: FromDuskTillGameOver, lachesis, Naibel and 2 others

I only live through PS4 launch (and that's like 4 months in) and that was some terrible shit, but I got my first console in 2007, was PC only before.

US Dreamcast is still the best. I'd have see some lists to really rank the rest.
Reactions: Shifty1897, Jubenhimer and BlackTron

You could argue Dreamcast maybe didn't have a stellar library when all was said and done, but it's launch line-up was easily 5 stars
Last edited: Jun 22, 2020 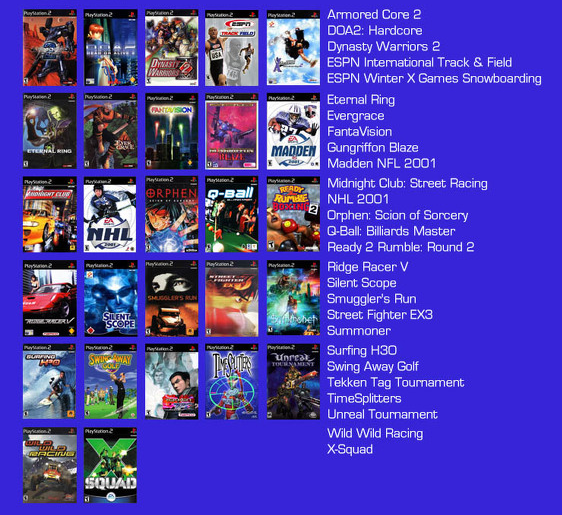 I could understand the PS2, but why the Dreamcast? I thought it had a great launch lineup, here in the US at least.
Last edited: Jun 22, 2020

It only needed one game to sell the system, Zelda: Breath of the Wild.

Like many people, I was captivated by the BOTW trailer. I stood in line on launch day but all the systems were already sold out EVERYWHERE. I remember reading reports that fans were so desperate they bought the game and without the system. First time I've attended a system launch event and it was amazing.
Reactions: Daymos, Clarissa, Faenrir and 1 other person
M

Vier said:
The Dreamcast is a textbook example of how to launch a system.
Click to expand...

I obviously never got it launch day but GameCube in Japan started off with Wave Race Blue Storm, Luigi's Mansion and Super Monkey Ball. All three games are bangers.

Nintendo Wii had an amazing launch. Really felt like a taste of the future (which it was).

Switch is probably my best launch lineup in recent years. Having Zelda, Mario vs Rabbids, and ARMS (shortly after launch) was fantastic. I was pleasantly surprised at how good MvR is. Never played an X-Com style game but it got me hungry for more.

Shame I sold my Switch when I was strapped for cash..
Reactions: Faenrir

Best launch lineup was Dreamcast...it’s a shame sega ran out of money as that console had so many great ideas and was well ahead of it’s time

We don't need to open up old wounds.

The SNES launch is a favorite of mine. All of its initial games I've found enjoyment in, though Pilotwings isn't my cup of tea.

Personally, from the Dreamcast launch lineup I only liked Sonic Adventure. Half the games were sports or fighting and had little appeal to me (if I offend anyone for liking Virtua Fighter 2 over Sega's other fighters, tough cookies). I'll honorable mention Ready 2 Rumble for its sense of humor.

Gamecube was fairly strong for Luigi's Mansion and Super Monkey Ball. Albeit again half sports.

Saturn edges closer to worst. Daytona USA is fun to play but I'm hopeless at winning.

Call me crazy, but WIi U had a solid launch line up. Did nothing for it though.

Jubenhimer said:
I could understand the PS2, but why the Dreamcast? I thought it had a great launch lineup, here in the US at least.
Click to expand...

Of course I'm talking about the original lineup of each console (Japanese in most cases).
Last edited: Jun 22, 2020
Reactions: Jubenhimer
X

North American SNES launch is my fave, although it's kind of cheating since it had been out for a year already in Japan.

Gamecube was pretty good. IIRC It had Luigi's Manion, Star Wars, Waverace, and Monkey Ball all on day 1.

You made this topic and didn't even list the line ups? OP, I am disappoint.
Reactions: sol_bad
E

Worst: the European one for Game Boy, even though it had one of the best games of all-time.

I feel the best were most of the 4th gen consoles and the 6th gen consoles.
Average...5th gen and 7th gen
Worst...I've never been sold on the 8th gen consoles (I like the Switch, though)
Last edited: Jun 22, 2020

Best: DS (at least in Europe)
Average: PS Vita (lots of games but most weren't great or Average)
Worst: 32x (pretty much shown what was to come for SEGA)
Last edited: Jun 23, 2020

Tricky
Should you really count consoles that come out years after the generation has started
For example
Dreamcast and the PS2
Those consoles developers was releasing their first Next-Gen games on.
Xbox and GCN?
Was 3rd wave generation and in most cases was getting the sequels to the games that kick off the generation
Unless we mean just exclusives?

I love the N64, but there were only two fucking games. Pilotwings and Mario 64.

Bes though, I remember Dreamcast having a great launch lineup.
Reactions: Bankai

M1chl said:
I only live through PS4 launch (and that's like 4 months in) and that was some terrible shit, but I got my first console in 2007, was PC only before.
Click to expand...

I'm so sorry the PS4 did that to you. Did you go for counseling?

PS4 day one was a lame duck.

Clarissa said:
I'm so sorry the PS4 did that to you. Did you go for counseling?
Click to expand...

From a Euro launch perspective I'd say Dreamcast was the best, followed by the Megadrive and the Neo Geo Pocket Color. This was back in the day when we had to wait months later than the rest of the world for console launches so the advantage was there was a solid day one library.

The PSP had an incredible launch lineup. A couple of classic games, updates to old franchises for the old people, versions of popular PS2 games, sports, etc. Sony went all out and it was great.
E

In New Zealand we got the Xbox 360 late, which meant the console launched with basically Oblivion, Ghost Recon Advanced Warfare, Fight Night Round 3, Dead or Alive 4, Kameo etc. It was incredible.

I love my XSX but there’s no question about it being the worst. Fortunately I skipped XB1, so I have more games on Game Pass to play than I have on any other console. Still not an excuse for MS to shit the bed so hard at launch. And if Halo had launched, they’d still have just had that for 6-12 months. Good job, Phil.
Reactions: Hobbygaming

Worst is this gen by far
Reactions: ReBurn

Switch and 3DS were the worst.

Hyping up power and then launching with nothing to showcase what the world's most powerful console can do, is pitiful in my humble opinion. 6 months later and still nothing on that front Is farcical.
Reactions: Hobbygaming and Bo_Hazem
B

Dreamcast was the best launch and it's not even close. Every genre was covered and ...Soul Calibur of course.
PS One I seem to recall was great at launch, but maybe I am thinking of that incredible demo disc it came with.
This generation's launch sucks for PS5 and Xbox Series. As much as I love Demon's Souls, it really doesn't count, but XB is probably the worst ever.

I’ve been gaming for over 35 years, been there for most launches, and Xbox Series X is hands down the worst. Unless I’ve missed something, correct me if I’m wrong, Sony actually have more new 1st party games on Xbox than Microsoft... They also have a higher meta score on their Sony published new game on Xbox than any MS published new game on Xbox.
That’s something. They have a lot to prove in the second half of the year.
Reactions: Hobbygaming and Bo_Hazem
You must log in or register to reply here.

VGC: PS5 is biggest console launch ever in UK