I only chose the seven most memorable ones as the rest of them are forgettable and/or too shitty to be on this list. 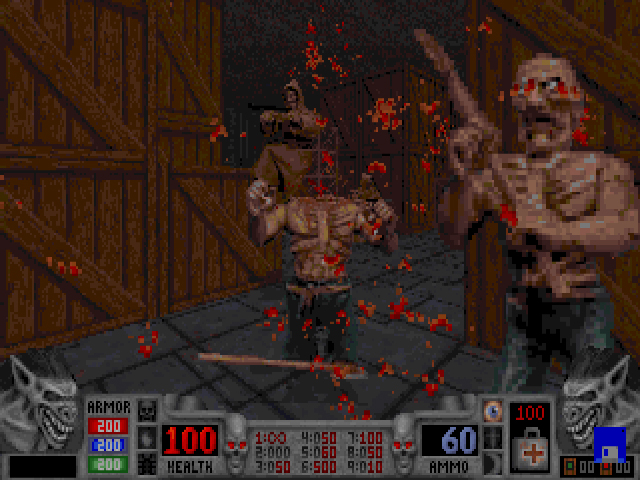 In Blood the story is set during the early 20th century and has you playing as Caleb, a high-ranking member of the "The Cabal" cult, who worship the forgotten God Tchernobog. Blood is mostly known for its horror tropes, large selection of weapons and gratuitous violence. 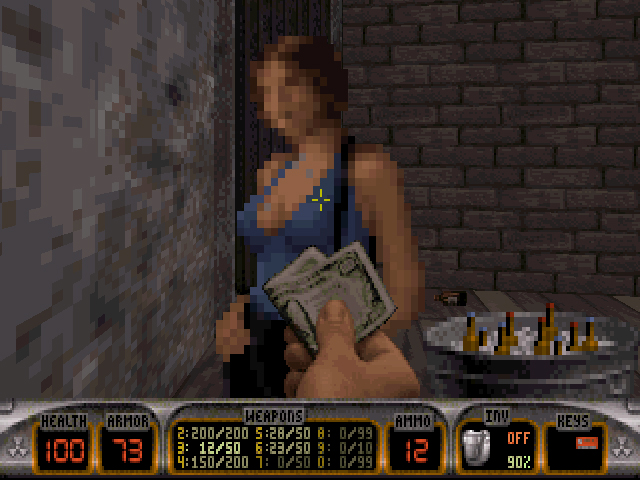 Hail to the King, baby. Duke Nukem 3D is arguably the most memorable of the Build games and easily the most successful. Mostly known for its adult content, humour, great level design and memorable weaponry. 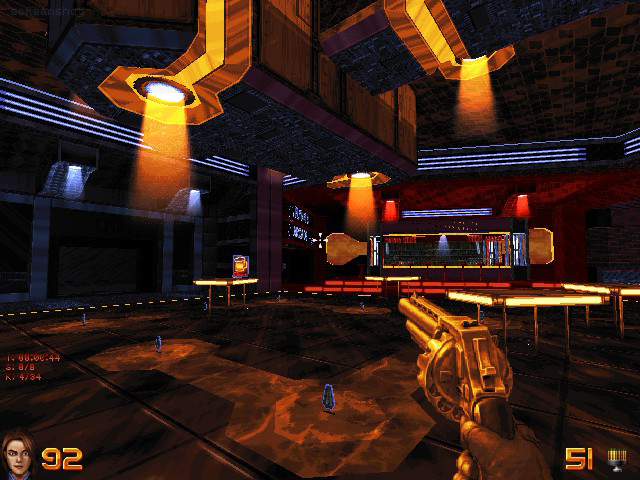 Hail to the Queen, baby. Ion Fury is the most recent entry into the Build Engine (technically it uses an updated version of the engine called EDuke32) collection. In it you play as Shelly "Bombshell" Harrison and battle your way through cities, sewers, hospitals and underground bases. Mostly known for its highly detailed levels, wise cracking female protagonist and hard-to-find secret areas. 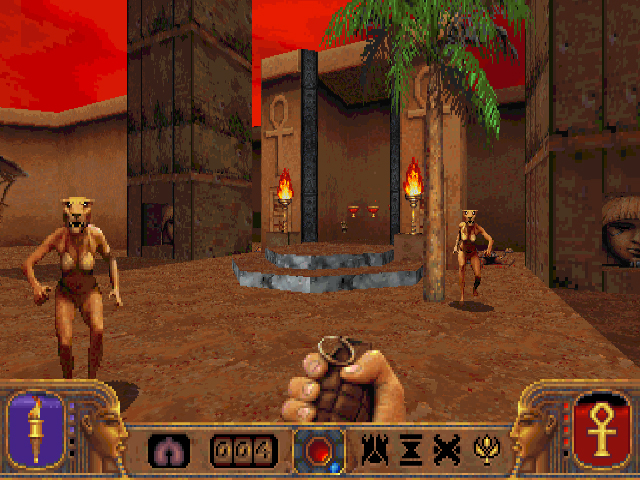 Has nothing to do with the Iron Maiden album. Powerslave is probably more known for its console versions (for good reasons) but there was a MS-DOS version released and it was vastly different from its console counterparts. Mostly known for its unique Egyptian setting and an annoying final level. 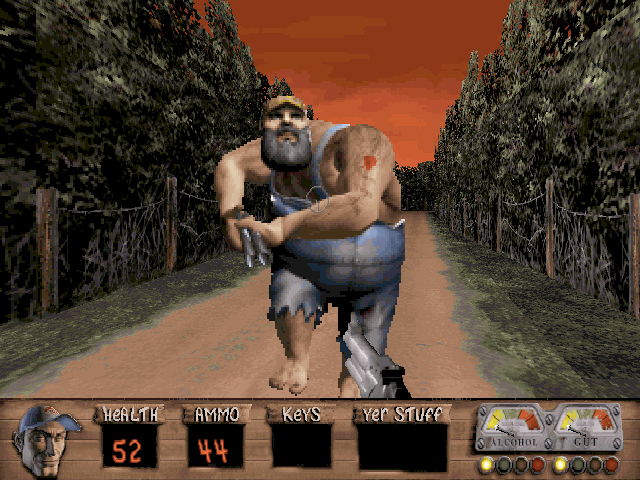 Probably one of the more underrated game of the Build games comes Redneck Rampage. Set somewhere in southern America you play as Leonard, a redneck, and together with your bro Bubba take on an alien invasion. Mostly known for its humour, unique redneck theme, wacky enemies and bullet spongy aliens. 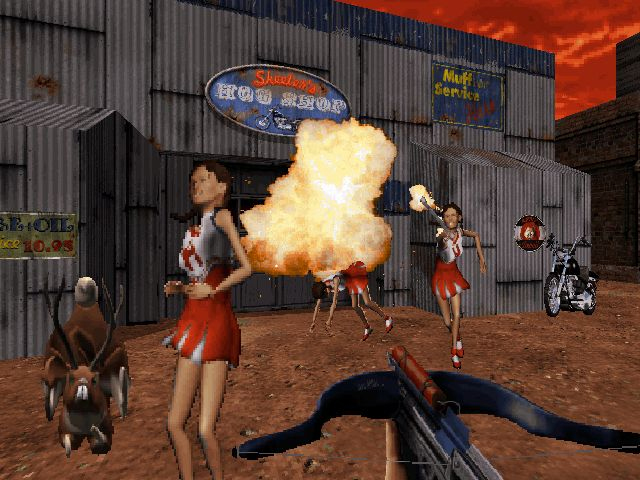 The sequel to Redneck Rampage. Fixes some of the issues of the first game is generally an improvement over its predecessor. 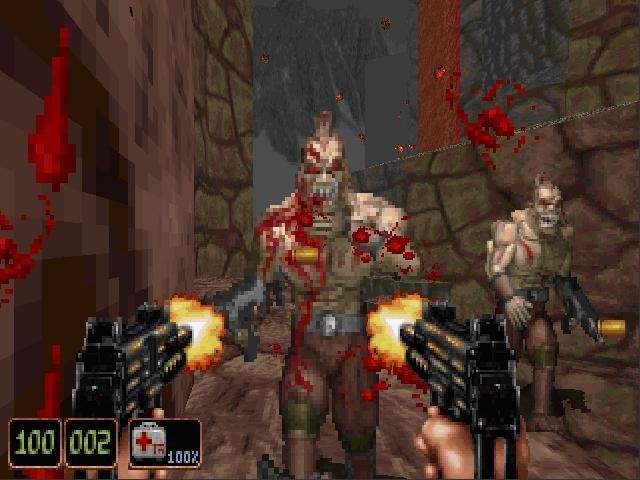 Do you want to wash Wang? Or do you want to watch Wang wash wang? Shadow Warrior is primarily known for its unique and cool Asian setting in which you play as Lo Wang, a bodyguard for the mega conglomerate "Zilla Enterprises". Mostly known for its Japanese setting, adult content and "racist" humour.
Reactions: Bonfires Down

I have to go with the OG Duke, but Shadow Warrior and Blood are right up there too.
Reactions: Arkam

I really like Redneck Rampage, but it's a choice between Blood and Shadow Warrior.
Mr Wang would be proud.

Yeah, has to be Blood or Duke 3D but if console Powerslave had been build too (it's not but I guess that's aslo part of why the levels are so good and 3D) that would easily win.
Last edited: Mar 25, 2020
You must log in or register to reply here.

Opinion 15 Best Video Game NPCs Ever (What are yours?)

Sep 6, 2021 started KyoZz
Oct 2, 2021
NeverYouMind
Analysis Retro Game Dev GTA III: behind the scenes of the game that propelled Rockstar to the top of the world