... The tale so far....
Yes, I intend to make some kind of graphic for this, but probably in a later thread because I'm busy atm.

Moving right along, strike while the iron is hot, we're moving on from our successful but hella lopsided FromSoftware thread to tackle the task of picking a BETHESDA SOFTWORKS favourite, and i'm pretty stoked for this one. Some of you may notice that I've demoted Arkane a bit, that's because because.

Say what you will about their more recent games, some of their older titles are amongst the greatest games ever developed imo, and I can't wait to see who wins. I just hope it's a little less lopsided than FromSoftware.


**NOTE: I fucked up the poll options again and invented a game called "TES 4: Obsidian".
Let it be known that this is meant to say "Oblivion". My bad.

that's right, classic logo, TES3 style
​
Bethesda Softworks. I'll only say what I think know about them so I don't come across as a copy/paster and can remain proofed from being accused of misreading text online... I may have this slightly wrong but I'll suggest that they've been owned for most of their life by Zenimax, which didn't exercise much control over them as it made a lot of its money from non-gaming interests, and gave them the freedom to design games they wanted to make. They made a number of great games before Morrowind, but it was the third Elder Scrolls game that arguably did more to reshape the way we prefer to play our WRPGs than any other game.. I love Morrowind, and it's expansions, it's a work of deep passion and attention to detail, accessible but colossal. I also loved Oblivion hugely. I also loved Skyrim actually and played it heaps but it sticks in my mind less than it's two nearest predecessors. Fallout 3 resonated with me in the months after watching The Road, but otherwise failed to grab me, and I've not really played a game of theirs with any real commitment since.

But you have, Bethesda has developed many games and published many more, and xBox fans are viewing them as the company to make the reputation of the xbox exclusives stable with their upcoming TES 6 and Starfield titles. so let's pick their best game!

BIG NOTES ON POLL:
Bethesda have produced many games, I'm not gonna put fuckin' Doom Eternal up here, that's a id Software game, nor Dishonred OR Redfall OR deathloop, that's Arkane, nor Wolfenstein, that's MachineGames, nor the Evil Within, nor New Vegas (obsidian), I WILL PUT IN TESO because that's by ZeniMax Online Studios which for all I know is just the online arm of Bethesda. They have also made fuckloads of games, good on them, but I'm mostly trying to use this to guage which TES game has the most love, and a few others, so I won't be painstakingly listing every game they've ever made. Deal!

I put in this 'IHRA Drag racing Franchise' option because they've made like a dozen of the things so you gotta pay that. Ditto Terminator.

As always, if you want a game added to the poll, don't vote until you've got me to add it, because your votes are gonna be locked.

If you have any suggestions for developers we can vote on, let me hear them!

IF you vote but don't bump the thread: 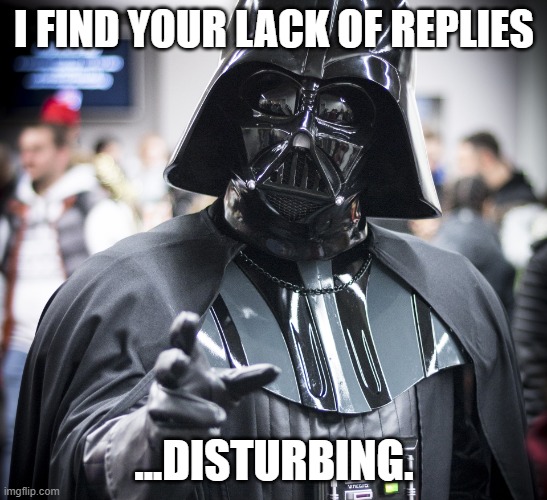 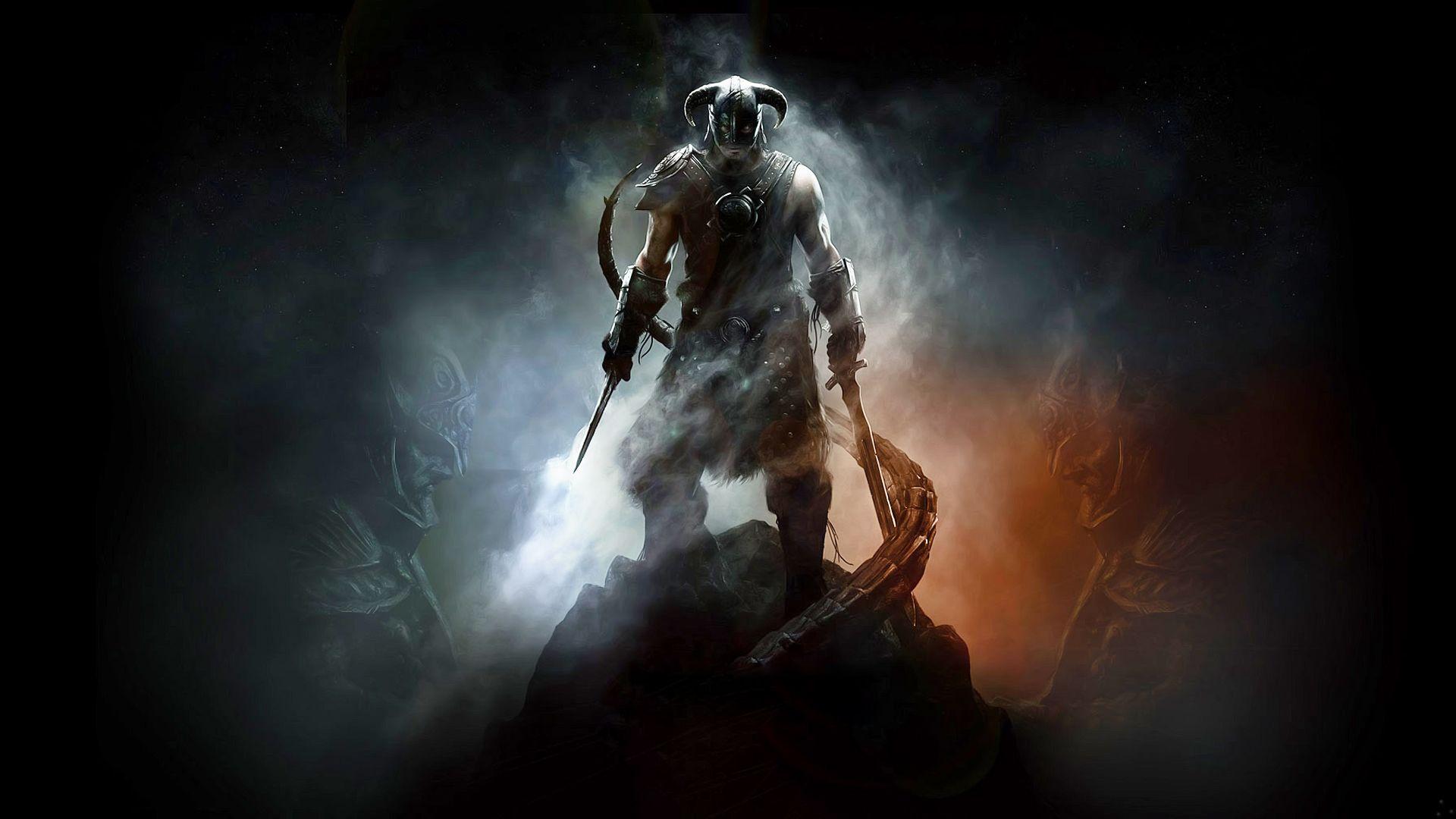 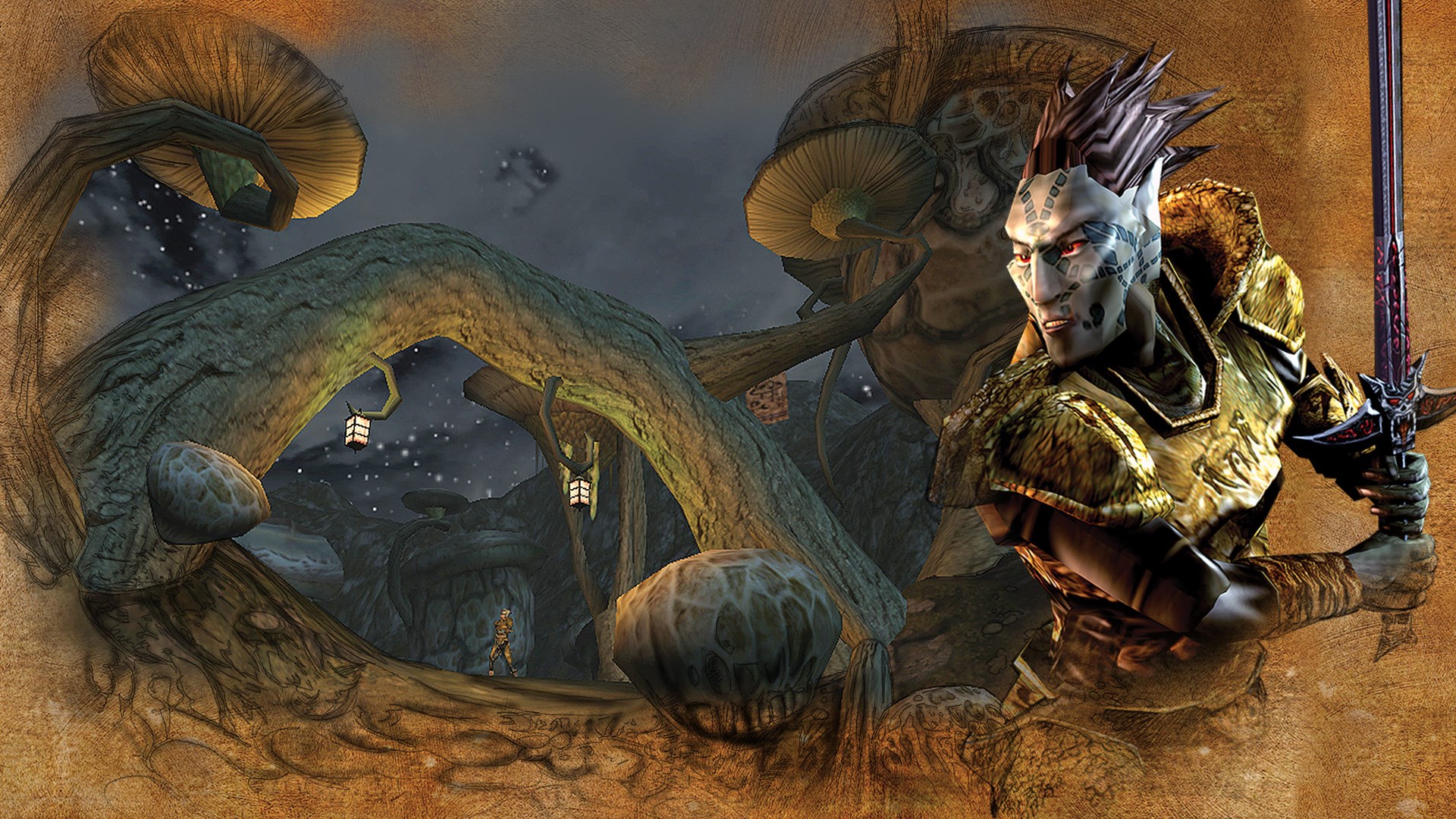 Morrowind is without a doubt the best Elder Scrolls - my biggest problem with Skyrim is that it had a ton of dungeons that had no purpose and at the end of them you got no reward.

With Morrowind you would explore a cave in the far reaches and get some amazing weapon that was amazing.

The glory days of Bethesda, i hope ES6 is something similar to morrowind.

Such a grand and intoxicating innocence.

maybe this will be a thing, last poll i wrote bloodbourne, hahaha
Last edited: Nov 19, 2021

Where is oblivion. The hell is obsidian? I never played that game.

Where is oblivion. The hell is obsidian? I never played that game.
Click to expand...

i deserve this v_v

Robochobo said:
Such a grand and intoxicating innocence.

Tschumi said:
i deserve this v_v
Click to expand...

Nah, I was joking with you.

Oblivion is more of obsidian style of game. The story in oblivion is much better, than skyrim. Same as how Vegas is considered a great fall out game.

I never played the sprite based Elder Scrolls game unfortunately, so I can't give them a fair shake. Of the modern three games though, Morrowind was my favorite. I like most things about it better than the other two. Magic spell crafting, enchanted weapon mechanics, the guilds, the world map, and main quests were better. Especially the enchanted weapons. I hate the whole recharging your soul gem maintenance system. I didn't love the hitscan type combat, but it wasn't too bad after leveling a bit.

For the others I'd probably go Fallout 3>Skyrim>Oblivion.

kingfey said:
Nah, I was joking with you.

Oblivion is more of obsidian style of game. The story in oblivion is much better, than skyrim. Same as how Vegas is considered a great fall out game.
Click to expand...

The audio on Wayne Gretzky's Hockey from the late 80's on Amiga, still fresh in my memory like it was yesterday. A surreal and sublime take on the game we had yet to see.

kingfey said:
Nah, I was joking with you.

Oblivion is more of obsidian style of game. The story in oblivion is much better, than skyrim. Same as how Vegas is considered a great fall out game.
Click to expand...

I love obsidian. I dunno, people don't love them, and i personally skipped every single naval battle in Deadfire without trying one, i just knew they weren't the point... And who ever played a RTWP CRPG on a console? (Same goes for RTS), but they're responsible for at least 3 of my top 10 RPGs and probably more

I voted Skyrim. Most accessible Elder Scrolls game out of the list.

As flawed as it is, Skyrim is the most accessible of these, and fulfills the fantasy best across categories. I could play vanilla Skyrim just fine, but going back to Morrowind hitscan or Chester Cheetah khajiit Oblivion is rough.
Last edited: Nov 19, 2021

Oblivion was the one that bored me less compared to the other.

With obsidian. Speaking of which, OP should make a "best Obsidian game?" post

I like the all time classic and flawless game, Fallout 77. 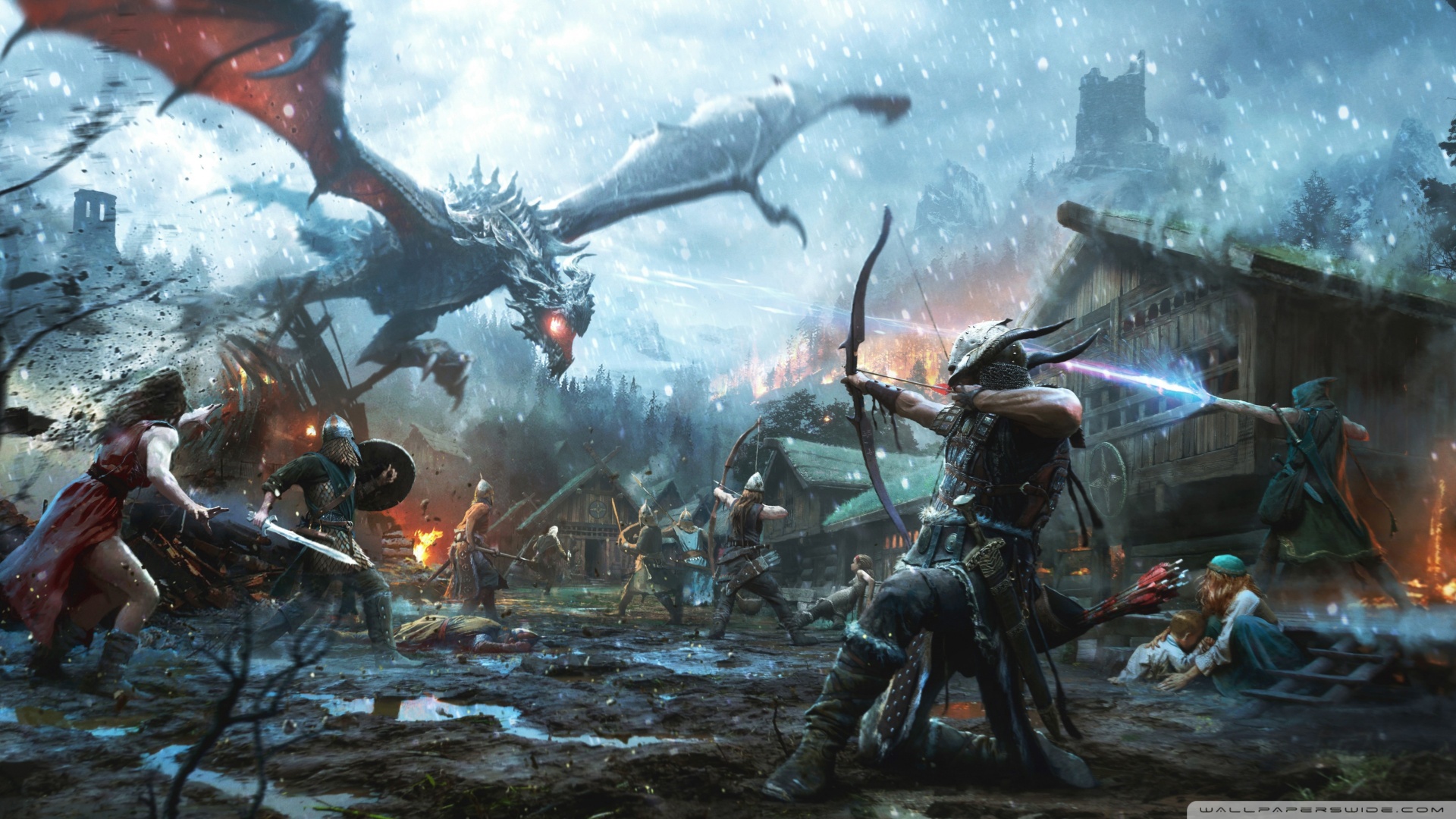 There last good game is easily my favorite. Morrowind.

For those that went for Fallout 76...

Come on your going to have to validate that response with a comment because unlike many others it sure as hell dousent speak for itself.
Last edited: Nov 19, 2021

All their success has been built on top of the work done for Morrowind. Scaling that formula up, making it more accessible and polished.

Never played the older ones.
But of the newer games it's probably Skyrim. I enjoyed my time with it thought I still think it's very flawed from the terrible melee combat to the underwhelming loot system to the annoying level scaling.
Last edited: Nov 19, 2021

here I am mining these Oblivion blocks 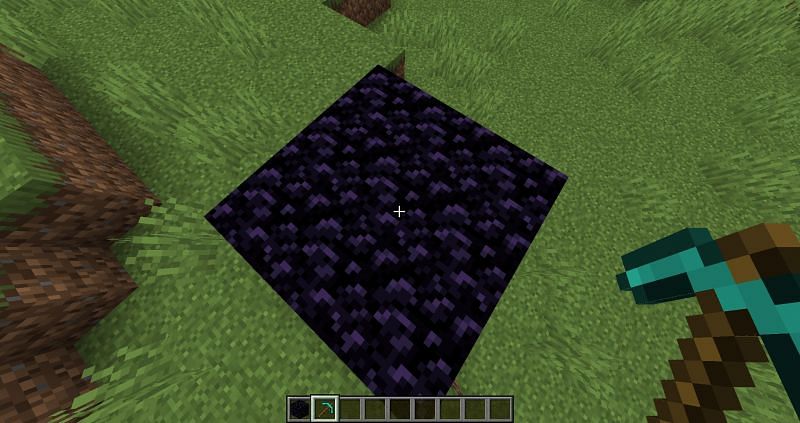 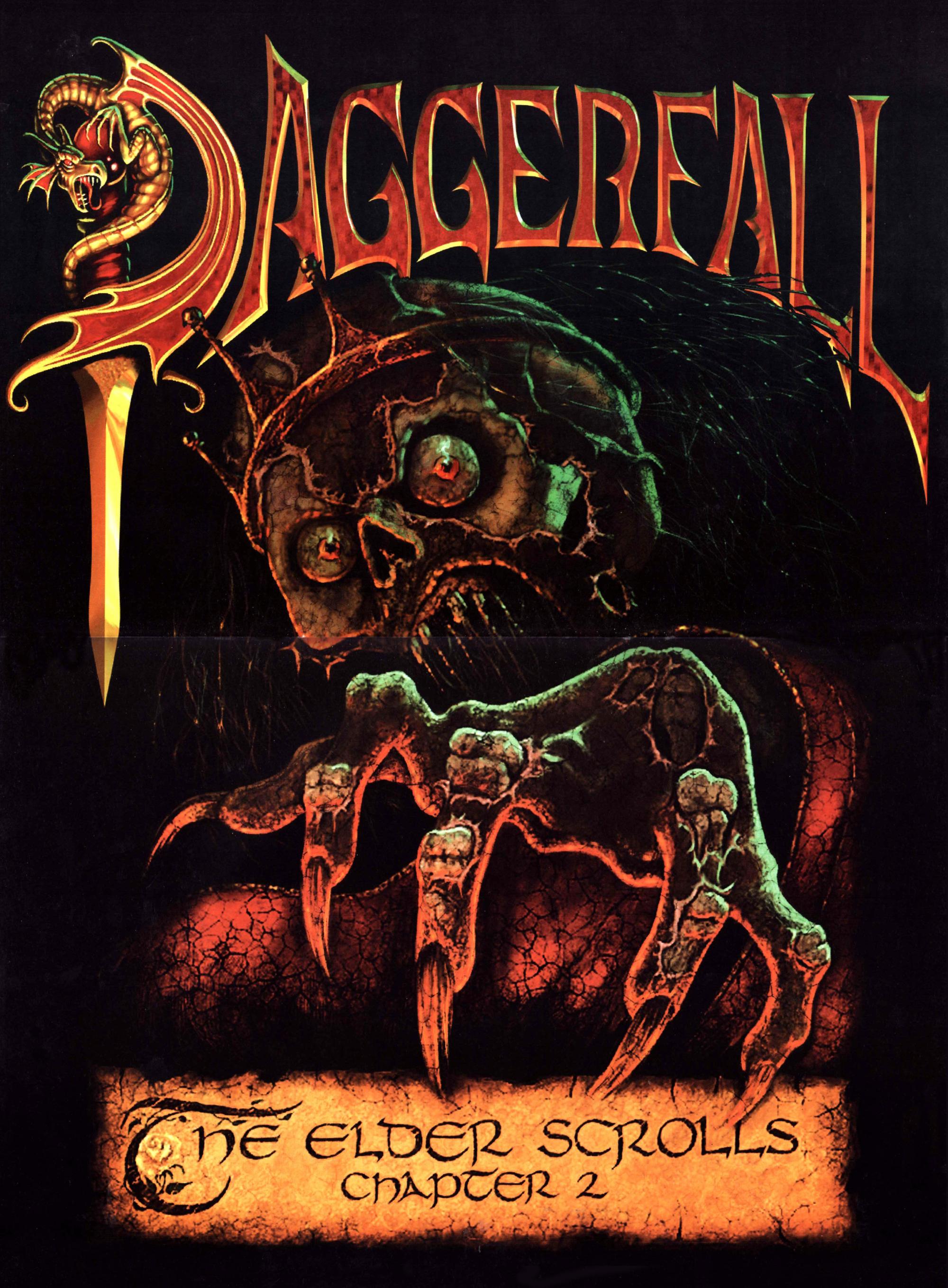 This is the correct option.
Everything else is wrong.

Where is oblivion. The hell is obsidian? I never played that game.
Click to expand...

Close call between Skyrim and Morrowind, but the depth of RPG mechanics in Morrowind and the more alien and bizarre world compared to Skyrim takes the cake. It's close though. Oblivion is third with its good quests and nostalgia since it was my first one, but its like a mid between them, both Skyrim and Morrowind do what Oblivion tried to do better except for quests.
Next poll is going to be the hardest one for sure.. I really think i will not vote on it.
Last edited: Nov 19, 2021
You must log in or register to reply here.