Info on the game:

Nirolak said:
I'll put this in easier to read bullet list format, though I suggest checking out the link for more:

-Will be released in 2013 or later.
-Tango is currently 65 employees, may get up to 100.
-Mikami expects it to be the largest staff count he has ever worked with on a game.
-Would like to have two teams eventually, with a smaller team making smaller/more experimental projects to help train staff.
-They're using an external engine that they heavily modified. It's probably worth noting that Unreal Engine 3 is the only really major middleware engine with good Japanese support these days, especially for AAA games. Well, there's also Gamebryo, but let's hope not.
-Mikami would like his first game to sell 500K-1 million copies in Japan. For reference, only ten PS3 titles have ever sold over 500K copies in Japan, and only one has sold over a million.
-"Mikami, incidentally, had praise for Skyrim, saying that it stimulated him as a creator. It was the first time he'd found a game interesting in some time."

Since several people seemed to have this question, Shinji Mikami is the game's executive producer. Ikumi Nakamura is directing the title.
Click to expand...
Xpliskin said:
For those who missed it, here's a compilation of known things:

-game is a TPS, an action game, with guns
-X360/PS3 release confirmed
-will use HAVOK physics engine
-heavy use of environmental effects and physics simulations
-they're looking for an animator with experience in "crowd animation". I'm thinking next-gen ganados V2 (job listing)
-most probable time to expect new info: month of April. Last year tango gameworks held their "Tango Night" on 22/4.


For the multiplayer: job listing 1, job listing 2 . "Experience in network programming in real-time game" and "Communication skills in development work in multiplayer"

Job listings have been magically removed as of 28/03. You can still verify them on the tango website.
Click to expand...
Xpliskin said:
*Phew*, I can finally confirm tango gameworks adopted UE as their cross-platform middleware.

I've tried to determine the actual name of the game, accidental leaks, artworks, ... nope. These guys are very uptight and very wary when posting things online.
It's like they're working for a secret agency. Not a single word.


But still, some of them are a little loose:

Yosuke Ishikawa-character modeler on ZWEI
Facebook http://www.facebook.com/yosuke.ishikawa.3
Twitter : https://twitter.com/ishi_maya
Youtube: http://www.youtube.com/user/maya3dcg/videos
CGFeedback: http://www.cgfeedback.com/cgfeedback/member.php?u=3297
ZBrushCentral: http://www.zbrushcentral.com/search.php?searchid=1018358
Special mention for this guy.
When it comes to skill, there's "good", "very good", "talented", "master", "virtuoso", etc ... . But this guy, this one is on another level. Still can't believe the shit I saw. He's quite popular on modeling forums (this is why his face is masked in developer shots ?).

As a reminder, Tango confirmed they're using an existing framework to develop ZWEI (source)

What you'll find:
-the lead programmer talking about "Middleware SDK updates" and making a lot of comparisons to "Gears of" (war). As well as talking about meetings with the "Americans" for the "foreign middleware".
He complains a lot about how he doesn't like his proficiency in English and how technical communication sucks when you need an interpreter to translate what the middleware provider is saying (especially during skype meetings).

-one of the modelers (@ishi_maya) tweeting he wishes he could reuse some of Gears 2 fluid effects on "the project at work" (read ZWEI). Complaining about the "paleness of UE standards" and even giving advice on how to create assets for UE.
-If you check out this thread: http://www.zbrushcentral.com/showthread.php?168180-UDK-Realtime-Davyjones-and-other-characters/, you'll see he's got a knack for importing models made in ZBrush into the UDK.
He keeps up with UDK updates and references everything UE quite a lot (especially this website). Note that previewing models made with ZBrush into the UDK is not common practice and not that straightforward, it's very game development-specific. He's so good at it in fact, they're calling him "UDK master" (check the CG forums threads ).

Here're some shots of their work.
The following images are !!! not ZWEI related !!!. 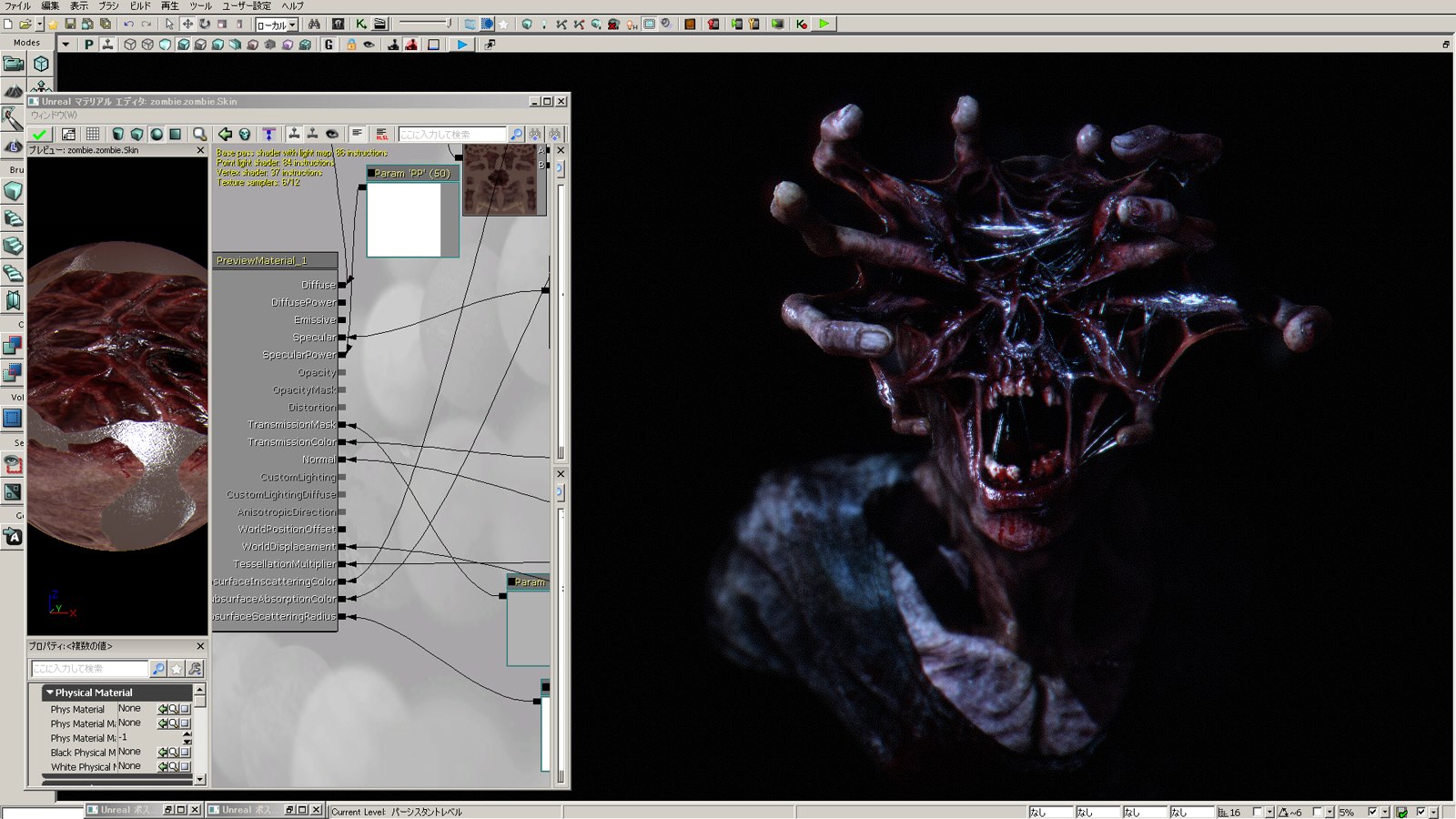 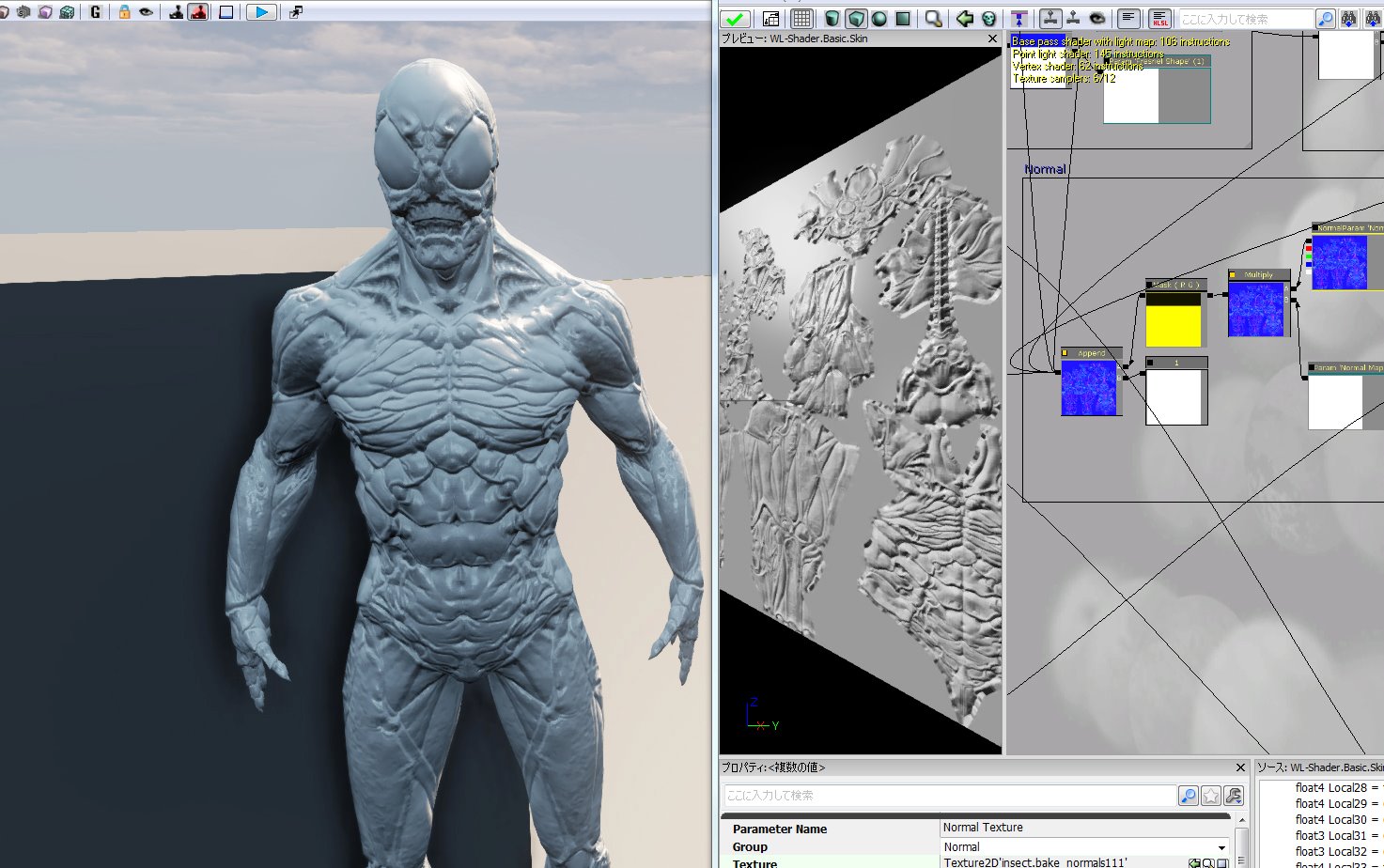 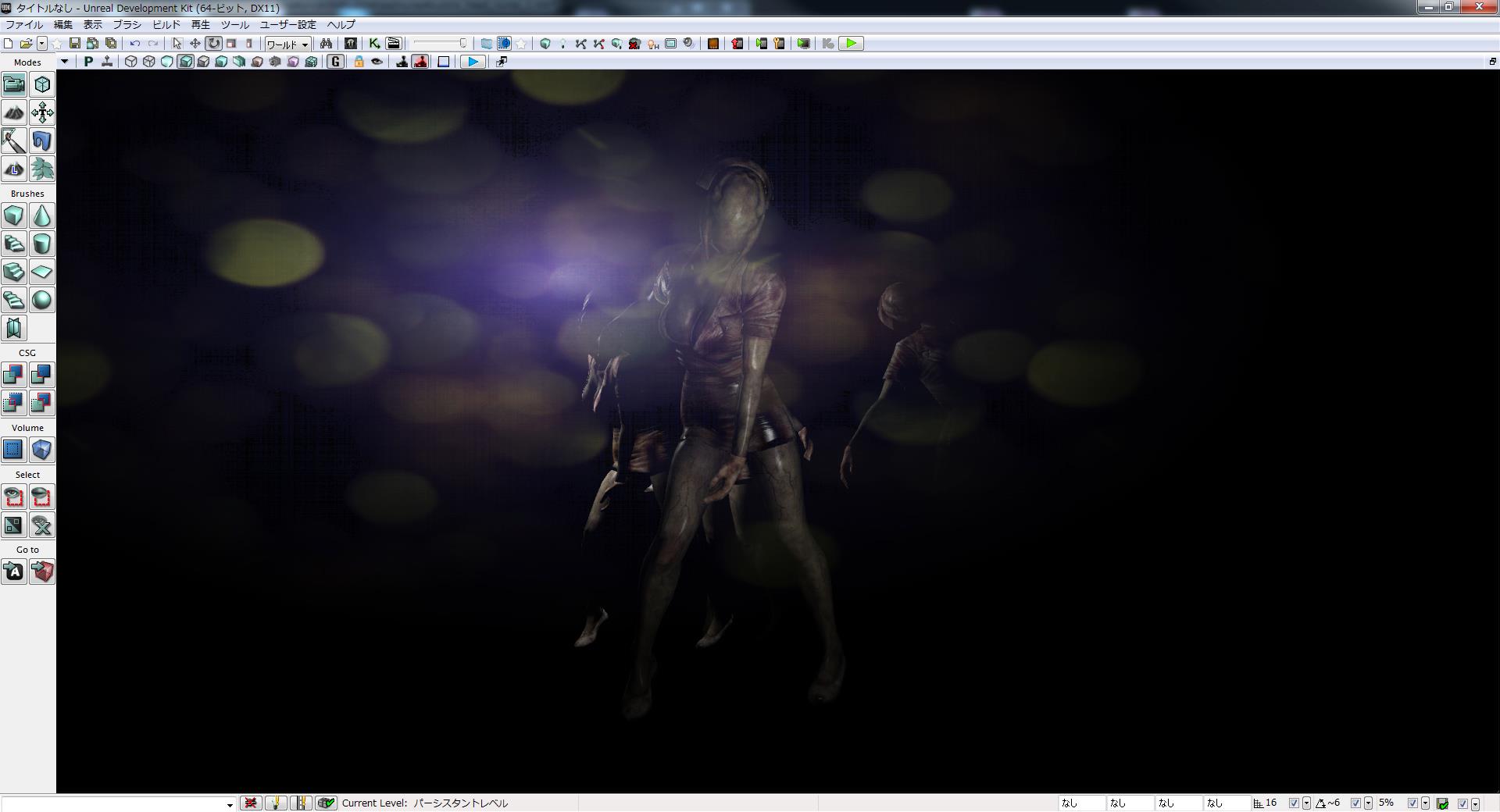 
Problem is, now they're going to be even more paranoid talking about ZWEI (incoming account visibility changes ?).

Good thing or bad thing, what do you think ?
Click to expand...
I

Too bad its not Fallout 4.
I

New Wolfenstein, new IP, or maybe Dishonored 2. Those are my guesses.
H

Hope is a new IP.

This is ZWEI from Shinji Mikami

I hope it uses the HeroEngine
W

developed or published by bethesda?
H

IGN with the big reveals these days. Wario wheres you exclusives now!
M

Can be no doubt that it's Zwei after this vine.

New IP hopefully. Kind of bummed its not Fallout.

Likely Zwei, but could be Machinegames' game.
D

Does anyone else have trouble with Vine in Chrome? I get sound but no picture.
G

Edit: Guess it's Zwei.
Click to expand...
We discussed this in the last thread, but this isn't the same studio as Fallout/Elder Scrolls so this shouldn't be a concern.
M

Come on Mikami. Show us the goods.
G

danthefan said:
Does anyone else have trouble with Vine in Chrome? I get sound but no picture.
Click to expand...
Seems more like a blessing than anything else.
E

probably Zombies in this new Vine tease and player playing dead?
I can't download the vid - so someone might fire up stills in Photoshop and increase brightness for the "head-comes-in-scenes" pls.
N

IceDoesntHelp said:
Too bad its not Fallout 4.
Click to expand...
((((

They better announce it at E3. I need some FPA goodness.
N

Why should Wolfenstein be teased with creepy videos?
S

Nibel said:
This is ZWEI from Shinji Mikami


PLEASE let us see GAMEPLAY, and not another CGI that doesn't tell me anything about how the game really is.
S

Vanquish was released too long ago. This better be the next Mikami game.
D

RoKKeR said:
New IP hopefully. Kind of bummed its not Fallout.
Click to expand...
I am actually glad its not fallout, even though its one of my most wanted next gen games. Would like Bethesda to get some experience of developing next gen games, before they develop Fallout 4.
K

All the Vine's so far seem creey/horror slanted. Joining #TeamZWEI for now.
I

Are the bethesda publishing it or developing it?
N

First person to vote ZWEI on the poll

They better announce it at E3. I need some FPA goodness.
Click to expand...
A junior member in the other thread claimed his dev friend told him Wolfenstein and Fallout 4 are both in development.

GavinGT said:
A junior member in the other thread claimed his dev friend told him Wolfenstein and Fallout 4 are both in development.
Click to expand...
You don't need industry sources to know Fallout 4 is in development.
N

Emitan said:
You don't need industry sources to know Fallout 4 is in development.
Click to expand...
Wolfenstein has also leaked on resumes.
N

I'd really love to see ZWEI, but if they are working on a Wolfenstein game which is more like RTCW, it still is a win
I

Emitan said:
You don't need industry sources to know Fallout 4 is in development.
Click to expand...
Yeah. I just want it to be shown this year. E3 seems like the best place to show one of their bigger titles.

I'm almost sure this will be Mikami's game.
J

Not really interested in Zwei or Wolfenstein. Hopefully we'll see something else but it's probably one of those two.
R

I voted with my heart. I voted Swei.
A

I'm hoping Zwei. I need a dose of Mikami gameplay footage to get over the disappointing trend of declining gameplay depth.
R

Hmmmmmmmm. Ive always felt a Wolfenstein was coming. Not sure though
A

Trailer's going to be interesting for Zwei.
M

what if zwei is wolfenstein!?
C