To celebrate April Fools day, this gem of a game released! 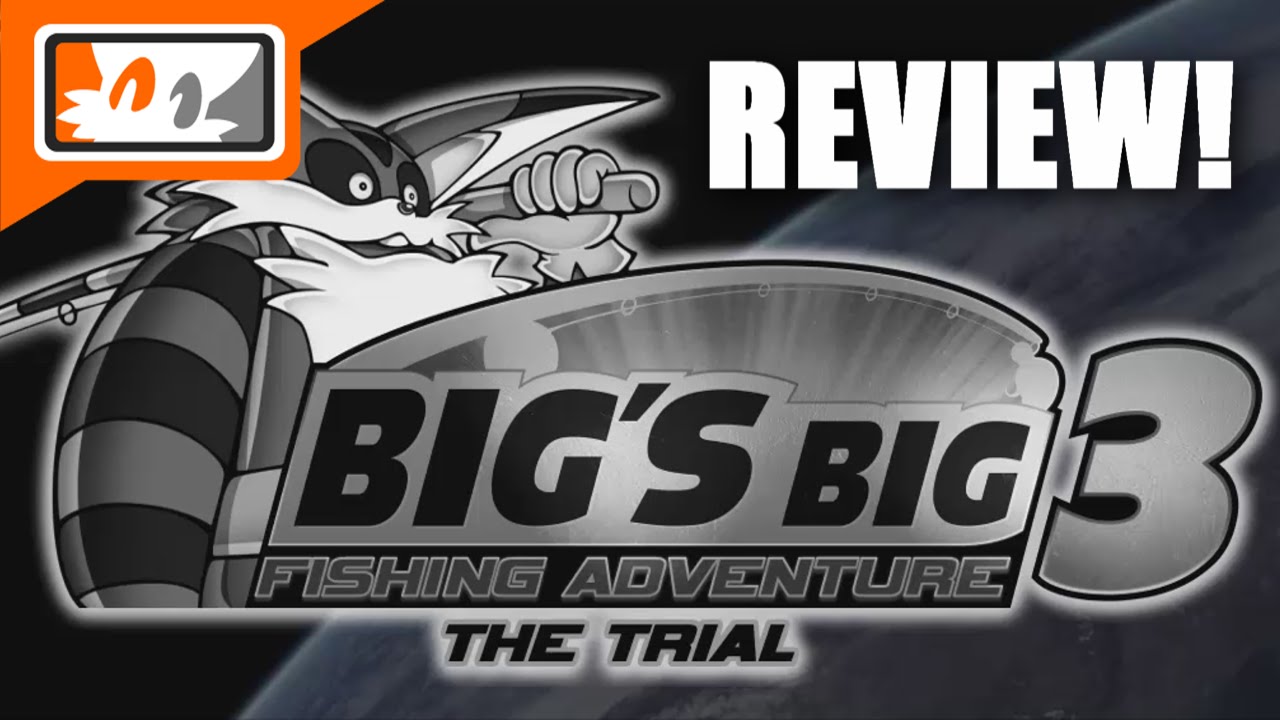 This is like a VN in some ways, as you have branching conversations at points and everything is told with text boxes & character stills. The game also has different paths and endings too; quite a deep game for a joke title XD!

The game might be a hint toward the Anniversary game, but not expecting that. Either way, give it a look, might be fun !

Since this is a new game in the Sonic Series, I am including it in the Sonic Retrospective as an 'extra' game .

This is an interesting beast, as its another case of SEGA working with the Sonic Community for a title in the series (with a small studio making this game).

Is it a fun game despite it being one BIG joke ? Lets find out !

The story will have spoiler tags, as this is a recently released game . So, spoilers follow.

Big and Froggy are working on a video game, with the focus being about fishing. They do this by
using the Ark's Computer and while Big gets distracted, Froggy runs away.
So Big runs into Sonic and company during his little adventure all to find his little frog friend.

This.....is gold :'). The writing is so meta and pokes fun at EVERYTHING in the Sonic series. Even some jabs at current gaming culture at a few points.

My favorite stuff will be spoiled, as you really should give this a look yourself XD!


Big meets Knuckles and Shadow while looking for Froggy and both give Big comments about staring in his own game after their own past experiences. Between Shadow being so......on point with how its 'hard staring in your own game' and Knuckles being told off with the information that Knuckles Chaotix wasn't going to originally star him & it releasing on the 32X.......favorite moment in the entire game XD!

We also get Eggman and Sonic appearing at a few moments, with Eggman being perfect here. 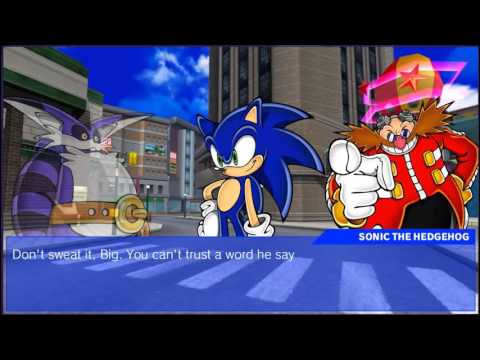 Love the story here and if this joke game ends up getting a full version, can't wait to see where they take it next :').

They are surprisingly deep and can be really fun .

Presentation is interesting, as I swear the Sonic characters got new renders for this title. Sonic, Shadow and Knuckles all have renders that are completely new......which really makes me wonder if SEGA and Sonic Team actively helped out with this game or not.

Either way, the music is pulled from Sonic Adventure and Adventure 2, so its a decent soundtrack for sure.

We also got some different versions of Big's Adventure theme sprinkled about and its enjoyable like the original version was in Adventure.

Overall, enjoyed my half hour or so playing this joke game, as it got a surprising amount of effort behind it.

Hopeful to see more games like this coming out of SEGA, Sonic Team and the Community working together. Nice seeing this and it shows 'This series will continue in the future and we are willing to make fun of ourselves'

Next up on the Sonic Retrospective is the All Stars Series, which NeoGaf Member Village will help me out with ! Hope you all look forward to that .
H

Man, Sega of Virgin Isles smashed this one out of the park. Not that I should be shocked for a team of such remarkable quality.
B

Is this by the same guys who did the Dream Collection?
F

edit: I messed up the order what am I doing!
M

Are you gonna review this RK like all of your other Sonic reviews?

please i love your reviews on the sonic games
R

Magnetic_North said:
Are you gonna review this RK like all of your other Sonic reviews?

please i love your reviews on the sonic games
Click to expand...

Will not be indepth compared to my other Retrospectives, but will be a lot of fun once I sit down and play through the whole thing :').

Will update the OP later tonight when I get back from college .
A

I tried
fishing up all the fish before getting Froggy, then going back to the GUN crate, but it still doesn't smash. Wondered if there was something sneaky there.
R

Man, I can't wait to get home and play this. Hoping it's some sort of Frog Fractions starring Big the Cat.
T

Why did you put April Fools in the thread title of a game that is real? :V
C

That was surprisingly long for a joke game.
N

Damn it, I would see this right as I leave for work. I will devote all my time to playing this when I get back. Big is the best.
T 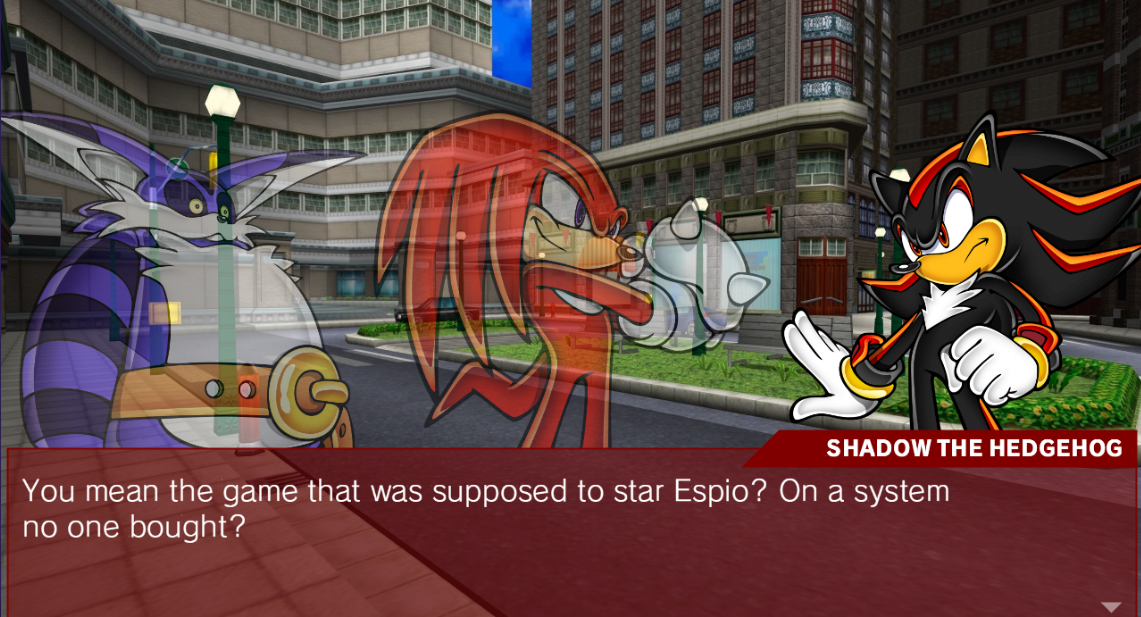 I getting fun with it
X

This is a great April fools! I love when the prank is more than a false headline.
R

Updated the OP to treat it as part of the Sonic Retrospective. Hope you enjoy it .
L

I think this is the closest thing to frog fractions 2.
V

Knuckles got bopped trying to fight above his weight class.
S

I recall that in the old days of The Sonic Foundation, one of the frequent posters, MK, was working on a Big fangame. Could this actually be connected to that?
A

SigmasonicX said:
I recall that in the old days of The Sonic Foundation, one of the frequent posters, MK, was working on a Big fangame. Could this actually be connected to that?
Click to expand...

Sonic Retro acted like it was heavily involved, from what I caught, and it did give me huge Big's Fishing Derby vibes, so it's possible. Maybe not MK specifically?


R.I.P. Sega of Antarctica
You must log in or register to reply here.

Which console do you think received the best Sega line-up after they discontinued the Dreamcast?