Between 1502 and 1866, 11.2 million Africans disembarked from slave ships in the New World during the Middle Passage. Of those 11.2 million people, only 450,000 came to the United States. The rest of the African slaves who survived the journey were taken to the Caribbean, Latin America and South America.

"Brazil got 4.8 million slaves alone," says historian Henry Louis Gates Jr. "When I was growing up, I thought to talk about the slave trade was to talk about the experiences of our ancestors here in the United States. But it turns out that the real 'African-American experience'  judging by numbers alone  unfolded south of our borders."

Mexico & Peru: The Black Grandma in the Closet


And for good measure
https://youtu.be/Ajn9g5Gsv98
C

Here's some Black History for ya.

A picture of me and my first GF in our prom attire.

You might be familiar with her fine work, such as #solidarityisforwhitewomen and #notyourmule.

Larry Levan; born Lawrence Philpot, July 20, 1954  November 8, 1992) was an American DJ best known for his decade-long residency at the New York City night club Paradise Garage, which has been described as the prototype of the modern dance club. He developed a cult following who referred to his sets as "Saturday Mass". Influential post-disco DJ François Kevorkian credits Levan with introducing the dub aesthetic into dance music. Along with Kevorkian, Levan experimented with drum machines and synthesizers in his productions and live sets, ushering in an electronic, post-disco sound that presaged the ascendence of house music

He has a street named after him in NYC

The Guardian article on him

Count Dookkake said:
Here's some Black History for ya.

A picture of me and my first GF in our prom attire.

You might be familiar with her fine work, such as #solidarityisforwhitewomen and #notyourmule.

LOL I see you rocking with the sistas.
L

lightskintwin said:
Yo that shit is dope.

LOL @ seeing you in the comments.
Click to expand...

Haha I love Black Violin. I suggest listening to some of their other shit if you haven't already.
M

Actually, that deserves a thread

The first time I realized I was black

HBD to Frederick Douglass who is being recognized more and more 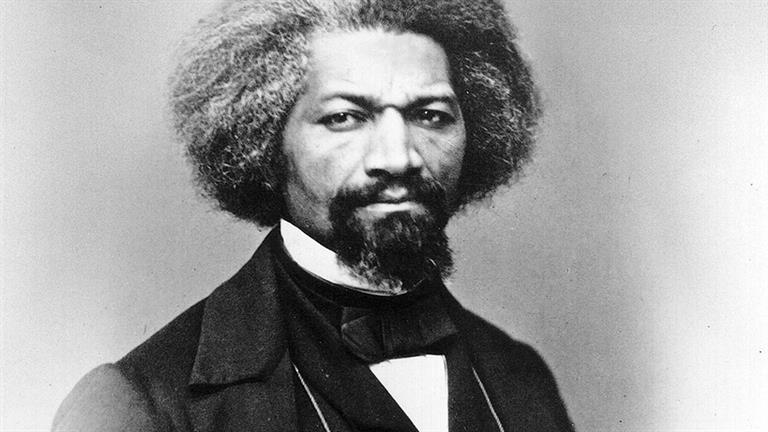 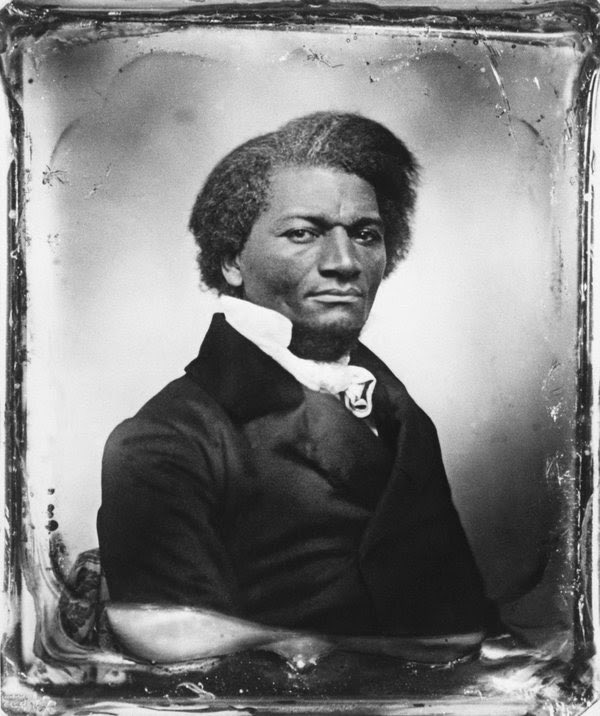 lightskintwin said:
LOL I see you rocking with the sistas.
Click to expand...

hypernima said:
I got cousins up there I'll tell em to check it.

Just getting back from hanging the art on the walls

I broke my phone's camera lens so photos suck 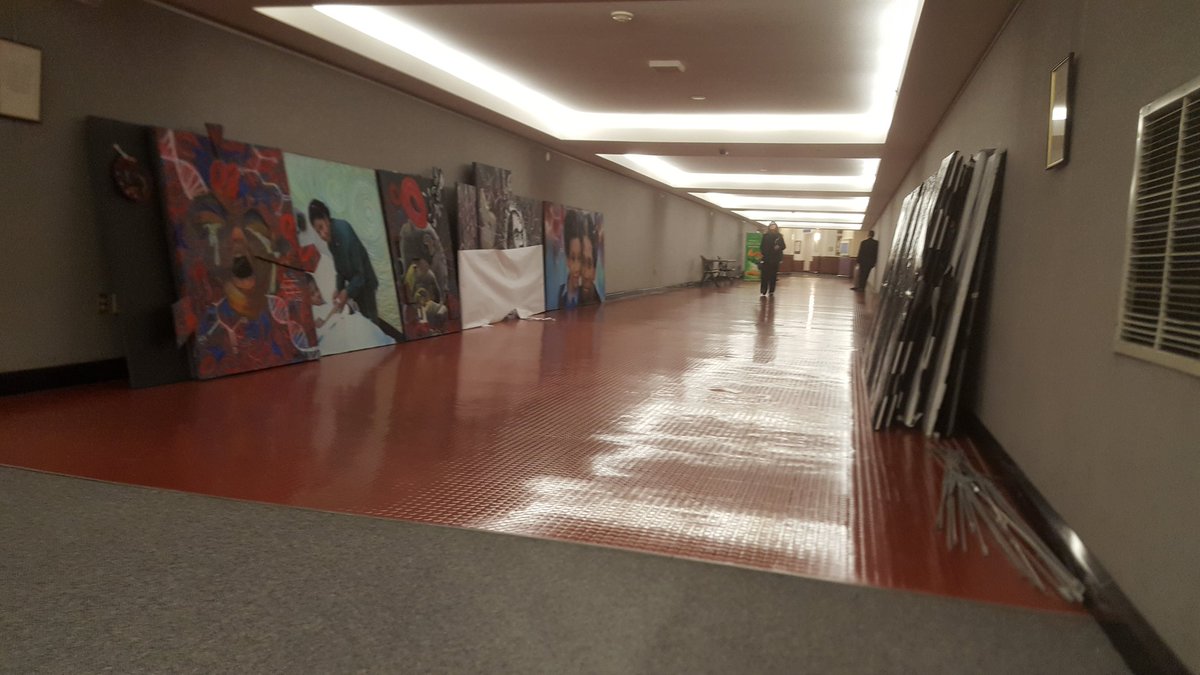 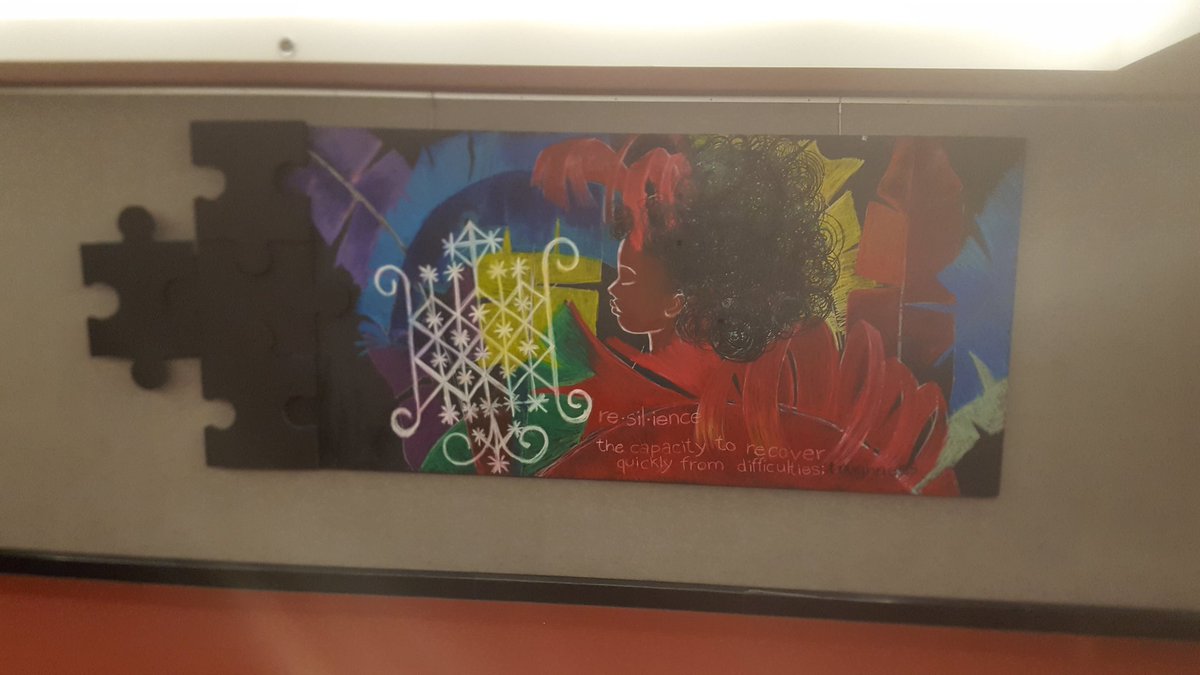 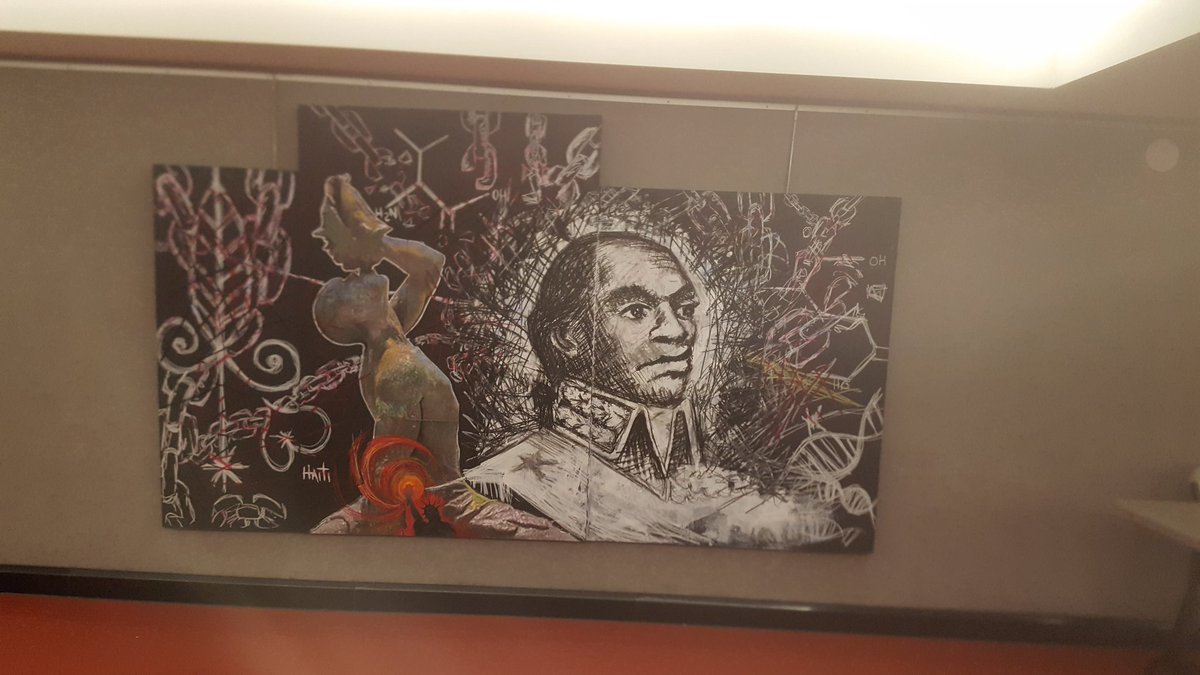 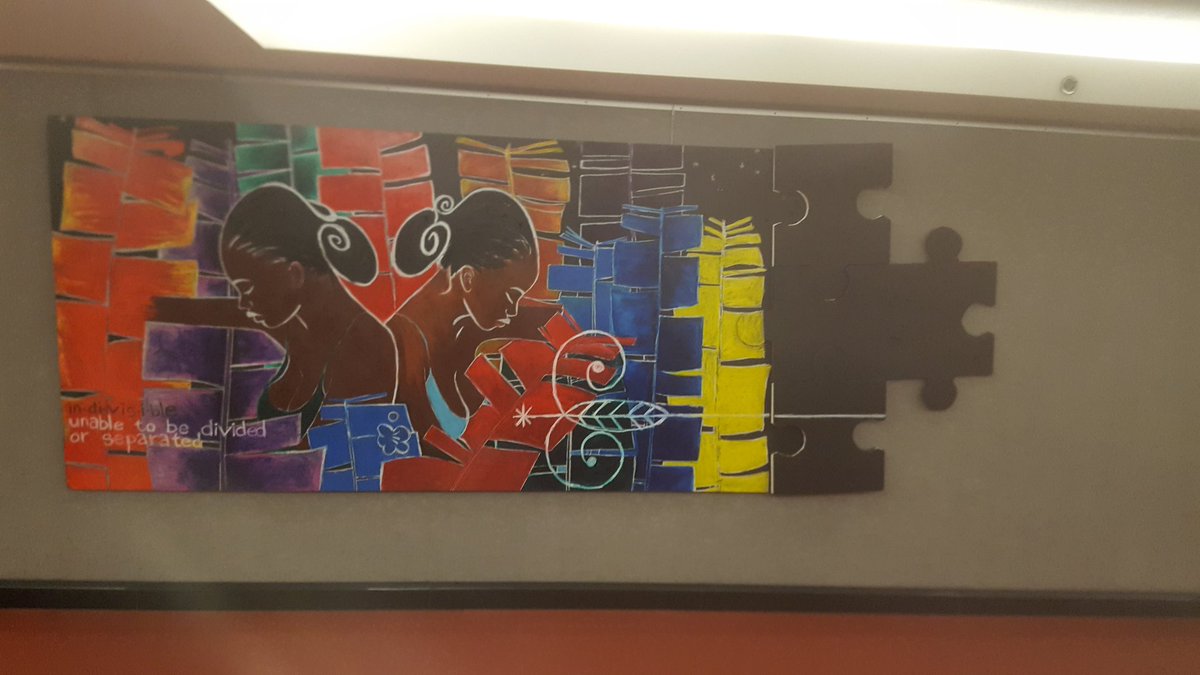 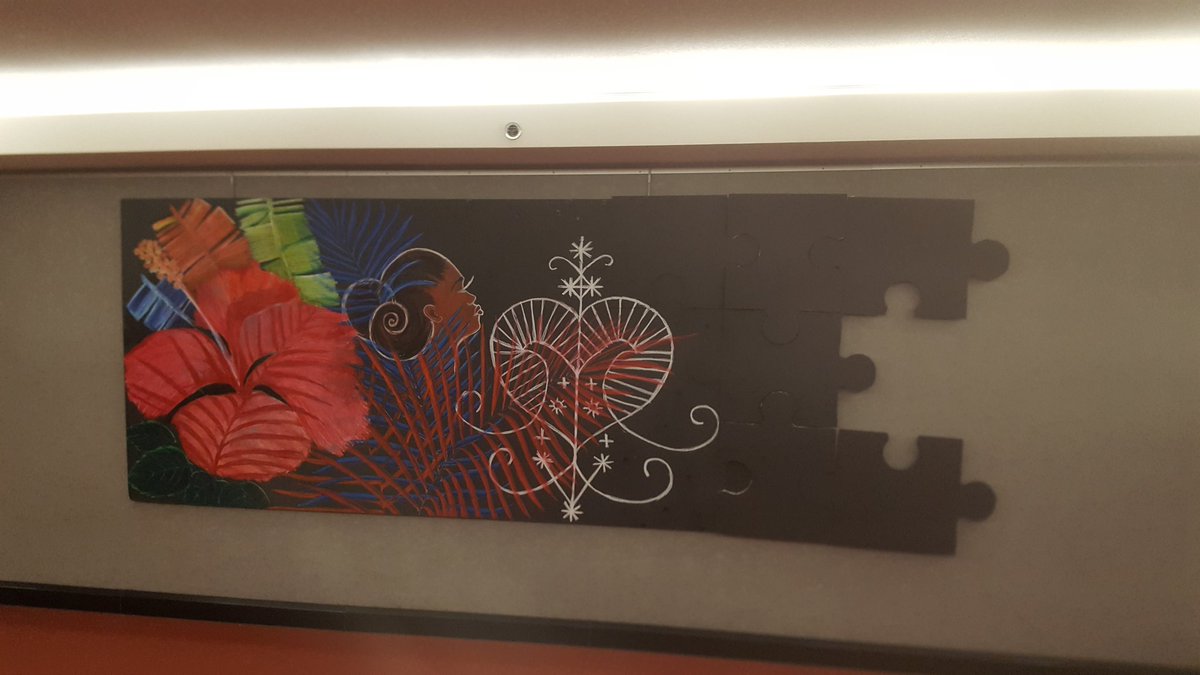 Something fascinating about Richard Wright I never knew. My dude learned and mastered the haiku form in the last days of his life and wrote over 4000 haikus in a span of eighteen months before he died.

Richard Wright (1908-1960), one of the early forceful and eloquent spokesmen for black Americans, author of "Native Son," and "Black Boy", was also, it turns out, a major poet. During the last eighteen months of his life, he discovered and became enamored of haiku, the strict seventeen-syllable Japanese form. Wright became so excited about the discovery that he began writing his own haiku, in which he attempted to capture, through his sensibility as an African American, the same Zen discipline and beauty in depicting man's relationship, not to his fellow man as he had in his fiction, but to nature and the natural world.

In all, he wrote over 4,000 haiku, from which he chose, before he died, the 817 he preferred. Rather than a deviation from his self-appointed role as spokesman for black Americans of his time, Richard Wright's haiku, disciplined and steeped in beauty, are a culmination: not only do they give added scope to his work but they bring to it a universality that transcends both race and color without ever denying them.

Wright wrote his haiku obsessively--in bed, in cafes, in restaurants, in both Paris and the French countryside. His daughter Julia believes, quite rightly, that her father's haiku were "self-developed antidotes against illness, and that breaking down words into syllables matched the shortness of his breath." They also offered the novelist and essayist a new form of expression and a new vision: with the threat of death constantly before him, he found inspiration, beauty, and insights in and through the haiku form. The discovery and writing of haiku also helped him come to terms with nature and the earth, which in his early years he had viewed as hostile and equated with suffering and physical hunger. Fighting illness and frequently bedridden, deeply upset by the recent loss of his mother, Ella, Wright continued, as his daughter notes, "to spin these poems of light out of the gathering darkness."
Click to expand...


"When author Edwidge Danticat joined protesters at Miami International Airport to rally against the presidents Muslim-targeted travel ban, she evoked the words and fighting spirit of late poet-activist Audre Lorde:

Poetry is not a luxury. It is a vital necessity of our existence, quoted Danticat, in her remembrance of Lorde. Poetry, she said, is how we name the nameless. It forms the quality of the light within which we predicate our hopes and dreams toward survival and change, first made into language, then into idea, then into more tangible action.

And as Danticat observed, it was  and is  as if Lordes fearless quest for truth and transformation has infused the fighting soul of women who  in this very moment  are rallying against injustice, and all of the intersections of discrimination. In Lordes era of 1960s and 70s civil rights activism, she refused to be labeled or boxed into any one identity or cause. Instead, Lorde described herself as a black feminist lesbian mother poet and never one or the other."


Poems and more Biography of her's are here

Never to Dream of Spiders
BY AUDRE LORDE

Time collapses between the lips of strangers
my days collapse into a hollow tube
soon implodes against now
like an iron wall
my eyes are blocked with rubble
a smear of perspectives
blurring each horizon
in the breathless precision of silence
one word is made.

Once the renegade flesh was gone
fall air lay against my face
sharp and blue as a needle
but the rain fell through October
and death lay a condemnation
within my blood.

The smell of your neck in August
a fine gold wire bejeweling war
all the rest lies
illusive as a farmhouse
on the other side of a valley
vanishing in the afternoon.

Day three day four day ten
the seventh step
a veiled door leading to my golden anniversary
flameproofed free-paper shredded
in the teeth of a pillaging dog
never to dream of spiders
and when they turned the hoses upon me
a burst of light.
P

Cross post from The Dollop thread. An inventor Garrett Morgan 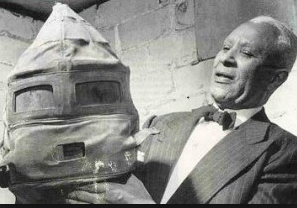 Since tomorrow is a important holiday here's some history

Daisy Lee Gatson Bates was born in Huttig, Arkansas, in 1913 or 1914. She was a foster child who attended the citys segregated public schools. She married LC Bates in 1942 and lived in Little Rock. Her husband started a newspaper, known as the Arkansas State Press, which stressed the need to improve conditions for African Americans. This resulted in many businesses withdrawing their advertisements.
She and her husband were actively involved in the National Association for the Advancement of Colored People (NAACP). Bates popularity as a civil rights advocate heightened in 1956 during the pre-trial proceedings of the federal court case, Aaron v Cooper, which set the stage for Little Rock Central High Schools desegregation in 1957.
Bates led a protest against the Little Rock schools systems slow plan for racial integration within schools. She personally guided and advised African American students enroll into Little Rock Central High School on September 25, 1957, with National Guard units and about 1000 paratroopers to help enforce integration. She remained active in the civil rights programs throughout her life. Bates died of a heart attack at the Baptist Medical Center in Little Rock on November 4, 1999.
A state holiday was named in her honor on February 19, 2001. The third Monday in February of every year (the same day as President's Day, officially known as Washingtons Birthday) will now also be Daisy Gatson Bates day in Arkansas.
M

there was a tribute to obama on wwe tonight

interesting cause the mcmahons are trumpbros
M

poppedcollar69 said:
there was a tribute to obama on wwe tonight

interesting cause the mcmahons are trumpbros
Click to expand...

On Aug. 28, 1963, more than 200,000 people took to the streets of Washington, D.C. The March on Washington aimed to highlight the inequalities African-Americans faced socially and politically in the U.S. It was where the famous speech "I Have a Dream" was delivered by Martin Luther King Jr. from the steps of the Lincoln Memorial. 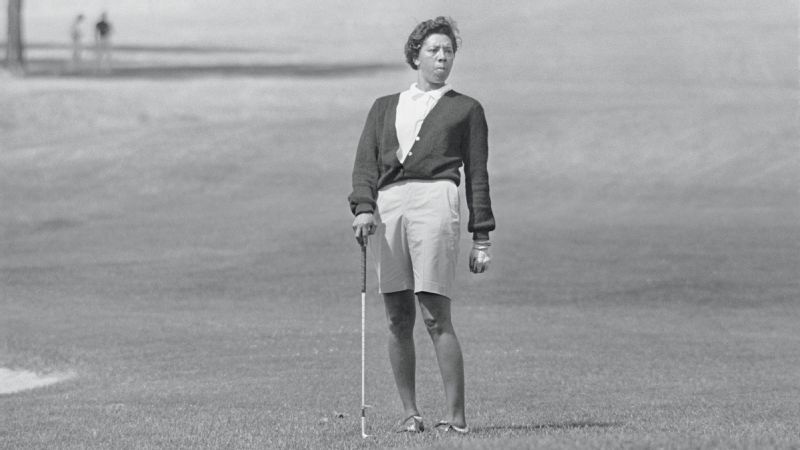 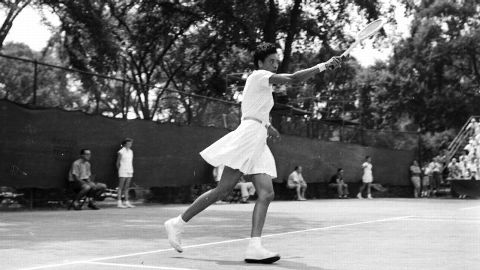 There is little documentation of Gibson's time in golf, even though she played 171 events between 1963 and 1977. Having never won an event, her time in golf seemed lackluster compared to her tennis career.

The brilliance of her golf career was not based on her results, though. During a time when racial tensions were boiling and when golf courses routinely discriminated against people of color, Gibson made a statement that people's prejudices wouldn't stop her from pursuing her athletic endeavors.

"If I made it, it's half because I was game enough to take a lot of punishment along the way and half because there were a lot of people who cared enough to help me," she wrote in her 1958 memoir "I Always Wanted to Be Somebody."


Gibson was born on Aug. 25, 1927, in Silver, South Carolina. Three years later, she was sent to New York City to live with her aunt Sally. It was on the Harlem River Courts, at 12 years old, that Gibson picked up tennis, finding a natural talent for the sport.

Her love and dedication to tennis paid off when she won the French Open in 1956, becoming the first African-American to win a Grand Slam title. In all, she won 11 Grand Slams before retiring in 1958 and was arguably the most famous female athlete during her time.

more at the link
G

One of them is Jean Bell (born Annie Lee Morgan), Grew up in Houston, Tx and wanted to be a professional bowler. Bell dated Richard Burton and helped him quit drinking and as a result was credited with getting him back together with Elizabeth Taylor afterwards. the only one of the 4 to seemly have a career afterwards however short lived. From 1970 to 1977 she appeared in such things as 4 episodes of Beverly Hill Billies, Starsky and Hutch, T.N.T. Jackson, the film The Klansman, and a small part in The Choirboys. Her public life disappeared in 1979
M

Black History Month: What ever happened to those white folks from those old photos?
T 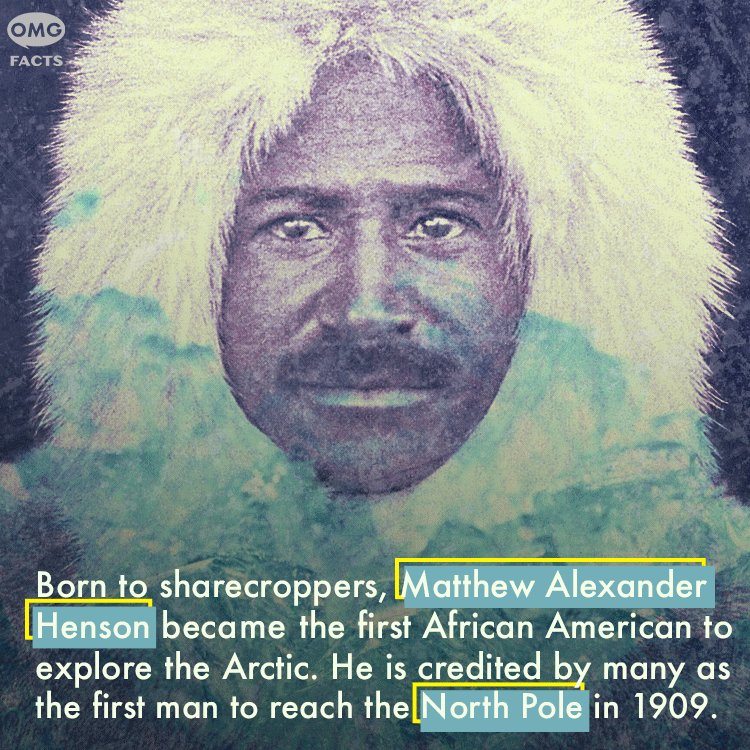 Not sure if this one has been posted in any form.
N

Colon cancer is the third most common cancer among black men and women, according to The Cancer Prevention Foundation. Black people are diagnosed with colon cancer more than any other ethnic group.

Keven Stonewalls research earned him numerous awards, and he was a finalist for the Intel International Science and Engineer Fair in 2013. The results of his research were even presented at the national meeting for the Society for ImmunoTherapy of Cancer in Washington, D.C., and credit was given to Keven for his lead in the research.
Click to expand...