Call of Duty Black Ops 3 was the last game in the series to release on the 7th generation consoles. It shouldn't have. Kacey dives into the PS3 version of Black Ops 3 and discovers one of the ugliest, most compromised direct ports she's ever played.

I was working at Beenox and had the missfortune to work on the port of BO3. Seriously, seeing footage of the game gives me slight PTSD as it was by far the worst project of my career.

From what I know (being a simple peon in all of this) Activision first offered Beenox to be the main studio handling BO3's port to old gen, due to ressources being busy on other projects and the ridiculous timeframe, they turned it down. So Mercenary was given the task of porting it. Mercenary was VERY cautious in having the game stable at ALL TIME, meaning they were really, really, really, slow at doing it. Somewhere in spring, daddy Activision decided that they don't care we didn't want to do it and cancelled one of our project and switch all those people to help Mercenary, giving the Zombie part as the main focus for Beenox. Then comes the rest of the studio who just finished Skylander Superchargers are all switched to BO3 port because it's a burning pile of shit. Mercenary caught on it's own redtape, refuses to go faster in adding Treyarch's content and the content is actually 3-4 months behind what the PS4 version is. A few months before what is supposed to be the gold release, the campaign is unplayable, most maps crash on start and those who dont are a buggy mess looking worse than a N64 game. At this point multiplayer's responsibility has been switched to Beenox and HighMoon and they brough another studio of outsourcer that I forgot the name to help on the campaign. It was obvious at that point that the campaign had to go as Mercenary was unreliable, the whole studio was on the project, all doing overtime. It was just impossible to ship that shit. 1 month after the obvious, they finally told us that the campaign was cut and at the same time, Mercenary was out and Beenox had the "chance" of being the main studio of that burning pile of shit. What followed was stressed out producers and studio heads applying pressure on the employees, from the pressure they were receiving themselves from Activision. It remained like that for a couple months after release as the game needed to be patched again and again and... yeah... no way in hell there was time to add the new magical content, Treyarch didnt give a fuck about old gen, otherwise they would have done it themselves. Plus the gratifying moments where people on twitter were telling us we were worse than Hitler for doing that port, like we had anything to do with the poor quality of it.

And yeah, I WAS working at Beenox, cause that shitshow was the beginning of a mass exode of the experienced staff of Beenox, because it seems like it was the beginning of trend of not making games anymore and just being a CoD support bitch and from the look of it, we were right.
Click to expand... 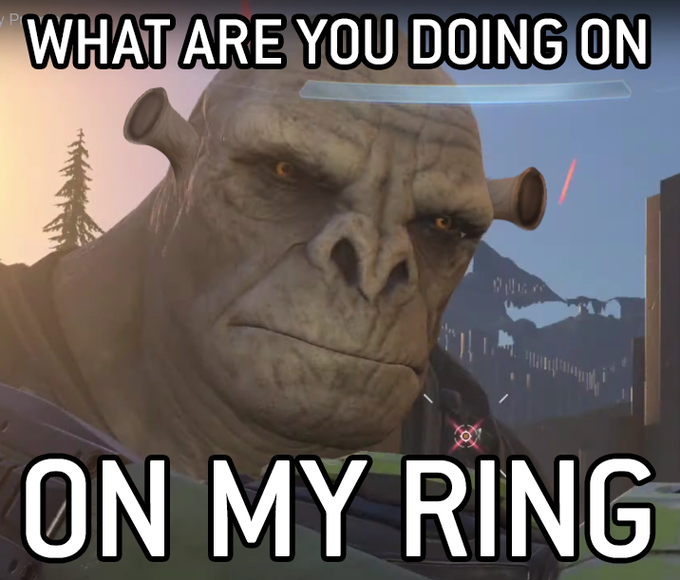 Call of Duty Black Ops 3 was the last game in the series to release on the 7th generation consoles. It shouldn't have. Kacey dives into the PS3 version of Black Ops 3 and discovers one of the ugliest, most compromised direct ports she's ever played.

I've got the 360 version and it's terrible, can't imagine what campaign must have looked like then.

Having played Advanced Warfare on Xbox 360 (The last fully featured one and a cross-gen title) it is surprisingly good. It looks pretty fly considering its a backport and its a typical COD game performance wise.

Oddly enough i do want BLOPS 3 on last-gen precisely because of all that it lacks. Being an MP only title makes up for a nice arena like shooter, and how it looks and plays makes it even more interesting.

What i particuarly find damning is how the weapon animations aren't natural. It looks like an automation and not like a fluid motion.

Nevertheless i like Kacey's videos. Informative stuff and often with direct feed footage. Id love a comparison with COD Mobile and which COD game it visually and technically stacks up against the closest.
Reactions: CamHostage

Kinda makes me wonder if treyarch hated working on the Wii ports of call of duty. It kinda doesn't seem like it considering they're so many, but i'd love to hear stories on the development of those ports.

And yeah, BO3 on 7th gen was a dumpster fire.

It was pretty bad, but you couldn't really expect anything else. I'm surprised people actually bought it, rather than just sticking with older titles if they couldn't upgrade. It shouldn't have been on that generation of consoles to begin with.

Even Advanced Warfare was pretty rough in 2014, but wasn't missing features at least. I remember briefly playing it on PS3 before I got myself a PS4, and it wasn't a fun experience.
M

that reviewer is a fucking idiot.

the last good cod game was blops 2
And he says he hated cod zombies.
Blops 3 having better movement then titanfall 2

he sounds like on of those moronic
HURR ONLY KIDS PLAY COD
I rather play animu games with my love pillow
uWu
Last edited: Feb 16, 2021
You must log in or register to reply here.