They released a new trailer for the game recently, it's looking good. 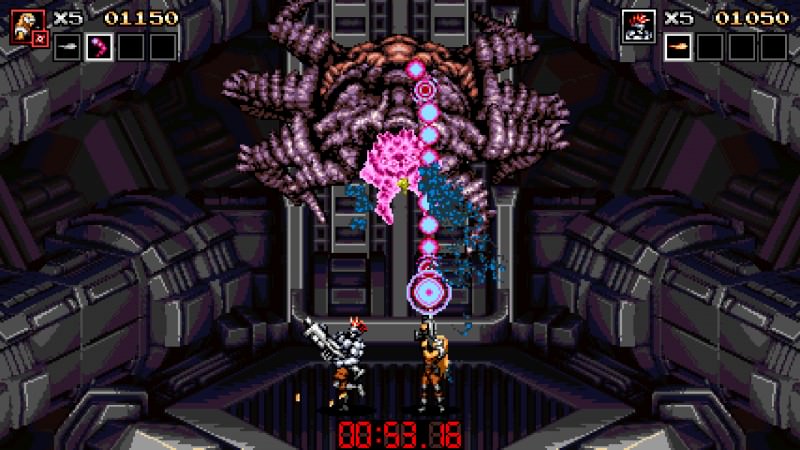 It would be difficult to set out to make a game like Contra and not have it look exactly like Contra, so why not just lean into it instead? That's pretty much what Blazing Chrome is setting out to do and it was obvious when we first took note of it at PAX East earlier this year, but every new trailer completely reinforces it. The developer has announced that you'll be running and gunning in early 2019 and have officially announced a Switch version will come in tow.

Developer JoyMasher has announced that the game will be releasing in early 2019, just missing its 2018 target date. However, this does give time for the newly-announced Switch release to launch alongside the other versions, so you can take it on the go from day one.

Game Informer
Reactions: Ownage, Dice, JimmyJones and 12 others
A

Yep! That's Contra! Seems like it could be a fun game.
Reactions: Yakuzakazuya, zenspider, JareBear: Remastered and 2 others
K

Looks good, looks like there is slight sprite repurposing or are they just playing homage?

What Contra 3's sequel should have been.

Reactions: kyubajin, Bullet Club, Alexios and 6 others
A

I need this now

Thought it was some plugin to make Chrome go faster there for a sec, was excited.

Then I saw what it's actually about and looks like...

I would be cautiously optimistic seeing the trailers since there are many indies who nail the retro aesthetic but drop the ball on gameplay but I played previous Joymasher titles, Oniken and Odallus and they are great! It is not only visuals, they know what they are doing.

It has been ages since I wait for a Contra Hard Corps sequel and this seems to be a worthy spiritual successor.

Can't wait for the "Blazing Chrome is a better game than Contra" type of post..
H

This looks like a lot of fun. Looking forward to switch co-op.

Belmonte said:
It has been ages since I wait for a Contra Hard Corps sequel and this seems to be a worthy spiritual successor.
Click to expand...

I think Uprising is a good game but too diferent in characters. theme, music, everything from the original. I like the Arc System style btw, but Uprising doesn't feel a Hardcorps sequel (or prequel) to me.

The gameplay is good but not that good. And a huge issue I have is that some parts are not made with 2 players in mind.
D

I never played Contra but I loved Metal Slug. This looks right up my alley.

Gander said:
These consoles cost too much and can do too much for me to be excited about a copy of a 16 bit era game
Click to expand...

There might be more gameplay in some of the trailers for this game than RDR2 in its entirety.
Reactions: alabtrosMyster, ljubomir and ultrazilla
D

Switch cartridges were invented to host such retro goodness though it has the look of early CD based systems. Either way I don't care what format so long as it has a physical release.
Last edited by a moderator: Jan 4, 2019

Looks good, but I will wait for a MegaDrive or Mega-CD port
Reactions: Orenji Neko and Bullet Club

Hope it plays as good as it looks. If so, day one for me.
E

Tomorrow is the day! After so many years (decades!) of waiting, we will have a Contra: Hard Corps spiritual sequel!

in
Reactions: Insane Metal and ultrazilla

The second I finish Bloodstained, I'm plunkin' some virtual credits into this sumummabitch.
Reactions: Tesseract

Finally finished Bloodstained two days ago so this came right on time..
I loved the original Contra and SuperC but the ones that followed were hit and miss beyond that, this looks like perfection.
Reactions: zenspider

Well it seems to be getting good reviews. Will wait for physical.

I'm checking Xbox Gamepass for PC and it's still not there yet. It's already out on Steam, though.

Gonna grab this on Steam, didn't realize it was releasing already! Looks like they've done their homework..

It's on gamepass too for anyone interested.
Reactions: breezer79

This is so good! Love that it's on game pass and has cross save between PC and Xbox
Reactions: meirl, JareBear: Remastered and Insane Metal

Ohhh damn. I gotta try this out.

chris121580 said:
This is so good! Love that it's on game pass and has cross save between PC and Xbox
Click to expand...

I've only played about an hour, and I suck at this kind of game, but I'm having a great time. It looks and sounds great, and is fast, fluid and fun.
Reactions: JareBear: Remastered 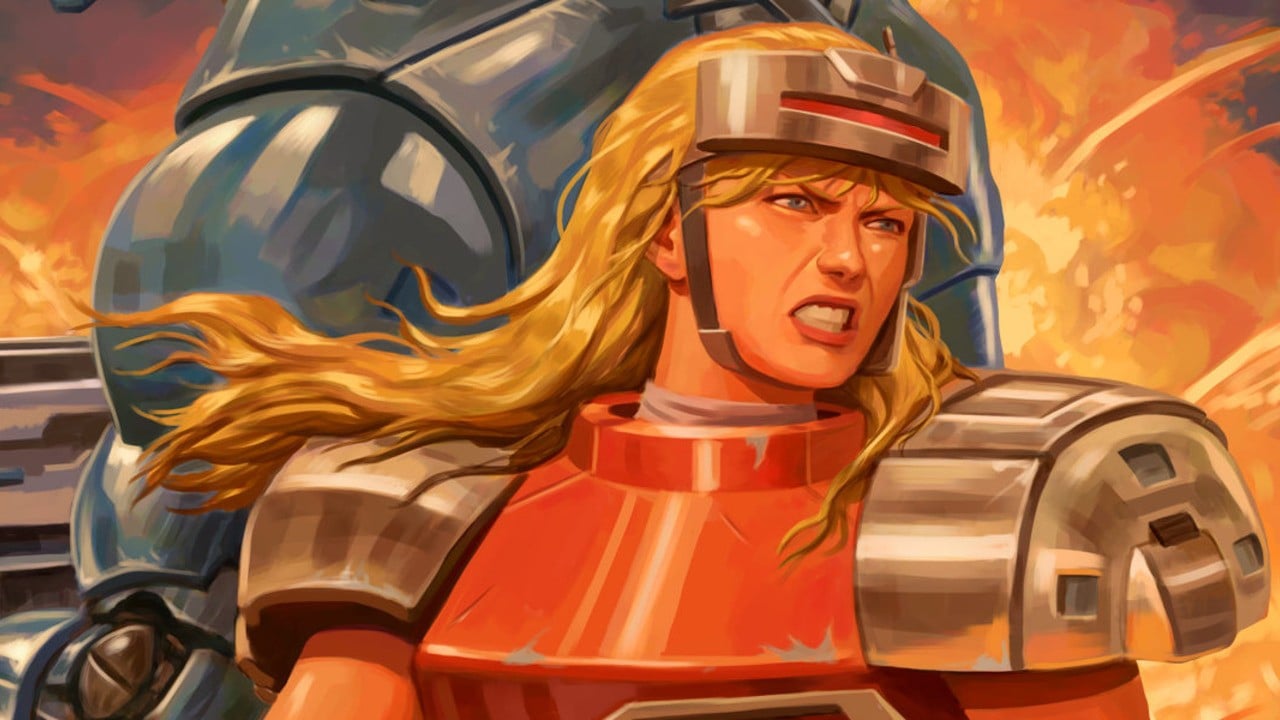 I need your clothes, your boots, and your hover-bike

I had no idea this was by the same developer as Oniken and Odallus. Time for me to pick up all 3.
Reactions: zenspider
You must log in or register to reply here.