Timing is key for Legendary as it looks to broker a new pact. Tull&#8217;s company has a lot riding on the success of Guillermo del Toro&#8217;s &#8220;Pacific Rim,&#8221; a more than $200 million-budgeted tentpole, which is facing some hurdles in exciting moviegoers before its July 12 release despite getting a major promotional push since last summer&#8217;s Comic-Con in San Diego.

Early tracking for the film is so far disappointing with audiences showing more interest in Sony Pictures&#8217; sequel &#8220;Grown Ups 2,&#8221; which also opens that weekend. Some are comparing &#8220;Pacific Rim&#8221; to to Saban&#8217;s &#8220;Power Rangers&#8221; kids franchise or Japanese anime. As a result, expect a last-minute marketing blitz from distributor and 25% investor Warner Bros. to try to turn around those numbers. While the studio is advancing the film&#8217;s P&A costs, it risks losing a lot of money if the movie does not perform.

I hope that isn't the case the movie has a lot of promise.

&#8220;We just need to keep working. Our numbers are going up. Not in a minor way. Significant. We are on the right track,&#8221; del Toro wrote on the forum of Deltorofilms.com, which bills itself as the official fan site of the filmmaker.

This is the saddest thing related to the movie industry that I've heard in years.
J

Didn't they also track World War Z to make a quarter of what it actually did on its opening weekend? Grain of salt.
S

The sad thing is I told my brother yesterday I thought Grown Ups 2 would beat Pacific Rim that weekend and it looks like I was right =( .
M

I think I've had my fill of CGI fight scenes this summer.
E

Why is this surprising? One is an established, financially successfully franchise (as sad as that may be) and the other is an unknown property that looks fairly silly. If Pacific Rim is truly good, it will have legs and that's all that matters.

Also, tracking (especially three weeks out) means next to nothing.
P

I called this in one of the After Earth threads. Hard to see how it can make back a budget that big. I still think it will do OK, probably John Carter numbers at least ($282 mil WW).
3

OS will save it. Believe!
J

People are just gonna have to be happy that the movie exists to begin with.

I saw the original Grown Ups with a friend at my university's campus theater. So it was free. No hyperbole, neither of us laughed or smirked even once the entire time. I was kinda surprised because my friend has a totally different sense of humor, usually into the goofy type of stuff. Never again. GU2 looks even more half baked than the first one.

But yeah, I wouldn't be shocked if it does better. I haven't heard many people talking about Pacific Rim in a positive way on social media, unless they were already into anime or these type of sci fi films. That's a problem. There really isn't a star that's going to attract an audience either.

I hope it turns out well, at least. And I'm sure it will do stellar overseas.
R

aka canceling their apocalypse.
S

Wait is pacific rim that giant robot monster movie? It looks like it would be exciting to watch if I was 10.
O

Grizzlyjin said:
There really isn't a star that's going to attract an audience either.
Click to expand...

Audiences won't even come out for J.J. Abrams?

Showed too much, too soon.
G

No wonder Identity Thief made so much money.
E

Rastafarian42 said:
I hope that isn't the case the movie has a lot of promise.
Click to expand...

The reasonable gentlemen who greenlited this should be working in the video game industry.

Makoto said:
Audiences won't even come out for J.J. Abrams?
Click to expand...

1. I had the same thought when I first saw Day in costume.
2. Please tell me they aren't using that to promote the movie in theaters.
U

I think you're underestimating how awesome Grown Ups 2 is going to be.
J

Is Glados still in this?

johnsmith said:
Is Glados still in this?
Click to expand...

Her voice was in one of the more recent trailers, during a suit up sequence. So I would guess so.
L

It made a shitload of money compared to what anyone thought it would make.
3

Go sit in the corner.

Hes not wrong. This movie will sell like hotcakes to the preteens.
W

Just saw the Pacific Rim trailer as I was reading this thread. It looks kinda shitty.
T

All the people I was at STID with said the PR trailer looked lame and were laughing at it. To be honest I'm not thinking it looks very good either.
K

Yep. It's up to the rest of the world now, americans love adam sandler too much.
U

Grown Ups, on the other hand...

Grown Ups 2 is tracking ahead with me too
A

I really hope this movies does well.
D

Well...I want to like Pacific Rim... but the trailers do nothing for me at all.

I really do need to see that movie, sometime.
G

I don't expect Pacific Rim to do well...I just don't see it having a mass appeal
3 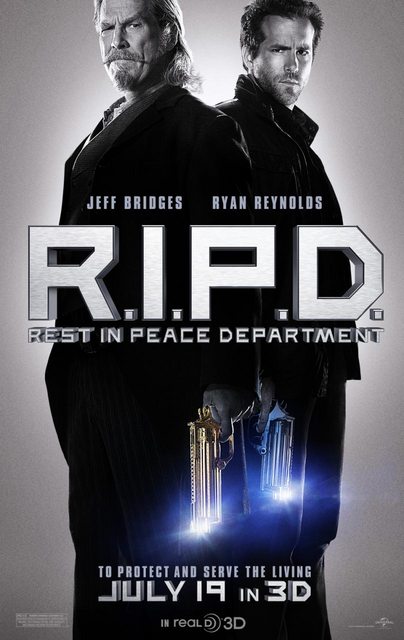 On topic, I don't really see Pacific Rim appealing to many people. It is literally transformers + godzilla (at the first glance) but with no recognizable characters or IPs. No big name actors either.
Is it marketed towards children? I assume families and couples are not interested in this movie, but you know which movie is for families and couples? GROWN UPS 2!
All I see is marketing push for geeks of fantasy and Sci-Fi. My must see movie, because I am a part of that audience.
R

Ha lets see who's laughing when Lone Ranger beats both of them.
T

The trailer doesn't look that great IMO. And $200 million is absolutely silly for a budget for a movie of that caliber. Not sure where the mass appeal will come from.
K

cartoon_soldier said:
I don't expect Pacific Rim to do well...I just don't see it having a mass appeal
Click to expand...

Tamanon said:
The trailer doesn't look that great IMO. And $200 million is absolutely silly for a budget for a movie of that caliber. Not sure where the mass appeal will come from.
Click to expand...

Silly but I'm happy they did it.

Oddly, I'm more excited for this than Pacific Rim.

Somebody send his ass to Monster Island
W

So bomba that I've never even heard of it
E

"But we put giant robots for every country! How can it not be a hit in all of those countries? Don't people want to go see their country's giant robots?"

Should have had 16 years old kids as leads if they were going to go in the direction they did, with some love story or whatever. Can't make giant robots fighting godzillas campy with a bunch of grown ups in it, not with that budget.