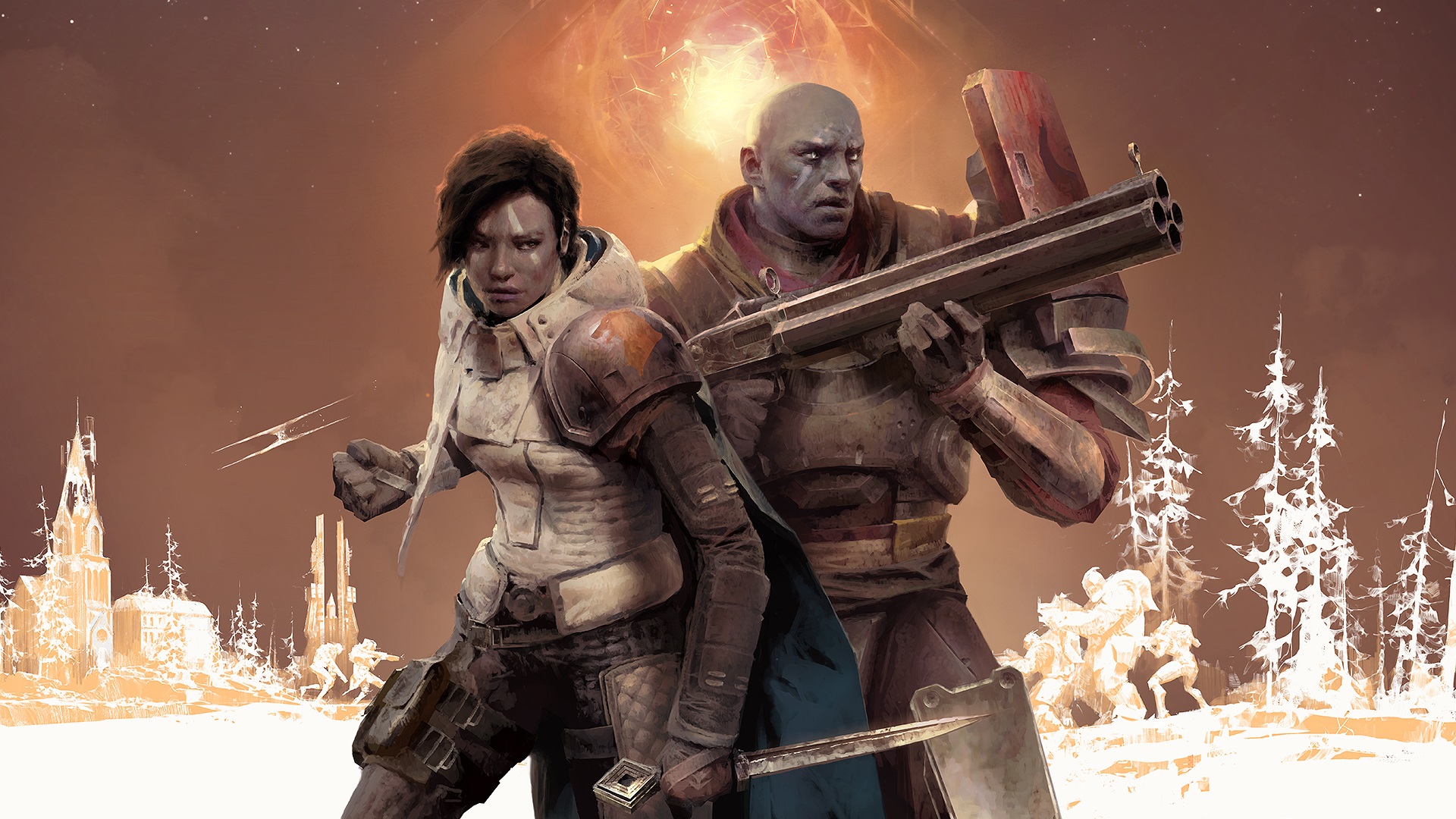 In a blog post published on Thursday, the Seattle-based developer said it had “exciting news to share” about its plans for the future, and suggested it would do so via an online stream in two weeks’ time.

“This year finds us all in a scenario that puts us all very far away from business as usual,” wrote communications director David ‘Deej’ Dague. “Basically, all flights originating from our Tower are grounded. Development of Destiny 2 continues, only we are all working from the safety of our homes.

“We have exciting news to share with you about our plans, but it won’t happen at some fancy convention under hot lights. Instead, we’ll use the Internet.”

Later in the article, Bungie’s production director Justin Truman suggested the Season 11 and Year 4 reveal would come around June 9, which coincides with several game events including Guerrilla Collective and Steam Game Festival.

“So we look forward to continuing this conversation, and continuing to evolve Destiny together. And in 12 days, we can’t wait to show you more of what we’ve been working on,” he said.
B

Looks like the floodgates are opening in June then.

Oh Destiny 2. So much promise. Such solid base mechanics. Completely ruined by their greed for me.
Reactions: Kindjal, Devilich, Slings and Arrows and 2 others

Played 1 season (9 I think?) and thought to myself "this is a fun game but duuude there's a lot of bugs/exploits/problems. Fix this next season and I'm in for the season pass."

Next season came out, 6 new exotics, 4 of them disabled within days because of glitches/exploits.
Reactions: Devilich and Slings and Arrows

Even more recycled / cut content, a crap ton of grid and rotten live service BS on every step of the way, a few new guns, a couple of new raids, crap story with boring af characters... please be excited (No).

It is so goddamn sad to see what Bungie turned into, especially after replaying HALO games on PC. They'll never be the same again and good god I hope I'm wrong.
Last edited: May 29, 2020
Reactions: RSB
N

Agent_4Seven said:
Even more recycled / cut content, a crap ton of grid and rotten live service BS on every step of the way, a few new guns, a couple of new raids, crap story with boring af characters... please be excited (No).

It is so goddamn sad to see what Bungie turned into, especially after replaying HALO games on PC. They'll never be the same again and good god I hope I'm wrong.
Click to expand...

Don't forget the standard promise that comes right after you pay for an update. You know, the one that can be characterized as sorry that the game still sucks, but if you pay us again in a couple months it will be better. At least that seemed par for the course when I finally had enough of their bs updates.
Reactions: Agent_4Seven
S

I devoured all the content up through Warmind a couple years ago and then put it down but I've been having a ton of fun jumping back in this past week just playing Crucible, gradually getting my gear up from 750 to 1000. I was pleasantly surprised to find my bubble Titan + Helm of Saint-14 build is actually kinda useful again since they added back the Weapons of Light buff.

Also surprised to find some new content and areas opened up like Rasputin's bunker, Tangled Shore, and the Dreaming City, even though I haven't touched Forsaken or Shadowkeep yet. I'll probably pick em up next time they go on sale.

Kinda glad I took a break since it seems like everyone else is jaded and miserable.
Last edited: May 29, 2020

I wish they go for Destiny 3 already. I want to see what they can do with their Destiny 1 and 2 experience without answering to Activision.
N

I have to admit I would like to see that too. I'd give them the benefit of the doubt 1 time without ties to Activision. But only once, and only after reviews drop unless a FREE beta got me excited.
Reactions: Belmonte

Tbf Destiny 2 is no longer affiliated with activision, making the base game (with a couple expansions and all the ps4 exclusive content expiring all at once to be playable on all systems) f2p was kind of their middle finger to activision imo.
Last edited: May 29, 2020
Reactions: Vindicator and Belmonte

Omeggos said:
Tbf Destiny 2 is no longer affiliated with activision, making the base game (with a couple expansions and all the ps4 exclusive content expiring all at once to be playable on all systems) f2p was kind of their middle finger to activision imo.
Click to expand...

Yeah, but I think starting the game from scratch, without Activision influence, will benefit their vision. Perhaps not and Destiny 2 was exactly what they intended to be, but I want to see what they can do with a third game.
Reactions: Slings and Arrows

Except a lot of the stuff that everybody hated was Bungie's idea.
Reactions: RSB

They sold their soul when they signed with Activision. I don't think there's any coming back from that.
Reactions: diffusionx

Took a break from Destiny 2 this season, as I grew tired of the running on the hamster wheel. Hopefully whatever Bungie brings next season and beyond will contain heavier content. I love Destiny, and it was my main game for the better part of 5 years (since D1), but I finally started growing tired of doing the same shit over and over again, and Bungie constantly shifting metas and seemingly doing EVERYTHING possible to piss off their fanbase.
S

Because I rather not play D2 again it's just got too grindy and boring.

I love Destiny, I have some great memories from D1 and D2 even with the rollercoaster of emotions it's put me through. Haven't played it in a long ass time though due to everything feeling lackluster and purposely made with the intent on forcing you to grind boring tedious ass content just to get to potentially a cool cutscene. I'd love to be sucked back into it but it'd take a huge change to get me (and my friends) back.
Last edited: May 29, 2020

Shadowkeep was good for what it was, but ultimately, it was pretty small in comparison to Forsaken, and it's injection of life was pretty short lived. Once they moved over to the annual pass content, most players walked away. The annual pass model was FOMO incarnate: with every "season" they added a small amount of content and a new "event"... and then actually removed it all when the next "season" started. I've returned to find that, after nearly nine months of annual pass content... there's actually not that much new stuff for me to play because they actively removed the content from the game. If all we get from this is "Destiny 2 on Next Gen! No new visuals, but higher resolution! Here's another small expansion and another annual pass! See you in 2022!" the community will walk away... again. It's a great game, but Bungie have consistently failed to deliver the basics. I mean... an entire year of removing everything they added... what the hell were they thinking? There's a reason MMOs like Elder Scrolls Online stay alive - the amount of content they offer over time is bananas. New players jumping in to Destiny 2 will find that it has exactly the same amount of content it had a year ago. Hopefully... they've got something more substantial.
Reactions: Slings and Arrows

The next move is another expansion, but they need to get back to raid content.

D2 is clearly treading water while D3 is developed. Hopefully D3 revamps many of the systems because there is a ton of bloat leftover from a design model carried over from a 2010 blueprint. 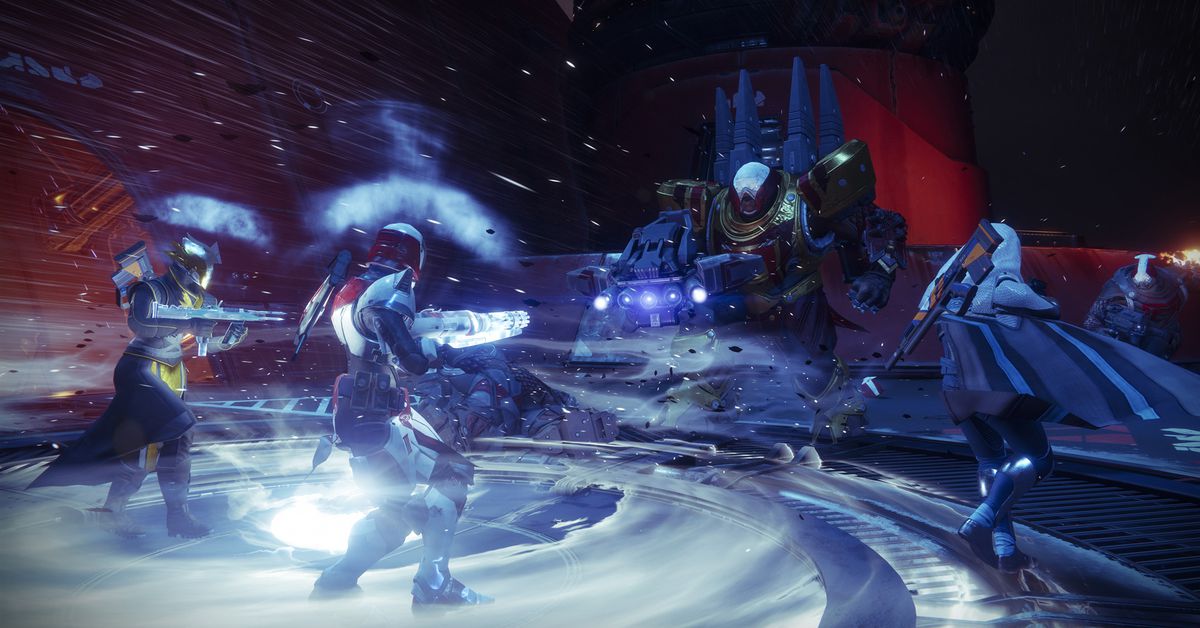 Destiny 2’s summer and fall is shrouded in mystery

Update (June 1): On Monday, June 1, the official Destiny account on Instagram posted and deleted a new trailer (noticed by a fan and tweeted to a group of journalists and content creators), which you can watch below. This is presumably teasing the reveal of Destiny 2’s unannounced fall expansion.

The trailer shows Eris Morn, a Guardian specializing in the Darkness, wandering an ice planet alone. Astute players will notice what looks to be Jupiter in the background, which suggests this new icy location could be Jupiter’s moon, Europa — a long-rumored Destiny location.

The post says “the next chapter of Destiny 2 is almost here” and teases an unveiling event for 6 p.m. CEST/9 a.m. PT on June 9, just before Destiny 2’s 11th season goes live. It’s unclear if players will learn about season 11 on June 9, or if Bungie has another post planned before the fall reveal.

I would have hung on every word on this.... for years I played destiny 1 and 2.... nowadays..... fuck that hamster wheel is tedious.... I just stopped having fun
You must log in or register to reply here.

May 11, 2021 started IbizaPocholo
May 11, 2021
IbizaPocholo
Opinion Business Game Dev Sony says it will ‘aggressively’ invest in first-party studios and partnerships this year