Buying my first Nintendo...its a Wii U...what 5 games will give me the Nintendo Oeuvre?

You know what if I think of it later I’ll just take a picture of all my Wii/U games it’ll be easier.

I’ll try to mention recs that haven’t been mentioned yet.

No one said Zombi U so I’ll say it. Pure action horror that makes full use of the gamepad.

Breath of the Wild since no one mentioned that either it seems. Completely playable on WiiU.

If you’re looking for a good party game, don’t sleep on Nintendo Land. It’s probably only a few bucks now.

And the WiiU has the best version of:

Kdad said:
So far as best as i can summarize. I've bought some games today, in bold, and marked in red some of my likely next purchases... but my gosh some of the prices are a little rich for me:

I'm 54...was an Atari guy, Commodore 64 then PlayStation and PC since...i've bought a advance/DS/3DS for the kids but I'm fleshing out the games room now for me and a WiiU popped up on my radar
Click to expand...

Games are not so expensive on the eShop.

You have already bought plenty of great games, have fun. Some stuff is going to be a bit rough, 30fps or less. Like Zombi U. Still a great experience, worth the "eye-straining" effort at least once, in my opinion.
Last edited: Aug 16, 2021

You will finally get to experience that infamous Nintendo Magic.
It really is special.

The collection this far... 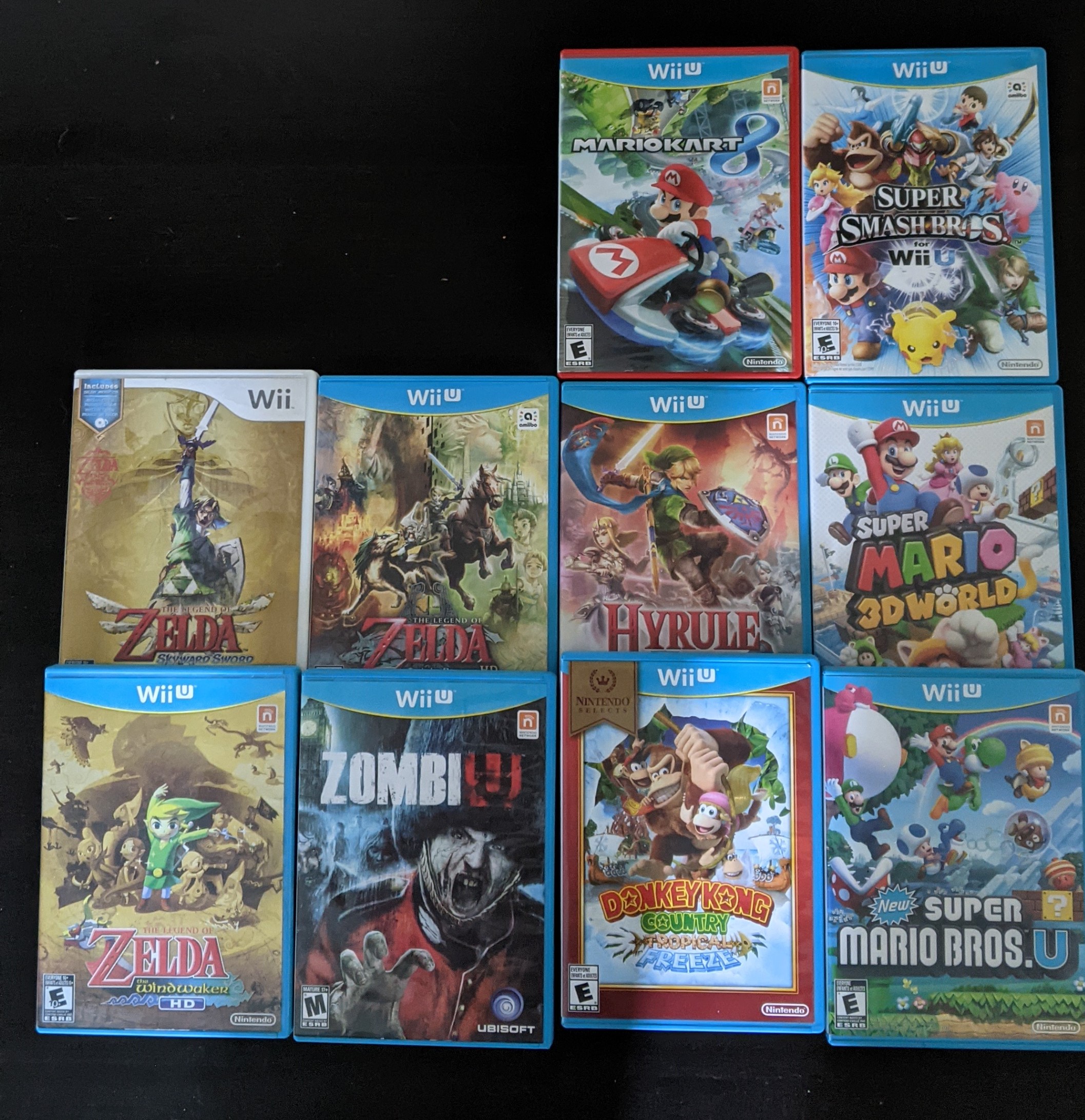 Question...to play a Wii game I MUST hook up the sensor bar and use Wii controllers?

I always thought Red Steel 2 was an exceptional showcase of pointer controls. Such a shame that wasn't the RS game that launched with the console.

That's what I consider the tip of the iceberg on the Wii U...try not to limit yourself and explore what's possible on the system, plenty of wonder and surprises on the Great Wii U!
You must log in or register to reply here.

Redneckerz replied
Oct 30, 2022
Did anyone else think that the Nintendo Wii was going to be the best selling console ever back then?

Sid Of Bee replied
Feb 25, 2022
What do you think Nintendo's long term plan will be?