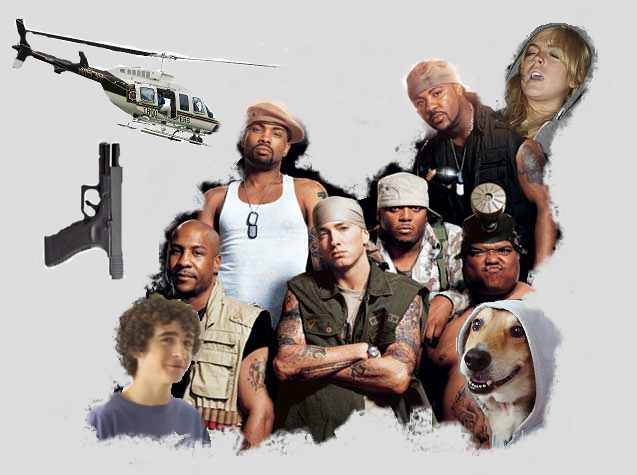 After the events of Call of duty 4 where the nuke went off in a middle eastern country, captain price and Soap Mctavish were Oscar Mike and shot the Arab first name Russian Last name british accent bad guy. The stakes were raised in MW2 where there were multiple nukes so Soap with new recruit Roach had to race snowmobiles to escape from arab russians and break captain price out of castle greyskull. There you were attacked by the private military that defeated dr. doom earlier to take over the castle and turned into a prison island to hide prisoner 187 (aka captain price). Thankfully you rode off with price on a chopper while Nate Dogg and Eminem&#8217;s &#8220;When the roof comes off&#8221; plays and the castle blows up. But the world was at turmoil as Arab Russians invaded the US while this was going on. But Ramirez was Oscar Mike and saved burger town with predator missiles. Then more nukes came out of submarines in MW3, and now mutant dogs are taking down helicopters.

During all this in the alternate Black ops universe, you were in the bay of pigs invasion where offensively recreated John F kennedy with a fake boston accent gave you orders and castro (along with arabs and Russians) made you schizophrenic with mind chip numbers so you started seeing your imaginary Russian friend Reznov. But your crew of Ice cube and that guy from avatar took out Dragovich to stop the US invasion, But that wouldn&#8217;t have happened because Price would&#8217;ve stopped Menendez in the first place in the I-dub universe. So FUCK Treyarch and their shitty supernatural nonsense universe, go make zombies you weirdos.


heres a Video recap that catches you up to the COD Universe(s) -
http://www.youtube.com/watch?v=c27sP1NnLCs


but single player is last gen, So here are important things like why you really play COD and why it outsells your favorite game - 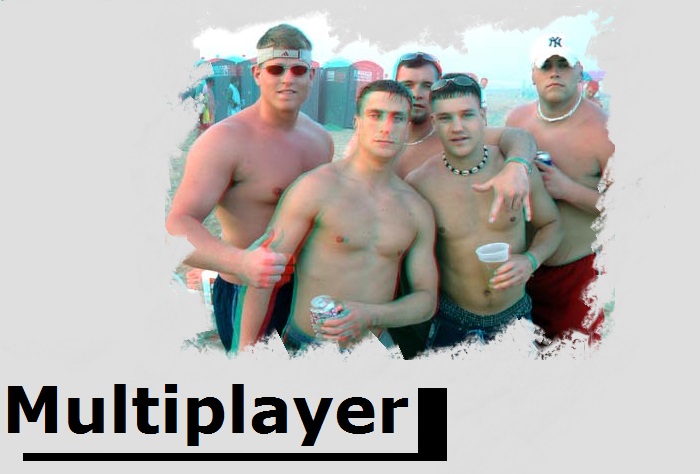 Create-A-Soldier - new to the series, now you can deck out your guy with heads, body types, equipment, rubber size, gender, and more. 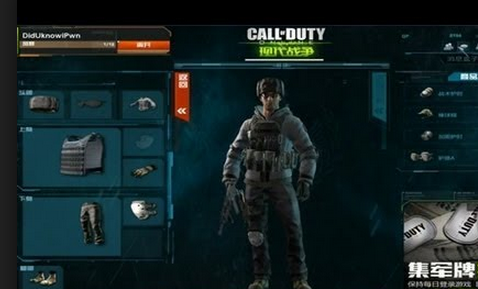 Blitz &#8211; CODs version of halo&#8217;s griffball. Attacking and defending zones on each end of the map. If a player makes it to the portal on the opposing team's side, they'll score a point and instantly teleport back to their end of the map.

Search & Rescue - Search & Destroy with spawns. your team can revive you by collecting your dogtag

Cranked: you gotta shoot or slice something every 30 seconds to stay alive. if you don&#8217;t and the on screen timer goes off, you blow up.

Squads: new coop/competitive mode. You make squad of bots and dress them up how you want and let them fight for you. Like Pokemon

-Squad vs. Squad: you & your squad vs. your opponent & their squad
-Squad Assault: Play against another random player&#8217;s squad with your team of six-players in co-op.
-Wargame: squad of six vs another squad of six. Bots and real players can trade places
-Safeguard: Four-player co-op Survive waves of enemies.

Clans: You team up and fight against other parties in matchmaking. 6v6. Basically a parties playlist, opposite of mercenaries. But its &#8220;clans !!!&#8221; so the randy bks in matchmaking who never made it in the halo2 circuit have matching tryhard tags instead of the regular [p00p], [uG4Y] and [iMLG] etc. 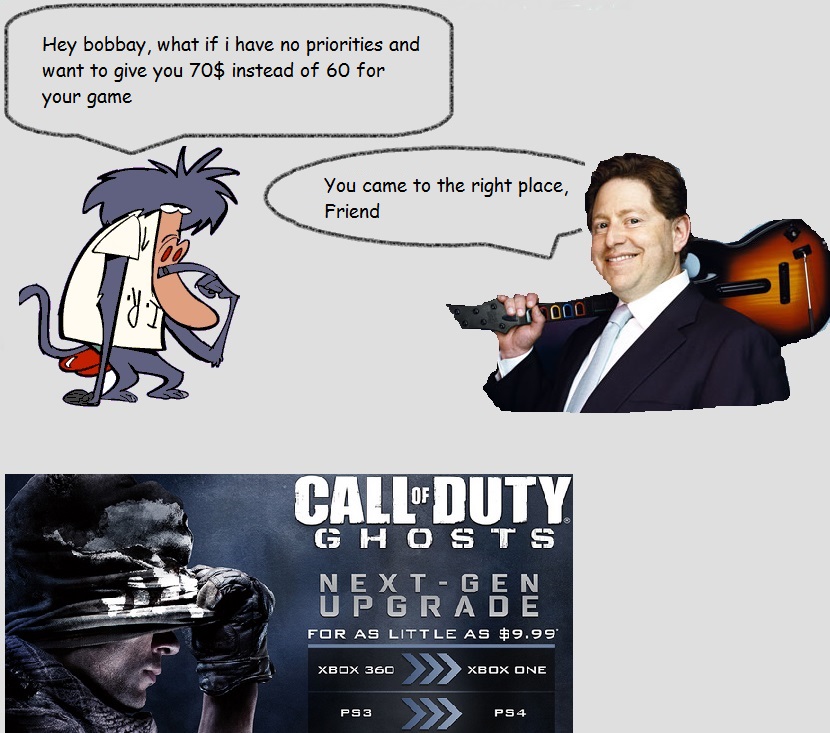 35 Perks weighted with point values of 1 through 5. Loadouts have a limit of 12 points, but guns and attachments eat up points too. So more guns or more perks, your choice

Yes, you can do 12 points worth of perks and run around with a knife if you are mlg enough. 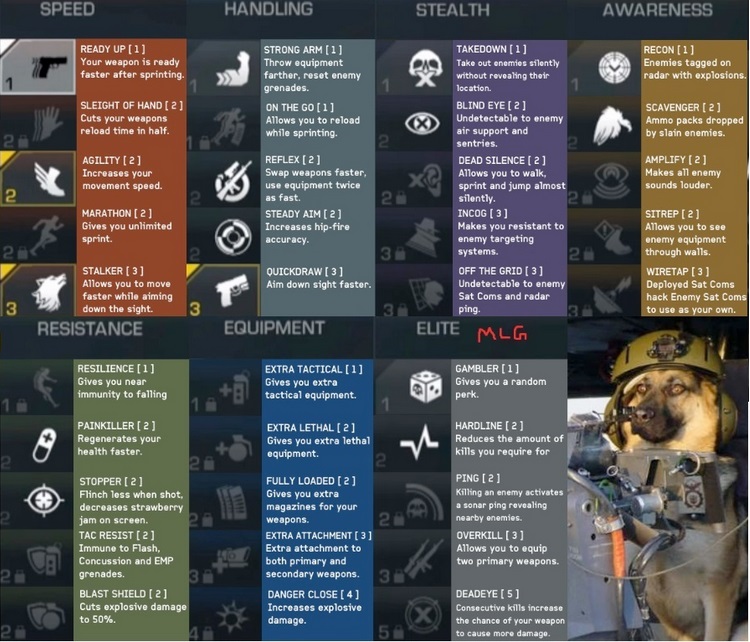 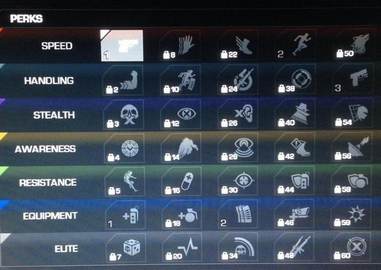 Why wouldn&#8217;t you take the opportunity to give street trash retailers like gamestop an interest free loan of your present liquid asset that every financial institution would give an arm and leg to have? I mean instead of &#8220;paying off&#8221; a game 6 months in advance like a POWER UP elite GS member you could&#8217;ve invested and turned that 60 bucks into 100 in that same period. But why should you care if gamestop does that with your own money instead of you. Investing, stocks, bonds are &#8220;hard&#8221; and it takes some hardcore research tools such as google.com or asking that finance major in your dorm. After all we are just spawns of Midwestern middle class housewives with no ambitions in life other than driving a used Honda civic. Who cares if someone robs us of our money, they can have their speed boats, 600$ lunch tabs and swiss watches, at least you got to reserve a copy of that videogame that bestbuy/walmart will have 5 stacks off on launch day! Us gamers, the man keeps us down not ourselves, otherwise we could&#8217;ve showed them huh. So check the List of garbage they will toss your way for making them free money -

Assault, Support, Specialists are back from MW3 auhuehuehuehue 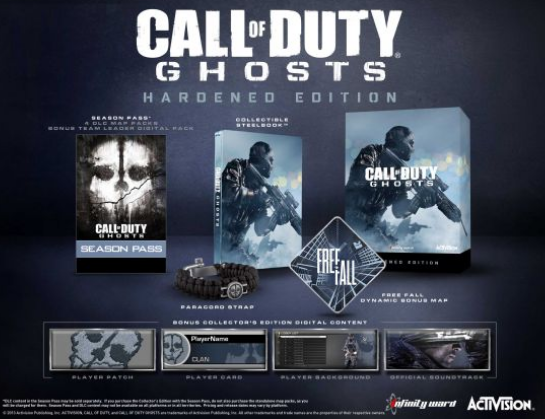 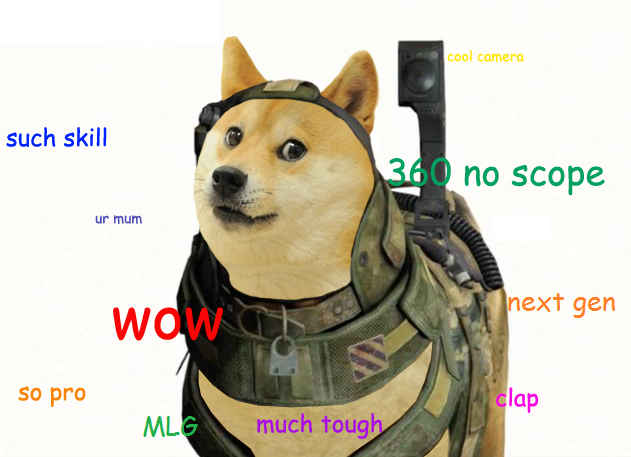 Their version of horde/zombies. four players fighting aliens in a post-apocalyptic world. Players will have objectives, one of which is to destroy an alien hive with a drill and defend it. Players will earn credits from either killing/shooting enemies or completing objectives. They then use these credits to buy ammo, weapons, and equipment.

Four classes, Tank, Medic, Engineer, and Weapon Specialist, Upgrades as the player levels up, 30 levels, unlocking weapons and upgrades as you progress. 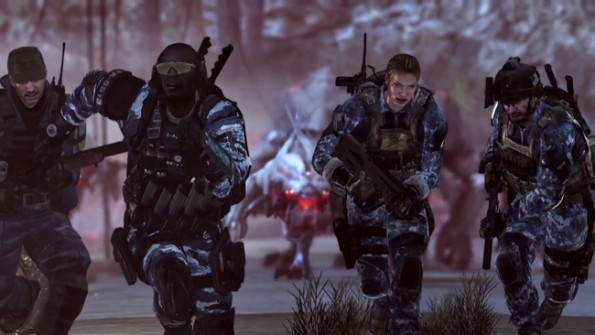 APP - The new Call of Duty App will launch alongside the game this November on the Apple App store, and all app features such as stat tracking, clan management will be available on current and next generation consoles.

Android and windows phone: lol get a real phone bro. iOS is the priority like always rest will get it when IW cares enough 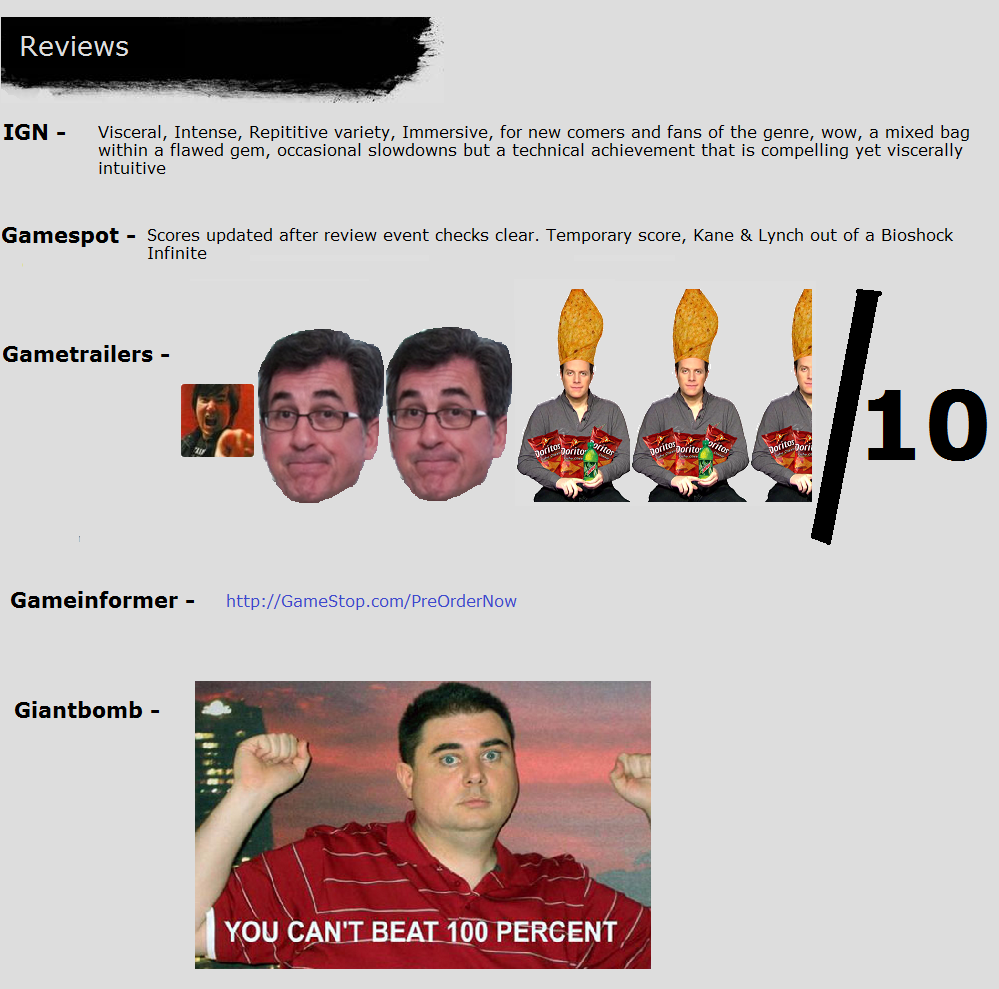 Spaclock, lilbabyjesus, PXG for being lazy and doing absolutely nothing, NFL Gaf (except the anime avatars), Wrasslin thread clique, Cliffy B, Triple H and Steve Jobs.

And our fav PR hype man Robert fourzerotwo bowling, you may hate gaf bro but we love you, miss you 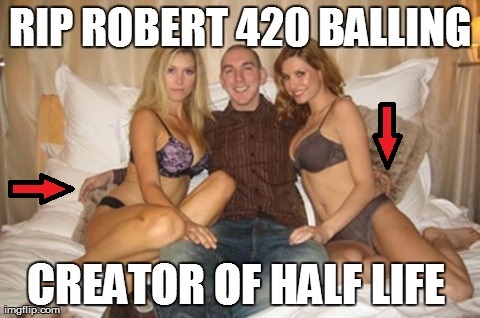 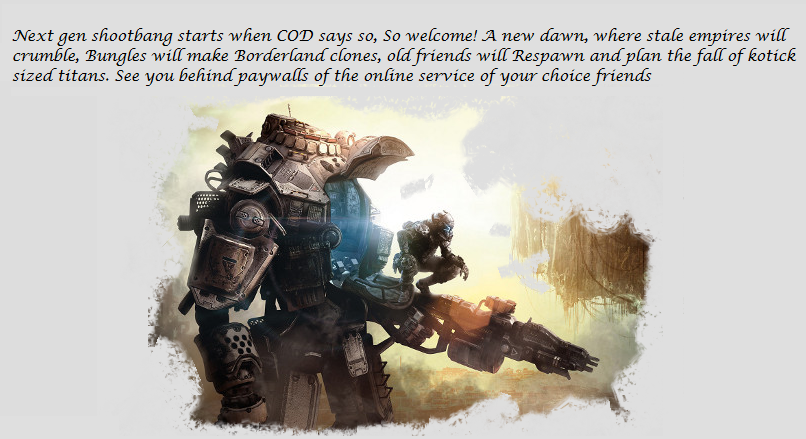 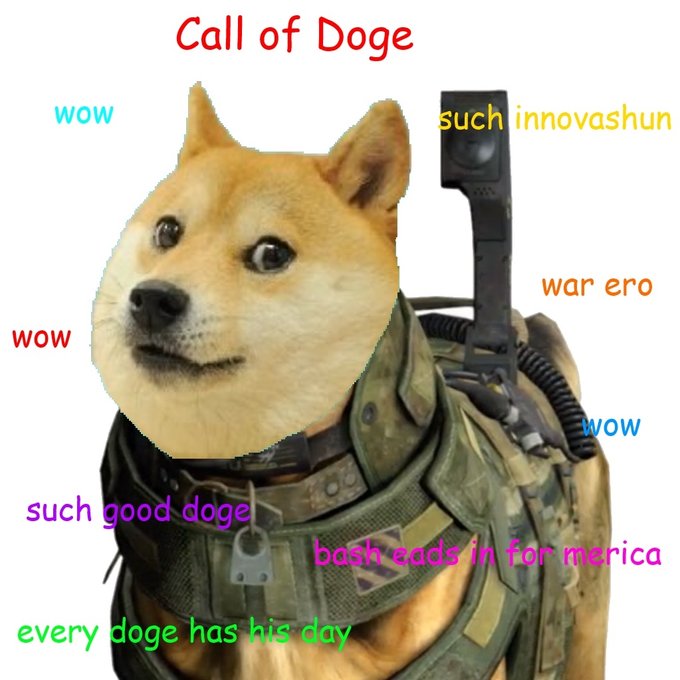 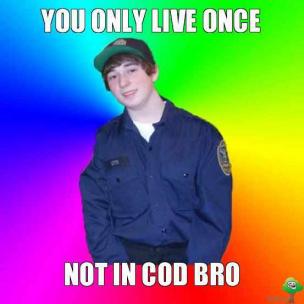 Came for the doge, stayed for the infinity ward.

I rate this OT higher than the game itself. Good job OP!
M

I will most likely get this later down the road for next gen.
B

call of duty! Yessss
A

I saw this pop up on the neogafnewthreads twitter ad absentmindedly clicked the link, only to have 'who let the dogs out' blast at 120 decibel through my headphones.

US PSN pre-load should be up any moment now...

It's already up on EU.
D

The OP both GAF and this game deserve :lol

As an actual serious note from the other threads people should be aware that it's only 2-player splitscreen, and Ground War/9v9 is only in next-gen versions. Apparently you have to spend $460+ to get the same 9v9 matchmaking we've had for years -_-.
D

This OP is pretty chill, bruh.

Wishmaster92 said:
I rate this OT higher than the game itself. Good job OP!
Click to expand...

I feel like I dont even need to play the game now. Not that I really planned on it.

what is going on in here?
O

Greatest OT ever, almost makes me want to buy the game.
O

reviews is like the greatest thing i've ever seen.

Any outlet that gives the graphics higher than 7/10 is a paid shill.

Lol at the gifs

Dog attacking heli has me in tears


Don't have a fancy gif to accompany that at the moment. If anyone can do the honors, I'd appreciate it.
D

OT for the game is likely better and more entertaining than the game itself.
L

The WORST and the best concurrently.
C

Hell yeah. I put the YouTube OT link on in the background while reading the topic. This is officially the highlight of my day.
P

Jesus, who let Lunchbox get dibs on the OT hahaha

That OT is awesome. :lol
K

Jackpot said:
Any outlet that gives the graphics higher than 7/10 is a paid shill.
Click to expand...

why? pc version looks nice and feature 4k textures and all that
G

My Steam pre-load is ready!
L

Need feedback on the PC version, but I'm interested.
S

I don't play CoD but I'm now glad I've clicked on this thread.

Great OT and I'm not even interested in the game.
A

Lunchbox back just in time.
H

Still deciding whether to go PC or PS4.
PC is PC so wins the graphics section by default.
PS4 has people actually playing some of the more niche playlists.
Y

Do we have any idea if the Wii U version of this is going to be on the eshop? for some weird reason, Black Ops 2 never was.
D

Does that multiplayer picture of the bros have added Chrommatic Abberation?!

.
You must log in or register to reply here.