Call of the Sea - Reveal Trailer

Call of the Sea is an otherworldly adventure game set in the 1930s South Pacific. Explore a lush island paradise and puzzle out the secrets of a lost civilization in the hunt for your husband’s missing expedition.
Click to expand...

Reactions: The New Guy, wordslaughter, Mr Moose and 11 others

Seems like a charming little indie, I dig it.
Reactions: PooBone, GnomeChimpsky, Hendrick's and 5 others

This looks good to me. I'd like to see more.
Reactions: CatLady and Murder187

Call of the Soy

Could be good. Will keep an eye on it.
Reactions: Murder187

I shall stay informed. And by informed I mean forget all about it tomorrow only to stumble over it close to release, say "OH THAT'S RIGHT! I FORGOT ABOUT THIS!" and be happily surprised. Looks interesting.
Reactions: RJMacready73

This was the only game shown at the xBox event this morning to make me want to know more.
all the other games had a drama drama grrrr dire dark bleak feeling. while this had at least some charm to it
Reactions: cormack12 and Humdinger

Water looked pretty and then they show the rest of the environments and shits looks so inconsistent aesthetics wise.
Reactions: Devilich

It looks interesitng! The title made me think it was going to be Lovecraftian horror but hey...I dig. I dig.

I liked this trailer. I will keep an eye on this one.

I forgot about this one and I really, really like this trailer. Again thanks for posting all these

Bullet Club since you keep reminding me about the games that interested me today.
Reactions: Bullet Club and JareBear: Remastered

So according to the Escapist Magazine this game is a Microsoft exclusive PC & Xbox (don't if it's timed or not) AND will be on Game Pass day1!!! I DO love Game Pass. 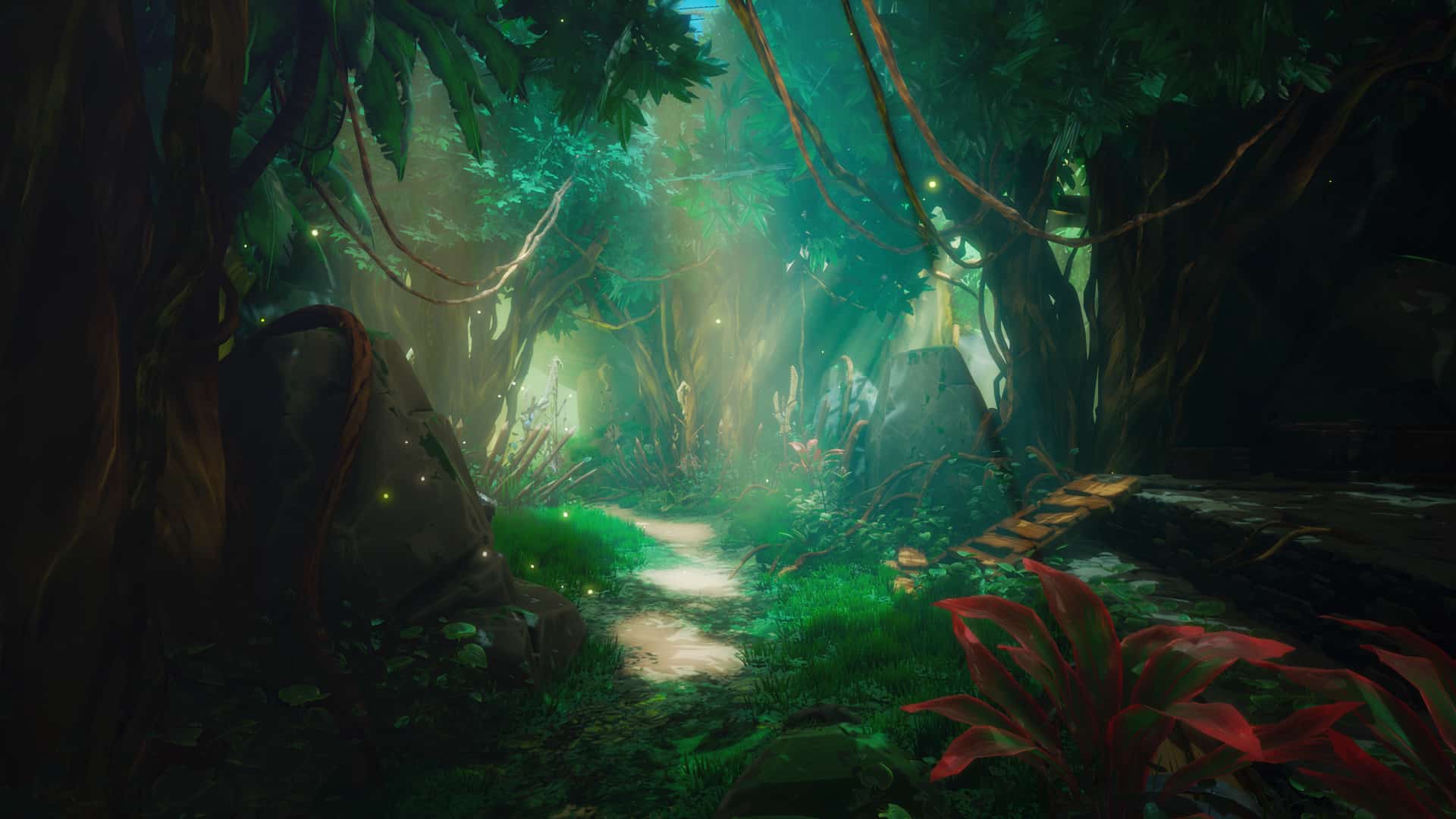 CatLady said:
So according to the Escapist Magazine this game is a Microsoft exclusive PC & Xbox (don't if it's timed or not) AND will be on Game Pass day1!!! I DO love Game Pass.

CatLady said:
So according to the Escapist Magazine this game is a Microsoft exclusive PC & Xbox (don't if it's timed or not) AND will be on Game Pass day1!!! I DO love Game Pass.

This game caught my attention. Could be a sleeper hit

I just wish it wasn't in first-person view

I really enjoy the graphics.

Q: What excites you most about developing and bringing Call of the Sea to life on next-generation hardware?

A: It is always exciting to see how old limitations are overcome and try to find new ones. The feeling of adventure when exploring something new is what we like best.

Q: In addition to benefiting from the power and performance of Xbox Series X for quicker load times etc. what Xbox Series X features were you most excited to explore leveraging in the development of Call of the Sea?

A: Without a doubt, benefiting from the power and performance of the new generation is something that everyone is looking for, but it is not the only thing that calls our attention. We believe that some features like Smart Delivery are building the future of gaming by putting the players first and we are happy to be a part of this.


Watch Major Nelson’s interview with Tatiana Delgado above for more on Call of the Sea.
Q: How will these enhancements impact a player’s experience with Call of the Sea?

A: With the Smart Delivery feature you’ll always have access to the best version of the game. Sharing settings and games between different systems. That makes you design the game thinking as a whole and not as something that is tied to a single platform. On the other hand the power and performance of Xbox Series X will allow us to offer the game at beautiful 4K at 60fps, leveraging the rich game environments and making the art really shine.

Q: Why did your development team choose to focus on 4K Resolution, 60FPS and DirectX Raytracing as enhancement areas for Call of the Sea?

A: We are focusing on delivering the most beautiful game possible. Although we have a stylized art style, we are giving it a next-gen look, full of visual effects and movement in the scene. With DirectX Raytracing, we will have the chance to make the island even more present, almost come to life. Players will have the opportunity to enjoy the island’s stunning environments in beautiful 4K, allowing for a greater immersion and an overall better experience.

The power of this new hardware allows us to not have to make compromises between frame rate and resolution. We can finally offer the best of the two worlds to Xbox Series X players!

Q: How do you expect fans of Call of the Sea will respond to playing it on Xbox Series X with these enhancements?

A: We hope fans are delighted by the visuals, spend more time in the game and enjoy exploring every corner of the island.

These enhancements will also allow us to tune the environments, weather, and make the environments evolve as the story does. We consider the island a character in Call of the Sea and enhancing all the visual effects helps us convey the player’s emotions in a fantastic way.

Q: What is it like developing on Xbox Series X?

A: We are still in the first stages of experimenting with the new hardware and we are exploring how far we can go. We are working in line with the advances in Unreal Engine, the engine in which we are developing the game, towards implementing them in the Xbox Series X version of the game. Both Microsoft and Epic Games are doing an excellent job of giving developers tools to make it as smooth as possible to develop on their platform.

Q: Which enhancement were you most excited about to explore leveraging for Call of the Sea on Xbox Series X?

A: The graphic power that allows us to show our scenarios in 4k at 60fps is something we are really excited about. Sometimes it allows us to take our visuals to where our only limit is creativity.

Q: What does Smart Delivery mean for your game and how you’re bringing Call of the Sea to fans?

A: We want our players to enjoy the game at its best, so we love the idea that those who have the game on Xbox One, can continue playing it on Series X when they will be ready to jump into the next generation. We love how easy it will be for players to do this transition without having to worry about their save game and game progression, as they will carry over between the two platforms. We love being part of this new norm as the generation shifts.

Q: What does Xbox Series X/next-generation development enable in current or future projects that you could not have achieved with the current generation of consoles? When it launches this holiday, Xbox Series X will be the most powerful console the world has ever seen. One of the biggest benefits of all that power is giving developers the ability to make games that are Xbox Series X Optimized. This means that they’ve taken full advantage of the unique...

South Pacific location, and you play as a Caucasian woman.......

DZ_b_EZ said:
South Pacific location, and you play as a Caucasian woman.......

If I rolled my eyes any harder at this, I'd get a good look at my esophagus.
Reactions: Stilton Disco

DZ_b_EZ said:
South Pacific location, and you play as a Caucasian woman.......

Why do you say this?

Every time Xbox showcases an indie game they promote it like its an exclusive or something when 99.9% of the time its also coming to Steam or its multiplat. So i guess thanks for the free advertisement? 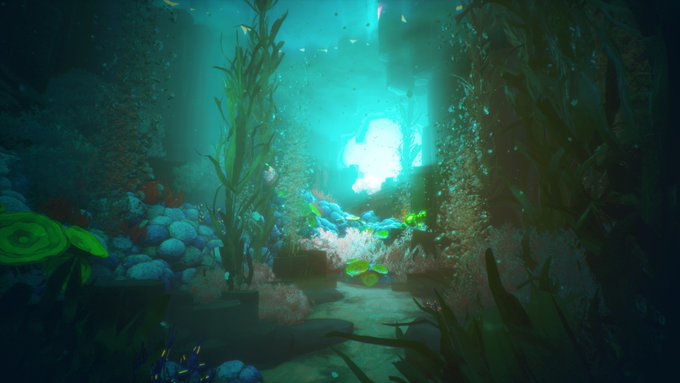 CitizenX said:
Every time Xbox showcases an indie game they promote it like its an exclusive or something when 99.9% of the time its also coming to Steam or its multiplat. So i guess thanks for the free advertisement?
Click to expand...

It is an exclusive when compared to the PS. All of the Xbox games are PC games first. This shouldn't be a surprise. This gen you'll see more PS games on the PC but not on the Xbox as well.
Reactions: CatLady 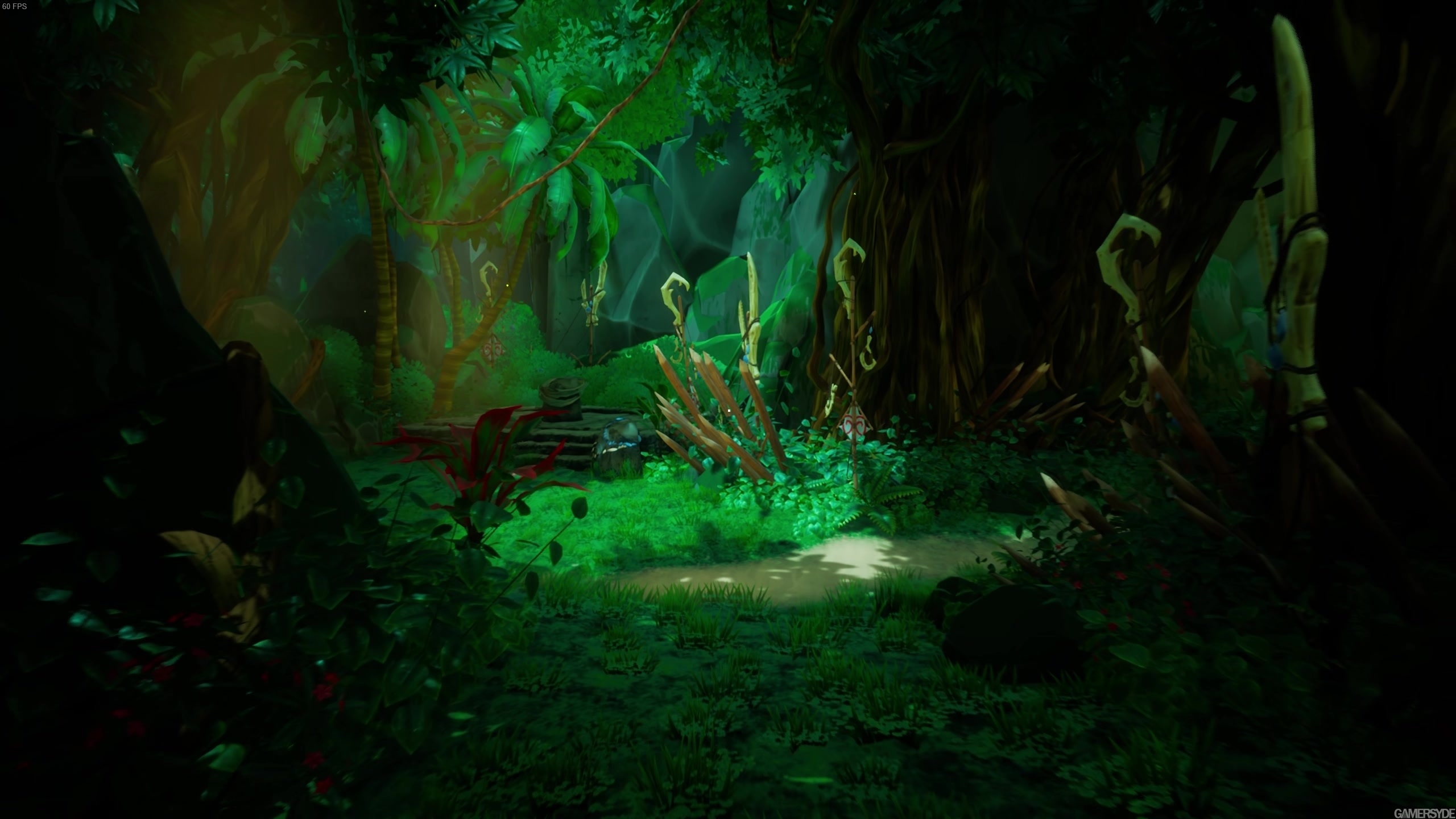 Looking forward to it. It’ll also be my first XSX game with ray tracing so will be interested to see it in action.

Looks good, and nice to see a game set in the classic pulp fiction era of the 30's, utilising all the awesome exploration and adventuring tropes that brings.

It was an incredible time, both birthing the modern era and running up to the 2nd world war, with the planet really opening up and sharing it's secrets between different people's and countries in a way we'd never been able to before, but with the dark clouds of destruction just starting to show their shadows.

This game caught my eye a few weeks back. I'm going to watch a Let's Play of it though. It seems like one of those games I'll enjoy watching someone else play rather than playing it myself. Might sound weird to some of you guys, but that is how I feel about these type of games. It's on Xbox too I just realised, so I can't even play it anyway. Looks really cool.

I'm crap at puzzles, so watching someone else figure it out is my jam.

Looks fun. I just finished Eastshade a couple of days ago and loved it, this looks like it may be sort of similar.
J

is that the sea of thieves engine?

looks stunning.
You must log in or register to reply here.

Call of the Sea Review Thread