I think it's like to ask if they will make paintings like Mona Lisa again. Today there are small number of good pixel artists, and I think there isn't nobody out there with the level seen in the best 2D Capcom or SNK games. I'd love to see more 2D pixel art fighters, but I think it's going to be impossible.


JonnyMP3 said:
Just to annoy more people!
I never knew this was released on the Switch.

Looks very ugly. When they announced Super Street Fighter II Turbo HD Remix it sounded like a good idea because their comics and artbooks are great, but I think Udon never should have worked in a Capcom game. Capcom must stick to their japanese artists, who are way more talented.
Last edited: Aug 12, 2020
Reactions: Nymphae and Godzilla Emu
S

Danjin44 said:
You can still count on Vanillaware to make beautiful 2D games.
Click to expand...

Their latest game has like 5-7 tower defense fights at best all in 3d. Everything else (mostly story text dumps) is in 2d I guess?

SLoWMoTIoN said:
Their latest game has like 5-7 tower defense fights at best all in 3d. Everything else (mostly story text dumps) is in 2d I guess?
Click to expand...

I watched the gameplay for 13 sentinels: aegis rim and I'm personally digging the gameplay, it similar to Zero Escape games which I also really enjoyed.

The game just looks absolutely gorgeous! both the character design and background art. 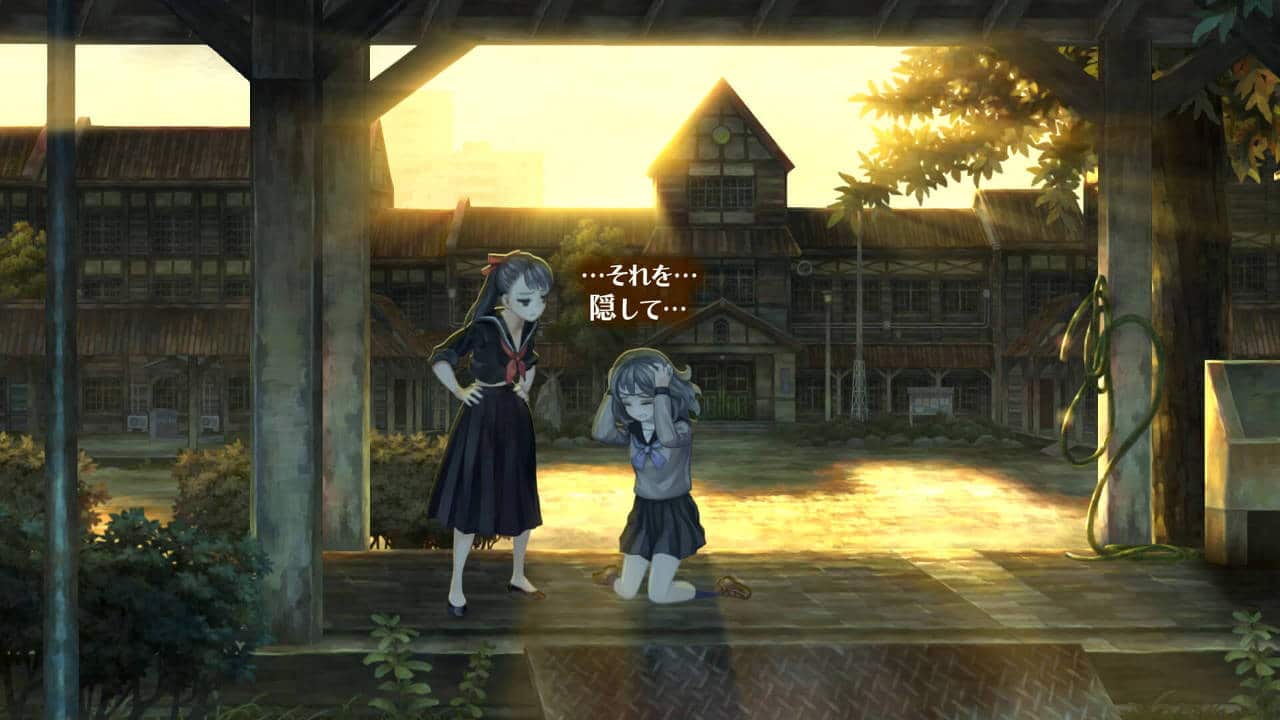 Yes! Bring back the Pixels!!
Reactions: Belmonte and NeoIkaruGAF

After seeing what guilty gear can do there is no need at all for pixel art.
Reactions: Pejo

just give me Arc System Works style any day

SLoWMoTIoN said:
2.5 is the future for most fighters outside FRENCH bread and smaller doujin devs.

We’ll only get 2D fighters again if someone goes indie, or the developers of Street of Rage 4 decide to do it, or Vanillaware decides to give the genre a try.

In the meantime Imma play on my Neo Geo Mini.

I have been playing a bunch of old fighting games lately and yeah, I miss the likes of SNK and Capcom old games, they will always look so well... As some of you said I think it's hard we ever see again a big title doing pure 2D, so I think Arc System Works is showing the way to go with Guilty Gear, Db FigtherZ and Granblue which are all truly beautiful games
Reactions: Belmonte

Belmonte said:
I saw an interview where the Guilty Gear team explained why they decided to switch to 3D. It wasn't just because well animated 2D is a laborious and difficult task but it is because the public doesn't value 2D as much as 3D. It feels cheaper for them for some reason.

As a 2D fan, specially classic Capcom games, I find this depressing. IMO Street Figher Zero has the best art style in the franchise and Street Fighter III the best animation. Darkstalkers, Marvel Super Heroes, Gem Fighters, Vs series are wonders if you don't mind pixels.

I appreciate a lot what Arc Systems is doing in the Guilty Gear series. Instead of using 3D to make the task easier, they did to add some cool camera angles with an art process as laborious as doing 2D, perhaps even more laborious since they need to adjust the image frame by frame in the software. Their results are incredible but I would love to see what today's artists could do with high definition animations.

Skullgirls have beautiful, well made animations, Cuphead is a huge success, Streets of Rage 4 proved that there is space for traditional animation in brawlers. Do you think there is space for 2D in big fighting games also? I would love to see it in Street Fighter VI but I don't have much hope.

Considering Marvel vs Capcom Infinite made my eyes bleed, I hope a future sequel will bring back 2d sprites

Bryank75 said:
Love the 2D style.... I really wish MVC went back to it too. It really lost a huge amount of its charm, authenticity and the strong comic book connection when they went to 3D.
Click to expand...

100% agree. The late 80’s and 90’s art style for Marvel was best for the 2d fighters.
MVC 3 and 4 lacked the soul. Whereas 1 and 2 looked like they came straight from the comics and Cartoons I loved.

ARc and King of fighters 13 looked good (better than 14 ) but apart from that, I miss the old 2d style fighters. Alpha series, Vs series, Capcom vs SNK, SF3, KOF etc. Bring it back damn it.

I really hope Street Fighter 6 art style is more 2d looking/Alpha/3rd strike like. IF not even Arc - KOF 13 style would be good
Reactions: Belmonte and Guardian's Light

I approve of this thread.

On top of that, new character DLCs means some animation have to be added for old characters to be properly match with whatever new moves the DLC characters introduces, like SFIV's Hakan.

They should try to made a game with voxel based characters to resemble old 2D graphics. 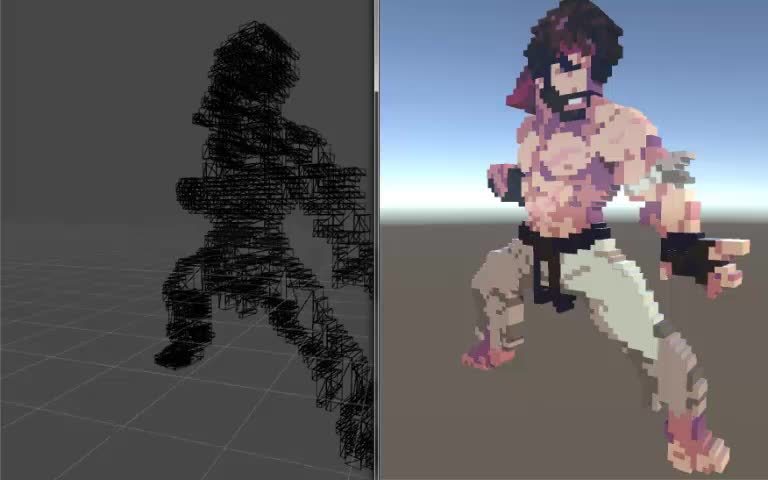 yurinka said:
Looks very ugly. When they announced Super Street Fighter II Turbo HD Remix it sounded like a good idea because their comics and artbooks are great, but I think Udon never should have worked in a Capcom game. Capcom must stick to their japanese artists, who are way more talented.
Click to expand...

Yeah I'm actually not a fan of the HD remix game at all aside from the awesome remixed music. The drawings look nice but something about it just doesn't feel right in motion.

Umbral said:
I’m now fan of whoever the hell she is.
Click to expand... 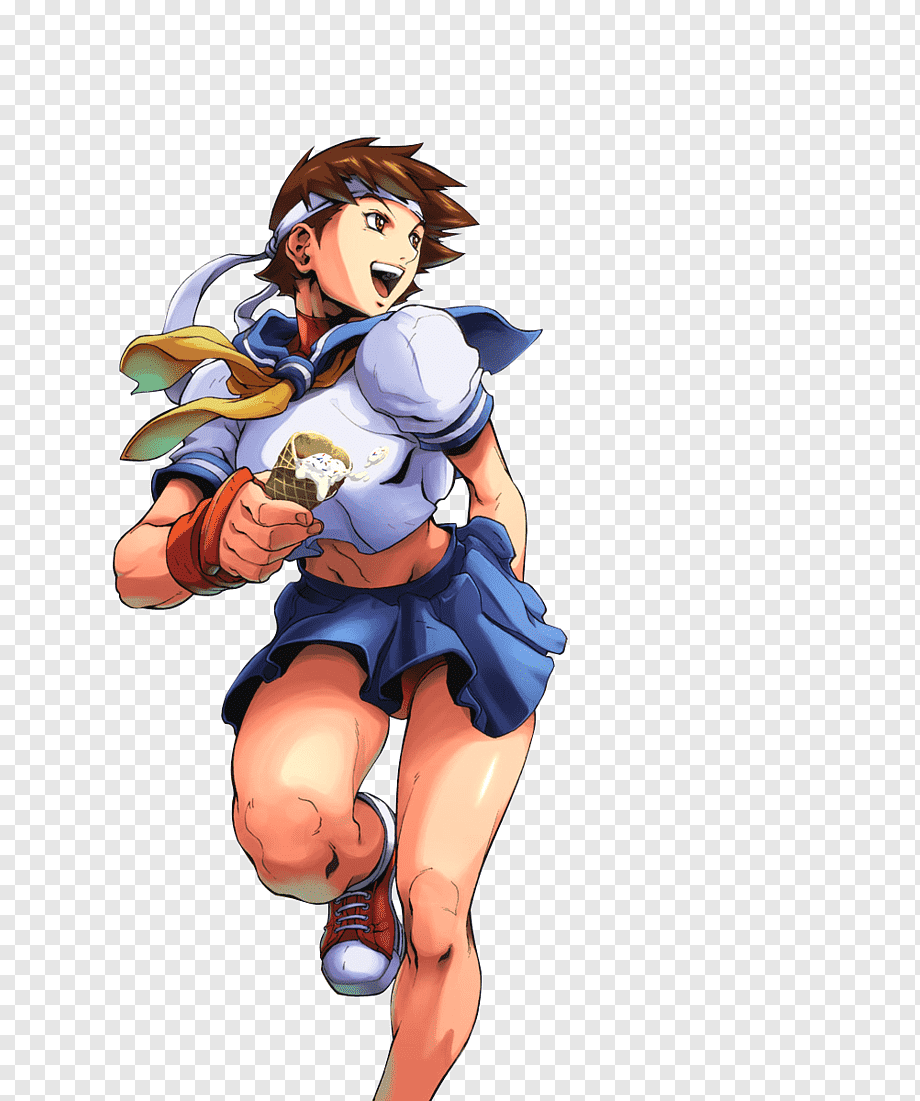 Nymphae said:
Yeah I'm actually not a fan of the HD remix game at all aside from the awesome remixed music. The drawings look nice but something about it just doesn't feel right in motion.
Click to expand...

Yep, the game got some good things. One of them was the music, to play Super Turbo on modern consoles, and with some sort of online (which is way better now than back then) and some of the gameplay rebalances they did.

Yes. 2D art holds great basically forever, but now we need stuff at least in the quality of Garou

Or even in the level of Wario Land Shake It

Yes I want 2D pixel art sprite back. Will it happen ? Not sure.
Reactions: Belmonte

King of Fighters XIII and Metal Slug - The Thread

And still the greatest....Street Fighter the Movie, game.
You must log in or register to reply here.

What was the best fighting game that defined this generation?

Apr 28, 2021 started The Gorby Congressmanz
May 11, 2021
eastcoastkody
2 3
The 3DO is a great system with an incredible library of games. A recommendation thread. (Gif img heavy)