These are a cancelled Indiana Jones game by Core Design.
It was a re-skin version of the cancelled Tomb Raider: 10th Anniversary Edition that Core Design was developing soon after TRAE was cancelled.
“Artbase” contains the main core of the assets – locations, character models, tools used for development, geometry etc. This is currently the most complete collection of assets.
The “levels jan 2006” archive contains certain level files that have different timestamp from those in “artbase”. They could be exactly the same files, we currently don’t know but think it could be important to preserve all the versions for historical value.

these are a cancelled Indiana Jones game by Core Design. It was a re-skin version of the cancelled Tomb Raider: 10th Anniversary Edition that Core Design was...
archive.org 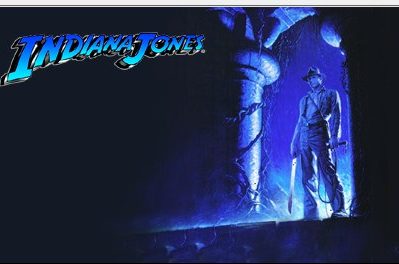 2020 was one hell of the year for us all and I think it’ll be great to end it with positive news.

it reminds me of that:

Why is Indie green?

Why is it themed after national treasure

edit - I'm talking about the prototype youtube videoes at the bottom, the stupid twitter embed didn't load for me until after refresh. Agreed,

Allnamestakenlol , why tf is he green lol

Cheers for posting this, I'm glad I've seen this. I remember when that 2007 "preview" video came out! I was blown away by the use of Euphoria, but I guess GTA IV beat them to it.

The animations in this are genuinely great in many parts, the running during the action sequence was kinda goofy but to be honest if they made the running better I'd say that sequence looked better than anything we got in TR 2013, which was fucking 5/6 years later ffs. The bits where you run away from collapsing stuff are the worst in TR 2013, its so far removed from the quality and polish of what they were copying (Uncharted 2) that it really should've been cut down to a cutscene and it would've been an overall improvement.

I wish we got this instead of the Tomb Raider reboots now ha, the 2013 game was good at the time for me because I like a lot of the elements that make up the game. It felt fresh combining that genre with metroid elements + the TR theme, there were niggles I had with it that are much worse on replay. I'm going to give Shadow of the TR a go since its free on PS Plus but I don't have really high hopes because I lost interest in Rise.

The facial animations in the cutscene were really good for 2007/8. The way Indian's face contorted is top notch uncanny valley, which was all you could really hope for at the time since texture detail, materials and occlusion/lighting weren't at a level yet where you'd start climbing the other side of the UC valley.
Last edited: Jan 2, 2021
Reactions: Ian Henry and P.Jack

That 2nd video is worth a watch. They really missed an opportunity didn't they? It's like ND took the torch and ran with it with the Uncharted series.
Reactions: Ian Henry, P.Jack and Kuranghi

I hope Indy does a slow motion flip onto a ledge where his ass is in prominent view for a second
Reactions: TKOFromTokyo

That's kind of cool - never realized this was even a thing.

That said, I'm glad we ended up getting the TR Anniversary game that we did. Still my favorite in the series.
Reactions: Darak, CamHostage and KyoShiRo330

Core got kinda fucked over by Eidos, but in the end I'm not sure the studio had much more to give, and the Anniversary that Crystal Dynamics did was one of the best games in the series. The last two things Core did were Chronicles and Angle of Darkness.

I'm okay with how things went. Now, if we could only get a Tomb Raider III Anniversary...
Reactions: Cravis and KyoShiRo330

I remember playing Tomb Raider on Saturn. It was a magical next-gen experience.
K

Dude! Both the cancelled indy and Tomb Raider games look like great fun. Especially if they'd have released at the time. Not everything has to be about graphics.
Reactions: Ian Henry and Stilton Disco

Allnamestakenlol said:
Why is Indie green?

Edit: All but his hands, hat, and belt? Lol
Click to expand...

Hella interesting. The vids remind me of Uncharted 4. The hook on the car would've been some next level stuff back then. Crazy this almost came out
You must log in or register to reply here.

Community Retro A lost Tomb Raider remake has resurfaced, and you can play it