Cartoons that were good yet canceled

Definitely Undergrads. I bought the DVD after catching one episode on Comedy Central. What a shame.
G

One thing I hated is when they canceled a cartoon before they could conclude a on going story. Off the top of my head I can remember Dungeons & Dragons, Ulysses 31, Jayce and the Wheeled warriors and more recently Samurai Jack that all ended without an episode to close the story up with. Stupid execs have no sense of closure. :/

Edit: Ahh shit now I have the Jayce theme tune stuck in my head again.
S

I know this one isn't a classic, but I always enjoyed Chalk Zone on Nickelodeon lol.
B

You got Moxie, kid! 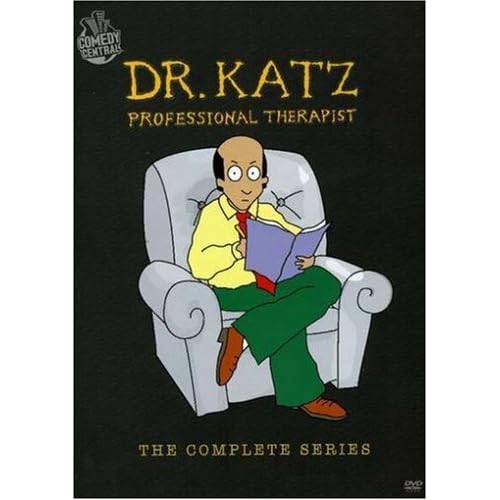 One of my all-time favorite shows - "Dr. Katz, Professional Therapist." It's an unusual show in several ways. For starters, it's not actually animated. The show uses "Squigglevision," an early computer "animation" trick that involves still pictures with squiggley outlines. It gives the show a unique look (later used for the first few episodes of "Home Movies," which is by the same people) that makes some people sick.

Another interesting aspect is the use of "retroscripting," also later used in "Home Movies." Basically, each episode had a rough outline drawn up ahead of time, but the actors improvised almost all of their dialogue. This was all edited together to make the story arc for each episode. Lines of dialogue or complete scenes were then scripted and recorded to tie things together. The show ends up feeling like improv because, well, it is, but with the bits that didn't work trimmed out. This "tightly edited improv" (seen in Christopher Guest movies, some scenes in "The Office" (American), or all of "The Office" (British)) technique gives the show a unique feel that I really love. The funniest bits aren't the jokes (Jonathan Katz has a real love for bad jokes), but rather the conversations that the characters have.

Each episode also involves a comedian appearing as one of Dr. Katz's patients. Most guests end up doing their stage act, with a varying degree of interaction with Dr. Katz. This half of the show is kind of hit or miss - some comedians are funnier than others. For me, the real meat of the show is the other half, in which Dr. Katz interacts with his son, Ben, his receptionist, Laura, and his buddies at a local bar. There's something very silly and surreal about these conversations (particularly when Ben is involved), but they're also surprisingly sweet. It's hard to describe, but I really identify with the idea of humor as the basis for close relationships (my family works like this).

Comedy Central started releasing DVDs of each season a few years ago, complete with hilarious commentary by the cast. After season 2, they decided to just release everything in a single box set. It's great to have all of the episodes, but none of the later seasons got any commentary. Still, it's nice to have all of the episodes (for 85 bucks at Amazon) - I spent years slowly tracking them down in college.

It's a series that slowly grows on you. The later episodes focus more on Dr. Katz and Ben, providing the show's best moments. My wife initially hated the series, after watching part of the first season. It was only when we jumped ahead to the 4th and 5th seasons that she fell in love with it. The Thanksgiving episode, in particular, is a family favorite. We watch it every Thanksgiving.

If you like "Home Movies," give "Dr. Katz" a try. It's by all of the same people and has a similar feel or sensibility, or whatever.
B

how are you, B!TCH? How is your day going, B!ITCH?

This one reminds me of Totally Spies.

Ninjzz just reaffirmed my deep seated childhood affinity for ninjas. No one fucks with that dude.
Click to expand...

So annoying. Many of these shows either had an ending/had no more eps, THEY WEREN'T CANCELLED!! If you love them so much do research before you post!!! Argh!!!

For instance:
Legion of Super Heroes - not picked up (basically cancelled), had a semi-proper ending
World of Quest - Cancelled after two seasons.

And what bugs me ... this is still airing in many places but not in the U.S. to my knowledge:

Jayce and the Wheeled Warriors!

Ninjzz just reaffirmed my deep seated childhood affinity for ninjas. No one fucks with that dude.
Click to expand...

Damn i forgot all about that show, i remember loving it as a kid i mean who doesnt like Ninja Robots???? Unless they are in Robocop 3!!!!
G

King Arthur and C.O.P.S.
edit: holy shit at Bots Master, that shit was amazing.
B

GDGF said:
I used to love Galaxy High. I still tell people that I'll catch them on the flip side because of that show:lol 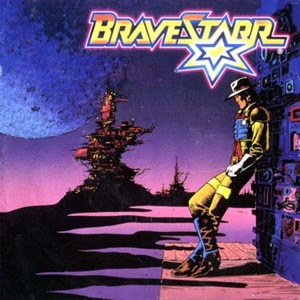 Has anyone mentioned Bravestarr yet? I l dug the hell out of this show. Had a great theme song, too.

I used to love Galaxy High, I'd forgot all about the dyke-y Centaur gym teacher, that was pretty subversive :lol

Bravestarr was by the same animators as He-Man wasn't it? I remember the figures were much bigger than most, I had the green bartender, (Handlebar?), his arm had an action where it would fling a plate. :lol
E

While I'm still pissed that Darkwing Duck ended as soon as it did, I'm even more pissed that Disney didn't release the entire series on DVD. We got the first two seasons, but they never released season 3! There's like 33 episodes that never got a DVD release and it's some of my favorite ones! >_<
G

The Frankman said:
For instance:
Legion of Super Heroes - not picked up (basically cancelled), had a semi-proper ending
World of Quest - Cancelled after two seasons.

And what bugs me ... this is still airing in many places but not in the U.S. to my knowledge:

Is that the mutant offspring of a dog and a baboon?
M

Johnny Test airs on cartoon network all the time.

My problem with older toons is that they felt cheap. =/
D

BitchTits said:
I used to love Galaxy High, I'd forgot all about the dyke-y Centaur gym teacher, that was pretty subversive :lol

Bravestarr was by the same animators as He-Man wasn't it? I remember the figures were much bigger than most, I had the green bartender, (Handlebar?), his arm had an action where it would fling a plate. :lol
Click to expand...

Saber Rider and the Star Sheriffs I fucking loved this show

I think those are the repeats, though. No new eps. since the "series finale" last fall.
T

fuck yea! the theme song still gets me everytime. the whole soundtrack is on heavy rotation on my playlist

Would LOVE a hi-rez version of this picture

What was the name of the original Japanese show it adapted?
W

^ Good choice. Why in the world didn't Korgoth get picked up? The pilot was hilarious.


The Frankman said:
And what bugs me ... this is still airing in many places but not in the U.S. to my knowledge:
Click to expand... I used to watch Extreme Ghostbusters cause of that girl.

I kind of liked shoalin showdown but haven't seen it aired in a long while, well not a new season anyway.
D

Made an agreement with another GAF member, refused to honor it because he was broke, but then had no problem continuing to buy video games.

- Invader Zim. I'm glad we got the DVDs (and the amazing boxset)

I don't know if these were canceled or simply had a very little number of episodes planned:

Eh, it had a pretty good run, all things considered.

djtiesto said:
Bump in the Night was another one:

galaxy high.... damn... I had COMPLETELY forgotten that!
B Great show. like early Rugrats and Hey Arnold in that they could be enjoyed by anyone, any age.

I don't think any of the Spielberg toons were canceled save Freakazoid and Pinky and the Brain.
D

smurfx said:
king arthur and the knights of justice
http://www.youtube.com/watch?v=VNjhbOH8m2U
Click to expand...

That intro was so epic, good times.
Never found the dvd's :<