Available now through Steam, Chat Filtering allows people to customize the language they see from others on the platform. The new Steam feature takes the chat filtering we built for games like CS:GO, Destiny 2, and Dota 2, and moves it into Steam for a customized experience that is consistent across supporting games, the Steam desktop client, web, and mobile chat experiences.

By default, strong profanity and slurs from people you don't know are now obscured in Steam Chat and supporting games. You can set your preferences to turn this off, or to control whether you want the default filters to also apply to chat messages from your Steam Friends. You can also select the type of language that is filtered. And because each player’s tolerance for difficult words is unique, we’ve included the ability to add or remove words to form your personal filter. You may also upload lists of words or phrases from other sources, enabling groups and communities to work together to define and share your own sets of language guidelines. We believe this level of control is especially important given that language is constantly evolving and is used differently among various communities around the world. With Steam chat filtering, we've made sure you can choose to filter language as much as you want, or not at all.

Read on for more background regarding these features.

Why filter chat on Steam?

Steam’s community of players engage with one another in games and online in all sorts of meaningful ways, whether in multiplayer matches, chat with Friends, group chats, or broadcasts. Most of the time, players' interactions are positive, friendships are formed, and everyone benefits from sharing our love of gaming with one another.

But some of the time, people have negative experiences on Steam due to their encounters with others whose tolerance for various forms of language differ from their own and in the worst case, bad actors. A playful match can quickly turn to a heated competition full of emotion and expression, some of which crosses a line. But where is that line? We've found the answer is different for everyone, and it even depends on who the difficult language is coming from.

How can we help players protect themselves from encountering online behavior which makes them feel uncomfortable, or worse? Steam’s parental controls can help players remain safe with adult supervision. But those of us who go online without these features in place join a world that is just like the real one, full of exposure that can result in experiences both positive and negative.

For those of you who engage with Steam online, we have invested in systems for store and community content moderation, which are enabled by default. Content available on our store is reviewed for accuracy in reporting titles of various ratings. Profane and hateful language are obscured in forums, user reviews, and user comments. Potentially inappropriate imagery posted to the Steam Community is blurred preemptively by default, when detected by image recognition or reported by users. Reports of abusive users are moderated and resolved, as appropriate.

While we continue to develop longer-term solutions in this space, Steam users are in search of ways to specify their own tolerance in the face of online communication which crosses their personal line. So we have built a simple system to filter strong profanity and slurs in chat.

What will I experience with Steam chat filtering enabled?

Any commonly used strong profanity and slurs will be obscured when sent from people you don't know via chat. These words will be replaced with symbols. By default, Friends’ chat text remains unfiltered, though users may indicate they wish it to be included.

Note that our filtering does not catch all profanity and slurs. If you see a word you wish you hadn’t in chat, adding it to your custom filtered list will help us improve our filtering for all Steam users while immediately updating your own experience to avoid seeing that word again.

Now that you can identify these words in chat, why not ban them outright?

While we do ban profanity and slurs from being displayed in more public places like user reviews, comments, forums, and broadcasts on Steam, we do not want to outright block user text in chat, but rather, let users choose what they see from others.

We know marginalized groups can reclaim language for themselves, and we don’t want to stand in the way of them from doing so when chatting with one another on Steam. Additionally, feedback from our Labs experimentation corroborates that context matters, and that strong language is often received differently when shared among Friends. So players have an option to obscure profanity and slurs from their Steam Friends, but we’ve disabled this by default.

Where is this filtering applied?

What's on your filtered lists, and how did you decide?

We built our English lists from a variety of sources, then searched for instances of them across a large sample of in-game chat. Based on this sample, we've found that by filtering variants of the top 5 most commonly used strongly profane or hateful words, we can eliminate about 75% of profanity and slurs used in chat. Over 56% of the instances of profanity or slurs found in our sample were a variant of f***. Another 10% of them were variants of s***. Another 10% were instances of potty-mouth schoolyard language we've chosen not to filter as strong profanity or slurs. The remaining 24% of the instances were strong profanity and slurs we found to be used commonly enough that we've also added them to our lists.

We will continue to refine these lists based on the words you choose to allow or block on Steam.

How can I customize my filters?

Visit Community Content Preferences in your Account Preferences. Here you can indicate your preferences for viewing difficult language, include messages from Steam Friends when filtering these things, and enter words to always or never filter, or upload lists to do the same.

F U Steam, how do I turn this thing off?

If you'd prefer to see strong profanity and slurs, you are free to disable some or all of these filters, or otherwise customize them as you see fit.

How did you decide this was a good idea?

We’ve created these features in response to user and partner requests, and worked to understand user response to them by first experimenting in Steam Labs. Now we’ve widened our audience to all Steam users, we'll continue to refine these features based on your feedback.

I'm a game developer. How can I leverage Steam chat filtering in my game?

Check out our Steamworks Chat Filtering API Documentation for information about how you can take advantage of Steam chat filtering in your game. 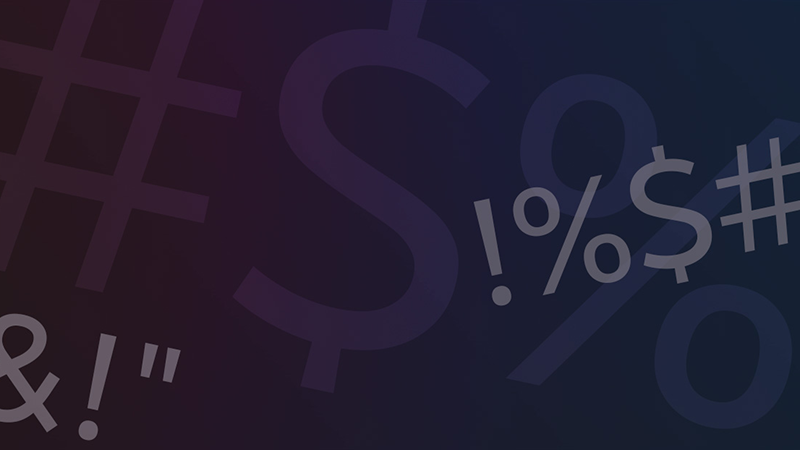 lmao snowflakes getting triggered by words.
I will intensify my trolling out of principle.

People melting down in chat always amuses me, it's good that they're not banned outright so I can enjoy it. If I ever become soft, I can turn on a filter. Choices are cool!
Last edited: Oct 7, 2020

So, how can I access and disable that bullshit from the Steam client?

CrysisFreak said:
lmao snowflakes getting triggered by words.
I will intensify my trolling out of principle.
Click to expand...

If you actually read the OP this question is answered, almost as if they've gave people the choice.
Last edited: Oct 7, 2020

YCoCg said:
If you actually read the OP this question is answered, almost as if they've gave people the choice.
Click to expand...

The OP, and the first answer I got, have links that send you directly to your account preferences in Steam's browser interface. I was asking about how to access those settings directly from the client, since to use that method I would have needed to login again in the browser, which would have required me to go get my phone to get the code from SteamGuard, instead of just opening the client and do it from there. I just couldn't remember where the account settings were hidden, but found them now.

Thanks for the answers though, at least you guys were trying to help.

It's nice that they give the option, but they really should have turned it off by default instead of on.

Anyway, nothing to see here.
Just some snowflake protection.
C

So now I stop getting called a 'Beta cuck phaggot' Can it also filter out all the catfish on Steam now?

This data was the best thing to come out of this effort.
Last edited: Oct 7, 2020
You must log in or register to reply here.