The Kiernan Shipka starrer will wrap its run with "part four" later this year.
Netflix is wrapping up another show.

The streamer announced Wednesday that Archie-verse drama The Chilling Adventures of Sabrina will end when it returns later this year for "part four."

“Working on Chilling Adventures of Sabrina has been an incredible honor from day one. The cast, beginning with Kiernan as everyone’s favorite teen witch, has been an absolute joy. I am beyond thankful to the crew, writers, editors, assistants, and everyone for pouring so much love into this dark dream of a show,” said showrunner Roberto Aguirre-Sacasa. “I’m also grateful to our partners at Netflix, Warner Bros., Berlanti Television and Archie Comics for letting us tell the story we wanted to tell, the way we wanted to tell it. We can’t wait for everyone to see part four.”

The decision to end Sabrina wraps a particularly rough few days for Aguirre-Sacasa, whose Riverdale spinoff Katy Keene was canceled at The CW after one season and whose ABC pilot The Brides was passed over. The prolific showrunner and Archie Comics content chief still has a lucrative overall deal with producers Warner Bros. TV and the fifth season of Riverdale, his first series, coming back to The CW in 2021.

Sabrina, like Riverdale, was originally created for broadcast. Riverdale was first developed for Fox and moved to The CW, while Sabrina was designed as a spinoff for The CW it moved to Netflix with a two-season, 20-episode order. The series moved to Netflix after Riverdale became a monster hit for The CW thanks in part to new audiences finding the show's first season on Netflix and returning to the broadcast network for its second.

The show was renewed in late 2018 for "parts three and four" — aka seasons three and four — as part of a 16-episode order. Sources note that Netflix splits up seasons into two parts for select shows as part of a budget-conscious approach to select programming. While Netflix, like other streamers, does not release viewership information, Sabrina's first "part" had a favorable 80 percent audience score on Rotten Tomatoes (and a 90 percent among critics). After its first three parts, it now has an 84 percent rating among critics and a 69 percent with viewers.
Click to expand... 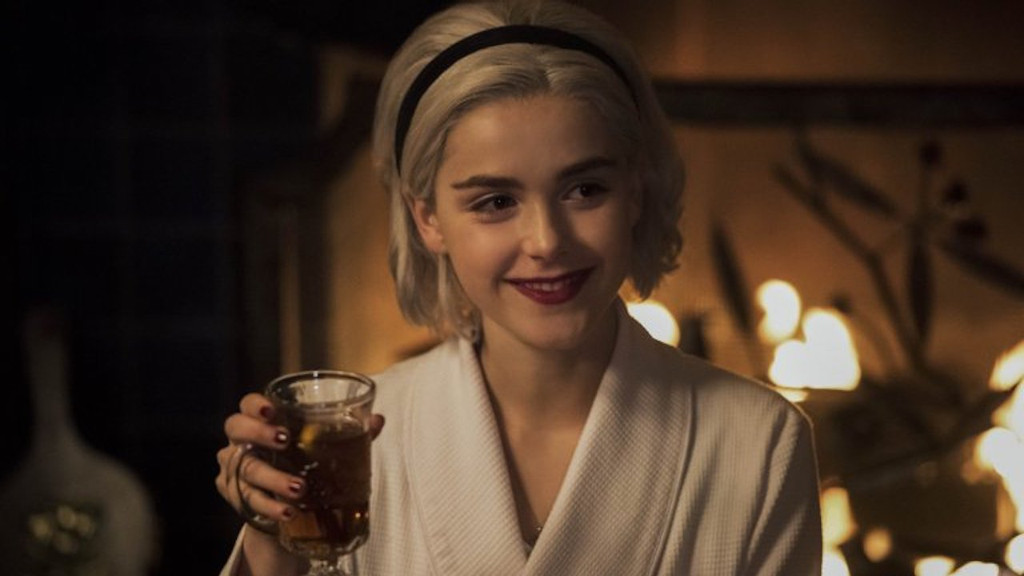 www.hollywoodreporter.com
Reactions: MiyazakiHatesKojima, Skyfox, Stitch and 2 others
B

At least we're getting Part 4 but seriously. Love this show.
Reactions: Keihart

Reactions: Shambala, Snaggletooth, MiyazakiHatesKojima and 19 others

I've always kinda wanted to watch this tbh. Is it like Buffy at all? She's just a witch that... does Witch things? I know it's based on the recent comic run - correct?

TeezzyD said:
I've always kinda wanted to watch this tbh. Is it like Buffy at all? She's just a witch that... does Witch things? I know it's based on the recent comic run - correct?
Click to expand...

The wife will be disappointed since she liked this show quite a bit.

The show lost me in its terrible first few episodes, I assume it got better? Felt like it lacked a soul and any sort of humor or self reflection. Dark for the sake of being dark without any light.
Reactions: teezzy

The honeymoon period is over folks, Netflix have been losing money and now cater to what brings in ratings, they're now a normal TV network, they must be so proud! But yeah it's why you'll see less of shows like this and more "FLOOR IS LAVA!"
Reactions: Devilich, Whataborman, Canadian Maniac and 1 other person

Did it get better past the first episode? I remember trying to get through the first episode, couldn't get past Shipka's wooden, stilted delivery. Tried to like it, honestly, but it wasn't happening.

They made a new Sabrina??? LOL no. Who watched this? Why?
Reactions: Devilich

I'd love to see a series about Sabrina Salerno... 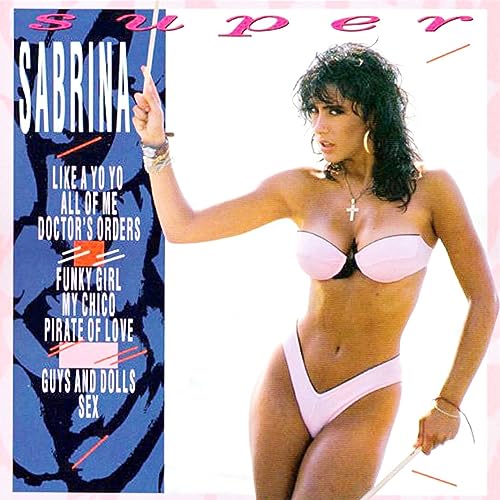 From the trailers I thought I would like the show. I couldn't make it passed the second episode. 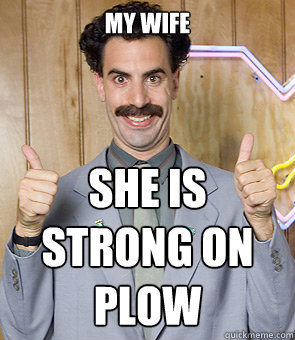 Is this the same woman? 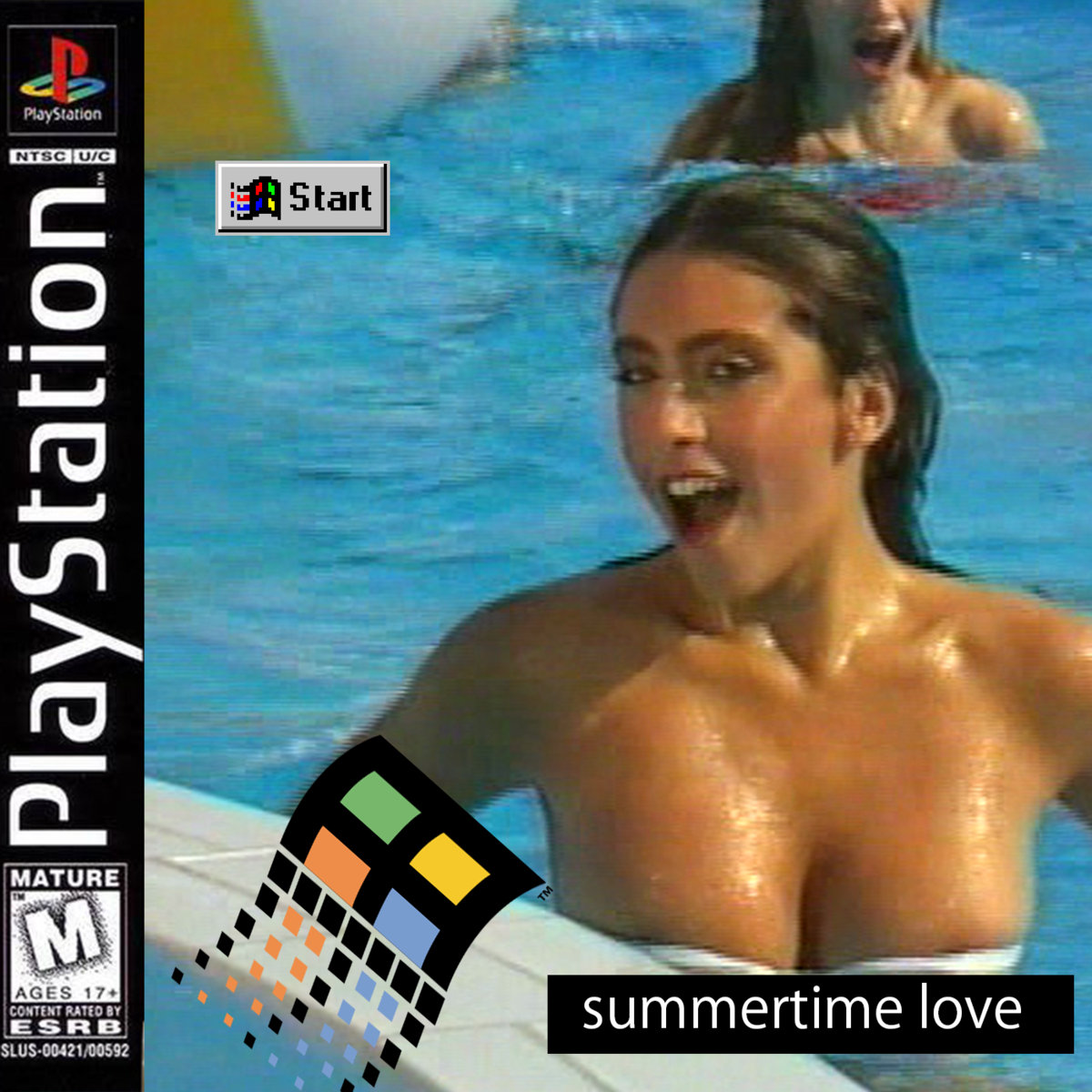 Netflix cancels originals when contract deals kick in and they become more expensive.

brap said:
Is this the same woman?

She made her whole career being in a swimmingpool showing her tits. 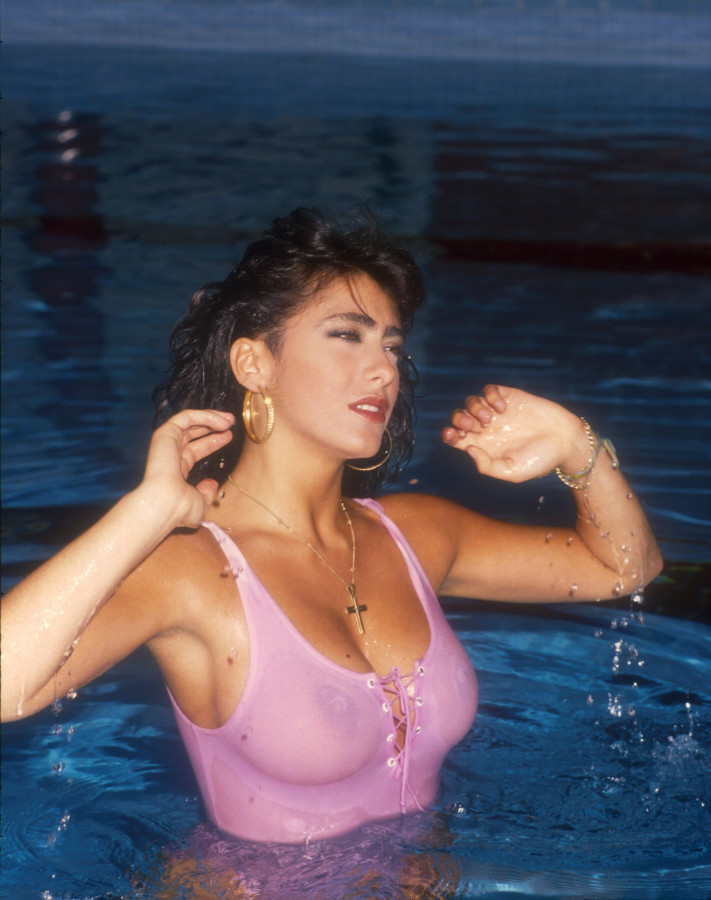 Reactions: Smiles and Cries, Insane Metal, Sakura Doritos and 4 others

^ My uncle did the same exact thing.
Reactions: DKehoe, GreyHorace and -Arcadia-

TeezzyD said:
^ My uncle did the same exact thing.
Click to expand...

I think we need a bit more explanation here..
Reactions: GreyHorace and -Arcadia-

The man has nice jugs
Reactions: NeoLed, Insane Metal, Kadayi and 3 others

Netflix cancels originals when contract deals kick in and they become more expensive.

There's still a difference. Netflix promoted Sabrina quite well, but Santa Clarita Diet's marketing was non existant. I remember they didn't even advertise it on their main page when the last season arrived.

But yeah, it's strictly a business for them. Some shows will have their storylines stretched even if they should've ended with one or two seasons, some will be ended prematurely because otherwise they'd become too costly.
Last edited: Jul 9, 2020

Bahahahahahaaa... I actually had a good hardy laugh when they mentioned toppling the White patriarchy and the dude is like "wait, what?" and then just obediently nods as the conversation continues. LOL. A lemming of a person. The ideal male.
Last edited: Jul 9, 2020

I can't stand the actress so never watched this.

The original sabrina serial tv was the shit tho.

One of the most famous italian sex symbol.
I had a gigantic crush when i was little.
Last edited: Jul 9, 2020
Reactions: Naibel and Stiflers Mom

Show is garbage and a waste of Netflix's resources imho.

Yea that video is just disgusting.

my wife will be disappointed

she loves the worst trash

Between shows getting shit-canned early or running on for so long that they become terrible (GoT) I don't see any point in watching TV.

That said, i would like another season of Gilmore Girls and Veronica Mars

Watchout, someone will post that wonderful JPG of a neckbeard fat guy saying that and they will ridicule you. lol (and they think they meme hard).

Seriously though. I loved the show at the beginning - it did have a good premise, but it started to get insufferable after a while with all the virtue signaling SJW crap. Good riddance.

Gashtronomy said:
Between shows getting shit-canned early or running on for so long that they become terrible (GoT) I don't see any point in watching TV.

Not the same kind of show, but Ozark is pretty good and it hasn't turned to shit until now (in the middle of season 2). I highly recommend it.

watched this with the wife and thought it was decent.

although while not being religious, i really enjoy demons/angels/occult shit

And nothing of value was lost.

There's only one Sabrina 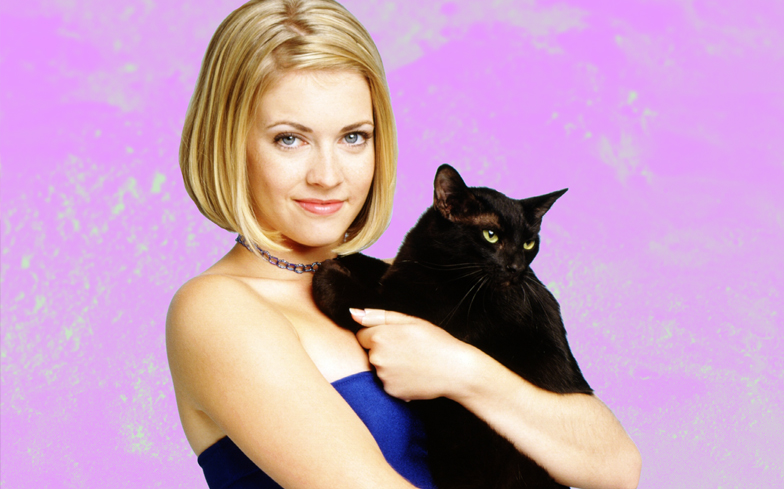 God I had such a fucking crush on her as a teen
Reactions: GymWolf, Ikutachi, Insane Metal and 9 others

I had the sense not to even click on a single episode.

I did enjoy the original Sabrina show though.
Reactions: MrS

I liked the first season even with the at-your-face-wokeness but the last season the girlfriend and I just gave up on as the plot became boring.
Reactions: lock2k

YCoCg said:
it's why you'll see less of shows like this and more "FLOOR IS LAVA!"
Click to expand...

This is good. The show will hopefully wrap up with a conclusive ending. I think the quality has been progressively declining but it is still fun to hear "Praise Satan!" 20 times a show

This lady was a mom of a like 20 some year old dude. Blew my mind.

Sabrina is a trash virtue signaling piece of shit show and I'm glad it's done.

Pejo said:
This lady was a mom of a like 20 some year old dude. Blew my mind.

Sabrina is a trash virtue signaling piece of shit show and I'm glad it's done.
Click to expand...

It was unbelievable, lady is in better shape than her two late teen kids.
Reactions: #Phonepunk# and Stitch

I think that one is on David Fincher.

They teased BTK and that psycho kid for 2 seasons, and now its all over.

Season 1 was pretty good. I lost interest pretty much right after that Christmas special or whatever that was. They could have made the show a lot better if they focused on the horror/adventure aspect, and less on the school drama/boys.
Last edited: Jul 9, 2020

Futaleufu said:
They teased BTK and that psycho kid for 2 seasons, and now its all over.
Click to expand...

I’ll wait as long as necessary...

What? Mindhunter has been canceled?
Reactions: Insane Metal
A

Despite the obvious SJW virtue signalling, this show is the complete opposite in executing the plan. Sabrina is a narcissistic lesser villain and the witches themselves are again a range of Chaotic to Lawful Evil, having commited crimes like rape, cannibalism, child murder, and even intended combos like incestuous rape.

The weird conflict between the SJW intentions while also portraying gay people as sinners that make it easier to be possessed by demons and whose souls actually end up in hell is the WTF that keeps me watching the show.

Its like a mobius strip of virtue signalling and my mind is constantly trying to sort it out. Too bad its cancelled.

YCoCg said:
But yeah it's why you'll see less of shows like this and more "FLOOR IS LAVA!"
Click to expand...

I'm totally okay with this because the show is stupid fun
Reactions: Reptars Revenge

For some reason, I thought it was Sabrina the Teenage Witch. Damn I'm a boomer.
You must log in or register to reply here.