China Is Nintendo’s Secret Weapon in War With PlayStation, Xbox

The Switch, distributed in the country by entertainment titan Tencent Holdings Ltd., has sold more than 1.3 million units this year through both legal and gray market channels, according to market tracker Niko Partners. That’s almost double the combined sales of the PlayStation 4 and Xbox One in the period, pushing up the Switch’s lifetime China sales to nearly 4 million.

When compared to Microsoft and Sony, Nintendo has the best chance to seize the China market because its game characters and franchises are already well-known among Chinese consumers,” Ace Research Institute analyst Hideki Yasuda said.

LTD already outsold PS4 and Xbox One in China. Keep it up Nintendo!
Reactions: thismeinteil, dV8tR, M1chl and 9 others

There’s nothing that won’t eventually be controlled by China. We’re all doomed.
Reactions: DrAspirino, Touch fuzZy. get BizZay, xiskza and 1 other person

They'd have to sell a lot of consoles. Chinese GDP per capita is actually pretty low.

If they sell to just 1% of China....
Reactions: DrAspirino, MrFunSocks and kruis

How long until China overtakes jp in Console sales?

With all the Japanese 3rd Party support Switch is going to get and the way Tencent is investing into Marvelous and Platinum games, Japanese game makers might hit the jackpot in the next few years. China is set to become Switch's 3rd biggest market in the World, and this will cause a major shift for companies which get the majority of its sales from the Asian market,


This is one of the reasons I've always theorized that 2021 Switch sales >2020 Switch sales, and estimated that next year we would be heading towards >33M sales for the Switch:

Where do you expect the Switch lifetime sales to end up?

I think it will surpass 150 million when all I said and done. It will be the most successful console if all time. This thing is absolute nuclear on the charts.

So as expected 6M was a conservative estimation for the Quarter.


Next year Q1 and Q2 will probably be up YoY, due to COVID this year they couldn't supply enough to meet demand even for the New Horizon launch. There are also additional markets where they will continue to see the growth that Nintendo entered this year, for example recently it was noted that Switch is catching up very quickly to the PS4 in China, they are already the dominant dedicated platform in Taiwan and South Korea, re-entered Brazil a few months ago etc. The new consoles will not impact them while PS5 will have subpar performance and support in Japan. The vast majority of Japanese 3rd Parties will be reluctant to support the new consoles as it means taking pretty substantial gambles - Square Enix for example really underperformed this quarter because of Marvel's Avengers, unless Sony or Microsoft are footing the bill - I don't see them rushing to support next-gen. Bandai had a bunch of PS4 exclusives this year and all underperformed, while Sega hasn't really built an audience on the platform in any meaningful way and despite this Mario & Sonic at the Olympics is probably their biggest game in over a decade.

Overall this holiday Quarter and next year will be full of mid-sized and huge third party games, which will be especially impactful in Japan, this year the Top Selling 3rd Party games on the Switch in Japan will be Momotaro(Konami), Age of Calamity(Koei Tecmo), eBaseball(Konami), Minecraft(Microsoft).
Starting November we are finally starting to see the type of support we should expect for the platform that has close to 90% of the Dedicated Video game market in Japan. A lot of mid-sized efforts, starting with SMT III, which launched this week with >50K sales on the Switch. Also a fair few exclusives for the Platform,

Nintendo entering an unprecedented dominant position in Japan, where there is no successful Playstation console or portable, so some third parties might not even bother porting their AA to the Sony ecosystems. PS5 will see a further decline from the PS4 and a lot of PSP/PS Vita focused studios have already transitioned to the Switch.
The situation on the Japanese market is entering a pretty substantial shift especially for Capcom, Koei, Marvelous, Konami. Next year there will be a multi-million-selling game in Monster Hunter Rise, which will catapult Capcom to the Top spot as far as 3rd Parties on the Switch. Momotaro, and Age of Calamity will be the biggest games for their Publishers in Japan for over a decade. Marvelous has made a full shift towards the Switch and Olive Town and Rune Factory 5 are likely to be the biggest games in those franchises. Atlus will get a big push by Nintendo for SMT V. Bravely Default 2 will see growth compared to its predecessor and should have no problems surpassing 2M sales WW.
This will impact the rest of the Asian markets which are already trending pretty heavily towards Nintendo, and we still don't know what will launch as far as 1st Party and 2nd Party titles from Nintendo and Pokemon Company. Pokemon Snap for example could be a pretty big hit, Bayonetta 3 should be pretty close to being ready to launch. Breath of the Wild 2 would probably have the highest launch in the franchise's history.

So to me, it seems that Switch will be close to flat in Japan next year, will have its peak year in Asia, will probably see expansion in some developing markets, while in the West the holiday season might give us an idea of what to expect in 2021.
Personally, I think 2021 will be the peak calendar year for the Switch, this year there was huge demand that could not be met, New Horizon & Ring Fit Adventure will continue to attract new audiences over the holiday and into 2021, while Monster Hunter Rise, steady releases of 3rd Party games, and most of all hardware supply will ensure that in Q1 and Q2 are up YoY. Q3 will be either flat or down but I don't see how there isn't a huge holiday game on the Switch next year. Whether it's Breath of the Wild 2 or something else remains to be seen. But this year Nintendo are in an unprecedented situation pushing a Koei Tecmo game for the holidays, so Koei is in a very fortunate position and Breath of the Wild 2 will likely help Age of Calamity remain relevant into 2021.

Lionel Richie is a commie.

Lionel Richie is a commie.

I for one welcome our chinese overlords

Lionel Richie said:
I for one welcome our chinese overlords
Click to expand...

Go back to Mexico.
Reactions: zcaa0g, M1chl, xiskza and 1 other person

My hope is that Japanese mentorship and Chinese capital will produce fun and innovative big budget games to compete with the boring, ugly, and pretentious big budget games of the West.
Reactions: thismeinteil

MiyazakiHatesKojima said:
Go back to Mexico.
Click to expand... 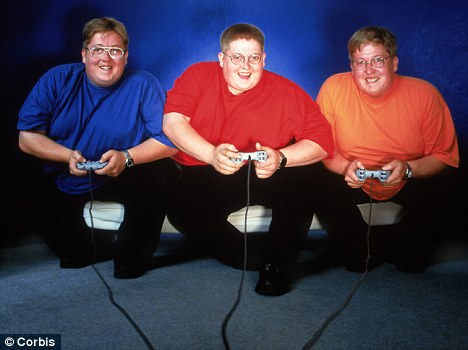 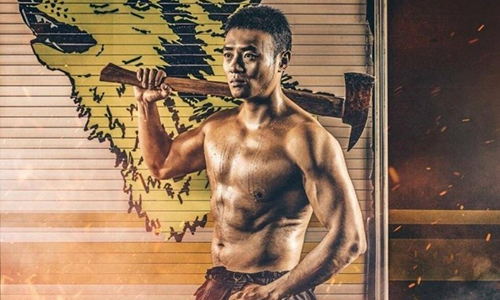 For the chinese market is pretty good. We're talking about a market where mobile gaming reigns supreme.


I think Nintendo will double down on the Chinese market. They're just like the japanese in that regard, they love the portability. The amount of people I see playing on their phones here is fucking crazy.

But that also brings the question if a separate machine apart from their phones is tempting enough.
Reactions: DrAspirino
M

Remember when Xbox One was supposed to hit that 1% adoption in China?

Well this time it might happen actually since 1300k would be 10% of that target in a year.
F

There's a war?? Who started it?

China fundamentally lacks a real going culture, so the more mature oriented products of Sony and MS may struggle more than Nintendo if they can get in and popular with kids there
M

There are plenty of console gamers in China. PS4 and xbox are home consoles, of course you won't see people playing them on bus and subway.

SLoWMoTIoN said:
Kojimbo is a brit.
Click to expand...

I'd google "average brit" but I don't want to give myself the Super AIDS.
Reactions: hybrid_birth, Woopah and SLoWMoTIoN

Mike Zhang said:
There are plenty of console gamers in China. PS4 and xbox are home consoles, of course you won't see people playing them on bus and subway.
Click to expand...

There's actually plenty of pc gamers in china, not console ones. Mobile and PC reign in China.

Games like PUBG, Overwatch and LoL are their go-to games.

Lionel Richie said:
I'd google "average brit" but I don't want to give myself the Super AIDS.
Click to expand...

Jan 6, 2021 started Bodomism
Jan 6, 2021
Marcus Aurelius
2 3
Opinion Rumor Thoughts on the murmurs that Sony is winding down SCEJ and Japan side of things?