From The Hollywood Reporter:

With his Batman trilogy now complete, Christopher Nolan has found his next project.

According to multiple sources, Nolan has set his sights on a sci-fi project titled Interstellar, which he will next direct and produce. The project involves time travel and alternate dimensions in a story that sees a group of explorers travel through a wormhole. The script is based on scientific theories developed by a Kip Thorne, a theoretical physicist, a gravitational physicist and astrophysicist at Caltech.

Sources say that dealmaking has been underway for months and is described as very complex.

Interstellar is set up at Paramount but would be made by both Paramount and Warner Bros., where Nolan and his Syncopy banner are based and for which he has made the three Batman movies as well as Insomnia and Inception. (The Prestige was made for Disney.)

Steven Spielberg was previously attached to direct Interstellar and produce with Lynda Obst. It is unclear if Spielberg will remain involved, especially considering the director's planned next movie, Robopocalypse, was delayed indefinitely on Wednesday.

Regardless of how a deal shakes out, Interstellar has all the elements that seem to attract Nolan. Apart from his brother&#8217;s involvement, there is the complex and multi-layered nature of the story.

Nolan is repped by WME and Bloom Hergott.
Click to expand...

I can always use more time travel movies in my life.
N

Let me jump on this here bandwagon.
M

Apart from his brothers involvement, there is the complex and multi-layered nature of the story.
Click to expand...

will the poster feature a man facing away into space with his back pointed at us?
E

You have my sword!
T

He can cast Tom Hardy as the robot because you know, his acting...
C

Glad to see this in the hands of Nolan and not Spielberg. It always seemed to fit Nolan better.
C

Into my veins!
P

With Nolan at the helm, I'm guessing we'll see all the usual suspects in this film then?

it must be really fucking awesome to work with your brother like that.
R

We need to go deeper
into space.
D

Nolan tackling time travel? Count me in! Haven't disliked a single film of his and just recently found new appreciation for Prestige, now I put it ahead of the Batman films tbh.
A

Glad both work on this
G

purg3 said:
With Nolan at the helm, I'm guessing we'll see all the usual suspects in this film then?
Click to expand...

I'm sure JGL is a lock. He needs to bring back Guy Pearce though. I always liked that guy.
I

-COOLIO- said:
will the poster feature a man facing away into space with his back pointed at us?
Click to expand...

After the horrible night I've had, this news has made everything better.

Guy Pearce is already in line.....at the theater to buy a ticket.
X

Will be amazing.
A

Has cult-hit written all over it.
Can't wait.
C

purg3 said:
With Nolan at the helm, I'm guessing we'll see all the usual suspects in this film then?
Click to expand...

He always adds new faces with each film. Now if Fassbender is involved GAF will go critical.

hopefully this makes up for his abomination
J

Nolan revived Interstellar. He has redeemed himself for TDKR.
V

Alright people. Start hedging your bets on the cast.

Cotillard and MyCocaine for sure.

Huh, never knew Disney produced The Prestige. Also Robopocalypse got delayed? I thought they were about to shoot on that.

Cillian Murphy should in it. He should be in everything.
E

DMczaf said:
Guy Pearce is already in line.....at the theater to buy a ticket.
Click to expand...

Guy Pearce definitely needs to act in another Nolan film. Memento still my favourite of his.
A 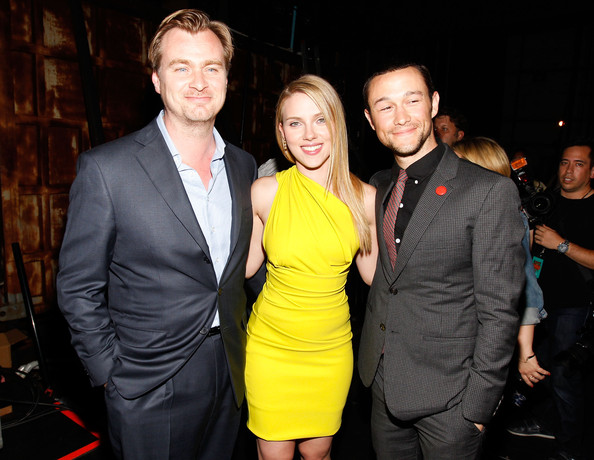 Endo Punk said:
Guy Pearce definitely needs to act in another Nolan film. Memento still my favourite of his.
Click to expand...

I'd love to see Hugh Jackman in this.
M Guy Pearce and Cillian Murphy all over this bitch.

Can never get enough of time travel films, especially one by Nolan.

Just announce the same actors he has in all his films and it'll be icing on the cake.
C

Had me at Chris, day 1 with his brother at the helm of the script.
V

Alright, Bale, Jackman, JGL, Cotillard, Hardy, ScarJo, who am I missing here?
A