Kurdel said:
Cryptic were extremely ambitious. I wonder what their projected sales for Crysis 3 and Ryse were...
Click to expand...

Doesnt matter really, they were not getting royalties from copies sold from those games.

Pretty good decision from Crytek, but they need to still trim some fat. They probably still have at least 200 employees over their budget.

And they have no possibility to go completely under, CryEngine is still very profitable for them, especially when they started selling it to movie studios as a pre-production tool:
http://www.fxguide.com/featured/cryteks-cinebox-an-update/

Isn't the undead corpse of Factor 5 still shambling along, too?
B

Shit, the ex-Vigil employees are getting no luck. I hope for the best.
I

I would imagine the Austin guys will end up at id or Retro.
T

Man, those Vigil folks have been through the ringer. Hoping for the best for them.
F

Seems like Deep Silver always wins when studios need to sell.
A

I feel like Crytek use to be a cool small PC dev.. next thing they started chasing that console dream.. expanding like crazy and then boom shit hit the fan.
J

Instro said:
I would imagine the Austin guys will end up at id or Retro.
Click to expand...

People have been leaving Crytek Austin ever since payment troubles started.
Q

More from jschreier. Most of the Crytek USA staff already left over a week ago because the weren't paid.

This afternoon, Crytek announced that they had downsized their Texas-based USA studio and moved development of the free-to-play co-op shooter Hunt: Horrors of the Guilded Age to their main offices in Frankfurt, Germany.

What they didn't say is that Crytek USA's senior staff, including studio head David Adams, quit over a week ago because they weren't getting paid, according to people familiar with goings-on at the company.

As of last week, the bulk of the studio&#8212;which employed 30-35 people&#8212;was gone, and as a result of their departure, Crytek was forced to shift development of Hunt (pictured above) to their Frankfurt office
Click to expand...

And a few days ago they were almost diminishing the claims that their financial situation is bad. They sure as hell screwed up by switching to F2P and console exclusive games after having expanded that fast and to that extent.
S

Quentyn said:
More from jschreier. Most of the Crytek USA staff already left over a week ago because the weren't paid.

...Nordic are you okay
B

As happy as I am for Crytek UK to go straight into a new studio, I feel for Vigil. They just can't catch a break.
S

This is fucking awful, but Im really hoping that Nordic picks up ex-Vigil guys, and this is the perfect opportunity
D

I REALLY hope the ex-Vigil developers get another chance somewhere, it's frustrating to see such good talent always undermined by bad management.

Hopefully Nordic contracts the crew to do Darksiders 3.
C

Good to hear that the UK guys are being hired but shame for Austin/Vigil, I was hoping to see what they were cooking up since Darksiders.
D

I cant wait to see the new QTE finishers in The Hunt.
V

Silky said:
Just wait for the IP buyout, friend. We all know it's coming.
Click to expand...

And let deep silver usher in a new age of arcade fps's. All according to keikaku
H

Why does it seem some people are happy about this? What did Crytek do?
H

Was kind of looking forward to Hunt. It looked fun in the E3 gameplay vids.
But if development is now handled by a team who had nothing to do with the original development I don't have much faith.
L

I'm glad Homefront made it out of this. That game has potential.
M

Cervat Yerli said:
With Warface, Arena of Fate, and Hunt, we believe we have the perfect portfolio and teams to make that happen.
Click to expand...

Really? Is there anybody at Crytek who can tell Mr. Yerli that nobody gives a shit about those IPs?
F

I hope Crytanic is unsinkable
M

I hope other Texas devs like Arkane, id and Retro pick some of these guys up. What a horrible situation.
K

Wow it's all happening now huh?

Gutting to hear about Crytek UK. UK Game Dev is lean enough as it is. But thankfully Deep Silver has stepped in. Major props to them investing in UK game dev and not taking it somewhere else. Actually gives hope for this game again and shows how serious Deep are about game development.

As for Crytek their mismanagement now is clearly massive. You can tell from the last few years they have been chasing the apparent "next big things" with magpie eyes when forgetting the thing that actually got them there was making actual games instead of free 2 play, game streaming and whatever else they chased. My thoughts go out to everyone affected by this and I hope they all land somewhere good sooner rather than later.
B

Glass Rebel said:
I hope other Texas devs like Arkane, id and Retro pick some of these guys up. What a horrible situation.
Click to expand...

From the sounds of things, they might have already done so before most of this ever leaked out.
K

I'm kind of in awe that companies keep buying the Homefront IP.

Gosh Austin's game development scene seems really tough for new people who want to start a job in the field. Seems like you're working for not too long then your entire division is liquidated. I ask y'all, if I am a young designer is Austin a stable enough job community to uproot everything and move there over another city in the U.S.?
D

What about the employees' unpaid monies for the past few months ? Are Deep Silver footing the bill for that?
S

(Posted in the Deep Silver thread, I thought it was this one, so cross-posting)

Not sure if I'm reading this right, but this sounds...interesting.

Crytek will retain a presence in Austin, with several staff members maintaining the CRYENGINE support team to assist North American licensees. Employees who are not set to be part of that support team will be invited to apply for new positions at Crytek in Germany.
Click to expand...

...I can apply to move to Germany to work for a company that just fired me, after not paying me for a few months? Uhh, thanks but no thanks.
S

shacklesmcgee said:
(Posted in the Deep Silver thread, I thought it was this one, so cross-posting)

Not sure if I'm reading this right, but this sounds...interesting.

...I can apply to move to Germany to work for a company that just fired me, after not paying me for a few months? Uhh, thanks but no thanks.
Click to expand...

Do (did) you work for Crytek Austin or were you being hypothetical?
S

Steverulez said:
Do (did) you work for Crytek Austin or were you being hypothetical?
Click to expand...

Just was laughing at the thought, reading the press release.
F

Glass Rebel said:
I hope other Texas devs like Arkane, id and Retro pick some of these guys up. What a horrible situation.
Click to expand...

They already have been.
S

Just was laughing at the thought, reading the press release.
Click to expand...

Haha, fair enough. It is the sort of thing that would probably seem difficult to comprehend although people need jobs so I guess its worth trying if they were prepared to move to Germany
G

BigAl1992 said:
From the sounds of things, they might have already done so before most of this ever leaked out.
Click to expand...

fenners said:
They already have been.
Click to expand...

That's great to hear. I hope they are more lucky at their new places. It's been a rough few years for the ex-Vigil guys.
S

Can't imagine the desperation Vigil Games devs must be feeling, seriously this is messed up.

Best of luck to all affected.
U

My company moved into the old Vigil office.. it was weird.

Sorry to see those guys get hit with this again.
M

Crytek CEos are pricks. Assholes. I hope all of those who lost their job will rebound. 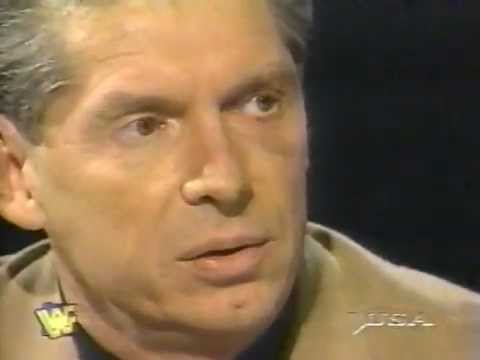 But good that some people will get new jobs asap

First they bought Vigil and the Homefront IP and months later they're selling it?
Doesn't sound like great management + planning.....

Retro's HR department sure has quite the work cut out for them.
You must log in or register to reply here.