German studio Crytek has become the latest developer to start discussing what it would like to see from the next-generation of consoles, saying that 8GBs of RAM should be "a minimum" for the next-gen.

"My finger-pointing at Microsoft/Sony would really be on the memory side," said Crytek's principal graphics engineer Tiago Sousa while discussing with Eurogamer the problems the team encountered when developing Crysis 2 for console.

"It's way too low, and the biggest crippling factor from a visual perspective. I would really like to see next-gen console platforms with a minimum of 8GB."

Current generation consoles, of course, have significantly less. Xbox 360 only has 512MB of DDR3 RAM, and while PlayStation 3 has the same, only 256MB is allocated towards video memory. The remaining is put towards system resources.

To put that into perspective, the PC version of Crysis 2 requires at least 2GB of RAM, and 3GB if you're running it on Windows Vista.

Both Avalanche Studios and Battlefield 3 developer DICE have discussed next-generation consoles in recent interviews, with the latter saying that it is "desperate" to see a new generation.

A successor to the Wii is heavily rumoured to be unveiled at this year's E3. But with Sony and Microsoft hoping to extend the life of their current consoles via recently released motion controllers, we wouldn't bet on seeing a new Xbox or PlayStation any time soon.
Click to expand...

No way that's happening. I'll be shocked if we get more than two gigs of RAM.
P

Wouldn't 8GB in a game-centric machine be equivalent to WAY more than 8GB in a PC?
J

RoboPlato said:
No way that's happening. I'll be shocked if we get more than two gigs of RAM.
Click to expand...

I would be shocked if we get a gig.
O

I support this cause!

My Post from a few weeks ago on another website said:
after seeing the new GPUs with 3GB of Vram for Computers & knowing that no devs is going to put that GPU to full use any time soon because they have to make games that work with all types of GPU / CPU & memory setups I think I'm ready to see the Next Gen of Home Consoles start.


Edit: & before anyone think I'm crazy for thinking we can get a console with 6GB ram & 3GB VRam just remember how big of a jump consoles take each time they make a new one besides Nintendo with the Wii.

yeah I know that's not how it goes because the PS2 used Embedded DRAM for the Vram & switched over to a cheaper / slower type of Vram for the PS3 so it's not going to be a 64 X fold this time around but still we can see like 3GB of VRam if the consoles make big jumps like they did last time around.

Edit: & maybe I am crazy for this one but I would like to see Sony go back to the PS2 memory set up & have maybe 6GB of main ram & 512MB of fast Embedded DRAM
Click to expand...

I want a Ferrari
I

Why's this in the least bit ridiculous? memory has been the big pain this generation, if we're going with decade console life cycles then it's not an unreasonable request.
M

What the heck do they need 8 gigs for?

I'm struggling to imagine a game that will actually need 8000 megs of memory to run, and fit in with acceptable game budget limitations. Maybe some massively spanning sandbox game, but FPS or 3rd person games?

Perhaps I don't have the required imagination.
L

If you do the (linear) maths from one console generation to the next, technically we should be lined up for about 8GB, but by that logic PCs should be rocking 32GB of RAM or so.

To put that into perspective, the PC version of Crysis 2 requires at least 2GB of RAM, and 3GB if you're running it on Windows Vista.
Click to expand...

Who knows what kind of memory games that far down will take...
P

8gb seems like a good benchmark since the gen will probably last as long as this one if not longer. it's totally overkill in a console now but why not "futureproof" the consoles a little bit more?
H 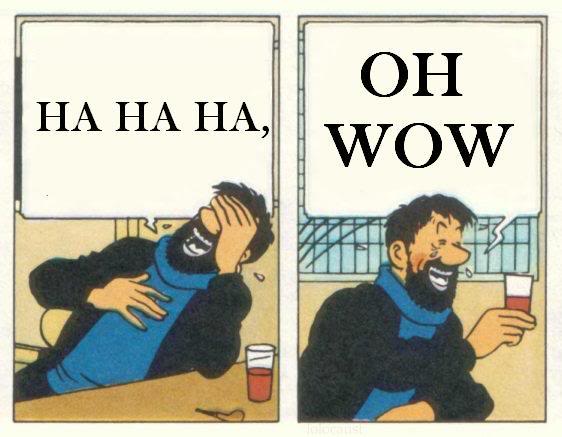 It's nice to want things.

Seriously though it's not feasible, I think we'll get at minimum 1x2GB in the PS4 and NextBox and we'll be lucky if we can get 4. Nintendo is a wild card though and not in a good way, at most I expect 1GB from them.
U

If consoles get 4 GB RAM then that would be amazing. But in all reality, it would probably be just two.
D

How expensive is it really to put atleast 2 gigs of ram into a freakin game machine anyways? I didnt even know the current gen systems were severely lacking in ram.
S

Is there a reason why consoles can't just go overkill with RAM since it's cheap? Or is there a technical reason for it?
K

I can't wait until we get rid of ram. One day, one day ram will be a thing of the past.
S

Now, correct me if I'm wrong as my knowledge on the technical area isn't up to snuff - No games, what I know of, uses over 2GB of active memory on the PC - A place where developers have the ability to. Why the fuck would they need 8GB all of a sudden?

Inability to limit themselves and just want to shovel massive textures and cache into the RAM?
A

Do PC games even use over 4 Gigs of RAM?
Honestly?
Geeze...
W

That is far too much for a console. They are aware that most of the RAM goes into the games on consoles unlike PC and phones yes?
A

Fine, but only if no game is allowed to exceed 8GB in size. /trollface
D

Tell me how to fit all those RAM chips on the console board.

2 or 4 GB of fast RAM is more likely. And I think that speed is more important than massive amounts of RAM anyway.

I don't quite think people understand what an enormous upgrade even 2GB represents.
H

What was the maximum RAM Crysis 1 used? Probably under 2GB, I assume?
C

Grinchy said:
Wouldn't 8GB in a game-centric machine be equivalent to WAY more than 8GB in a PC?
Click to expand...

I think its mostly video ram on consoles, so yeah, 8GB would be like cross-firing four 6970s on PC. I'd say maximum 2GB vram and maybe 2GB slower system ram as buffer.
N

Do they mean VRAM? If so that is a lot... sounds good to me
E

survivor said:
Is there a reason why consoles can't just go overkill with RAM since it's cheap? Or is there a technical reason for it?
Click to expand...

8GB is a nice number. Games made for that console will drive the PC market for another upgrade.

Fine by me. Memory is cheap.
L

from the same article
J

I admit I'm not a specs nerd but it is my understanding that ram has come down in price significantly, so I presume more ram isn't quite as expensive as before.


Also this could just be crytek trying to get out now and put some pressure on Microsoft and Sony to make sure they dont gimp the ram again. Hopefully get some other companies to engage in the pressure too. Then Sony and Microsoft might think they need to put in 4 gigs instead of the 2 gigs they originally thought.

If I wanted 4gigs and I was trying to exert pressure I'd come out and say I want 8 gigs. You always start at a higher position than where you want to compromise or end up. Otherwise you start at an already compromised position and only stand to go down from there.
D

nelsonroyale said:
Do they mean VRAM? If so that is a lot... sounds good to me
Click to expand...

Good luck with that. You should feel lucky if they'll have as much as 2 GB RAM.
W

No 8 GB is overkill and it actually does cost a lot.
D

How About No said:
Isn't that almost an entire DVD? lol

What was the maximum RAM Crysis 1 used? Probably under 2GB, I assume?
Click to expand...

Why the fuck would you want THAT MUCH memory on a freaking console??? Not even on PC people have that much (the average consumer that is), people on PC do just fine on 4Gb nowadays, more than that for gaming is a bit over the top.

I think the next consoles are going to need to have a lot of memory going forward. I won't pretend to know a lot about this kind of stuff or what would be a good amount for the next generation to have but there are game out now like MAG where there was a lot of stuff they wanted into the game but they were really limited by the memory.

We might not be able to see all of the benefits now but down the line it could really do great things for gaming.
M

A reliable, quality and fast chip of 8GB RAM isn't cheap, and will bump up the cost of a console significantly.
C

It's nice to want things.
B

I never understood why the current consoles had so little RAM. It's not that expensive anymore. There's no reason to have under 1GB.
L

hahaha i seriously bust out laughing when I read this. wow.
You must log in or register to reply here.