Steven Brandenburg also allegedly carried a handgun to work, and believed the sky was actually a “shield put up by the Government to prevent individuals from seeing God.”​

Steven Brandenburg also allegedly carried a handgun to work, and believed the sky was actually a “shield put up by the Government to prevent individuals from seeing God.”
www.thedailybeast.com

The Wisconsin pharmacist who intentionally sabotaged hundreds of doses of the Moderna coronavirus vaccine because he thought COVID-19 was a hoax, also believes the earth is flat and the sky is actually a “shield put up by the Government to prevent individuals from seeing God.”

That’s according to a newly-unsealed FBI search warrant application obtained by The Daily Beast, which the bureau filed earlier this month requesting permission to analyze an iPhone, a laptop, and a thumb drive seized from Steven Brandenburg when he was arrested in late December.

Federal authorities accused Brandenburg, 46, of purposely destroying 570 doses of the vaccine by twice removing a box containing the vials from a refrigerator at Advocate Aurora Health Systems in Grafton, WI, where he worked the night shift. Brandenburg knew this could spoil the vaccine, which can only survive for up to 12 hours outside of refrigeration, said prosecutors. The damaged doses that Brandenburg tampered with were subsequently given to at least 57 patients.

The warrant application, filed in federal court by FBI Special Agent Lindsay Schloemer, reveals that Brandenburg’s delusions went far beyond doubting the reality of the coronavirus. Not only did Brandenburg insist the “microchipped” vaccine would “turn off people’s birth control and make others infertile,” he was convinced that the physical world around him was not what it seemed, a coworker told investigators.

“Some of the conspiracy theories Brandenburg told [the coworker] about included: the earth is flat; the sky is not real, rather it is a shield put up by the Government to prevent individuals from seeing God; and Judgment Day is coming,” the 26-page filing says.

The coworker, identified in the document as pharmacy technician Sarah Sticker, told authorities that Brandenburg carried a .45-caliber handgun to work, which he said he needed “in case the military came to take him away.” Cops seized several firearms from Brandenburg’s home on New Year’s Eve.

Sticker, who is reportedly the one that discovered the vaccines Brandenburg removed from the refrigerator on Dec. 24 and Dec. 25, told investigators that Brandenburg tried to “guilt trip” her after learning she turned him in.

“If I lose this job, I lose my kids,” Brandenburg allegedly told Sticker, who said she feared Brandenburg was becoming “desperate” or “unhinged.”

Sticker, who was unable to be reached for comment, also told investigators she saw Brandenburg researching the vaccine on his work computer, looking to see if there was a mechanism on the boxes that tracked the vials’ temperature.

When interviewed by law enforcement, Brandenburg at first tried to explain away what he did as a simple mistake. He said that his attempt to render the vaccine doses ineffective was “a spontaneous act,” and that he “wasn’t thinking straight due to what was going on in his life.”

“Investigators asked how this could be a spontaneous act when Brandenburg did it two days in a row,” says the warrant application. “Brandenburg did not have an answer.”

In a subsequent interview, followed by an email included in the warrant application, Brandenburg confessed that he in fact did spoil the vaccines because he thought they would “alter the recipient’s DNA.” He further explained that he was in the midst of a “very contentious divorce” and wasn’t sleeping properly.

“My actions were inexcusable and I deeply apologize for the harm I have caused,” Brandenburg wrote.

According to divorce records reviewed by Milwaukee ABC News affiliate WISN, Brandenburg’s wife Gretchen told a judge that her husband was storing bulk food and guns in multiple rental units, fearing that the government was planning attacks on the electrical grid and the nation’s computer networks. She said she was so scared for her safety, and that of her children’s, that she left town.

Last week, Brandenburg—who has since been fired from his job—agreed to plead guilty to two counts of attempting to tamper with consumer products with reckless disregard, and faces up to 10 years in prison and a $250,000 fine on each charge. His lawyer, Jason Baltz, did not respond to a request for comment. Brandenburg is due back in court on Feb. 9.
Click to expand...

He needs a padded cell.
Reactions: NahaNago and Tesseract


Who knew that brainless conspiracy theories could lead to disruptive and dangerous behavior.
Reactions: QuantumZebra and BarringGaffner

Flat earth theory is so 2010s. I’m all about multi-planar earth now.

Also lock him up
Reactions: BarringGaffner and Maiden Voyage

needs some reclamation and reconstitution inside a trusted asylum

mental health is not good right now, everyone is rummaging through a myriad of reality portals
Reactions: Maiden Voyage

And this guy was a pharmacist?
What a whack job
Reactions: Tesseract

To be fair this guy was probably nuts even without any conspiracy theories
Reactions: HeresJohnny, Nobody_Important and Tesseract

Sounds like the type of guy that would firmly believe that Trump was/is a 40 year Russian asset.

ManofOne said:
Sounds like the type of guy that would firmly believe that Trump was/is a 40 year Russian asset.

That is some weak sauce comeback. You can do better. 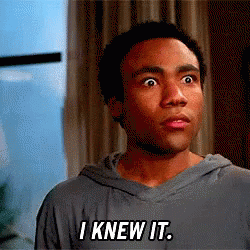 You knew he had to be crazy based on the risk vs reward of doing said act.

Who do you think does the maintenance on the sky shield. It's tripping me out.

Never get high on your own supply
Reactions: Tesseract and Maiden Voyage

Have there always been this many crazy people and we are just noticing them more? Or is this something new?

Easier to be seen and easier to convert more whackadoodles.

Let's base some laws on this guy's viewpoints.

always has been, we just used to keep them in asylums. Now thats considered hateful
Reactions: poodaddy
H

Did I just stumble into a gif-off?

sackings said:
always has been, we just used to keep them in asylums. Now thats considered hateful
Click to expand...

I think the internet has allowed theories and beliefs to be expanded and amplified, as well as provide a lot more stuff for the theorizing mind to grab hold of. The interesting part is that this guy isn't that different from most people. We can sit back and see the absurdity of his beliefs, but we almost all have trouble in recognizing the absurdity of our own beliefs that are generally operating on the same principles as the wackos. 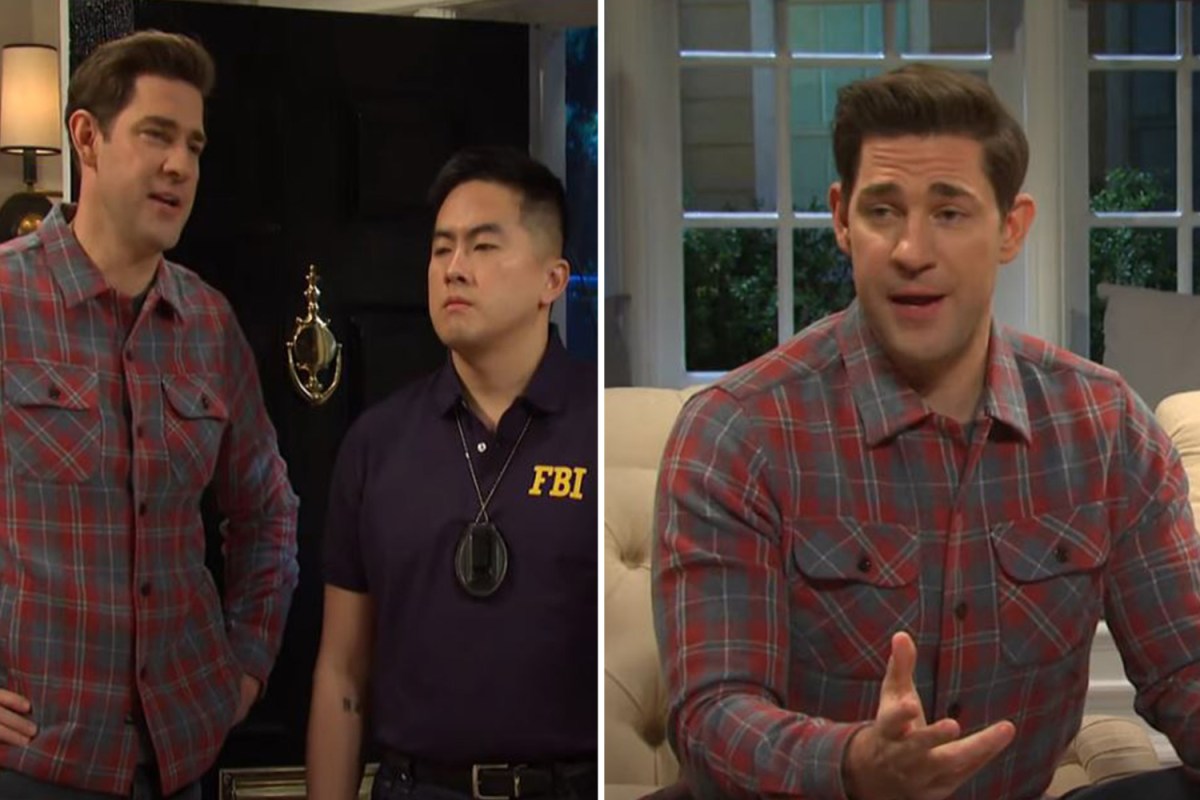 JOHN Krasinski took aim at Capitol rioters in a sketch for Saturday Night Live’s first episode of 2021. The Office actor, 41, played a character who gets arrested by an FBI agent during a qua…

Before the internet they got the proper feedback. Now, they get encouraged. EMBOLDENED even.
If noone in your group is able to engage with reality, you're gonna end up with some lunacy.
Reactions: BarringGaffner

How the fuck these people come to believe such utter nonsense is something I'll never understand. He's a pharmacist, you have to study for years for that, and presumably be smart. It's scary to think that these people are all around and you have no clue.
Reactions: poodaddy, Tesseract and ArtemisClydeFrog

Maiden Voyage said:
Who do you think does the maintenance on the sky shield. It's tripping me out.

Yeah the sky stuff is the craziest part. I mean flat earth is one thing, but "the government" building something of that scale, considering we've had reports of that "sky" stuff already existing thousands of years ago ? How did the antique "governments" build that thing ? (oh right, with alien technology they found in the pyramids...)
Reactions: Maiden Voyage and Tesseract

anyone can fall into these traps, even someone like kip thorne

Lol he was a prepper.

You don’t say.
You must log in or register to reply here.