Data corruption and lost save data is the cancer of video games that has never been solved.

Imagine pouring hundreds or even thousands of hours into a video game only for something stupid happening and losing your entire save data.

Data corruption, lost save data through connecting to servers, bad writing of game saves, accidental deletion can all contribute to loss of save data and it can all be disheartening.
Before anyone says "clouds saves" is the answer, cloud saves simply sync your save file as a backup. But what happens if your corrupt save gets synced up to the cloud? You are fucked either way.

It has happened twice in row now. I play for hours then exit to windows. When I return it sometimes loads a save that is several days old or one that is about one and a half days old. I've lost about seven hours of play time now. Has anyone else experienced this? Is it fixable? ♥♥♥♥♥♥♥♥ Ubisoft...

I've lost hundreds of hours on Mario Kart 7 after playing online and the game hanging on me only to restart to find my save data was being wiped.

For Mario Kart 7 on the 3DS, a GameFAQs message board topic titled "My Mario Kart 7 save data got corrupted :(".
gamefaqs.gamespot.com

I've lost hundreds of hours in Super Smash Bros. 3DS through data migration from 3DS to 3DS XL because I had a digital copy and Nintendo back then had this really outdated and stupid system.

I am beyond pissed at Nintendo at this point. Nintendo is anti-consumer.

To keep the story short.... I purchased the New Nintendo 3DS XL (Fire Emblem Fates Special Edition). I am upgrading from my Nintendo 3DS Phat from launch. I also want to go pro digital from now on. I purchased digitally the Super Smash Bros. 3DS game on my 3DS phat. I used the Save Data...

I've lost save data from gameboy games due to having an internal battery that died, goodbye Pokemon from Ruby, Hamtaro Ham-Hams Unite, etc. 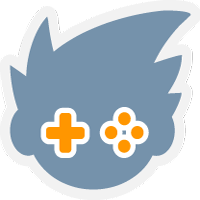 I'm working on a repair project and couldn't find any information on this. So, I decided I would start up a thread on which games require batteries to...

After such traumatic experiences, I've never gone to put many hours in a video game, not even to completion anymore because I know that developers will fuck up with their bad coding because of poor quality control and players will suffer because of it.
I'm glad hacking is a thing to get you an almost save state. Grinding in video games is a fucking bitch and save data corruption can really dishearten and put you off the game for good like that Monster Hunter World PC save data corruption. 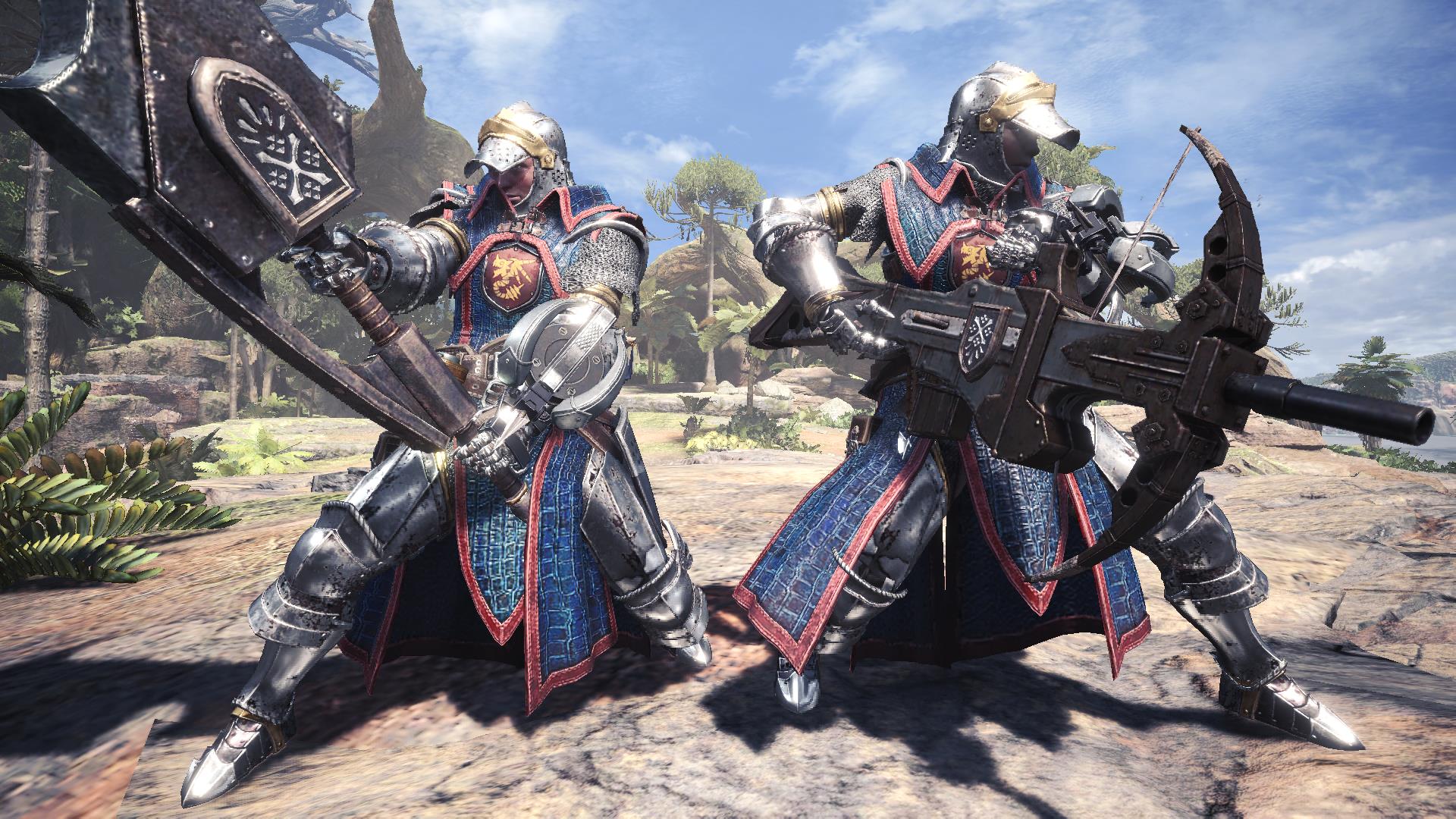 Monster Hunter World: Iceborne PC is deleting save files for some players

Some of those who jumped into Monster Hunter World: Iceborne immediately after its release found that their save files are gone.

Also what is with devs that put only one warning when deleting save data, I at least want 5 messages before telling me all my data will be wiped.
Also, I want multiple backups of backups of save files just in case the worse happens.

In Marvel Avengers there was this stupid fucking glitch that reset my character level from 50 to 0 and I had to restore my save, glad there was an option, if it didn't then this game can go fuck itself. Others were also experiencing such problems.

Video game fuck ups like these will always be remembered.

Any stories you've had which you lost save data?

Well, there was this fire in OVH server location this week that wiped our progress for Rust players, because the game owners didn't thought about backups apparently.
Last edited: Mar 12, 2021

I know it exists.

But luckily I never lose a save with data corruption.

BTW if your console shutdown while saving the file there is nothing it can be done... you will need to back to the last save.
Last edited: Mar 12, 2021

A good moment to learn about how you can backup all sorts of data. 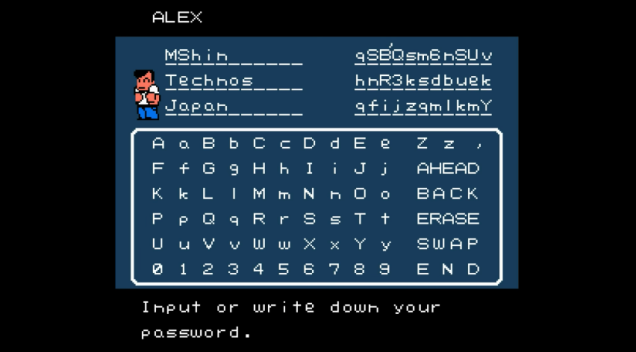 Yeah it sucks. I lost TLOU progress when they pushed that update out years ago that didn't save everyones progress. More recently I lost my entire Legion save. I've been quite lucky aside from that. My control one I lost a few hours in but it was enough to put me off.

At the end of the day it's a first world problem. Games are an entertainment product. They work 99% of the time and I really think although that 1% is infuriating, it's not worth getting too worked up over. I do think all devs should have a number of game saves though (like the last 5 or 6)

I know it happens, but I've never had save corruption.
Some asshole did save over my super mario world save though...

Data corruption is always there...waiting for its next victim.

My Switch was stolen a few months back, didn't have online so all saves gone, but I didnt mind that nearly as much as losing all my screenshots and videos:

And it will never be solved, it's not a matter of devs being bad or skimping out of QA testing, even with great devs and tons of polish you will still be able to find infinite bugs and unfortunately some will end up being game breaking.

It is solved. Its called devs allowing manual saves. Alot of games had that feature. Nowdays apparently is to much to ask ( i lost quite a lot of gameplay on Control cause of the sh***y autpsave/checkpoint system

Local backups are essential. If you can backup everything in a secondary hard drive, usb or memory card, do it. And do it regularly.

I'm sorry for your losses... in the plus side, backing everything up is way easier nowadays (you don't have to buy proprietary memory hardware anymore) and quite honestly, bugs with save data are pretty uncommon.
Last edited: Mar 12, 2021

Even games with autosaves can (and should) make more than 1 save. If I remember correctly, horizon makes 3 saves and cycles through them (in addition to the manual ones)
V

I just found this out when I started a New Game + on God of War. I got half way through and decided to go back to the previous ‘normal play through’ save file and finish off collectibles - but the game automatically saves about 5 different times within the space of 10 seconds. So it overwrote my new game + file because I hadn’t “manually” saved it myself. So it just continued to overwrite it. I’m only playing for the story this time anyway but I’m not going to play it again for some time. I’m in such a God of War era too

There are mission-critical data centers with drives failing and needing to be swapped literally due to the random chance of stray cosmic rays. We have redundant backups and raid setups, tape backups for financial institutions. All kinds of juggling data going on with modern tech. No solid total solution to prevent it, yet here we are whining about "tramatic experiences" when a server handshake kills your progress.

Like, seriously. Games are toys. If you are traumatized by the amount of wasted life you put into them ultimately getting that extra dose of meaninglessness; find a new hobby before you hurt yourself.
R

It exists outside of games as well. Anything digital runs with a risk of data corruption/loss of data. I took video production in high school and one of our videos got corrupted and we lost everything we did. Luckily the teacher was understanding and let us off the hook. I've also had music projects I've been working on get corrupted but luckily I back my stuff up onto separate hard drives because I know its always something that can happen. As others have said, making manual saves or backing your data up to a cloud server is a good way to make sure you don't lose too much progress. This problem is always going to be around in all formats so it's a good habit to be a bit paranoid and have a few backups going.

AC Valhalla has cost me over 10 hours of replay. I had to get the Excalibur tablets 2 separate times. This is really the only time I have had save games be lost on multiple occasions. It is garbage that Uplay is causing this.

I don't remember losing any saves on the NES, or any of my other consoles. I am sure it has happened though, I just can't remember.
You must log in or register to reply here.

Black_Stride replied
Dec 19, 2021
What are some example of excellent QoL features in video games.
2

LegendOfKage replied
Aug 30, 2022
You can no longer buy GTA Trilogy on PC, R* had "data files that were unintentionally included"
2