Dawn Of War 2 Confirmed! The Immortal Emperor Be Praised!

TemplaerDude said:
ok i'm not too sure because it's really convoluted and long, but i think you may have just described why it's more rps than any other rts.
Click to expand...

iapetus said:
No, it isn't okay.
Click to expand...

So that includes linking to another forum, where the screens were posted by the siteadmin?
A

TemplaerDude said:
ok i'm not too sure because it's really convoluted and long, but i think you may have just described why it's more rps than any other rts.
Click to expand...

And no, he basically said "If Mutalisks do or don't counter Medic&Marines depends on their numbers and your micro".

That's why "soft counters". Though some are more harsh... see "Siege Tanks vs M&M or Zerglings". Though they are not that good against Zealots, espcially speed upgraded ones.
F

Durante said:
I agree, after reading this thread seeing them was a bit anticlimactic.
Click to expand...

Yeah, those were hyped up so much... and then the scan quality was so low.
D

Looks like the game that the Warhammer 40k license was intended to produce!

On a tangent though; imagine a 40k MMO where you weren't controlling an individual character, but instead a squad of characters. 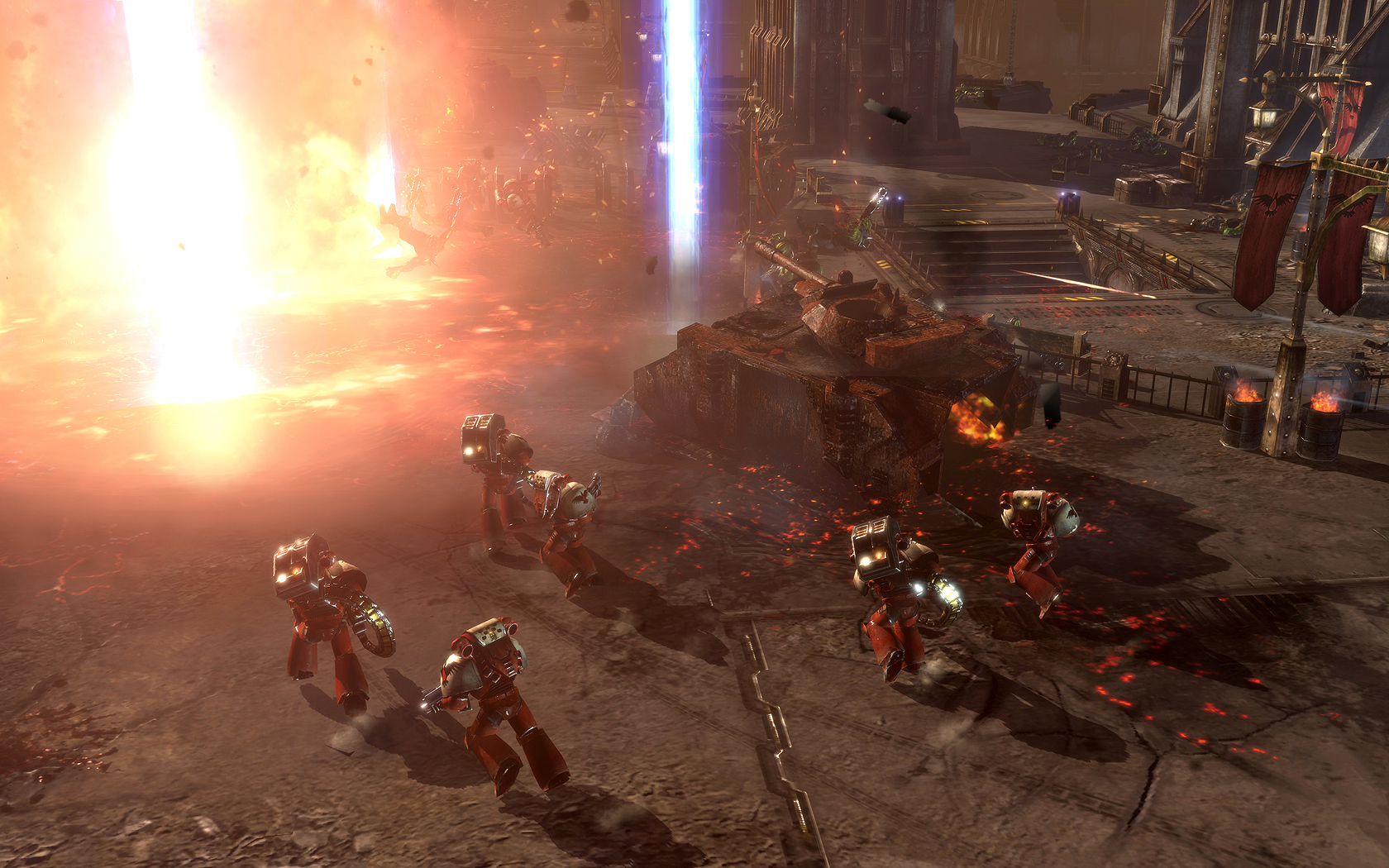 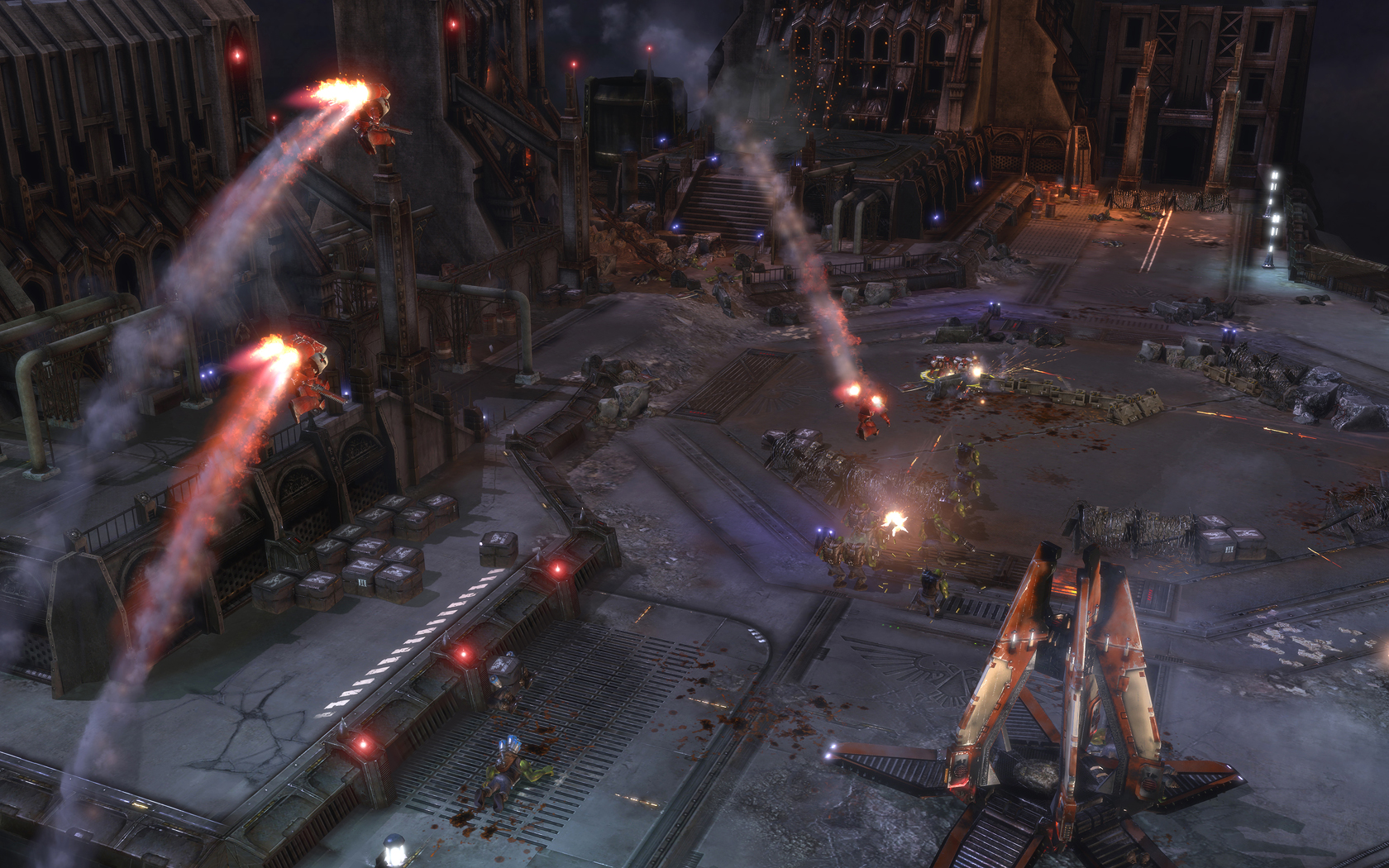 To admit defeat is to blaspheme against the Emperor.
T

I love the sound of it.
F

From the June 2008 PC Gamer (US), there are some more screens and some juicy bits:

- all races will be playable in the campaign
- for SM, you'll play through the campaign with the same set of squads with unique sargeants with their own VA work and abilities, etc. You can upgrade squads with wargear earned in missions by doing quest-like objectives and from killing tons of enemies for added customization.
- building garrisoning ala COH is in. Shows a screen of Ork Shoota Boyz fighting out the windows of a building.
- multiplayer mode is still hush hush, as is squad reinforcement details
- coh styled cover is apparently in

Worth getting the mag to see the screens IMO. Really impressive stuff.
S

I assume you have a subscription, Frag? I was curious when they'd hit subscribers in the US - the UK version was supposed to hit on April 10.

Probably later in the month is the retail version... damnit.
K

Okay, now that PAX is way over, I've been patiently waiting for a stream of new Dawn of War 2 gameplay vids but I've been sorely disappointed. Supposedly there is going to be an HD video released of direct-feed game footage sometime soon.

"The things I remember from Mark Noseworthy playing the DoW 2 'gameplay demo'. This is most of the stuff that should be in the HD Video that comes out whenever it gets put out, so if you want to watch that, this will be as much as I can remember and you might want to wait."
Click to expand...

The poster goes on about more juicy details so any DoW2 fans out there should give it a read.

Thats a quick look at whats been played in the office right now. Coming up in the weeks ahead we're going to be talking more about the Space Marines in Dawn of War II.
Click to expand...

Is there a modern console game like Third World War (Sega CD)?