Diablo Immortal: The game finally on consoles? the director of the license responds 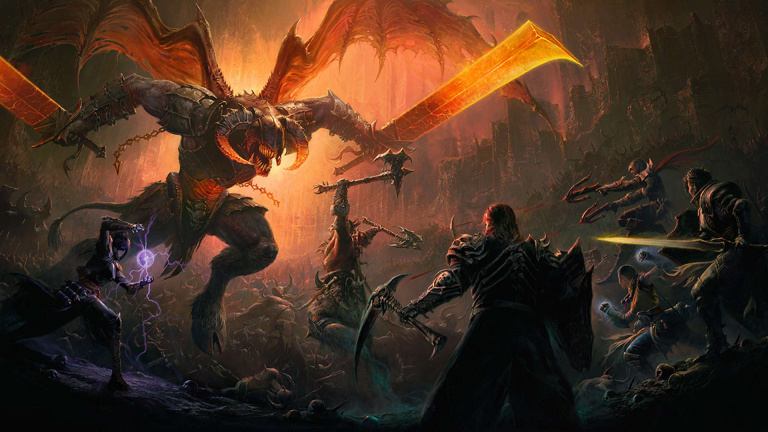 Initially announced as a mobile exclusive in 2018, it was ultimately to everyone's surprise that Blizzard also presented the game on PC at the start of the year. This version more or less corresponds to a "port", but will include several options specific to the platform with some display options in particular. The icing on the cake, controller fans can also use their favorite controller.

But since there's impromptu porting and controller support, why the hell wouldn't the game be released on consoles? To this question, Rod Fergusson, the director of the license, manages the feat of answering both clearly and evasively.

It was during a group interview that Rod Fergusson was able to provide some clarity about the question of a possible console port. For him, developing such a port requires significant additional work, but does not close the door to the idea.

I want to emphasize that controller support and console support are two very different things. Basically, I'm a never say never type, but we have nothing to announce or say today.
Click to expand...

Diablo Immortal on consoles is therefore not excluded, but not really planned on the side of Blizzard either. In fact, implementing gamepad support is more of an accessibility issue. A point of view shared by Joe Grubb, director of the game.

I think an important part of the gamepad support was that it was supposed to be included in the mobile version, so ultimately mobile and PC (...). It was part of our goal to bring Diablo Immortal to new audiences and make it more accessible. So it's just another possibility because some players prefer to play with the controller. We got a lot of feedback during the beta. So the decision was much more about fulfilling that desire of players and giving them more ways to engage with Immortal.
Click to expand...

Judging by the speed Blizzard works at (it took them 6(?) years to make a mobile game), this is coming to consoles in 2025 or so.

Isnt Diablo 4 slated to come out next year? Do we even need immortal in consoles if that’s the case?
Last edited: May 31, 2022

Waiting to see if it bombs or not, and then tweaking what they need later for ports. Would be really nice to have on all platforms along with cross save/play if possible.

It seems clear by their wording about the PC port that this is just a stop gap thing for a minority of players and not the intended way to play. I think they recognized that people can emulate the apps on PC anyway so they released it as a slightly better way than emulation. I doubt they want to deal with console certification for something that they are not specifically targeting to consoles.
A

lughnasadh123 said:
Waiting to see if it bombs or not, and then tweaking what they need later for ports. Would be really nice to have on all platforms along with cross save/play if possible.
Click to expand...

o_0. Is this not free to play with lootboxes?

ANDS said:
o_0. Is this not free to play with lootboxes?
Click to expand...

I don't think it's lootboxes. Why put money into porting something if it's not bringing in the money they want?
You must log in or register to reply here.

Fat Frog replied
May 23, 2022
Games Market Revenues Will Pass $200 Billion for the First Time in 2022 as the U.S. Overtakes China
Opinion Business Analysis