Digital Foundry: Our first look at the PlayStation 5 user interface - and it could be a game-changer

existensmaximum said:
I think this is exactly how it can, and is going to be used

How many game changers do we have now? SSD, controller, Ui. Did i miss something? Do they stack or do they change the game everytime?

Birdo said:
You won't believe what happens next.
Click to expand...
Microsoft hates what Sony has done with this UI.
Reactions: Gamerguy84

Definitely gonna watch this when i can..

turtlepowa said:
How many game changers do we have now? SSD, controller, Ui. Did i miss something? Do they stack or do they change the game everytime?
Click to expand...
Once you hit 5 game-changers inside one console they all merge and become one big game-changing game-changer, sort of like Power Ranger Zords transform into one bigger one.
Reactions: turtlepowa and timmyp53

fersnake said:
so what's left from sony to show?
Click to expand...
looks to be similar to the ps4 setup on the ui but my top questions

Is the psn store still locked to the account creator region and can u change regions ?

what ssds can you use and is the internal drive really 620gb available ?

Other bc related features (boost mode)

have they changed how refunds/preorders work on psn (like ms/steam?)

Will cross gen titles allow ds4 use?
Last edited: Friday at 8:47 AM

alucard0712_rus said:
Just for fun: is anyone really expecting 2-3 sec. loading times?
Click to expand...
For some games during quick resume.......Yes.

turtlepowa said:
How many game changers do we have now? SSD, controller, Ui. Did i miss something? Do they stack or do they change the game everytime?
Click to expand...
Well Sony is trying some innovations with their products so it's normal some people are going to call some things "game changers".

Whether it is to you it's up to you to decide.

I personally think the I/O, UI and controller are the things that are getting changed the most when it comes to the PS5.

I had an impression the UI is rather messy. To much shit, to many colours. 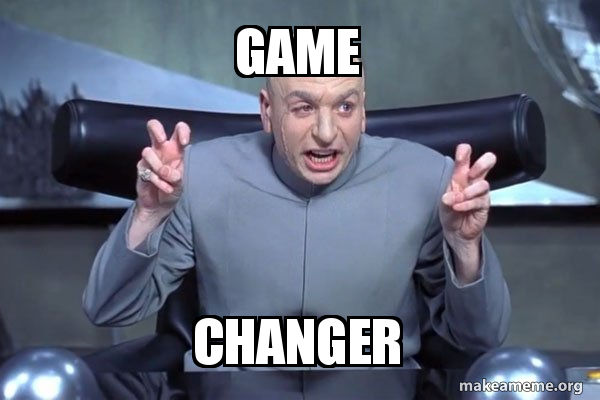 Click to expand...
Isnt a lot of that stuff already on xbox, just presented differently? Like tracking the stuff you need to do? Xbox had that for ages.

Although it does show the importance of aesthetics. You can have something, but if its not easy to use or visually pleasing, then its like you never had it.

I think it's about time Sony sent units to the media in mass.
Reactions: Gamerguy84

VincentMatts said:
Although it does show the importance of aesthetics. You can have something, but if its not easy to use or visually pleasing, then its like you never had it.
Click to expand...
Easy to use is the main point here, reducing friction for completing a task is an art that not all interface designers do well.

You can see Sony put a lot of thought and love in their console's interface (same with the PS4), putting the user experience in the center, this is no small feat.

If you are not convinced, lookup smartphones from before the iPhone's release, many had all the features, including the touch screen... However with lackluster implementation, it's all moot. Same with the tablets, MS had touch screen support in windows since the early 2000s, it was just bolted on, and nobody cared for it.
F

turtlepowa said:
How many game changers do we have now? SSD, controller, Ui. Did i miss something? Do they stack or do they change the game everytime?
Click to expand...
What may be a game changer to one person is not necessarily a game changer to another. So, when you go all out and address everything that your customers ask for you end up with a lot of happy people. The controller people look to be pleased. The UI people are happy with the reveal. The noisy PS4 people are pleased with the cooling and fan. The, it’s all about games people, are covered day 1 and backwards and forwards. The technology people have the fastest SSD available anywhere. The surround sound and headphones people are getting a game-centric 3d audio system. I think the only people who are disappointed are the tiny form factor people but that doesn’t exist so may as well go big.

SLoWMoTIoN said:
I don't see the difference between it and the 4's UI.
Click to expand...