There was a time when you would buy for $1 or $5, or receive in a mag subscription, or receive when you ordered more than $20 at a fast food joint, a Demo disc for various gaming systems.

The Demo disc could contain 5 to up to 30 games, and can range from playable demos, to prerecorded gameplay, and even trailers.

Unlike modern demos sometimes the discs also came with bonuses, art, interviews, and ways to obtain games at discount such as coupon codes you had to write down. The demos were also much longer, and sometimes a huge chunk of the game finished or not is on the disc so if you were crafty you could access several other levels if you knew what to do, though most of the time the graphics weren't entirely complete.

Sometimes big game releases themselves had demos if you imputed a code at the start menu or in game.

Discs are slightly useless now since most games install data and rarely read the disc itself, but it would be cool if third and first party's put out demo collections digitally or on disc that you can get free through various means or for a cheap price like $1 or $2 with 20 to 30 games all in one interactive hub.

Some of the UI on the demo discs were freaking awesome and some even had multiple unique soundtracks. A digital version could link you to the game page at release and get you a discount you normally wouldn't receive. There are so many ways for demo compilations to be relevant again.

Gamepass is more of a trial with timed rotation, and you have to install and try out games one at a time and need to pay for a sub so it's more costly and not as convenient. I bring this up because I know someone will mention it.
Reactions: Guardian's Light, Bluecondor, YOU PC BRO?! and 10 others

But, I suppose those have been replaced by the internet.
Reactions: LNXD, PayoLoko, Knightime_X and 2 others

I fondly remember spending time with a bunch of PS1 demo disks. I still have some of them. Demo 1 was iconic.

I also remember some nice soundtracks, even during gameplay demos. I remember a NBA demo where there was this amazing music during gameplay that i don't think it existed in the final game.
Reactions: jaysius

I really liked them on Saturn and Dreamcast.
Reactions: Bluecondor, BlackTron, Unknown? and 2 others
P

But, I suppose those have been replaced by the internet.
Click to expand...

I never download demos, used to use the PS2 demo discs all the time though. They were brilliant. Had demos discs with Dark Cloud, Klonoa 2 and one of the Ratchet games on it - quality.
Reactions: Shivvy24

I was going to type "Yeah sure" for many of the reasons you outlined, but then I realized that like most shit from back in the day, what I really miss is just not being an adult.
Reactions: Guardian's Light, Larxia, SenkiDala and 7 others

I used to have a collection of demo discs. They were from my subscription of Official Xbox Magazine. It was the only way for me to play demos at the time on the original xbox. I loved playing all sorts of new games each month. Not to mention videos of games. In the end I think I sold all my demo discs at a garage sale. But I wish I would have kept them to sell on ebay or something.
Reactions: soulbait

Not demos, but the way of discovering new games is what I mean.

I think there was some reason why developers didn't like demos. Don't know what it is, but I'm pretty sure I heard it somewhere.

The download demo era was a huge welcome so no.

Shareware was the true golden age..
Reactions: ymoc, dezzy8, MiguelItUp and 5 others

as a kid we had a pc but never got any full games so relied on demo discs. my early PC memories are from playing demos. i don't miss them but i only have nostalgia for them.
Last edited: Jul 1, 2021
Reactions: Shivvy24

I miss them, but far too many people slam demo's and judge them as finished products. Can't blame developers for not make demo's these days

Not really i was a sega kid.
I miss manuals tho

I miss my mom telling me she isn't paying $9 for a magazine, while in the checkout line. I'd usually put it back and grab a comic off the spinner rack. But every once in a while...
Reactions: fart town usa

Missing the days of Playstation Underground/Magazine subscriptions. I remember replaying the Chrono Cross trailer over and over again. Then I was able to get it on the PS Mag edition 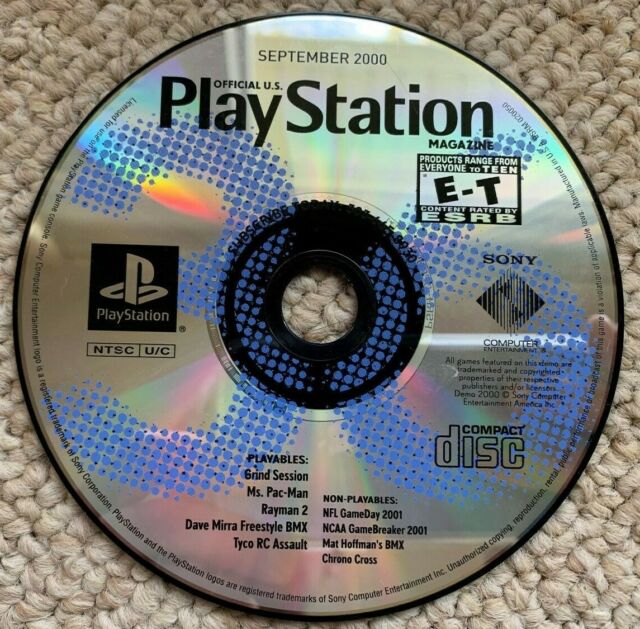 I view GamePass as those modern day demo disks. I don't mind buying a game outright, but I would like to know if it is shit first or not when an actual demo is not available.

Haven’t used physical media since 2015, in any form.

They were pretty cool because they got you trying out games you wouldn't otherwise; games that you wouldn't go out of your way to download a demo for. But hey, after you've tried out the one game you were already interested in and the disc is still in the console? Why not try out that other game belonging to a genre you don't normally play and maybe be pleasantly surprised?
C

Like everyone else back then, I was addicted to Tony Hawk's Pro Skater before it was even released thanks to a demo disc.

With digital storefronts nowadays I'm kinda surprised that more demos don't get released. PC seems to get a lot, but not so much on the console space.
Reactions: Unknown?, fart town usa and ArtemisClydeFrog

I kept a PS1 demo disc on hand to do the swap trick to load the games I copied. Worked great.
Reactions: fart town usa

That scent of nostalgia
Reactions: The Dead Flag Blues, YCoCg and Aldynes

I had a bunch of the pc gamer disk. Found several games I liked off of those.

Yeah, demos in general were nice and I wish they were more common. The curation of a disc added something too, I suppose, but more than that I miss the prevalence of demos.

Even more than that I miss those crazy shareware CDs that would have like 100 DOS games on them, all kinds of goofy shit to explore.
Reactions: ymoc

Yes but now subscription services are my replacement.

It's far better than the barren days when things transitioned to being digital/online and you'd be lucky to get a demo without pre-ordering a game.

I miss them as much as I miss AOL discs. 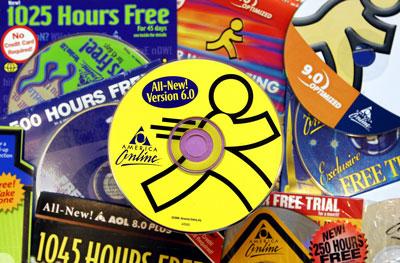 Cert.in.Death said:
Haven’t used physical media since 2015, in any form.
Click to expand...

That's edgy but OP was asking if you missed them

But yeah, I miss them. Loved getting the ones in the old Playstation magazines and OXM.
Last edited: Jul 1, 2021
Reactions: FoundryMusic

Yes, I miss the bulk they give in mags.

Yeah for sure. Same way I miss buying SNES games at Toys R Us. Yeah the current way is definitely better, but there is still, absolutely, something lost with not having everything on demand, and having something physical to hold when you do find what you're looking for.

That happens when you get old.

Back in the day demo discs were selling consoles you know.

Yeah they were fun.

I remember my Ps1 came with Tomb Raider 1 and an Eidos Demo disc with stuff like Soul Reaver and Gex. I played that more than the actual Full copy of Tomb Raider

ArtemisClydeFrog said:
That's edgy but OP was asking if you missed them

But yeah, I miss them. Loved getting the ones in the old Playstation magazines and OXM.
Click to expand...

I have fond memories of them, but have no interest in demos. YouTube gameplay clips are enough for me.
Reactions: ArtemisClydeFrog

I remember PS1 demo disk's used to have those Net Yaroze games on, probably what would be indie games today I remember one that had a two player mode which seen you trying to destroy each others base with your aircraft. Was a good distraction for a couple of hours...
Reactions: GymWolf

Yep, i loved that shit.


This music was dope

There's a electronics only shop connected to Goodwill in my town. They compile all kinds of stuff from my region, lots of random odds and ends. Occasionally they have old PSX demo discs, I usually pick them up. Last one I got had Grind Session on it, pretty cool. I don't miss Demo Discs but they're cool to have as a novelty.

One thing I do miss is the video show/demo content that was on PS3. 'Pulse' it might have been called? It wasn't anything incredibly special but it was entertaining content and sometimes had exclusives demos or mini games. I have probably 2 years worth on my PS3.

Also, there's a PSX style demo disc scene on the internet. I can't remember how I stumbled on it but it's really cool. Better than anything officially released.

Admission is FREE! Visit now, and you might even leave alive...

I miss everything physical.
This and also game manual aka mini artbook.
Damn, I'm getting old.

By the way, PSVR got 3 physical demo discs, but not available separately (for physical, still available for free on PSN), but can be bought on ebay.
Last edited: Jul 2, 2021
Reactions: GymWolf

I used to love the pcgamer demo discs. It was also one of the only ways you could update your pc with the latest directx.
Psone demo discs from the official magazine was also top notch.

Yes, I miss more games having demos.
It's especially rare for a game to release a demo on PC
Y

Shit man, of course, here in Europe we also had some banging tunes on these:

I still remember that infamous demo disk for the 360 at launch that had all those demo's on it, including that Saints Row demo. Man me and my friend played those demo's to death.
I still miss gaming mags too, but as with most things, the internet has destroyed that.
Last edited: Jul 2, 2021

A curated selection of demos on a disc always encouraged me to play through every one to completion.

Now, I download a handful of demos during Steam promo events and I end up uninstalling if there's too many dialog boxes or a boring tutorial.

Nintendo figured out you could charge $60 for a demo and people will still buy it (1-2 Switch FTW...)
Joking aside I enjoyed demo discs. Especially the ones that came with PSX and OXM mags. The $9.99 Playstation underground discs sold in EBgames not so much.
The way news is released now sucks. Fake leaks dripped out by companies, "streamer" inside info most of it is controlled marketing campaign by the publishers anyway. Then it's regurgitated on Youtube.
Despite all the inherent flaws I prefer the way magazines handled news to this day. If there was a July 2021 issue of Nintendo Power I would be signed up for it!

It was very cool back in the day. I do wish I could try out any game I want for a few from the digital store.
You must log in or register to reply here.