Do you think we'll see Bloodborne 2 at E3? Bloodborne is basically one of gaf's darlings and I imagine the site would get excited if a sequel was announced.
Since it's close to E3......think it will happen or will FromSoft show something different like Armored Core?

Also something interesting from a Yoshida's Twitter in February. 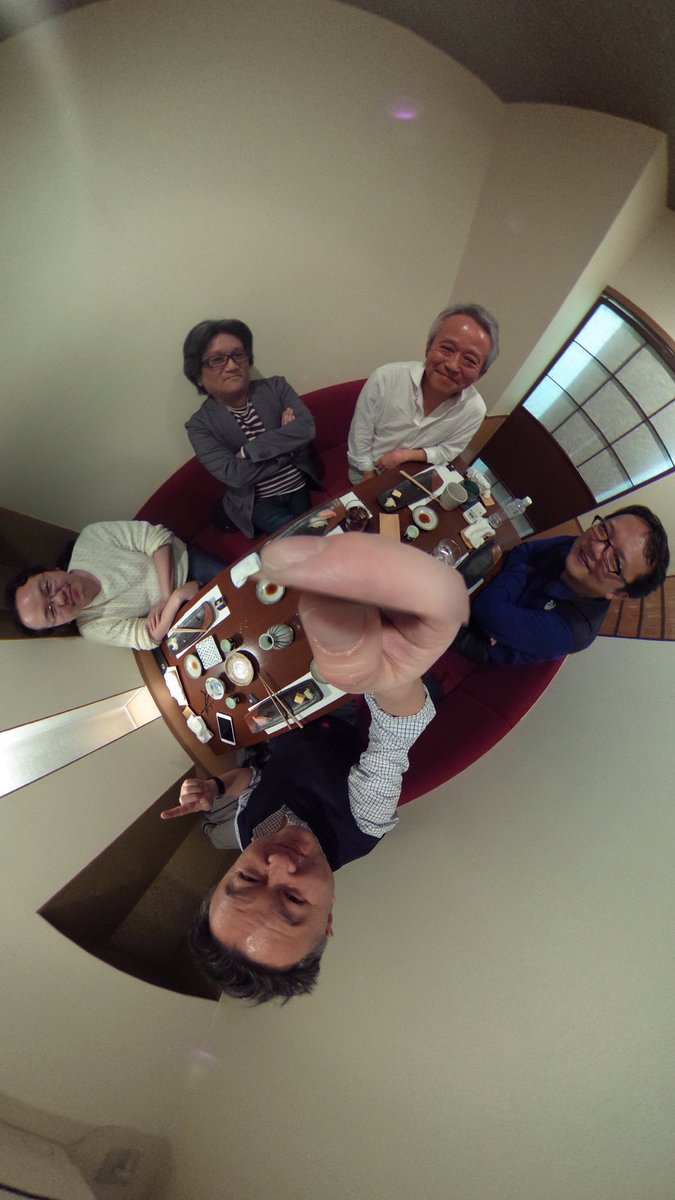 Recognize anyone in that photo?
I

Damn, that title got me hyped.
C

If I were to guess, I'd say a new FROM exclusive will be announced for the PS4 but it won't be Bloodborne 2.
P

I hope so, but I think it will be a new IP from them again!
T

For the love of fuck.
M

you know what you were doing with that title
I

Thought this was a leak thread.
Now I am sad.
R

That's some title for what is basically a loose speculation thread.
P

Wait, I'm confused. Is that massive banner for Bloodborne 2 fanmade? The thread title makes out the game has been confirmed?
V

Why are people so bad at naming thread titles
L

I thought this was an announcement.
W

I'm of the belief that we will see whatever the next Action RPG they're working on at E3 whether that be Bloodborne 2 or something that expands upon the Souls foundation. Armored Core is a PSX level announcement. It doesn't have the reputation or sales potential of a Souls despite its history. It will not appeal to the Souls audience either.
T

This should be bannable

Bloodborne 2, or a new Souls like based on Deep Sea mythos
J

Huh i didn't know it had been announced already, i hope it's fun
J

This user did the same title bait as the metroid thread.
V

What the fuck is with the Thread titles this week!
S

hatchx said:
I thought this was an announcement.
Click to expand...

They are going to announce a Castlevania 4 remake.

How could you think this was an appropriate thread title?
H

We had another one just this week.

For some reason, I wished Shu would've gave the middle finger in that pic.
L

Bait as all hell
R

Mods work fast on adding that ?
I

This would make my E3. This or a Souls title for the Switch.
M

You're pushing it OP, this is the second time now.
G

I hope not. New IP from Miyazaki would be the best. And it's what he said he's working on quite a few times now. A Bloodborne 2 would feel forced as hell.
G

Finishoff said:
This user did the same title bait as the metroid thread.
Click to expand...

Don't think there's much to expect anything for e3 specifically but a reveal would be enough for me to call Sony conference a win. Give me my rakuyo and send me back in.
S

Okay, I knew it wasn't going to be a leak. You REALLY did not need to put up a fan poster. God I would be pissed if I actually thought this was a leak only to scroll and find the truth lol.
N

I thought a significant report dropped about Bloodborne 2 dropped.

Still, that photo could point towards Bloodborne 2 being a thing....I guess.
S

Maybe or maybe micosoft have been making it rain at fromsoft for a exclusive.
G

Are people not seeing the ? In the title or was that added after by mods.
L

E3 got some of y'all in a frenzy

Are you crazy writing such a title when E3 is around the corner!?
You must log in or register to reply here.