Does anyone else miss cheat codes

I do but the age of internet made it pretty much useless.

Darko said:
I need one for that new tony hawk to unlock the levels
Click to expand...

What you stuck on?


Videospel said:
What? Does it work for Steam as well? I hit a plateau in the game where it's too hard to be fun.
Click to expand...

Its just the UE version afaik, I used them on my PS5 playthrough because I already beat it on PC and I couldn't be bothered with the Expeditions crap, thats the worst, most rubbish padding in the game. I just turned on one hit kill to grind out the 3 and 5 token expeditions to see the reward outfit. I was at the end of the game and had done everything else so I literally just turned it off when after I ran around in it for a minute lol.

Oh I also used the immortality cheat to get through the Feedback Loop without hassle, I definitely could've done it but I was just tired of repeating the Mold boss, that was conceptually very cool but I found it annoying in practice. In fact I know why that is, that boss really wanted you to use the shield and I was determined to not use the Shield through the whole game for some reason lol, so totally my fault.

PM me and tell me about the plateu you've hit, I might be able to help. The game gives a lot of freedom to make "builds" but when you are a high levels you really need to stack damage mods on the guns to bring the Time To Kill down to a reasonable/fun level. Also you can make it much more fun/playable if use a Energy Regen Speed + Launch % Cost Reduction personal mods. You should also pump all your points into Launch before anything else except put a few in Health if you keep dying in a couple of hits.

I think if you've played Diablo before you will understand how some synergies are crap while others are insanely game changing but might not be obvious to most people. Anyway, PM me your problem and I'll try to help if you like, last resort before cheating ya know.

Cutting down on repetitive 20 hour grinding in RPGs was made so much easier.
Reactions: nightmare-slain and Kuranghi

Never really used cheat codes unless it was pissing on the AI with Arch Angels in Heroes of M&M 3.

Not a cheat really, but a bonus unlock. But I loved in RE you could get unlimited rocket launcher if you beat the game under 3 hours (I think). Probably the only lengthy SP game I ever beat 3 times. Once normal, once asap, once with rockets.

It was good when you had to figure them out yourself, or buy gaming magazines, now with the internet, it's so easy to find a "cheat" code you may as well make a menu for it in-game instead of requiring some sort of code to unlock it

Gamewinners.com was one of my favorite sites back in the day

I don't miss them because I game on PC and I can use them anytime.
Reactions: nightmare-slain

i loved using my gameshark with my pokemon games. i used to use this site:

Pokemon Gameboy Tips brought to you by the PoJo
www.pojo.com

some of my favourites:

Age of Empires was made infinitely better with the cheats. 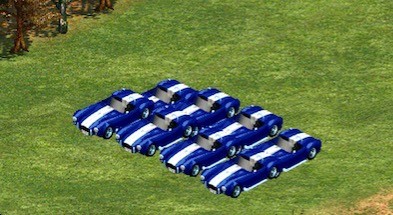 Insane Metal said:
I do but the age of internet made it pretty much useless.
Click to expand...

It shouldn't. Cheats don't have to be activated via code-inputs. They are earned in some games, like GoldenEye, for clearing missions in a fast enough time. They are for fun and can't be used to advance levels.
Reactions: SpongebobSquaredance and Insane Metal
You must log in or register to reply here.

Jun 13, 2021 started VGEsoterica
Jun 13, 2021
VGEsoterica
Does anyone else have a complicated relationship with the Zelda franchise?