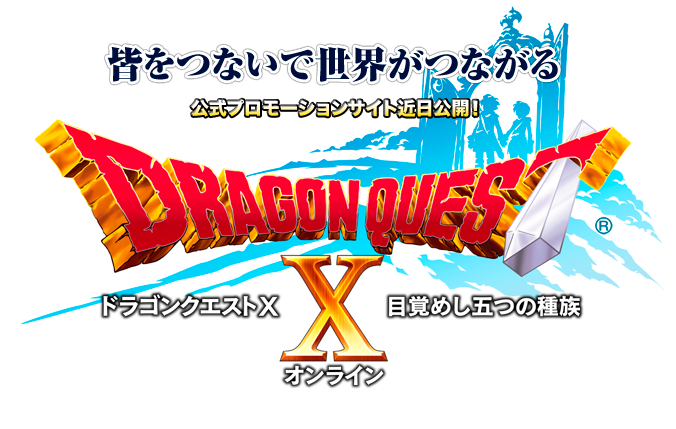 
Details:
- First internally developed DQ game at Square Enix
- Produced by Yosuke Saito (NIER) and directed by Jin Fujisawa (DQ8, DQ9)
- Online RPG for Wii and WiiU
- The Wii version will be released in 2012 in Japan, no date for WiiU version
- The WiiU version will have much better graphics, but the world will be the same
- The opening movie is by Square Visual Works

- The game takes place in a world with 5 continents, and 5 different races/tribes living in them
- Massive world and story that builds on the foundations of DQ9's ideas
- Visible equipment
- For those who play alone there will be NPCs who can be recruited into the party and driven by AI
- There are battle transitions, and the combat commands at menu based, but the player only controls his/her character

- The website lists "Price / usage fee: TBD" (Thanks Jonnyram)
- 1UP has a detailed write-up here.
- One player can create three characters. i.e. You have three character slots if you want to switch between different race/class builds.
- There's gameplay footage here.

- "When you start the game, the first few hours can be played offline. To play all of the game you will require an internet connection."

Q. Besides buying the software package, will there be any other fees to play?

A. Yes, playing online requires payment of a separate fee.
Click to expand... There's a large chance of this having a subscription fee.


Jonnyram said:
It actually says "Price / usage fee: TBD" on the Japanese page, so I would 100% expect a monthly fee, at least in Japan. Nintendo might help make it free in the West though, like MH Tri:
http://www.dragonquest.jp/news/detail/367/
Click to expand...

Square Enix is readying a new large scale Massively Multiplayer Online title to be announced some time this fiscal year. The company made brief mention of this new game during its May 13 earnings briefing. A full transcript of the briefing was posted today at the company's IR page.

According to the transcript, Square Enix hopes aims to operate two to three large scale MMO titles simultaneously, a target it feels will allow it to have stable cash flow. It says that it is developing one more title in addition to Final Fantasy XIV, and it hopes to announce the game during the fiscal year.

The transcript also makes note of the problems faced by FFXIV, saying the game will take a bit more time, but they're at the point where they can see the target.
Click to expand...

Please turn off all electronic devices.
A

duckroll said:
Note: There is an English liveblog at Andriasang, and there will be people posting in the thread who know Japanese. It is appreciated if those who do not, refrain from using machine translations or guesswork to post news or information in this thread for the duration of the conference. It will only add to confusion.
Click to expand...

Quoting this for emphasis. Please just leave the translations to us, or we will get tons of confusion like in the last thread.
G

I am a little worried about the no sound xD

Edit - I think i hear something!
M

Oh man, I'm watching this, and the only audio I have is the Cat in the Hat movie on the TV in the background. A girl in a schoolgirl outfit walked past the screen, and I heard The Cat say, "Dirty hoe." And I laughed.
D

we got sound we got hype
N

Wow, wondered what happened for a sec. Let's get this party started!
P

Sound is up!
S

Sound is on now!
N

Guys that's not real sound. It's all fake. This whole conference is a fucking lie.

This music is a love letter from DQ.

Sound quality sounds like it's another DS title!
V

We got sound. Whew. was getting worried there.
T


come at me bro
K

Suddenly I heard sound coming from my tablet, went "What the hell?" then realized "Oh yeah, the conference."
D 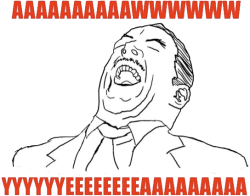 Well, this is pleasant.
X

I got audio
T

Sound AND speech. Get ready, guys.
You must log in or register to reply here.